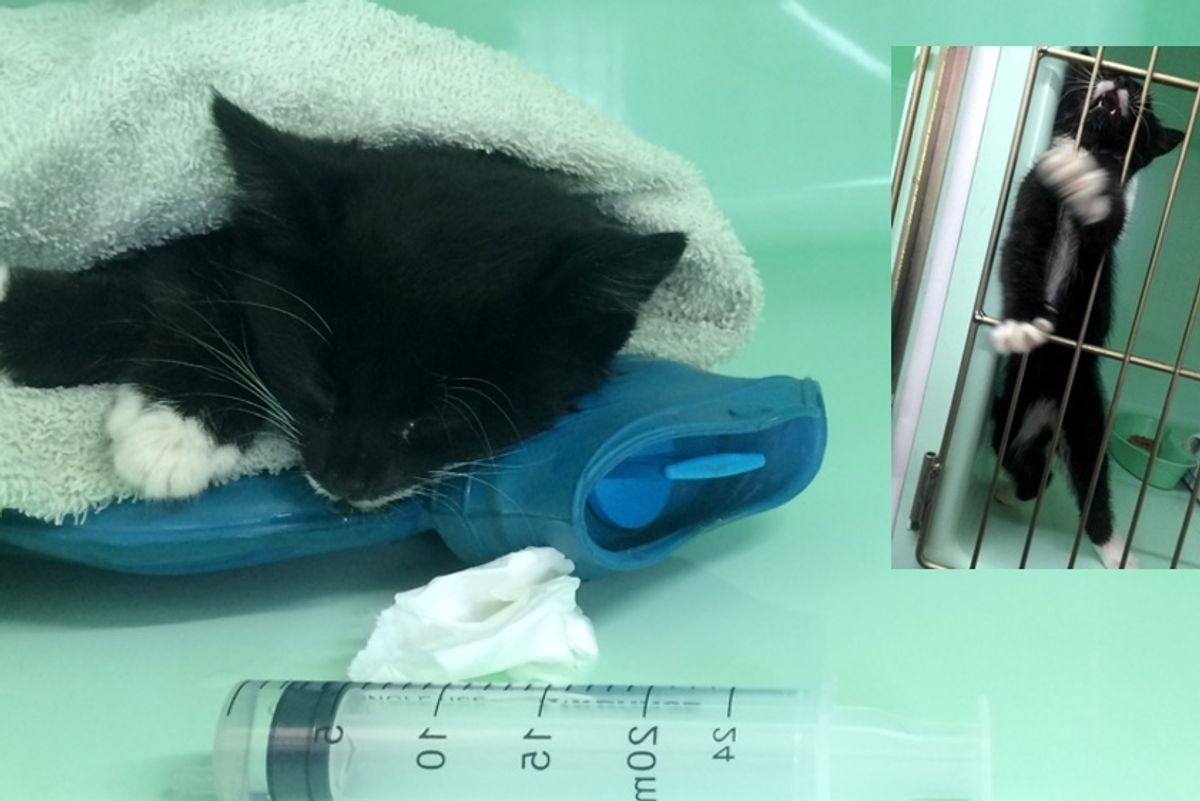 Kitten Brought in Completely Lifeless, After 3 Hours of Dripping Fluids and Care...

They brought in a stray kitten found on the side of the road, completely lifeless. After hours of dripping fluids and care, the kitten made the greatest comeback! 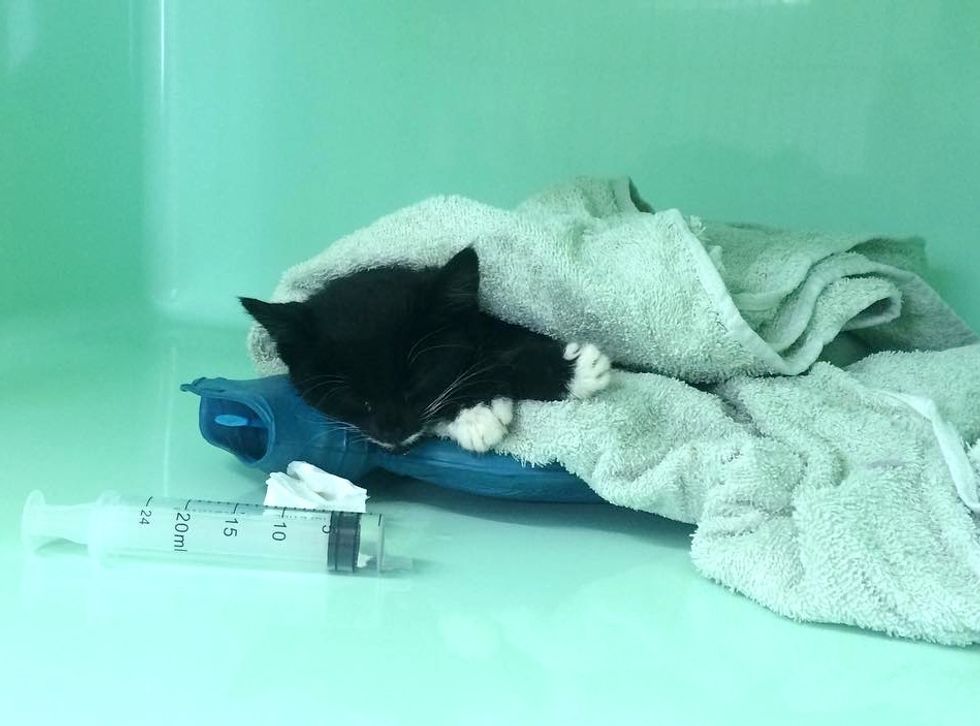 The scrawny little kitten was brought into the vet clinic in a t-shirt, not moving at all.

"I honestly thought he was a dead kitten. Three hours of dripping fluids and honey into his mouth he's ready to go!" Jessamin, a vet nurse, shares Love Meow.

The kitten was just minutes away from death hours before that. He was emanated and desperately dehydrated. The veterinary staff wasn't sure if the tiny feline would make it, but they were determined to try everything they could to save him.

"I dribbled mouthfuls of fluids to him about 3ml per go. We use veterinary grade activated manuka honey but I'm sure any kind will suffice in a jam.

"It took him several hours to even really become conscious but he slowly came through." 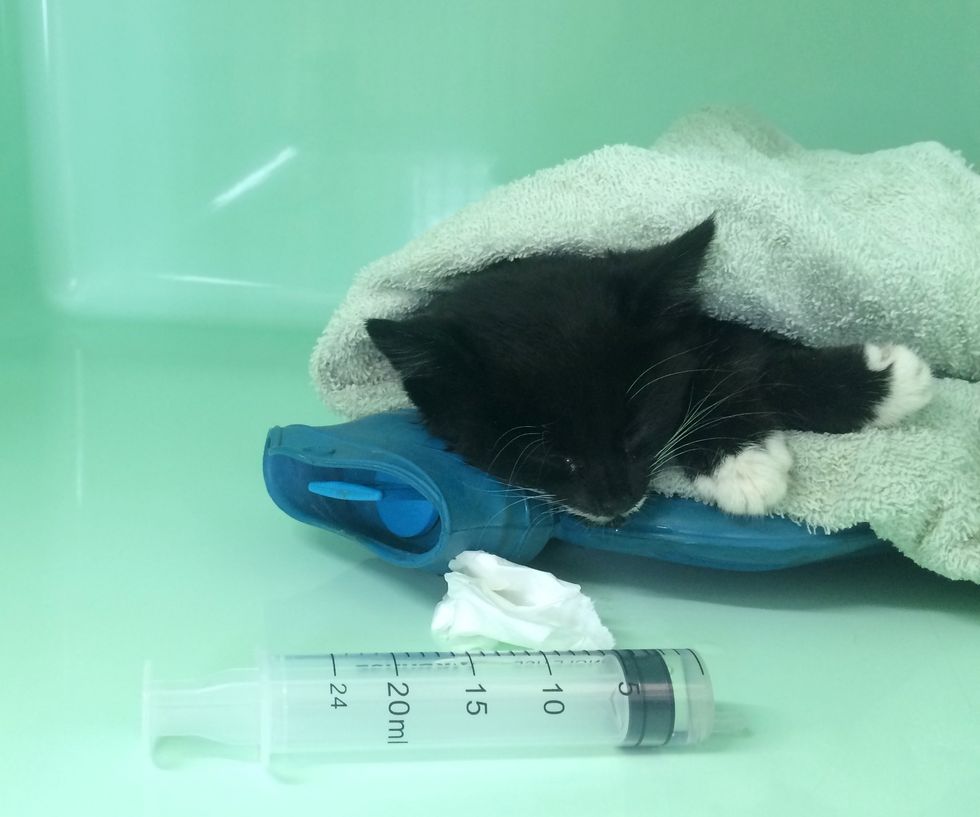 "Ideally he would have gotten IV fluids but unfortunately he is so small and so sick we would have struggled to get a vein," Jessamin said.

"The honey can be absorbed and give them enough energy to not die until they're capable of eating." 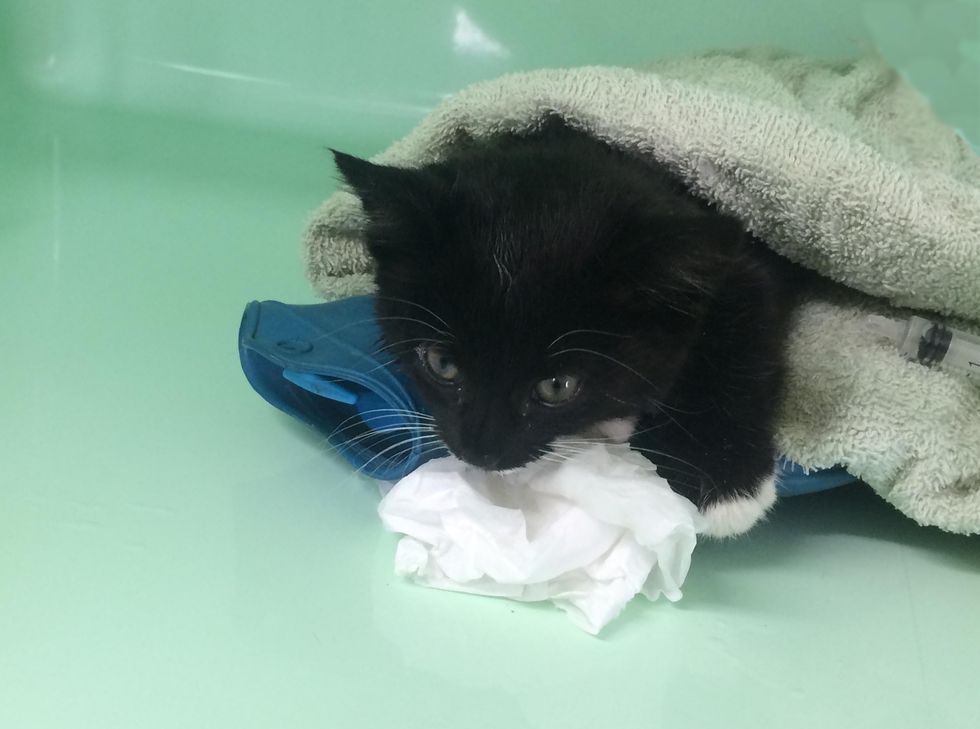 Hours after the rescue, this happened.

The little kitten bounced back in triumph and surprised everyone with his boundless energy. "Turns out he's a wee bit feral." 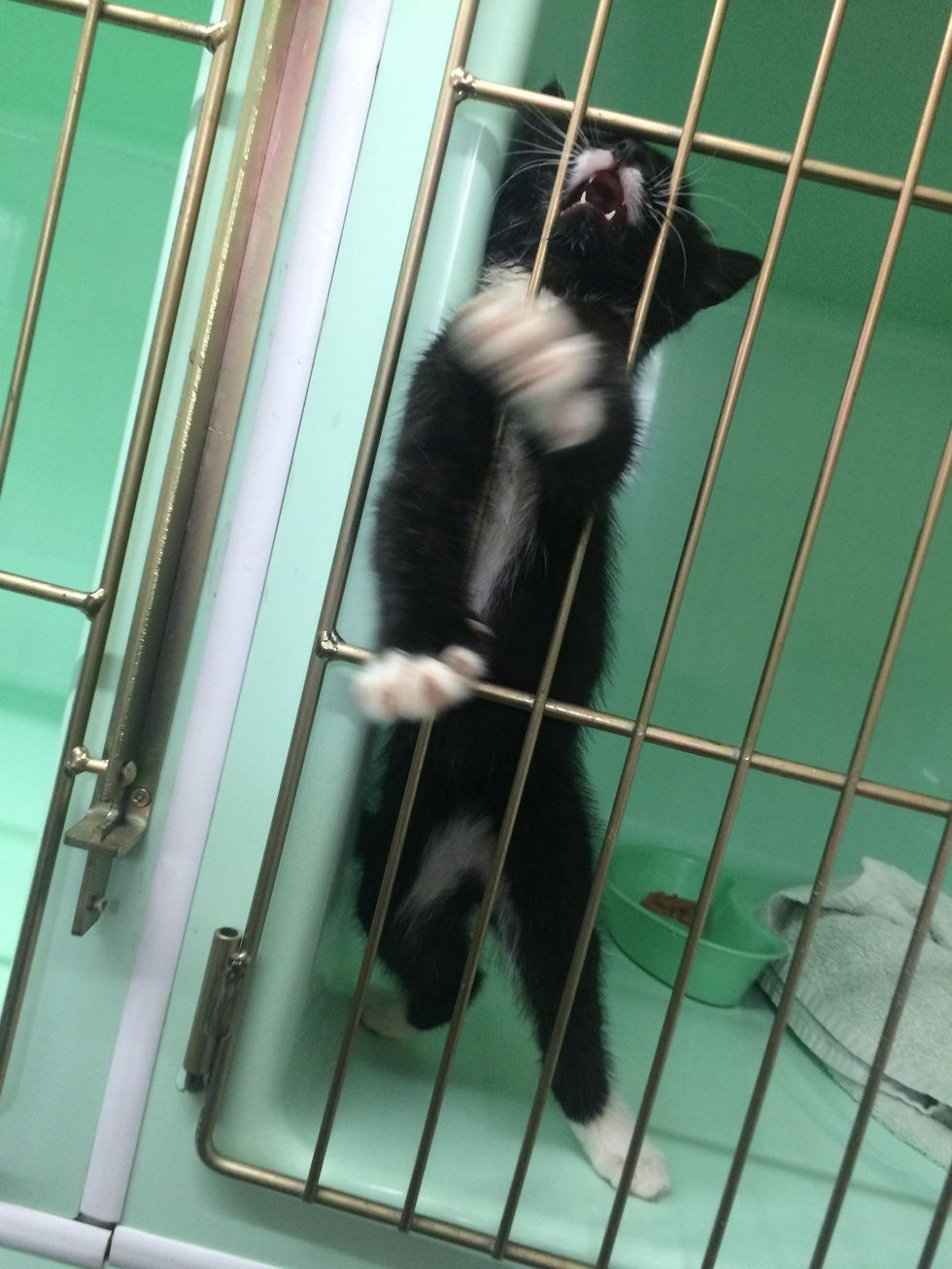 When Jessamin came to check on him, he showed her a bit of sass by hissing at her. They began to socialize him by showing him constant affection.

After three hours of dripping fluids into his mouth and rubbing honey on his gums, he was upright. Another two hours later, he regained his balance. 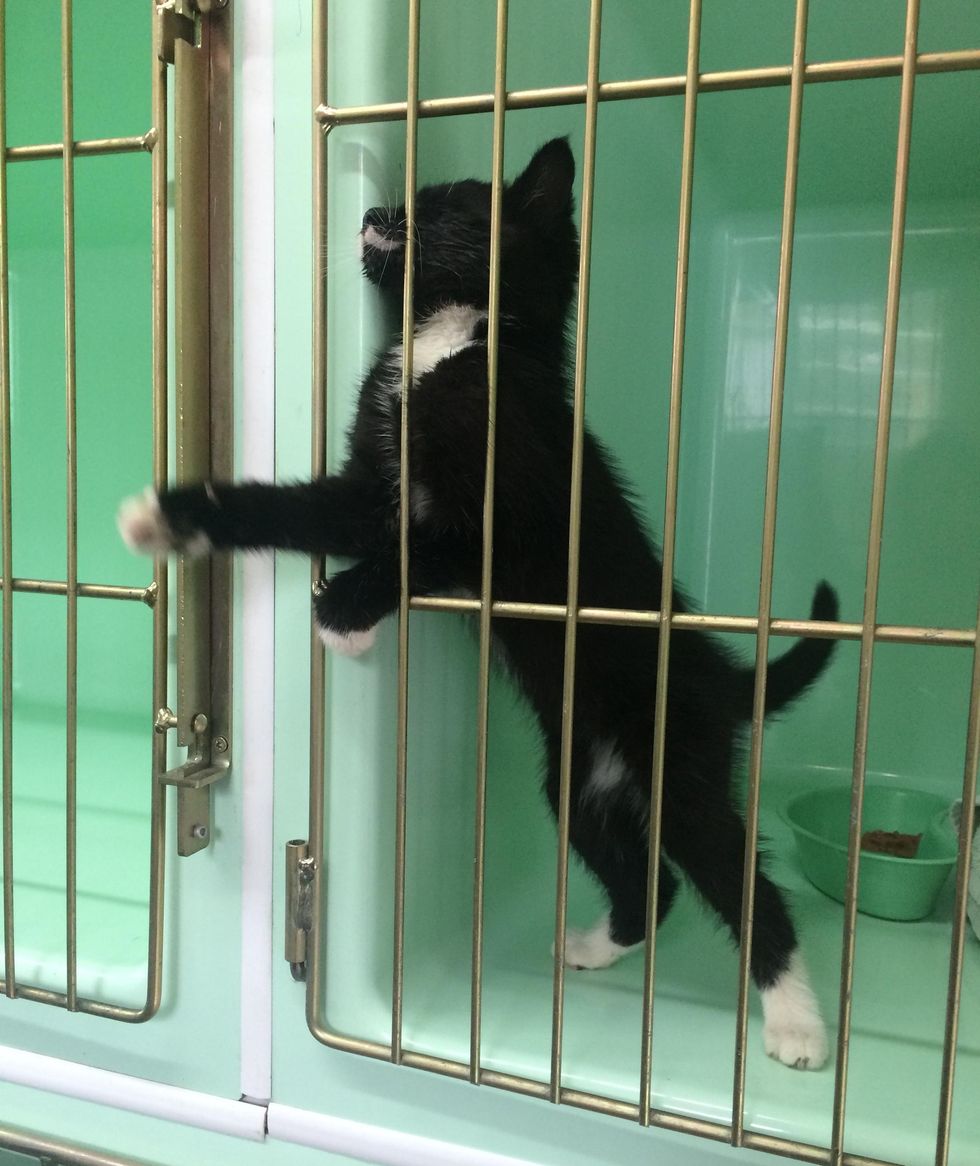 Now the kitten is starting to learn that humans aren't so bad. 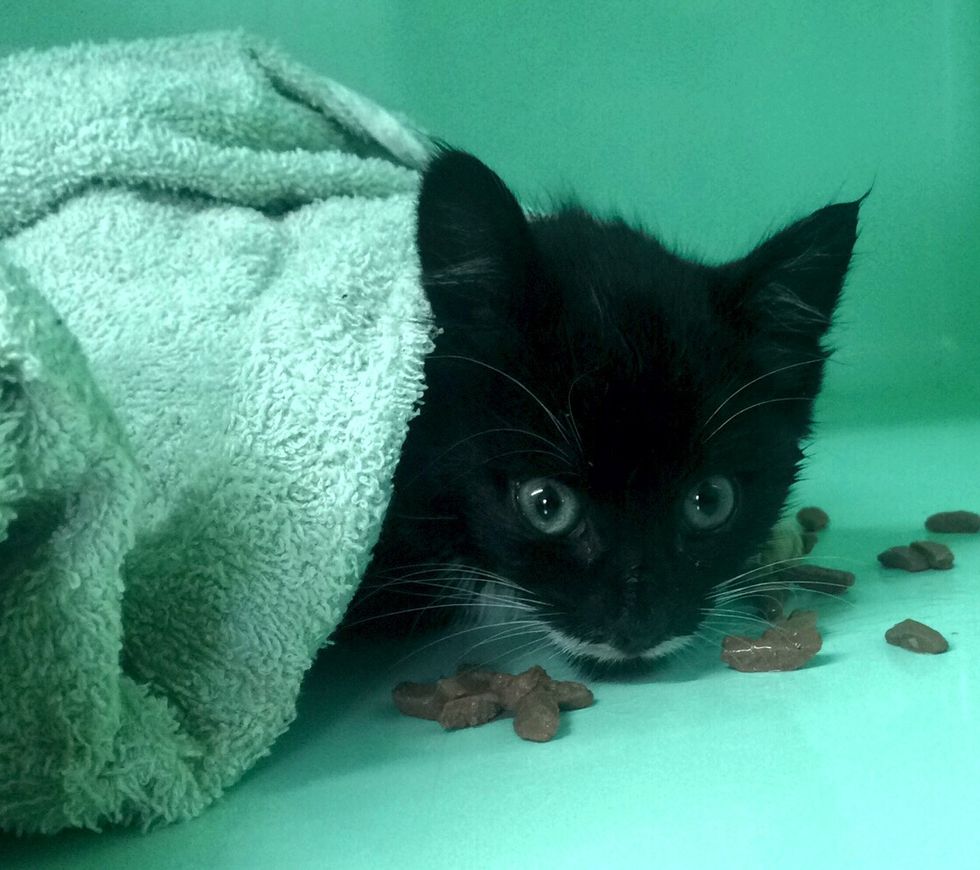 They named the little rambunctious kitten Lazarus and will be looking for a good home in the Wellington region, New Zealand when the little guy is ready. 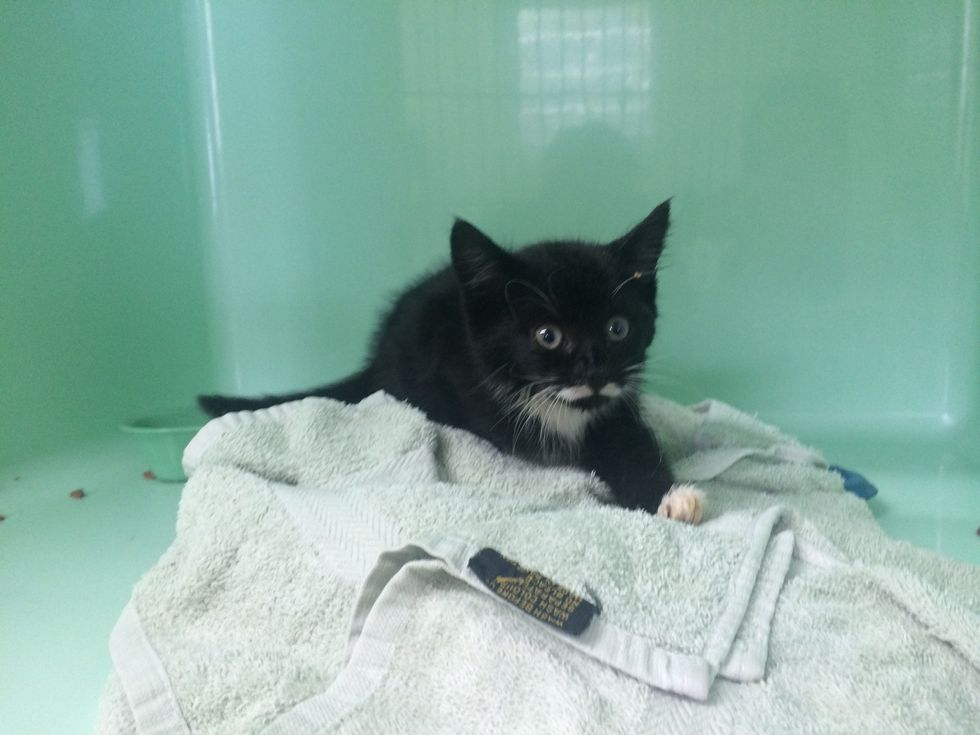