Woman Found Kitten Under Car, Barely Responsive, She Was Determined to Save Her

No one knew if this little kitten would survive that day after she was found alone, nearly motionless.

A woman took her upon herself and was determined to save her. 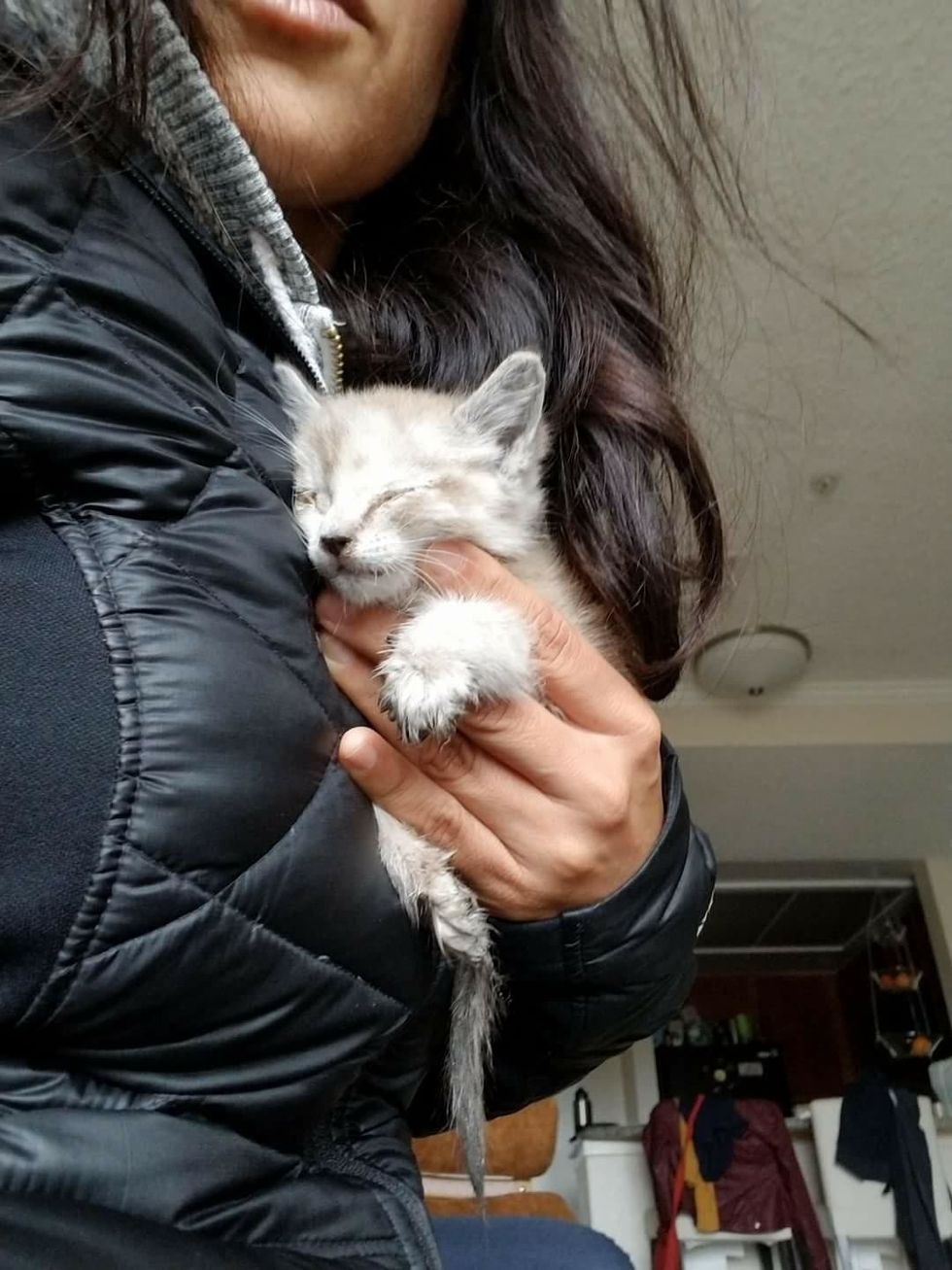 A month ago, Saramba from Santa Ana, California spotted a tiny kitten under a car, barely responsive.

The kitty was extremely malnourished, flea infested, anemic, and had a severe upper respiratory infection. She couldn't open her eyes as they were crusted shut.

The kitten was limp to the touch and her breathing was faint. Worried that the kitten might not survive, Saramba held her close to her chest to keep her warm while reaching out to social media to find help to save the kitten.

"I was afraid she was not going to make it," Saramba said. 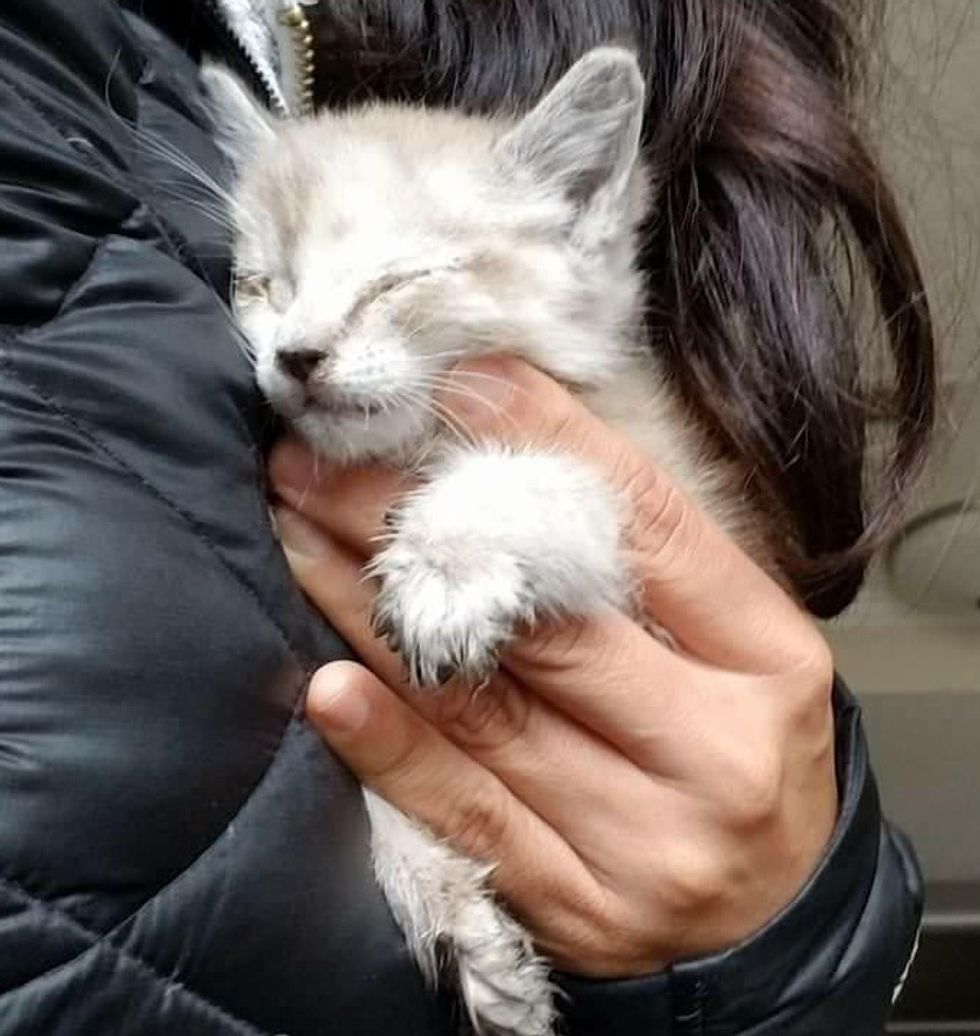 But the kind woman was not willing to give up. She was advised to take the kitten to the vet, and she did.

The kitten named Teagan was given a flea bath, antibiotics and ointment for her eyes. She was starving and scarfed down all the food she could eat.

That night, she got a full belly, a warm bed to sleep in and someone there to keep her safe and loved. 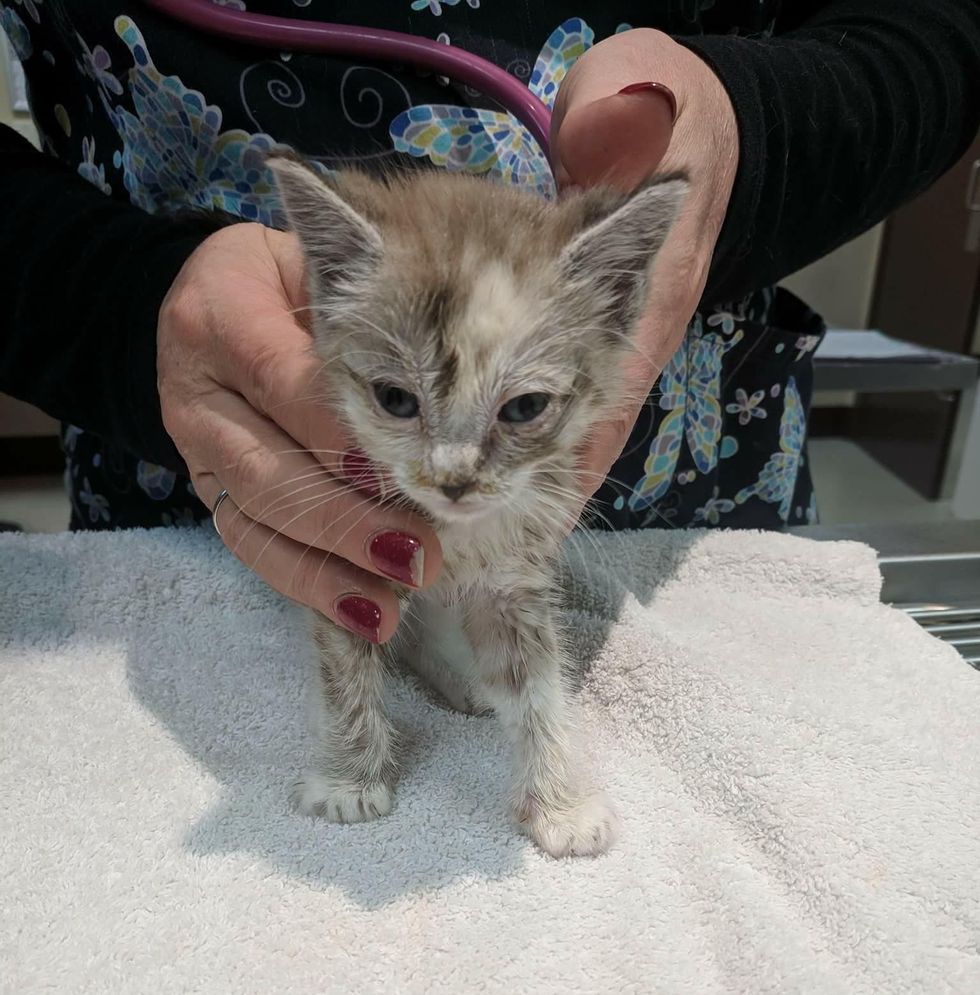 The little girl surprised her rescuer as she bounced back from the brink and even started to play the next day.

"That initial care is so important and the finder took it upon herself to get her treated," Jacqueline DeAmor, co-founder of Friends for Life Rescue Network, told Love Meow.

"I believe that's why Teagan is alive." 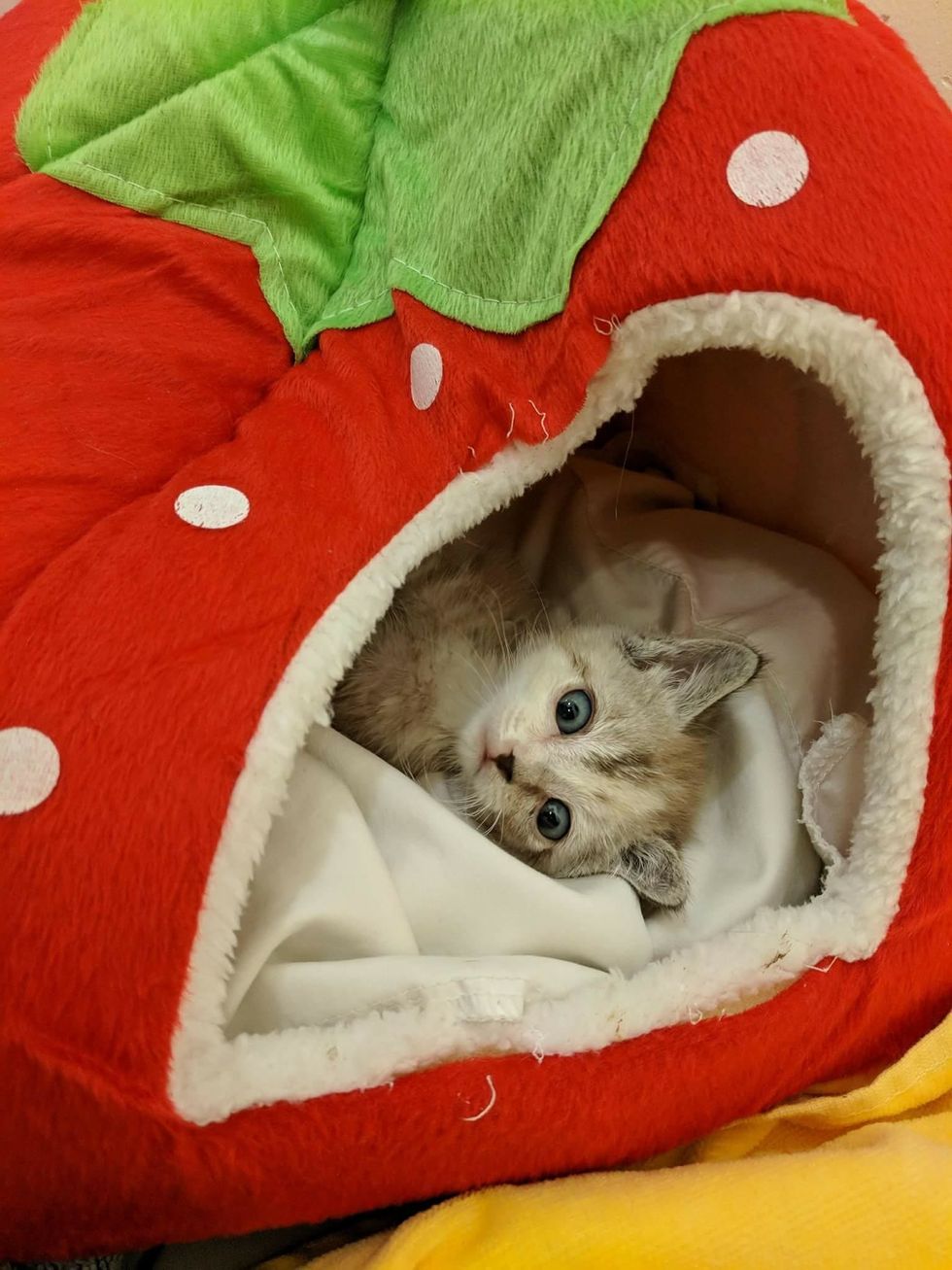 Teagan was transferred to Friends for Life Rescue Network in Los Angeles to continue her foster journey. They nursed her back to health and she couldn't stop purring with gratitude.

"She has made leaps and bounds and is now a very healthy girl," Jacqueline told Love Meow. "She has the biggest eyes and is super playful. She's also a purr machine and loves attention." 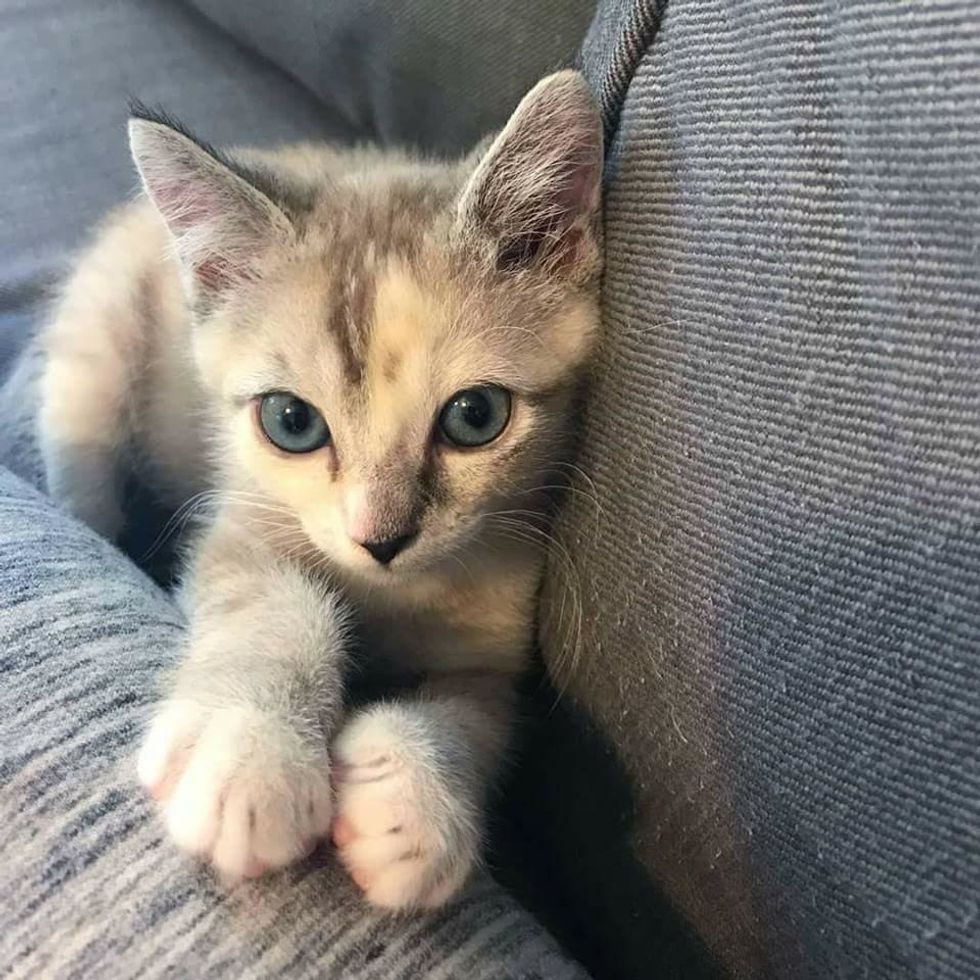 When Teagan first arrived, she was just skin and bones, weighing 10 oz (283 grams) at five weeks old. Now she's a little over one and a half pounds.

No one knew if the kitten would survive that first night, but her rescuer refused to give up. 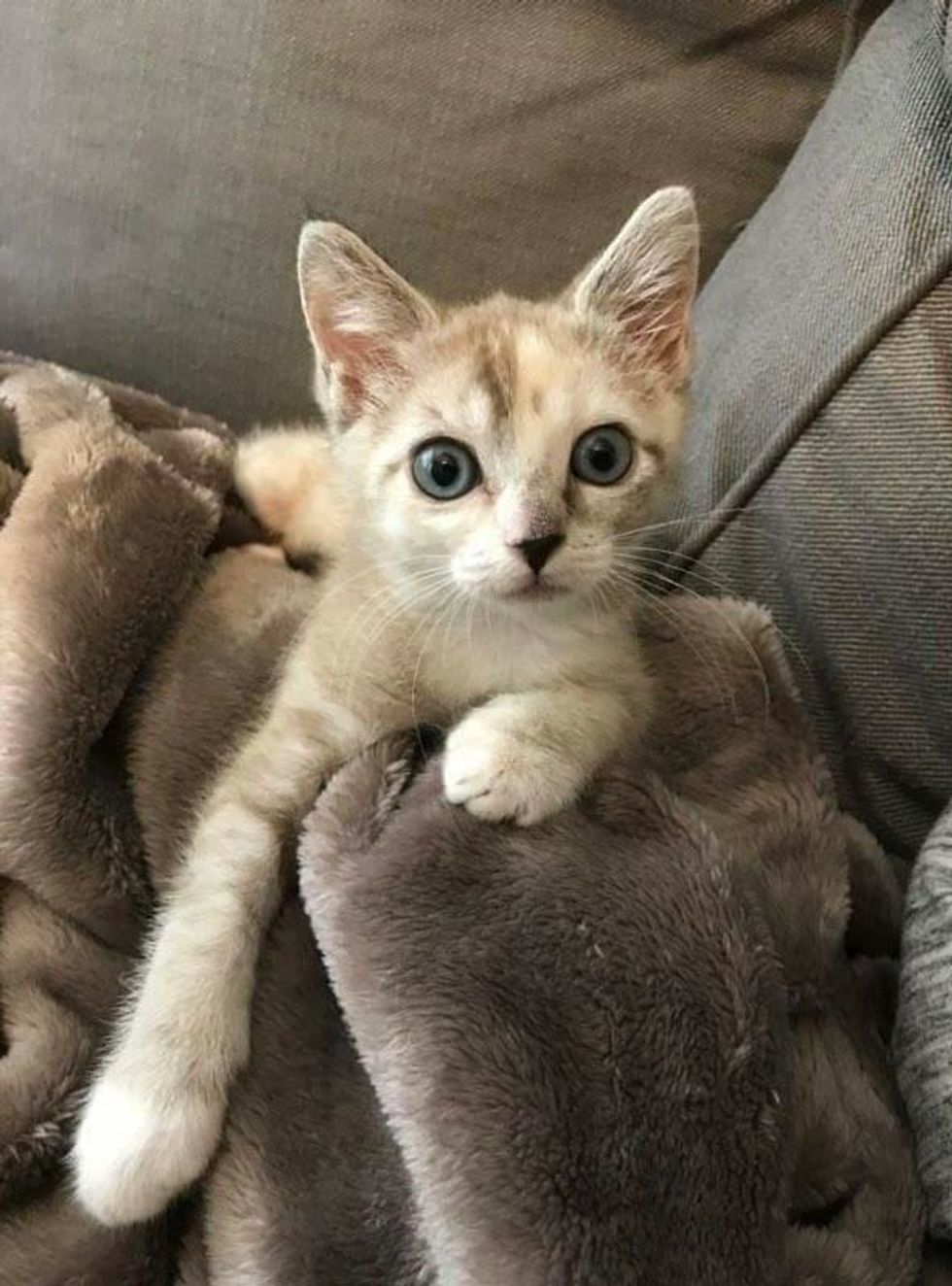 Related story: Woman Saved Kitten from Driveway But Didn't Know Her Life Would Be Changed Forever too