A kitten who was found wedged between two walls, is so happy to have friends to cuddle. 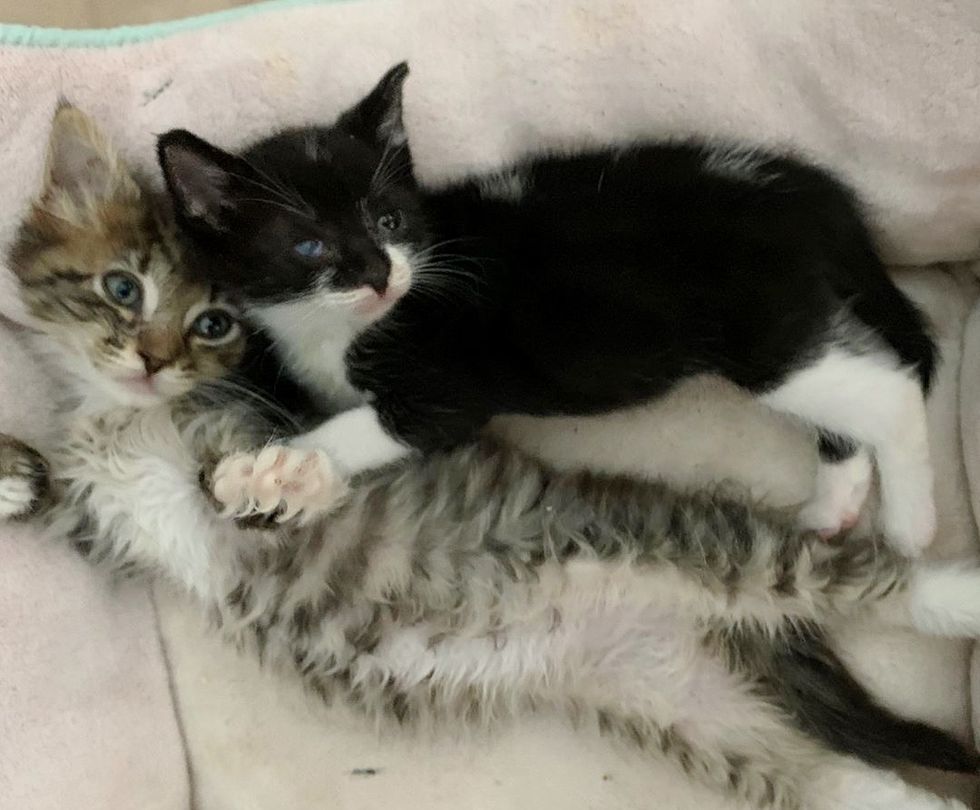 Late September, Drew, an animal rescuer based in Los Angeles, was working on a TNR (trap-neuter-return) mission for Alley Cat Rescue when he heard a tiny kitten's cries.

He turned around and couldn't see anything, but decided to take another look around. As he approached a corner of the building, the meowing became stronger.

Between two walls, there was a little tuxedo kitten trying to wriggle her way out. Drew immediately reached out to help, and the kitten moved right into his hands. 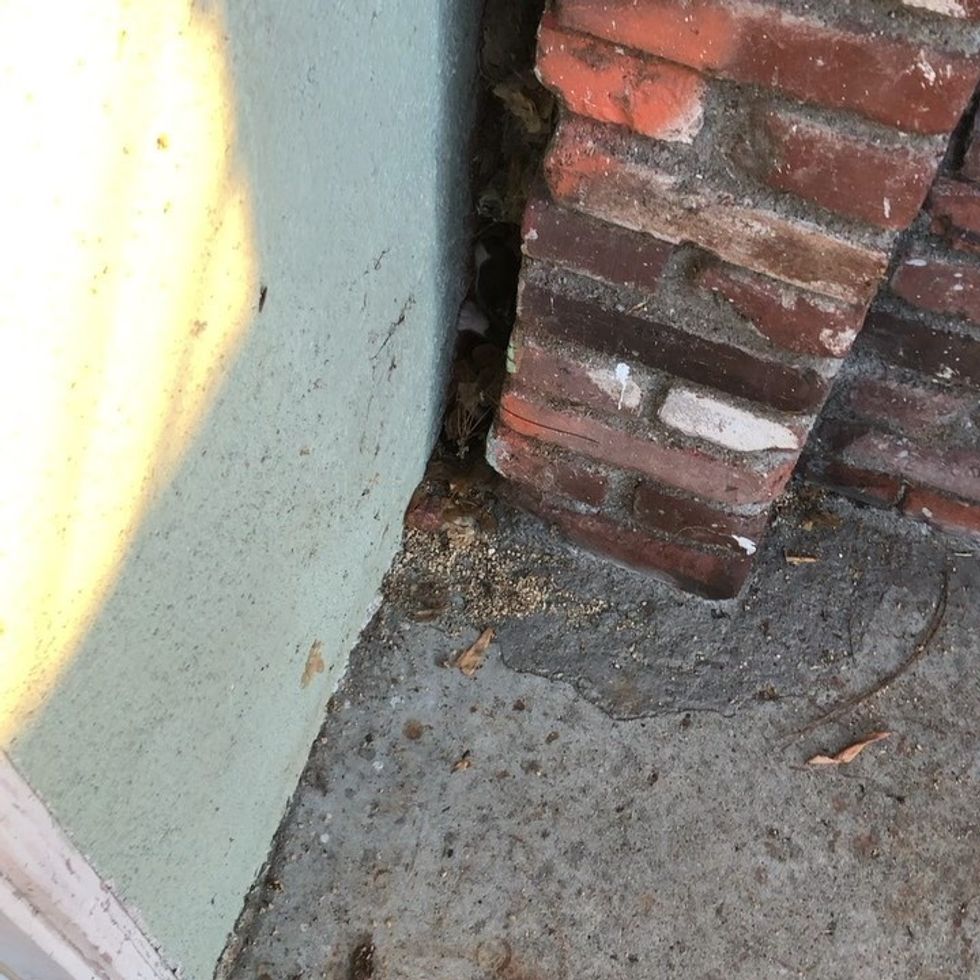 The kitten calmed down as if she knew she was safe. No one knew how she ended up there. "All that matters is that she gets the best chance possible moving forward," Drew told Love Meow.

Alley Cat Rescue took her in and got her checked out by a vet. One of her eyes was severely infected. 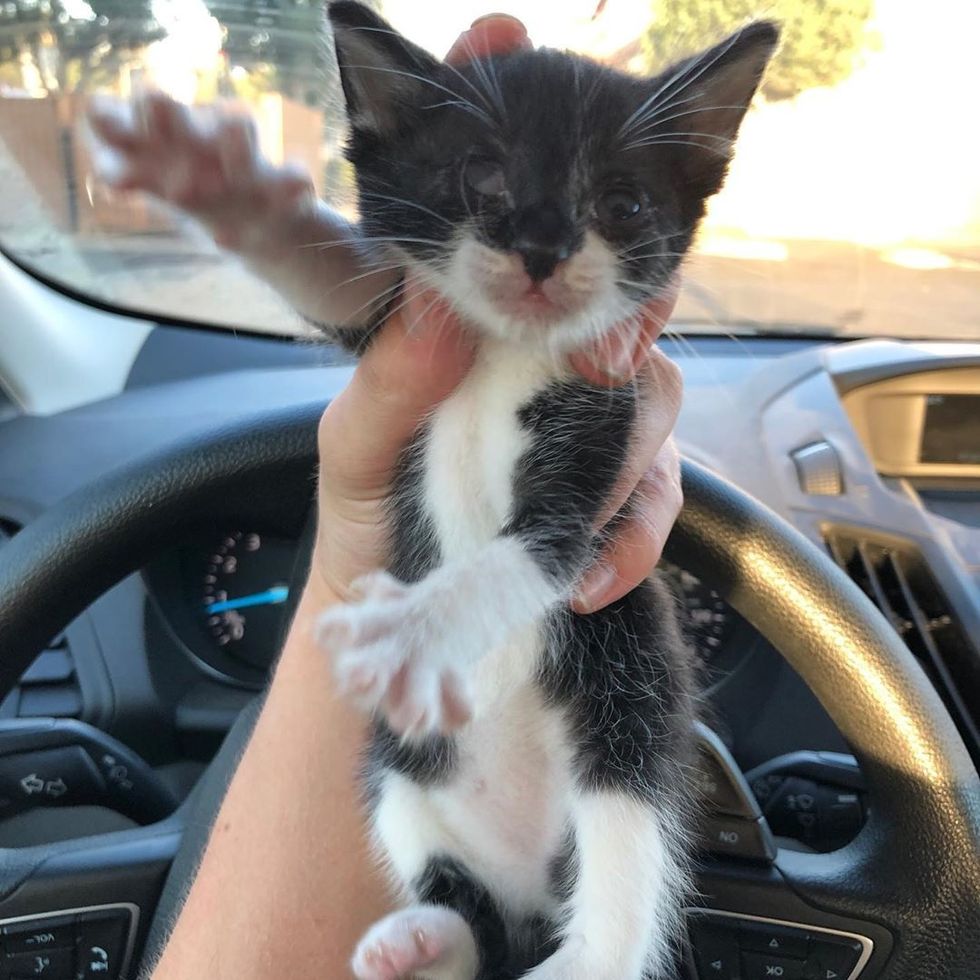 "She was on eye drops and some antibiotics. She was eating well, and her movement was getting much better," Alley Cat Rescue said.

The kitten was thankful to be helped and was very sweet with every staff at the vet. She already enjoyed being cuddled and all the soft things she could lay her paws on. 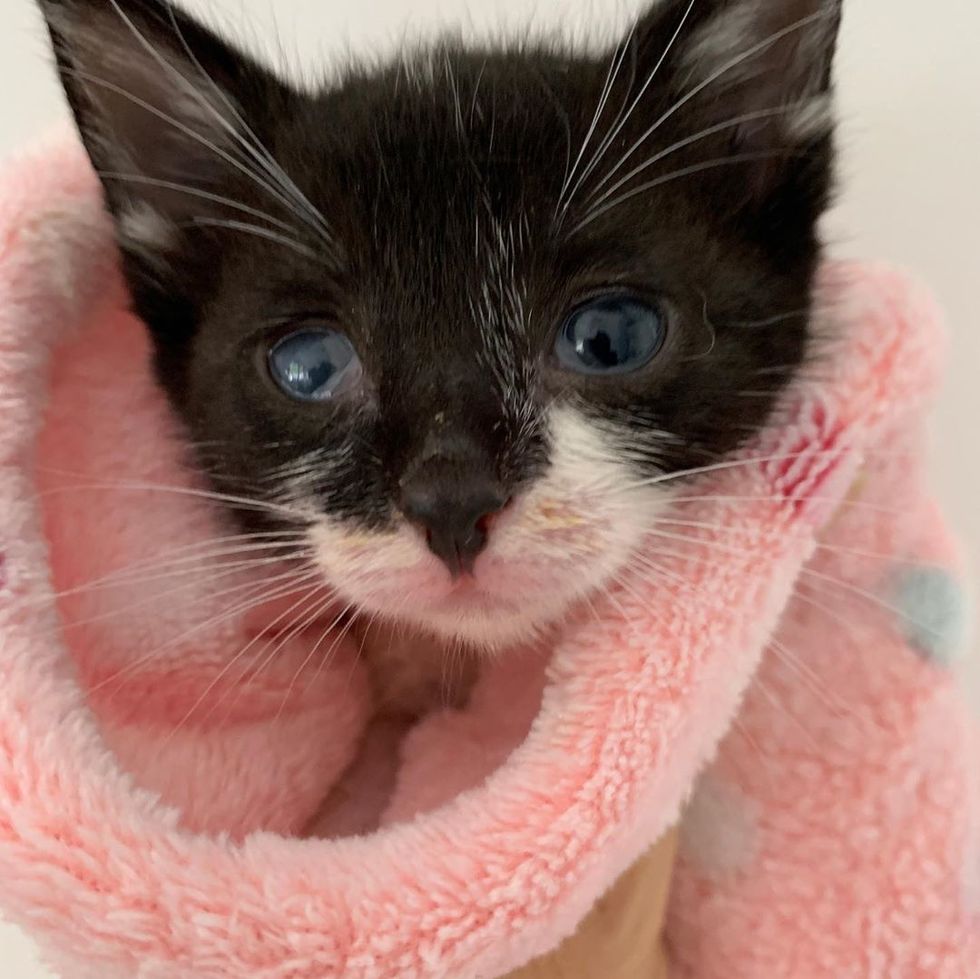 They named her Binky. That night, she could finally rest comfortably in a comfy bed, making up for lost sleep.

Harrow another foster cat took her under his wing and showered her with love and cuddles. The kitten melted in his arms and purred herself to sleep. 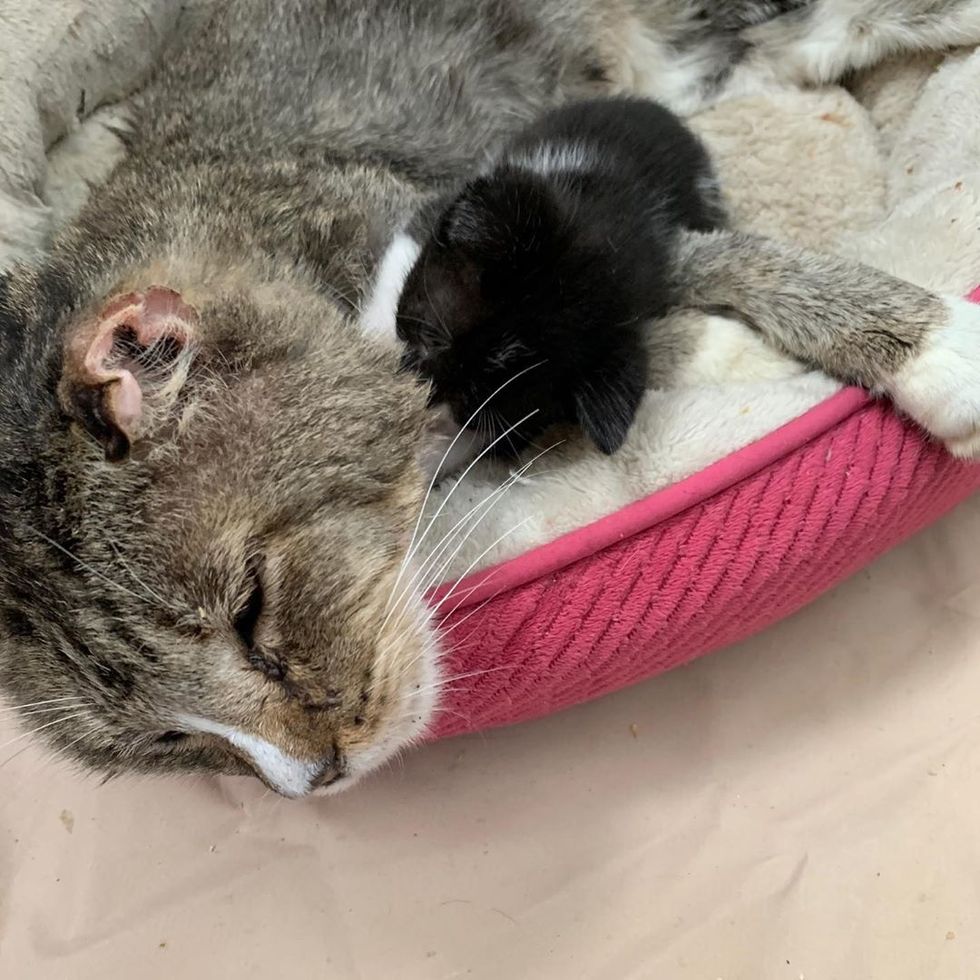 Knowing that orphaned kittens do much better with a friend, they paired her up with another rescued kitten, Mochi.

Soon after Binky met Mochi the tabby, she started mimicking everything she did, even tried to eat more on her own. 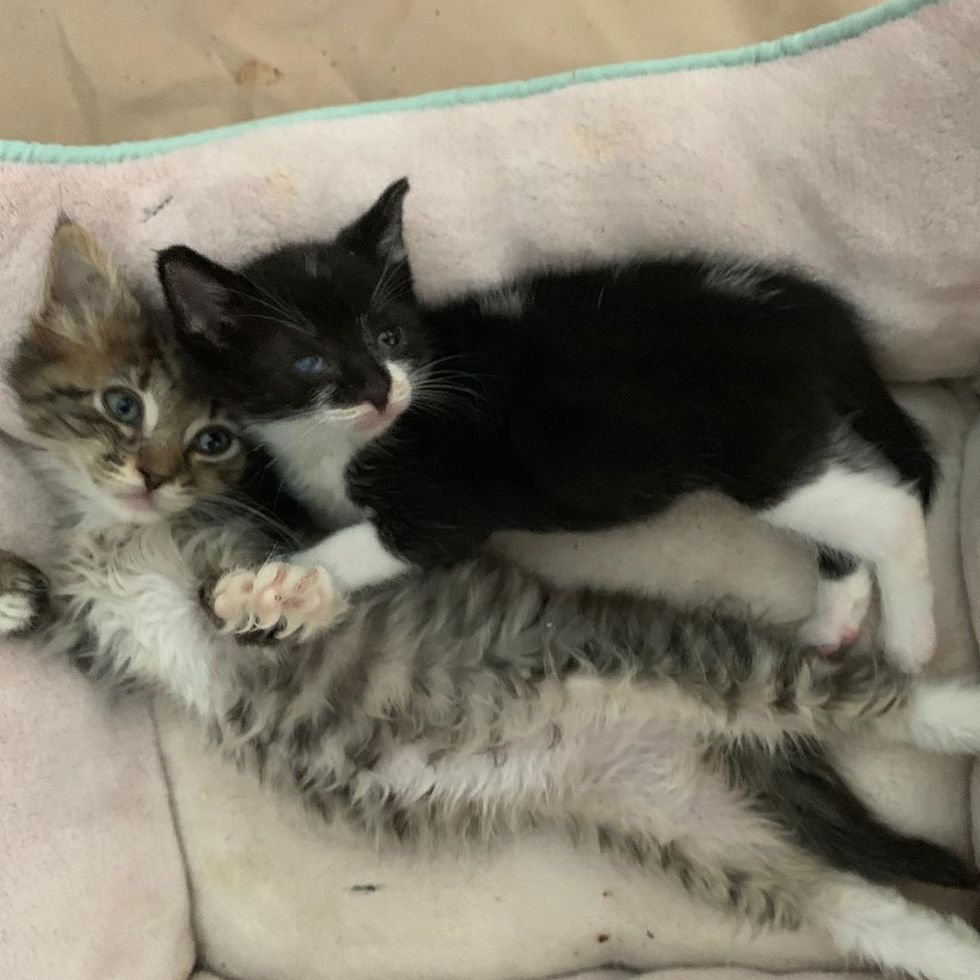 Her feline friends helped lift her spirits through purrs and cuddles.

Over the next few days, the little tuxedo really improved and got her adorable baby blues back. 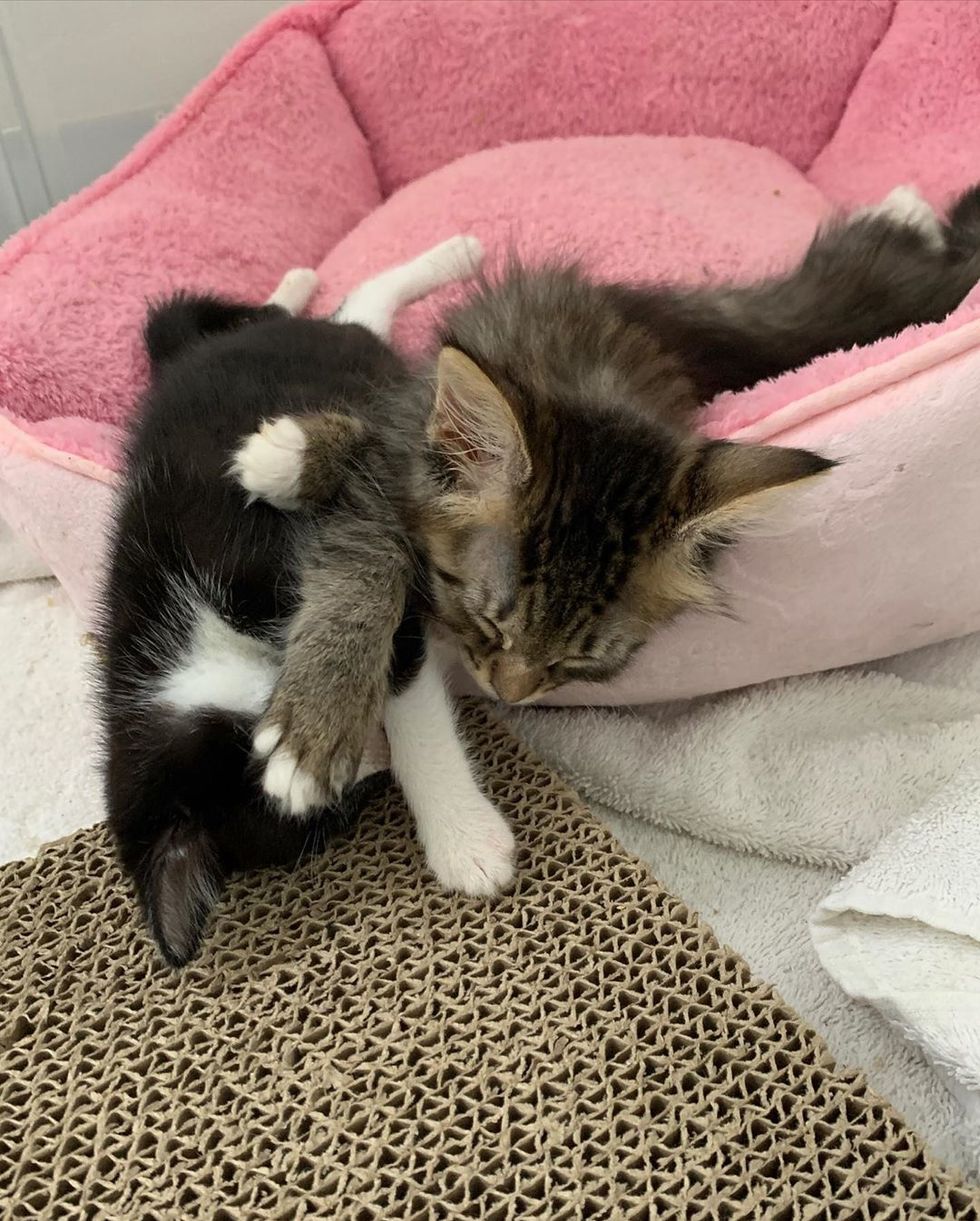 She was eating like a champ and getting more playful each day.

"Binky really does eat well, and the proof is in the belly. Her infection is almost gone and she reached her one pound milestone which is always a huge celebration," the rescue said. 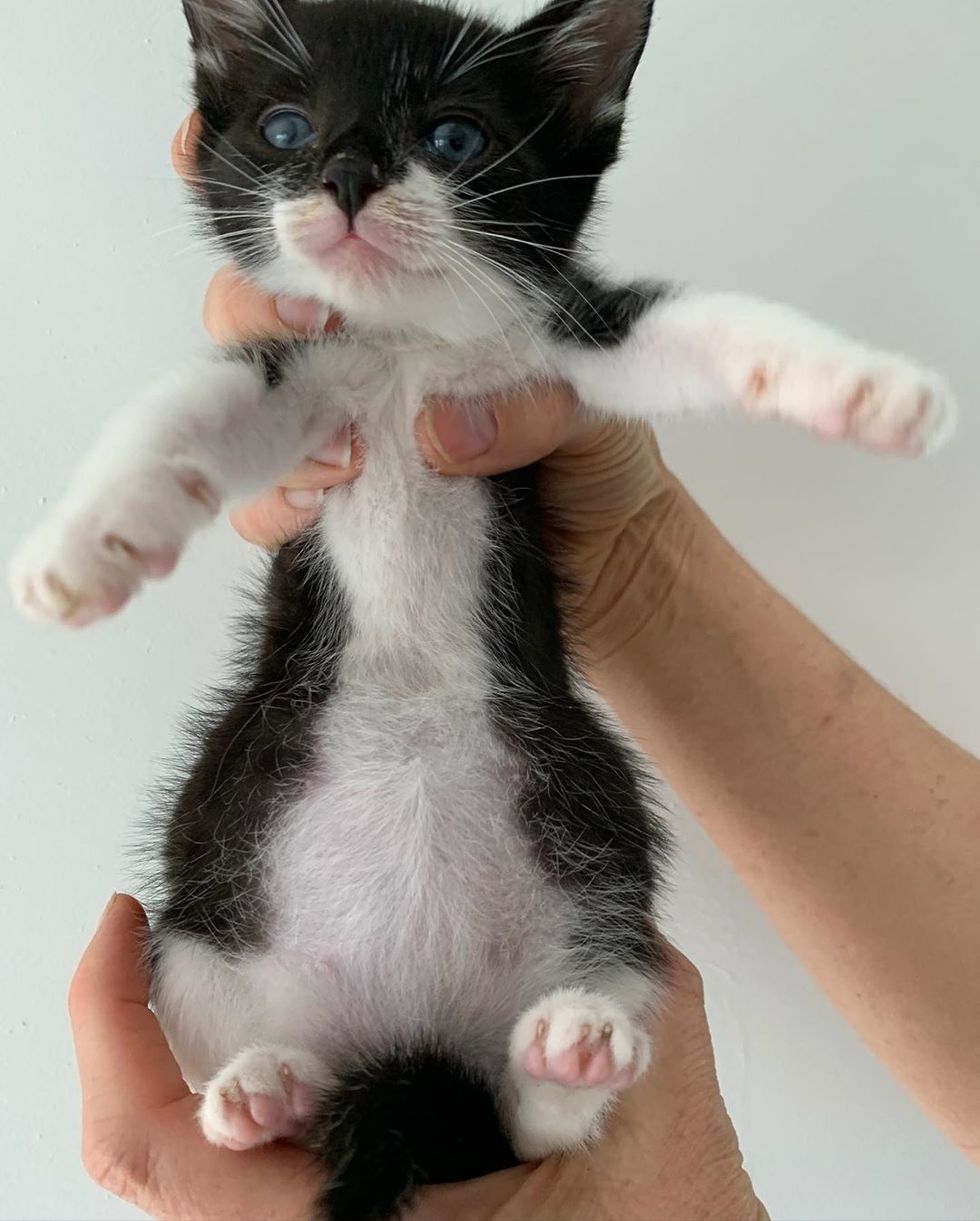 Binky is now full of sass and cattitude and ready to take the world by storm with her large personality. 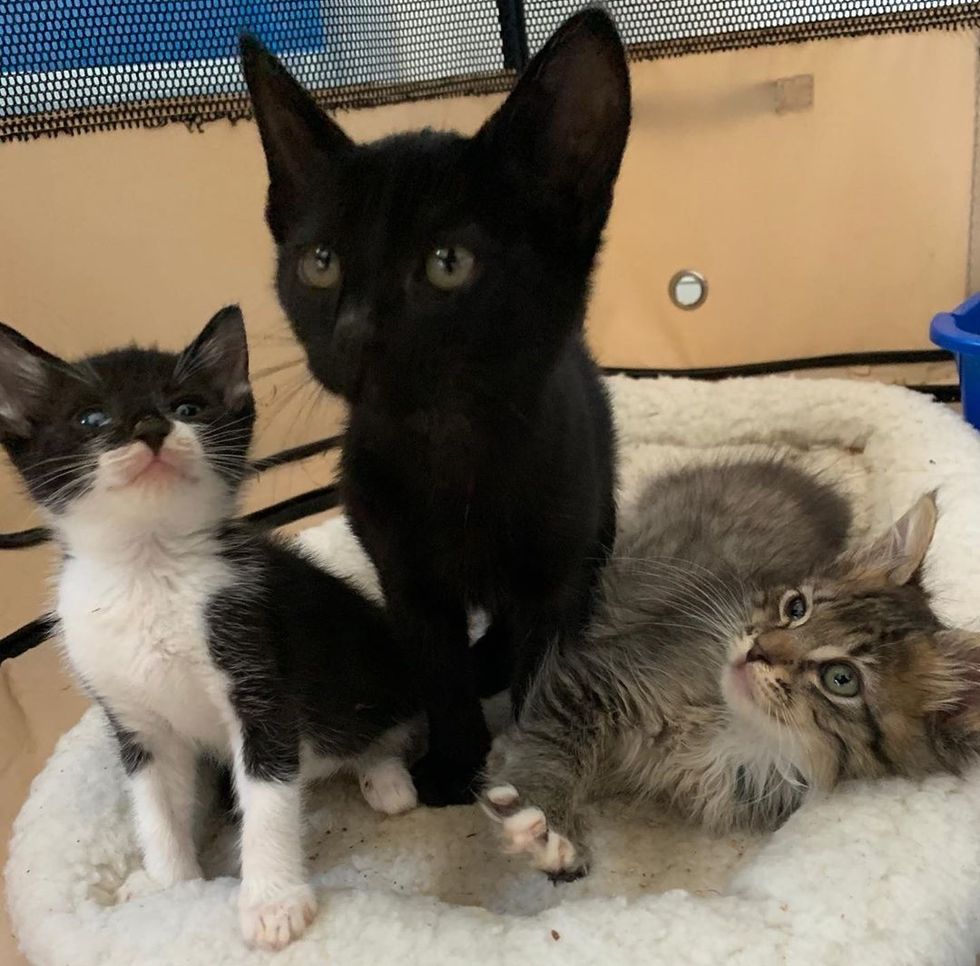 Related story: Kitten Insists on Being Cuddled After She Was Rescued from Rough Conditions