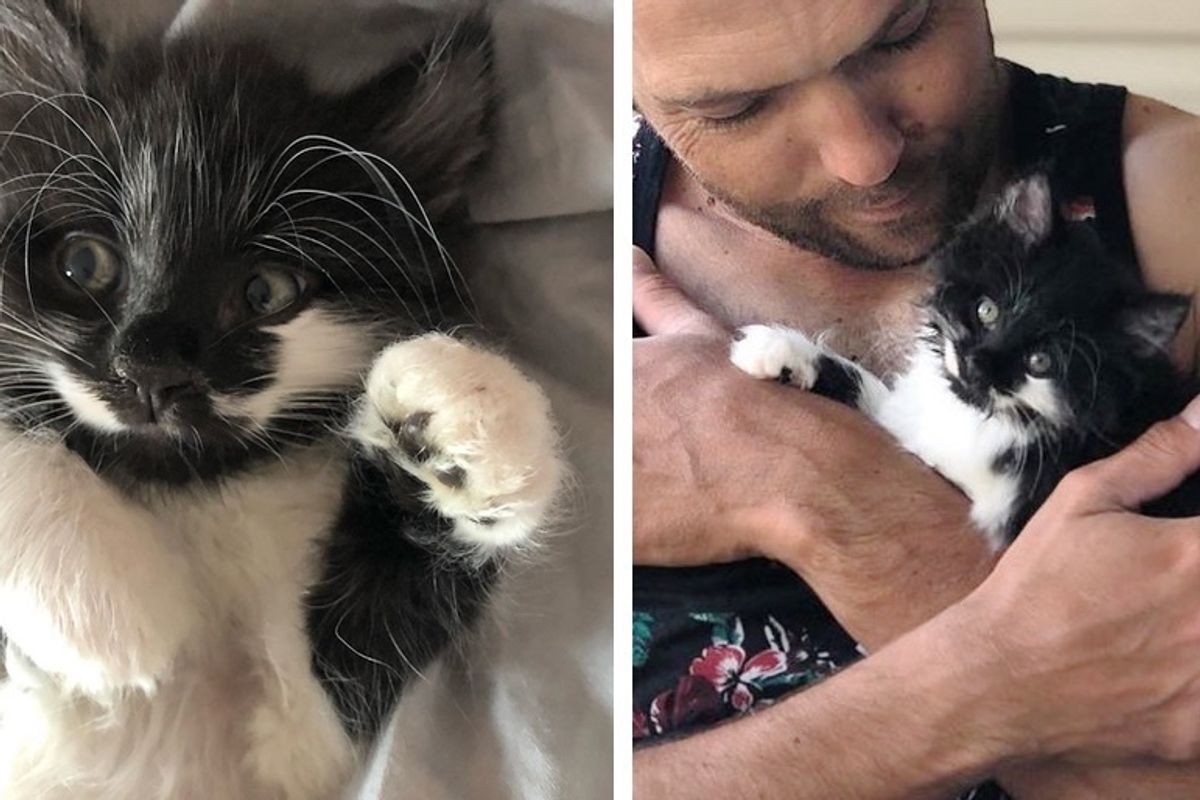 A tiny kitten who was rescued from rough conditions, overcame all odds. 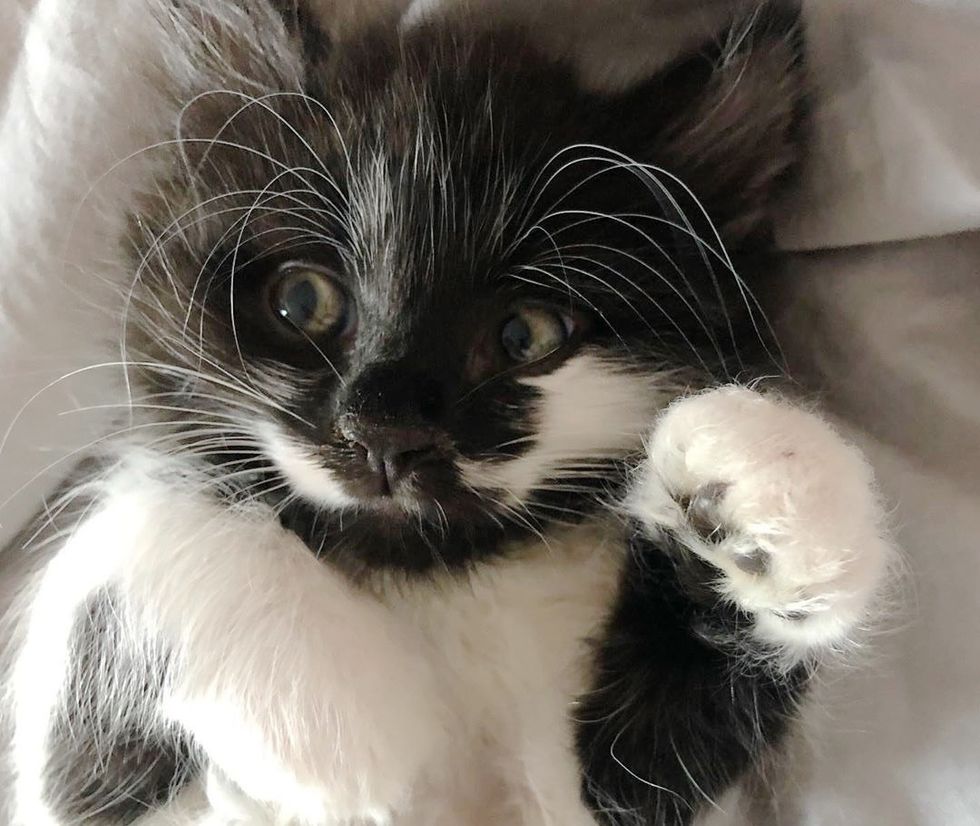 Earlier this year, Critteraid Animal Sanctuary was contacted about three newborn kittens found inside a building's insulation at a farm. The cat mom never returned.

Melissa, a volunteer of the rescue, rushed to the scene and Danica Floto, a foster carer, stepped up to help.

Maisey, the tuxedo girl, was the only one that survived the ordeal. "There little ones were very sick and lacking those first few crucial days of a mother's milk," Danica told Love Meow. 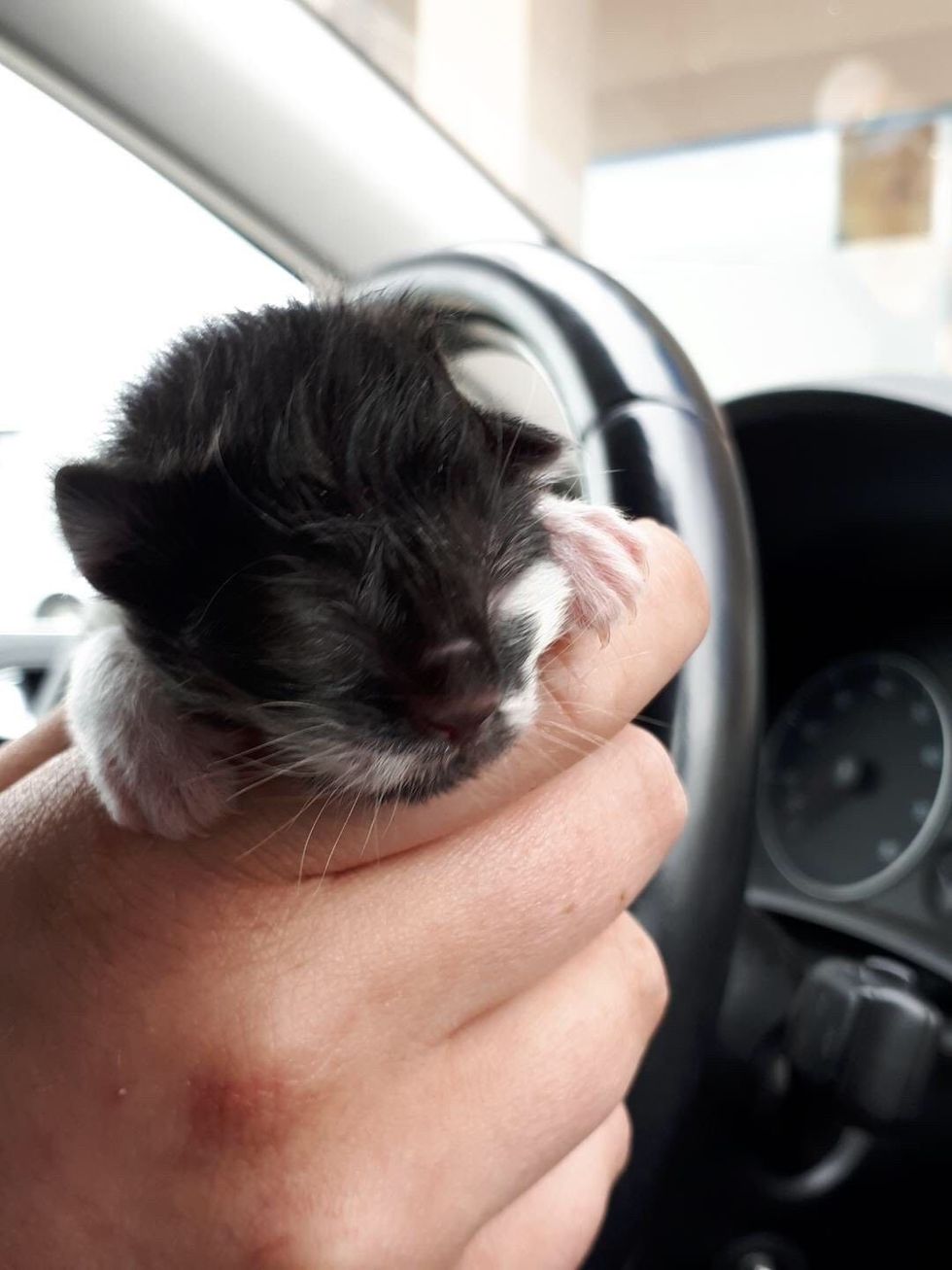 Despite a rough beginning, little Maisey soldiered on and never skipped a meal. She was very small but had a fierce fighting spirit and a big appetite.

As she got bigger, she developed an interesting eating method. 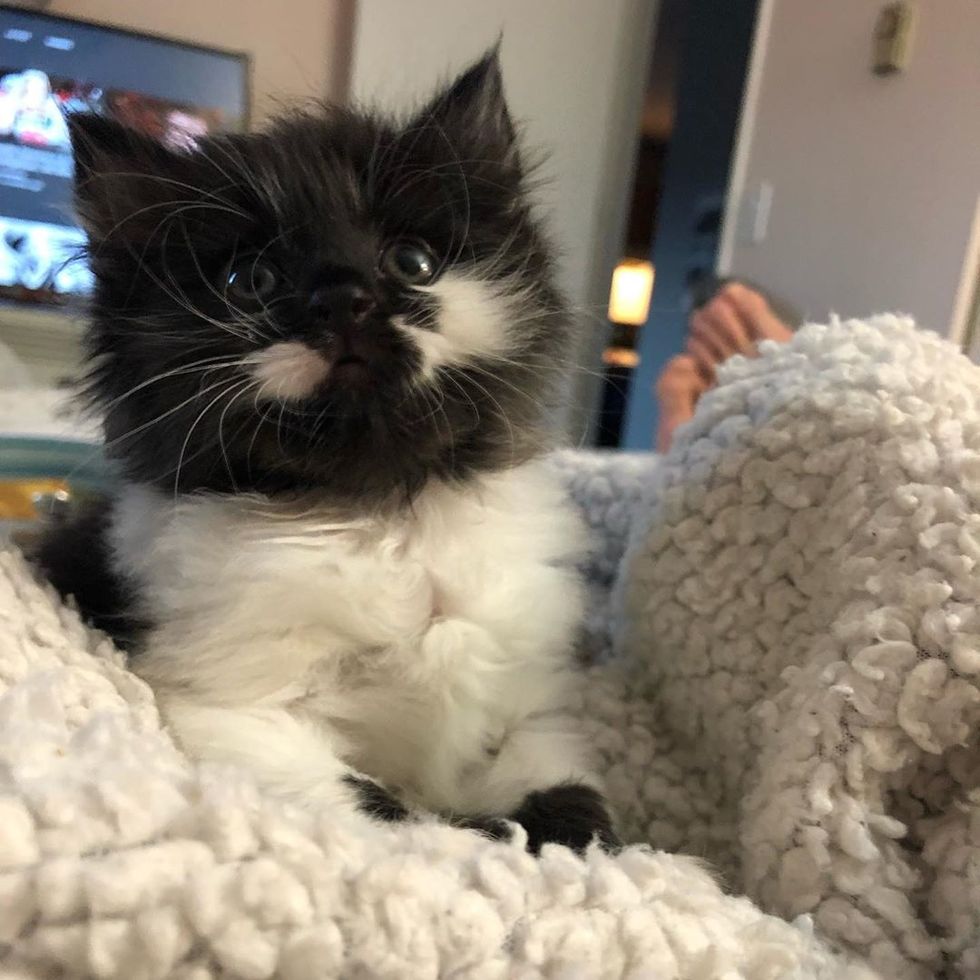 Whenever it was feeding time, she came running and dove right into the food, belly flopping on her plate as she scarfed down every morsel of it.

"I tried many different cat dishes and containers to keep the mess at bay, but she was most content when I let her just swim in it." 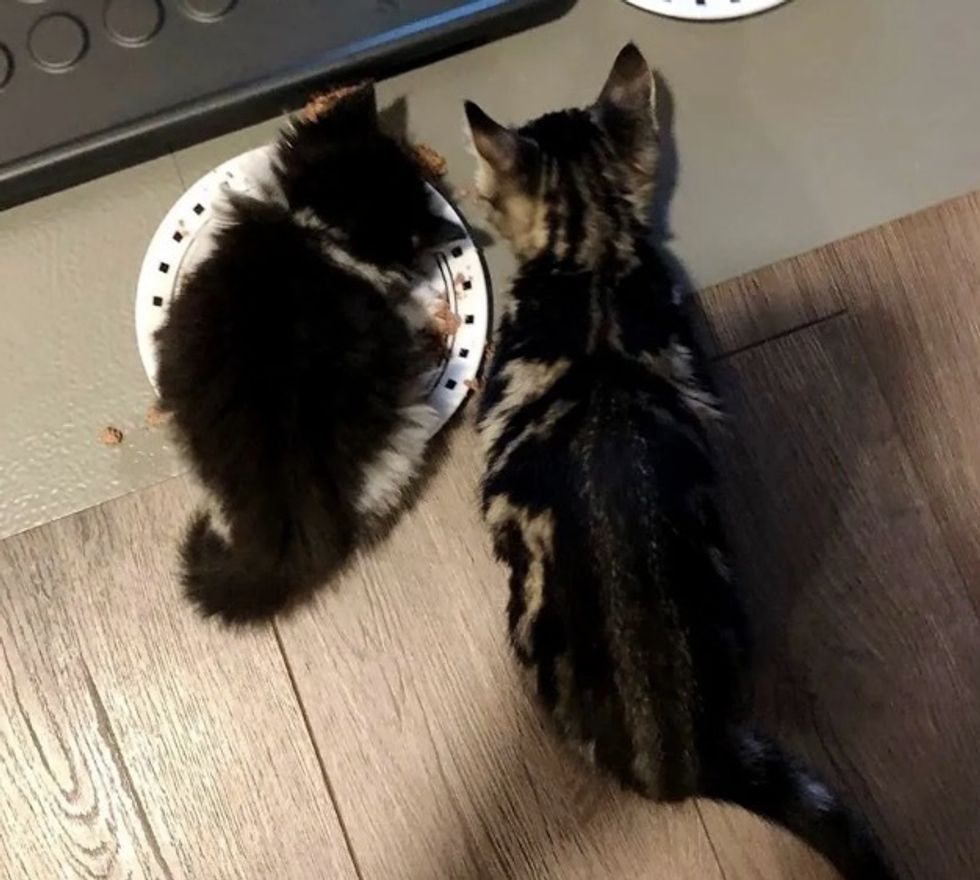 Maisey hit one milestone after another, and her love for cuddles also multiplied.

The little tuxedo wanted to be wherever her humans were, and wouldn't take no for an answer. 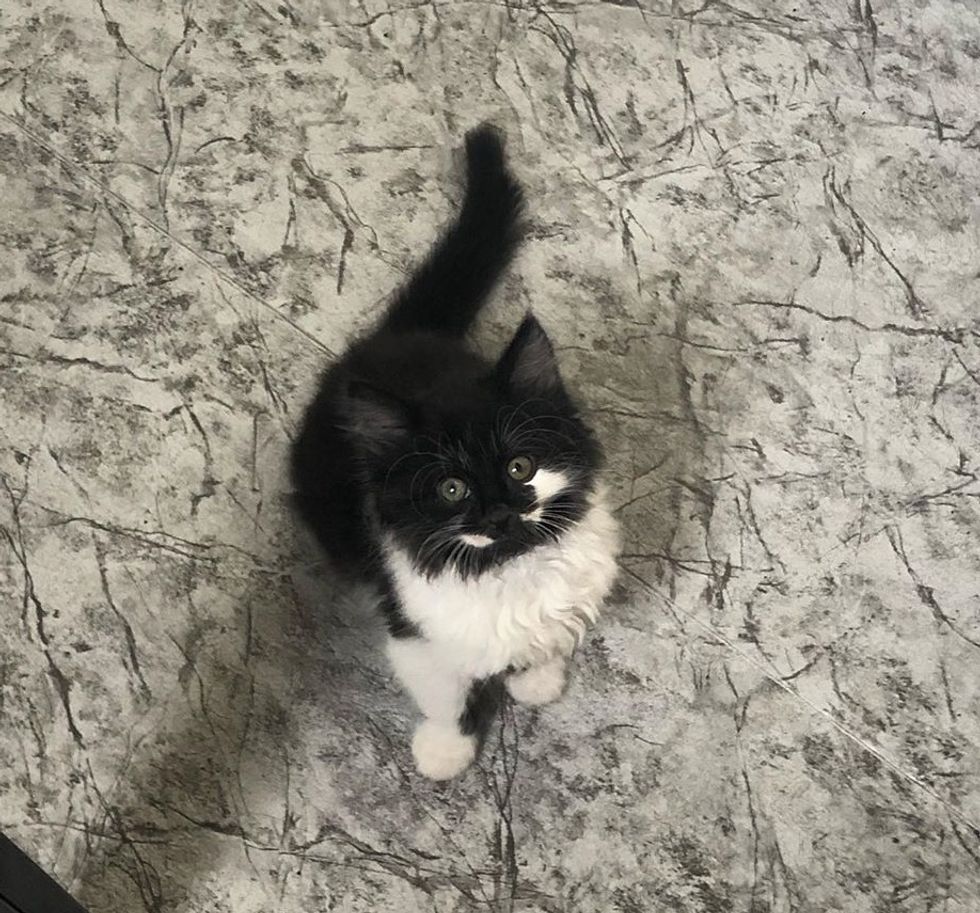 If her foster dad was on the phone, she would pry it away and demand his immediate attention.

They tried to encourage Maisey to play with other foster kittens but found her running right back to them, insisting on keeping them company. 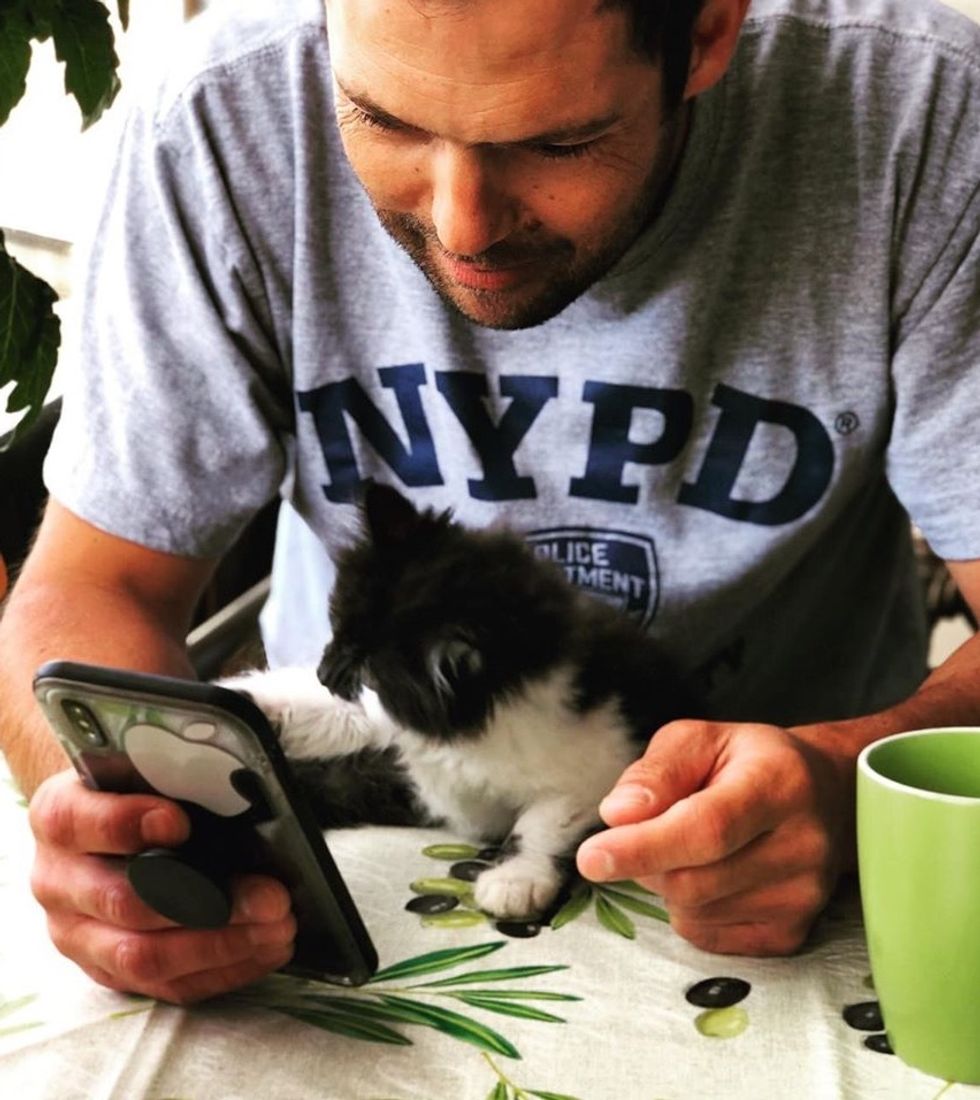 When it was time for Danica to let little Maisey fly, she found her the perfect forever home. 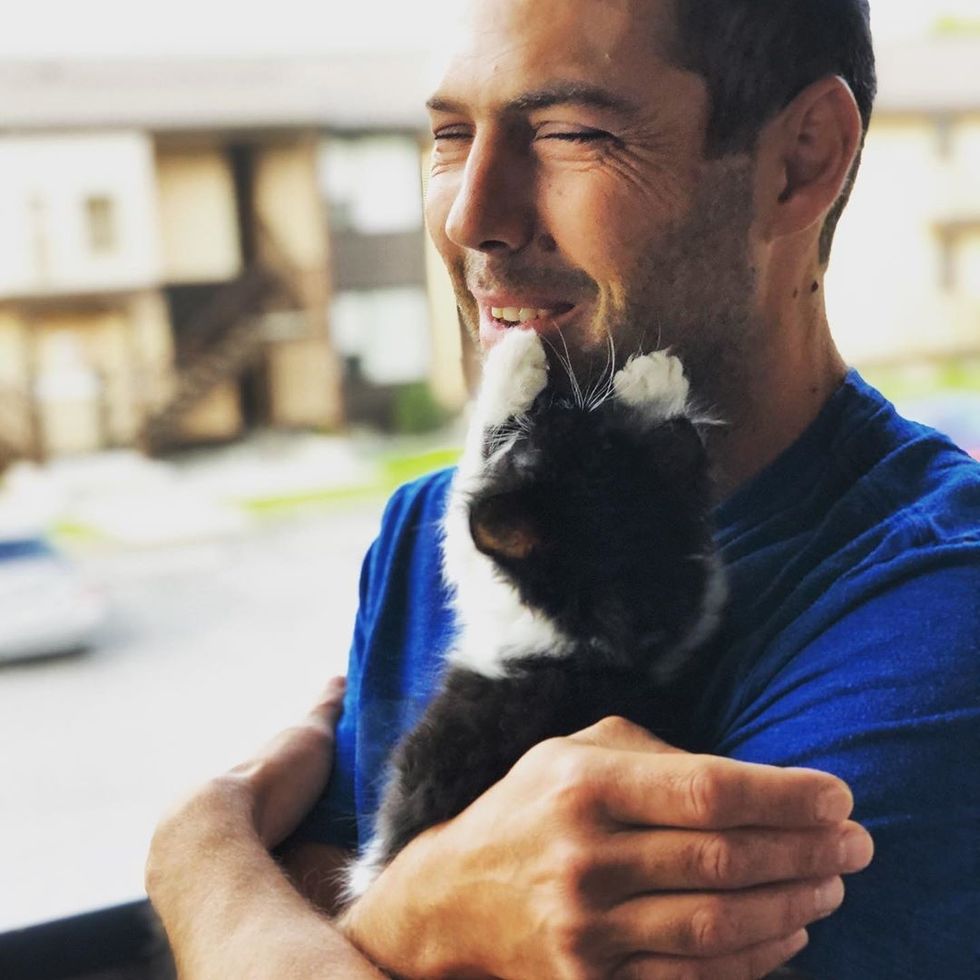 "She was adopted to a young couple who love their animals more than anything," Danica said.

"Maisey has overcome all odds. She kept us up countless nights. She is the reason I foster. I am so proud of how far she has come." 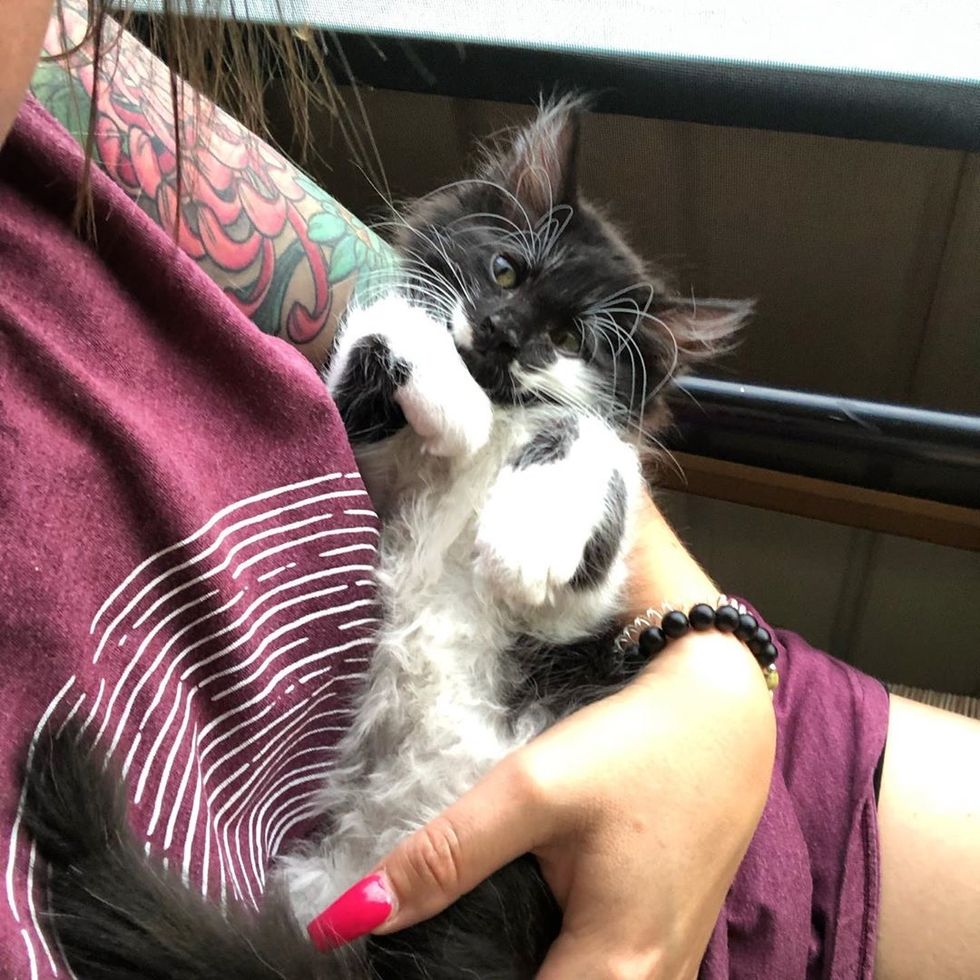 The sweet tuxedo, now named Piper, has all grown up and is full of sass and cattitude. She has a big canine sister Koda who has become her best friend.

Her favorite thing in the world is cuddling with her forever humans. Some things never change. 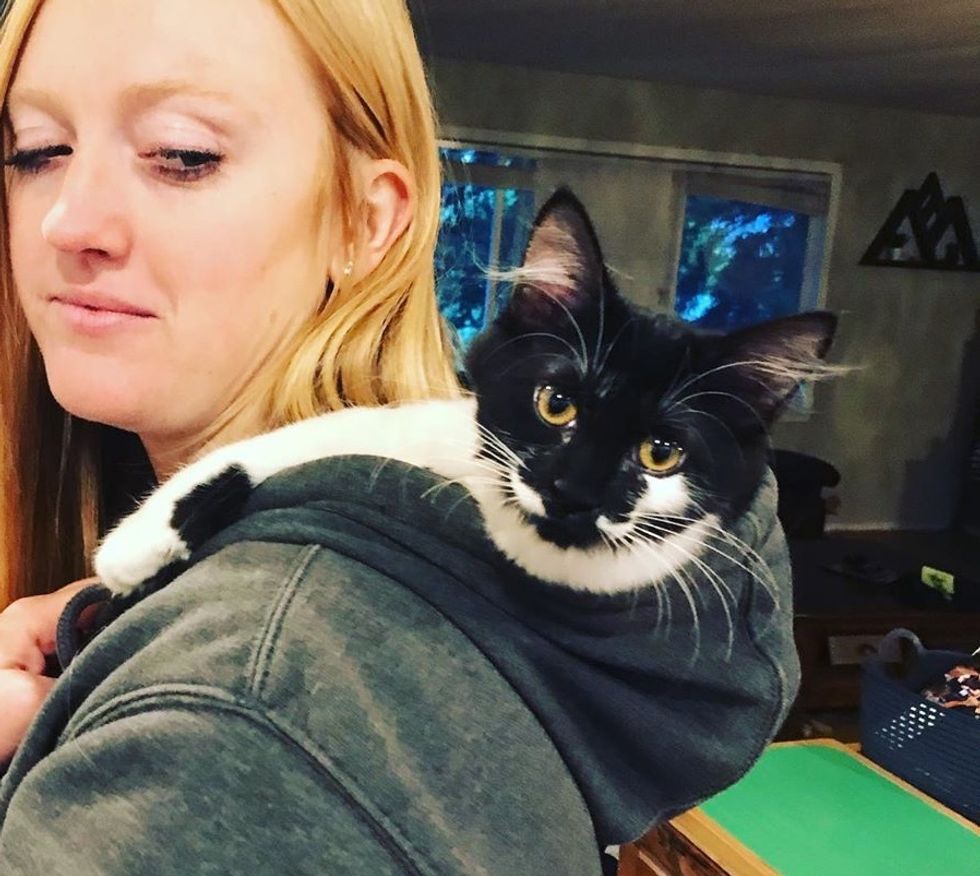 "If she's not on my lap, she's watching from the corner while I use the bathroom," Hailey, Piper's human mom, said. 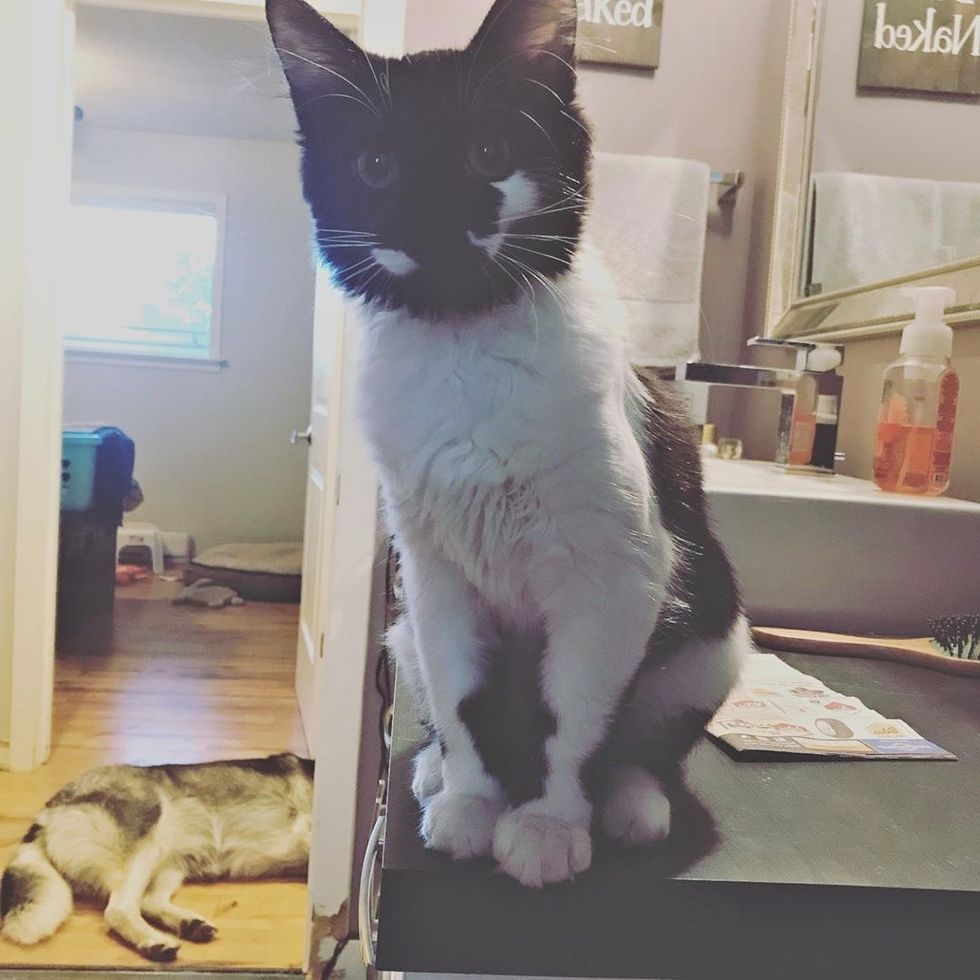 Related story: Woman Took Orphaned Kitten Home to Foster But the Tuxedo Had Plan of Her Own