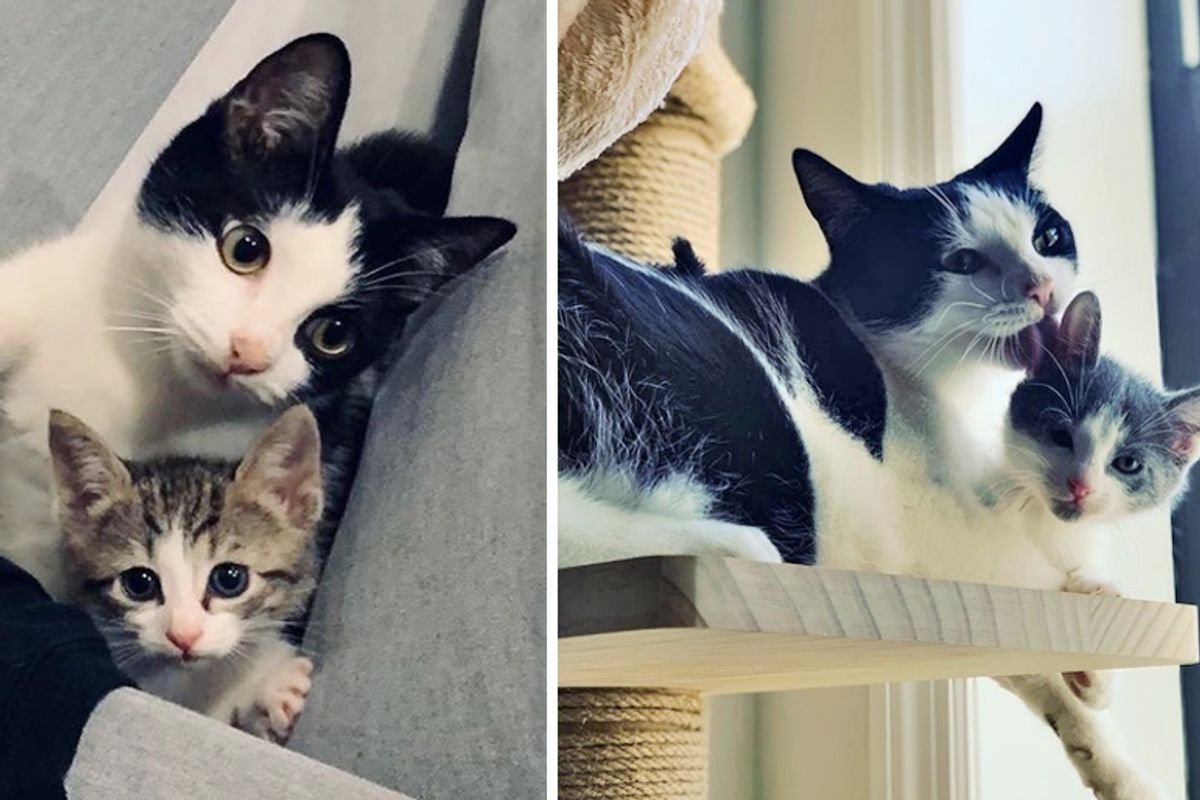 A woman took an orphaned kitten home to foster but the little tuxedo had a plan of her own. 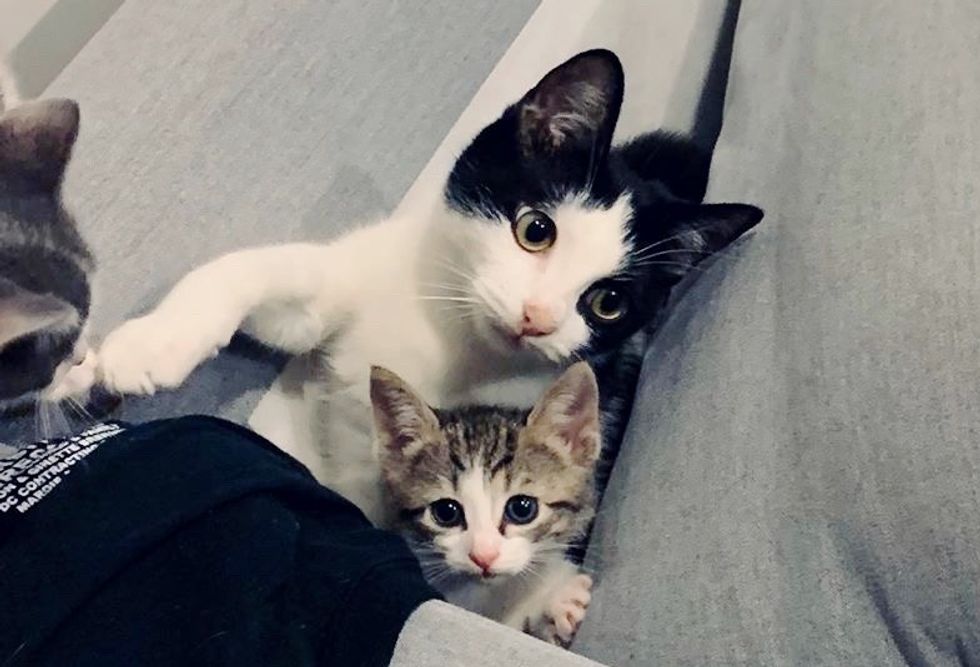 A tuxedo kitten was found without a mom and brought to ASPCA in New York City. She was severely underweight and in need of socialization.

"She was the first 'feral' kitten I had ever worked with but took on the challenge knowing that I had many resources available to me," Kyla Burton, a foster volunteer and TNR rescuer, told Love Meow.

"She would scream when I would pick her up. It took about a week before we became friends." 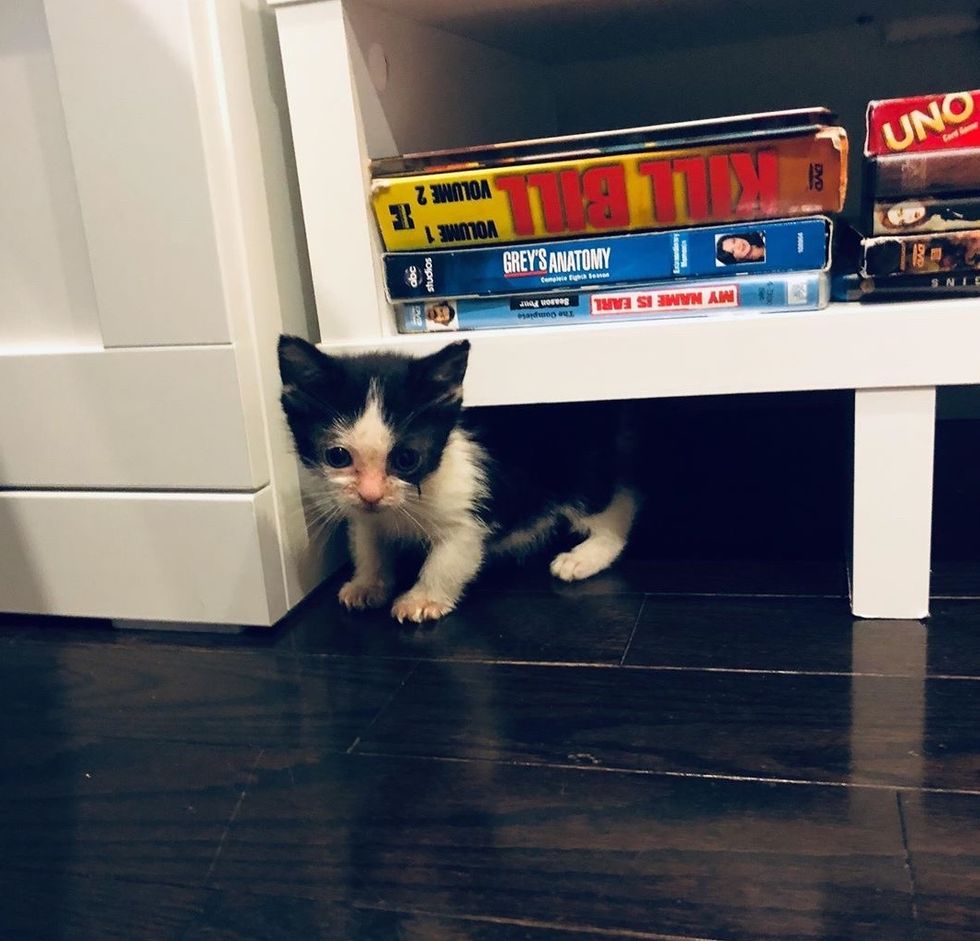 Kyla tried to win the kitten over with her favorite treats, accompanied her when she had her meals and spent plenty of play time to reassure her that she meant good.

Slowly but surely, the little tuxedo, named Calvin, warmed up to her foster mom, and decided to follow her around like a little shadow. 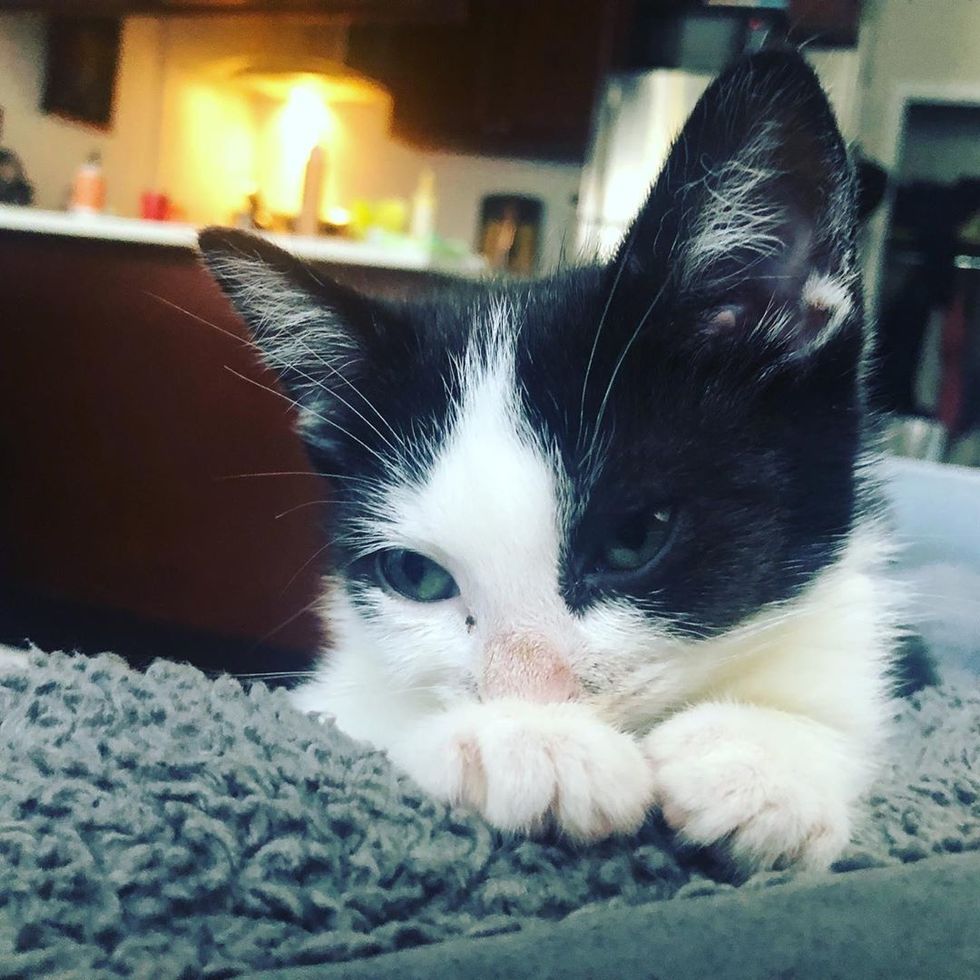 "At her second check up with the vet, they noted that her behavior had dramatically improved and sent me home with two other fosters," Kyla told Love Meow.

Calvin was delighted to have friends to play with and snuggle. It didn't take long for Kyla to notice just how nurturing and loving she was towards other kittens in need. 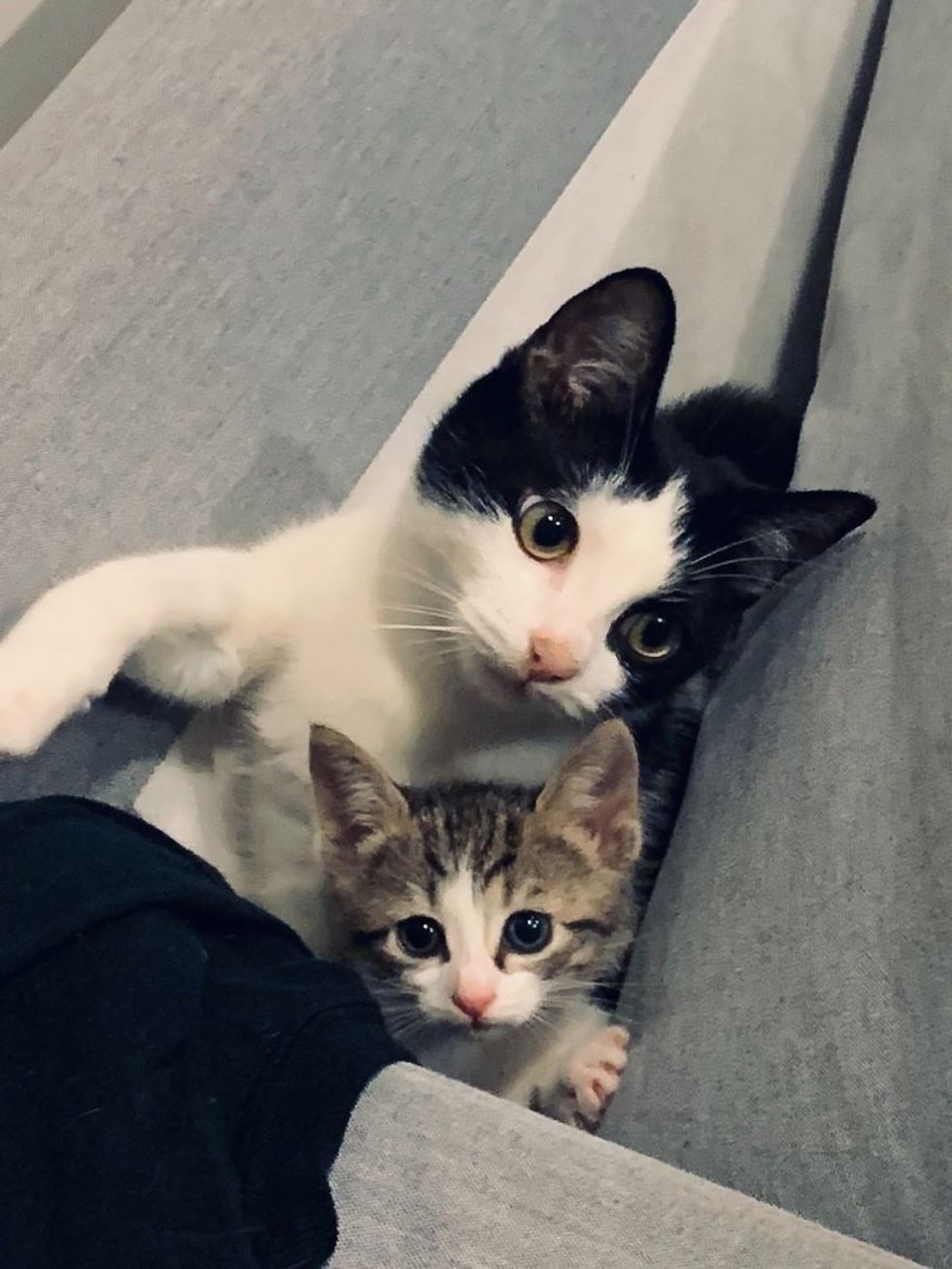 When the tuxedo was ready for spay surgery and adoption, another volunteer took her for a vet visit.

"I remember feeling torn because she made me work so hard for her love. I had never felt this way about any of my other fosters, so I slept on it," Kyla said. "When I woke up, I immediately called the nursery and told them that I was going to adopt her!" 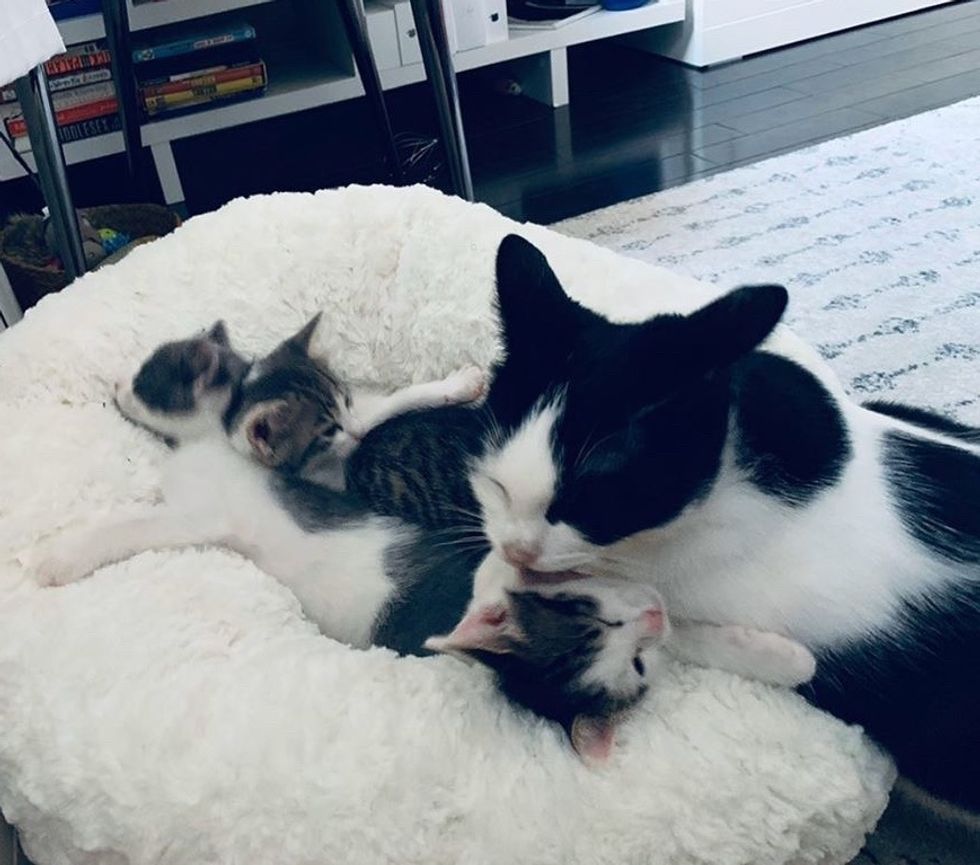 When Calvin came home, it was as if she had never left. She immediately went back to her normal routine, snuggling with her now forever human, purring up a storm.

Watch Calvin caring for her foster kittens in this cute video:

There's something really special about the tuxedo girl — whenever Kyla brings home a foster kitten, she comes running and wants to help.

"I noticed her love for the kittens when they would be in their enclosure and she would sit on top or next to it all day," Kyla said. 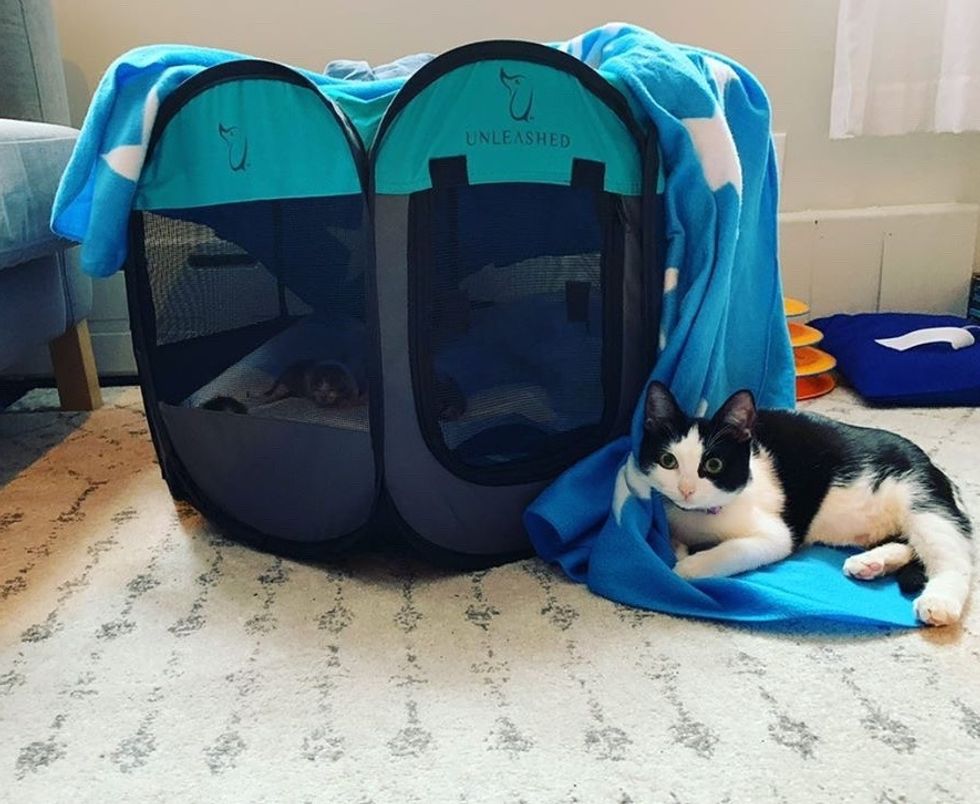 Calvin will stay with the kittens when they arrive and guard outside their nursery pen, making sure they are not alone.

Even the shyest fosters are drawn to her and immediately calm down in her presence. 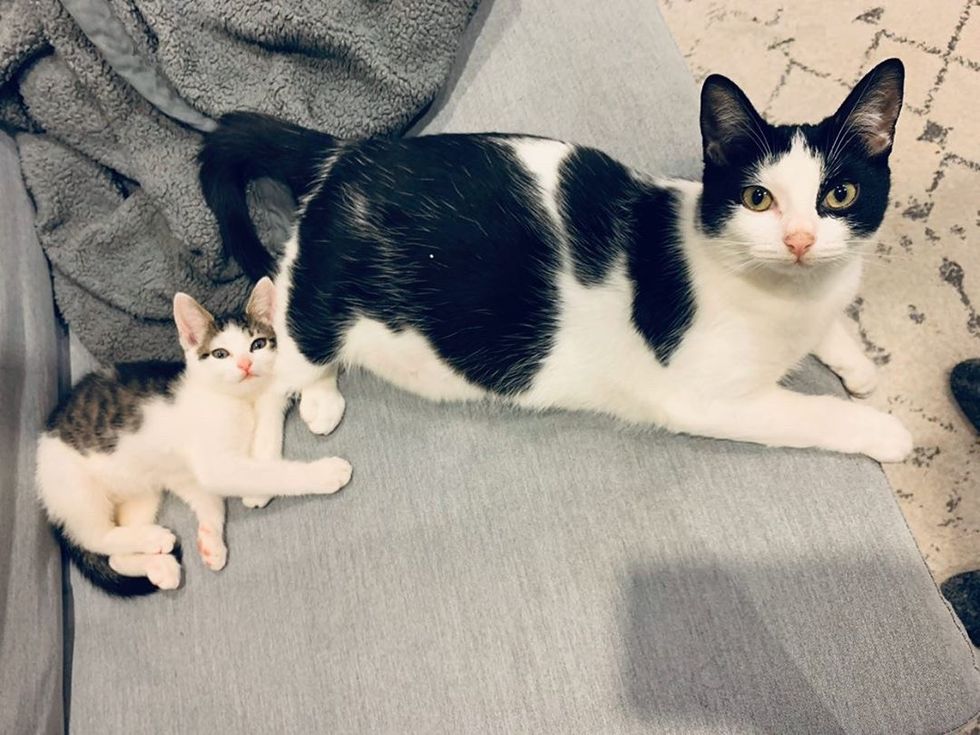 "Her favorite thing to do with the kittens is napping because she loves cuddling. She also is great at grooming and keeping them out of trouble.

"I never have to worry too much because she is the best babysitter ever." 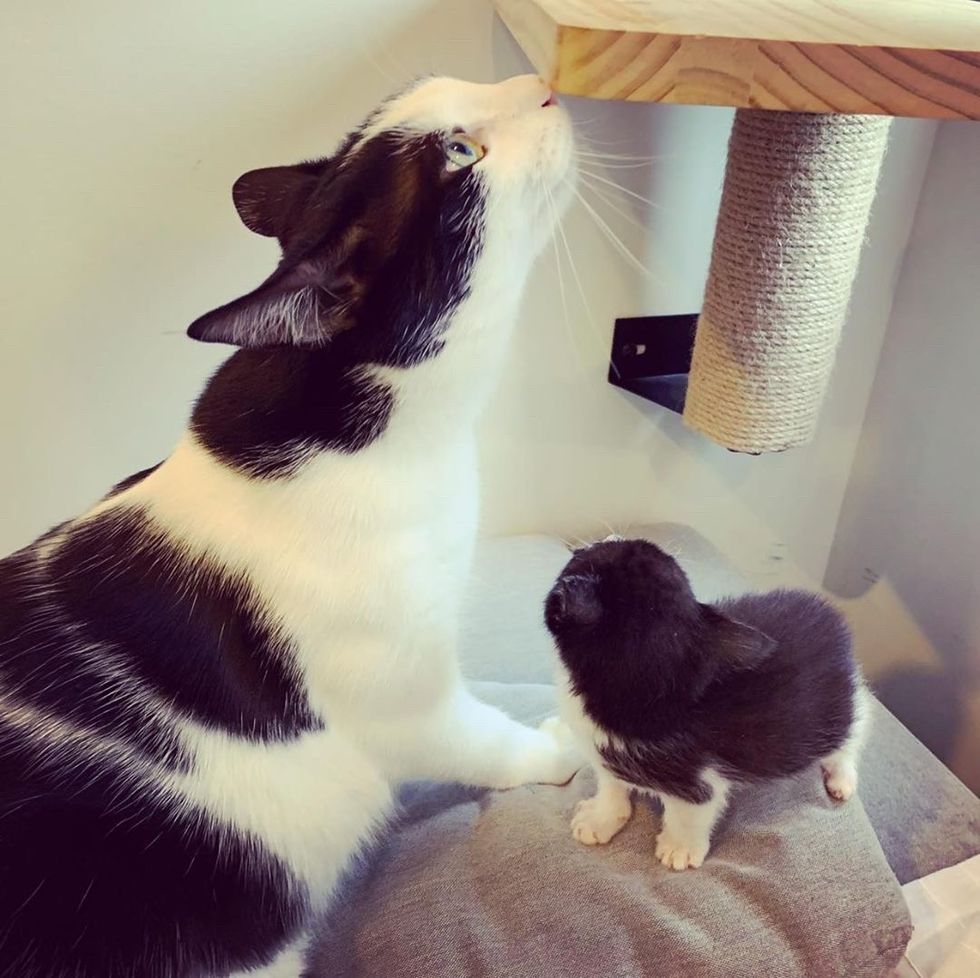 The little tuxedo has helped foster over 25 kittens over the last one and a half years.

Many of those kitties she cared for, came in as orphans and found love through her. 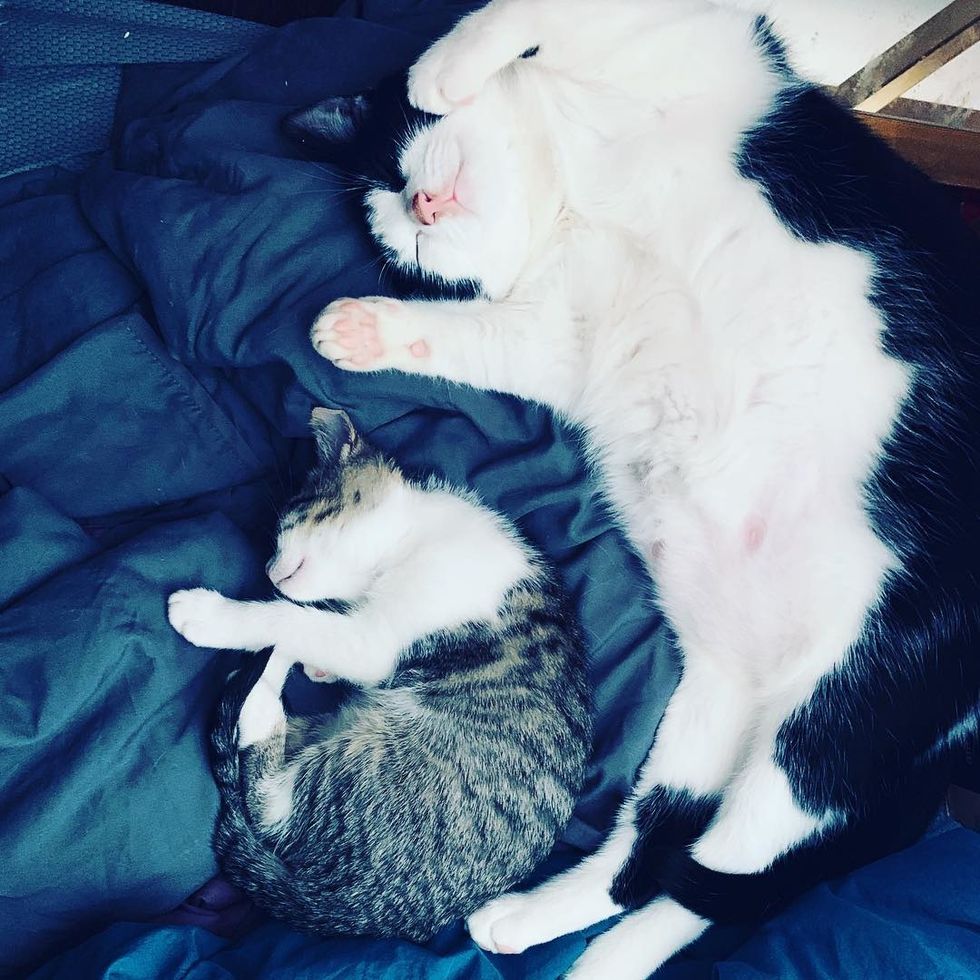 "We currently are fostering three older kittens who are under socialized and I would be remiss not to mention that she is the main reason they have come out of their shells," Kyla said. 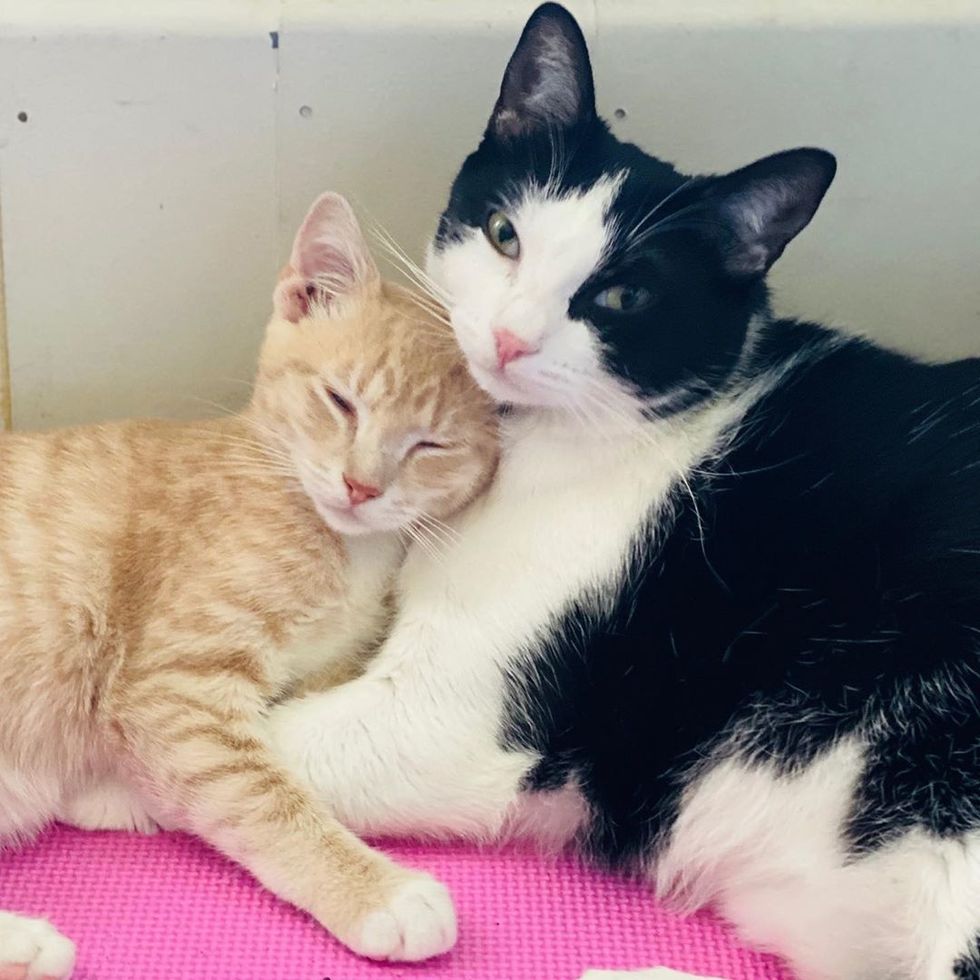