Cat and Her Beloved Kittens Thrive Through Help from Foster, Now Hope for Dream Home Together

A cat and her two beloved kittens hope for a dream home together after a rough start to life. 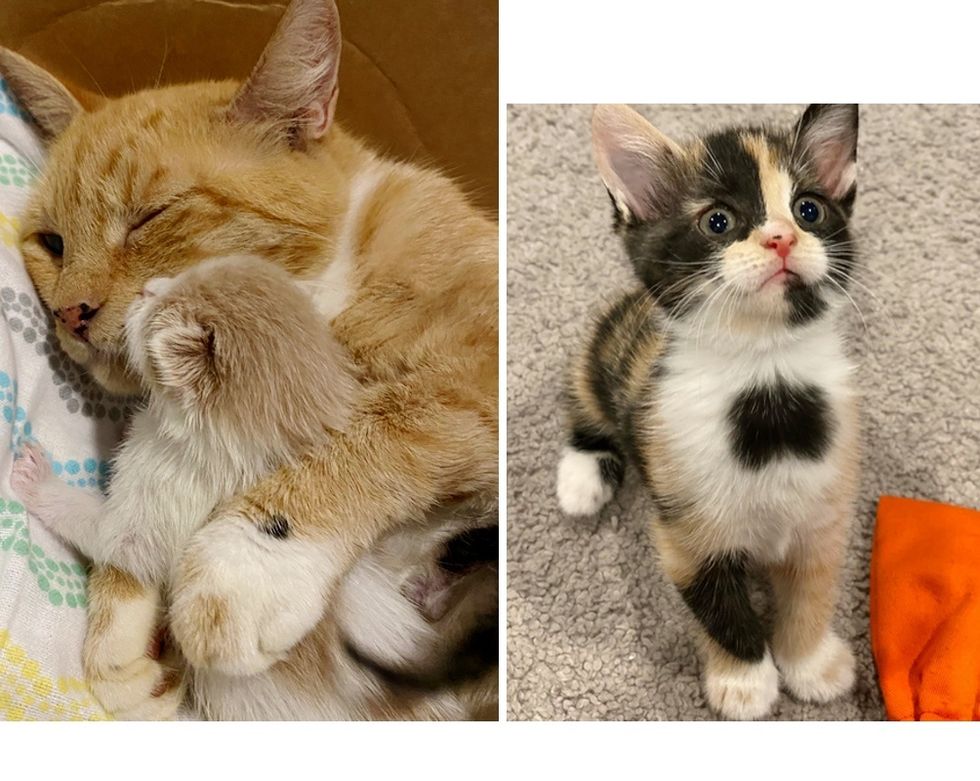 Heidi Shoemaker, a fosterer and animal rescuer based in Florida, was notified about a pregnant stray found wandering outside. It took days until the elusive cat was finally captured and brought to safety.

The orange and white cat named Lorelei was very timid at first and would flinch away when being petted. After getting a full belly and settling in her new room, she began to warm up to her foster mom and even let out a few purrs.

Lorelei was so glad to have a roof over her head, plenty of food and a comfortable place to finally relax. 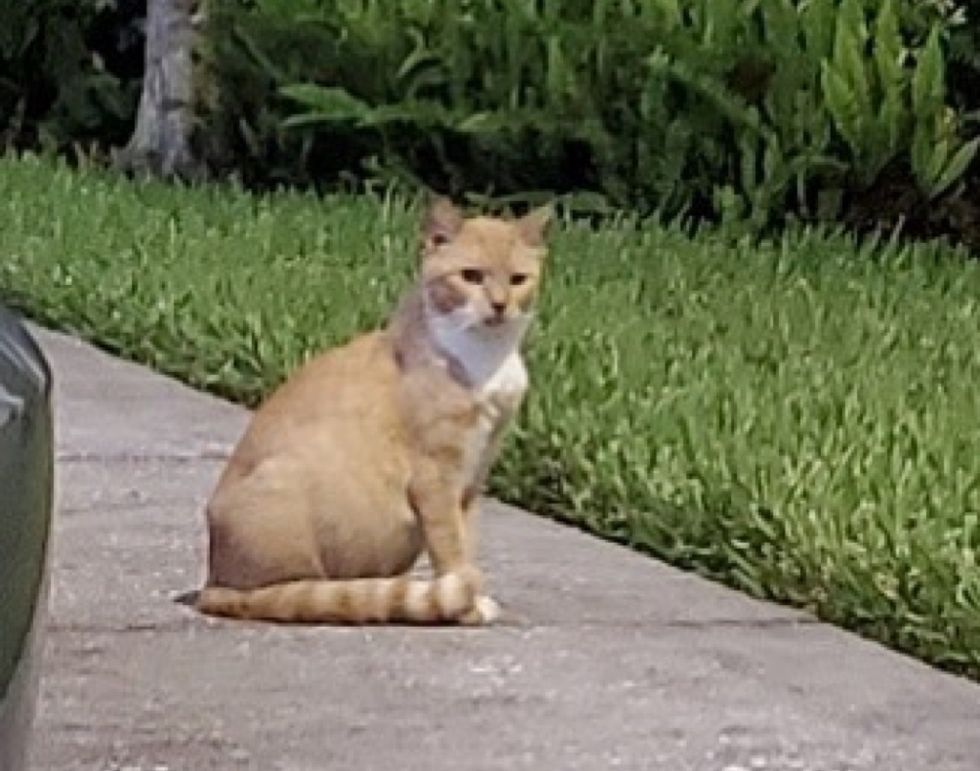 The next morning, Lorelei really came around and even wanted to be stroked while she ate. Later that day, she went into labor.

"That night, I could see there were problems as her first baby appeared to be stuck. I had to rush her to the emergency vet," Heidi told Love Meow. 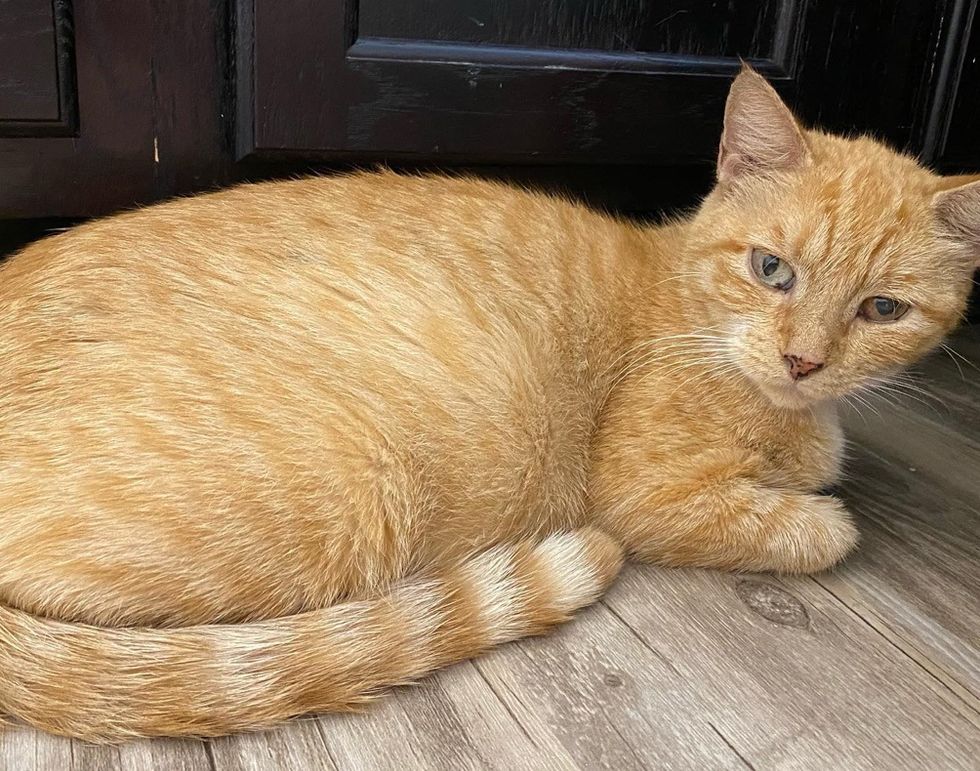 With help from the veterinarian, Lorelei gave birth to three kittens, and two of them pulled through. The timely rescue not only saved those kittens' lives but the mother's too.

Momma Lorelei didn't have milk supply while she was recovering from several health issues. Heidi stepped in to bottle feed the babies every two hours and provide supplements to keep them strong.

"As tired as I was, I was determined to plump these babies up." 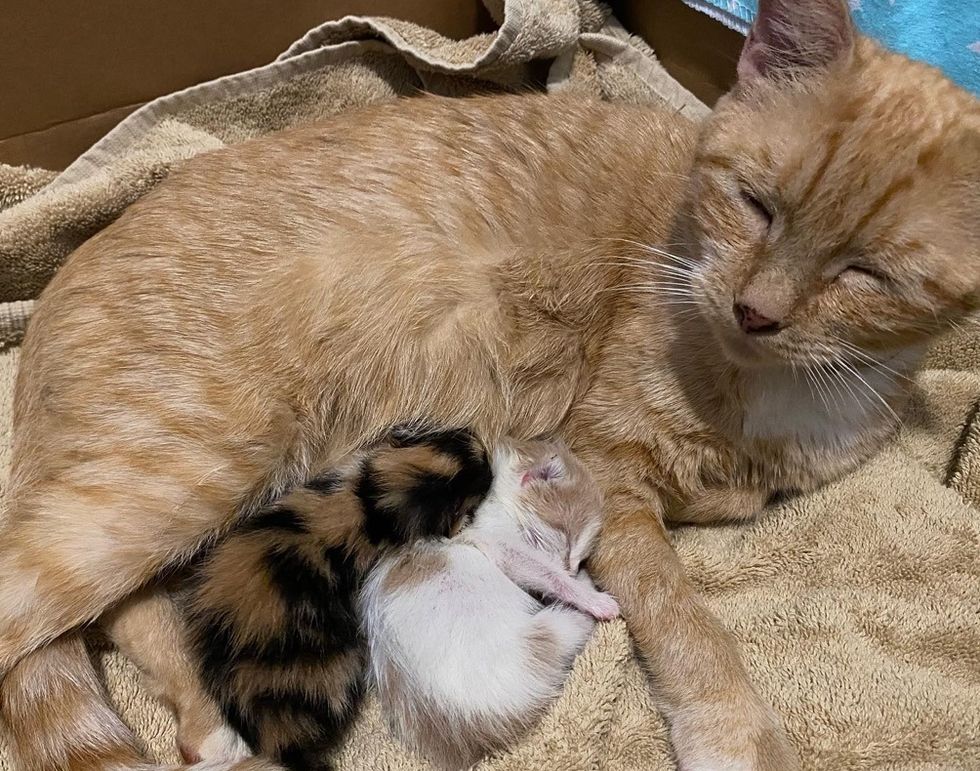 Lorelei's appetite began to improve every time Heidi came in to help with her kittens. She would wash her babies from head to tail after every feeding, showering them with love.

With good food, proper medication and lots of pets, Lorelei made incredible strides. Exactly one week after the birth, her milk production kicked in and she was able to nurse her young. 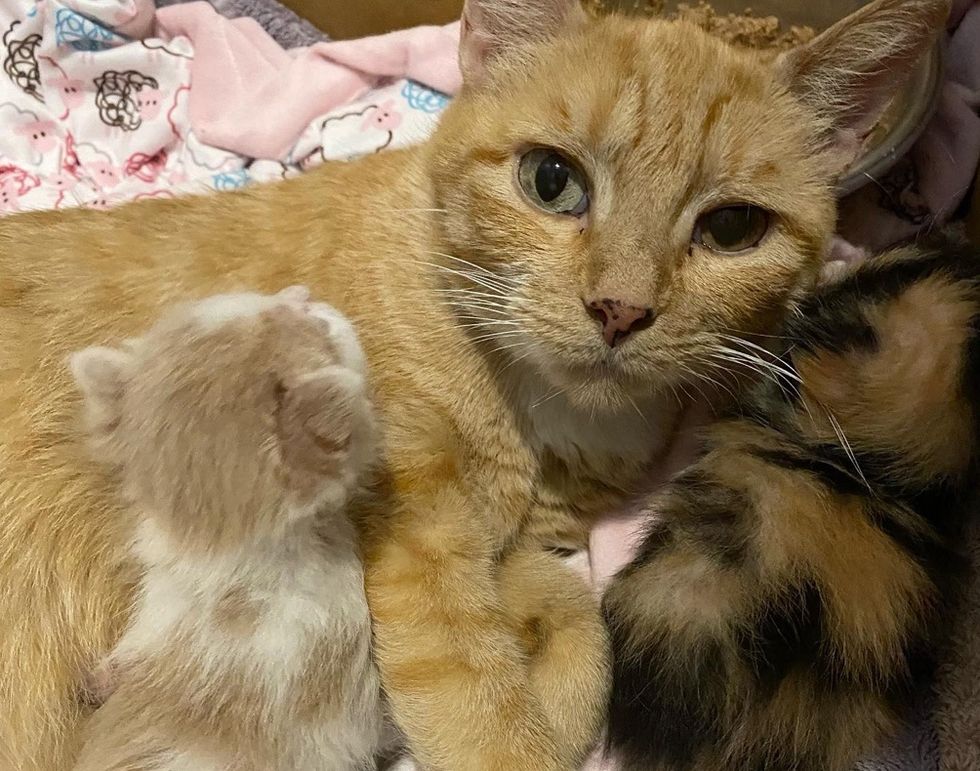 "Mama Lorelei was getting her milk slowly back. I was beyond happy. I couldn't get her food fast enough, and was constantly refilling her bowl," Heidi added.

"It made my heart so very happy to see them nursing off their mama and listening to their little suckling sounds. I was no longer supplementing the babies and they were growing so well." 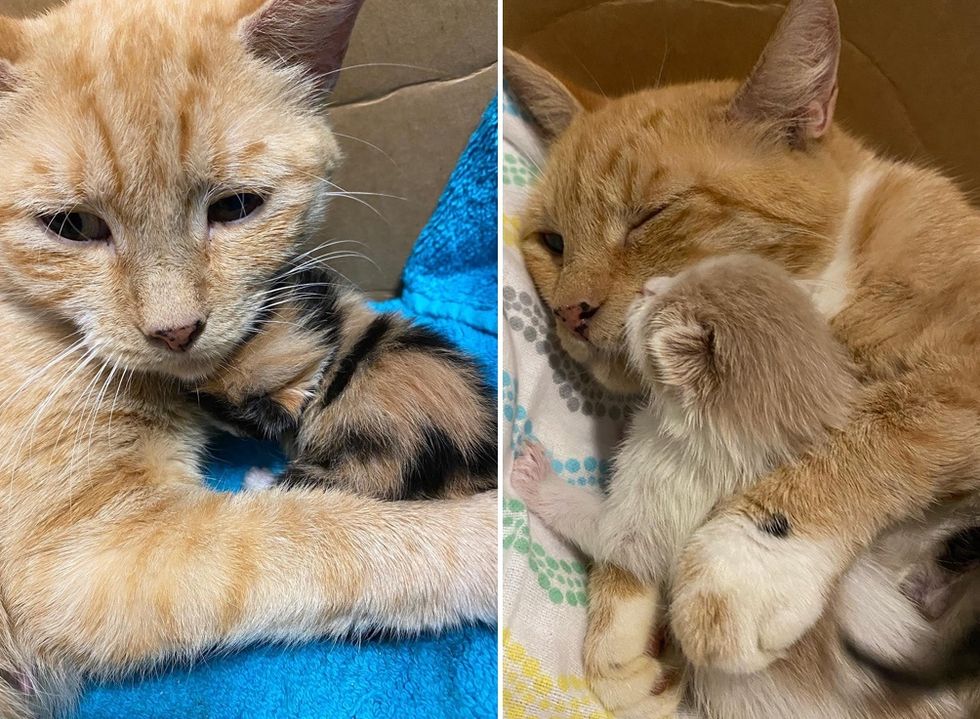 Watch the sweet family in this cute video:

Cat and her beloved kittens www.youtube.com

The ginger and white kitten, Luke, was bigger than his sister, Leia. Despite being smaller in size, the little calico could hold her own whenever they wrestled around their nest.

When the kittens started to walk and explore, they were moved into an upgraded space with a large playpen to run around in. 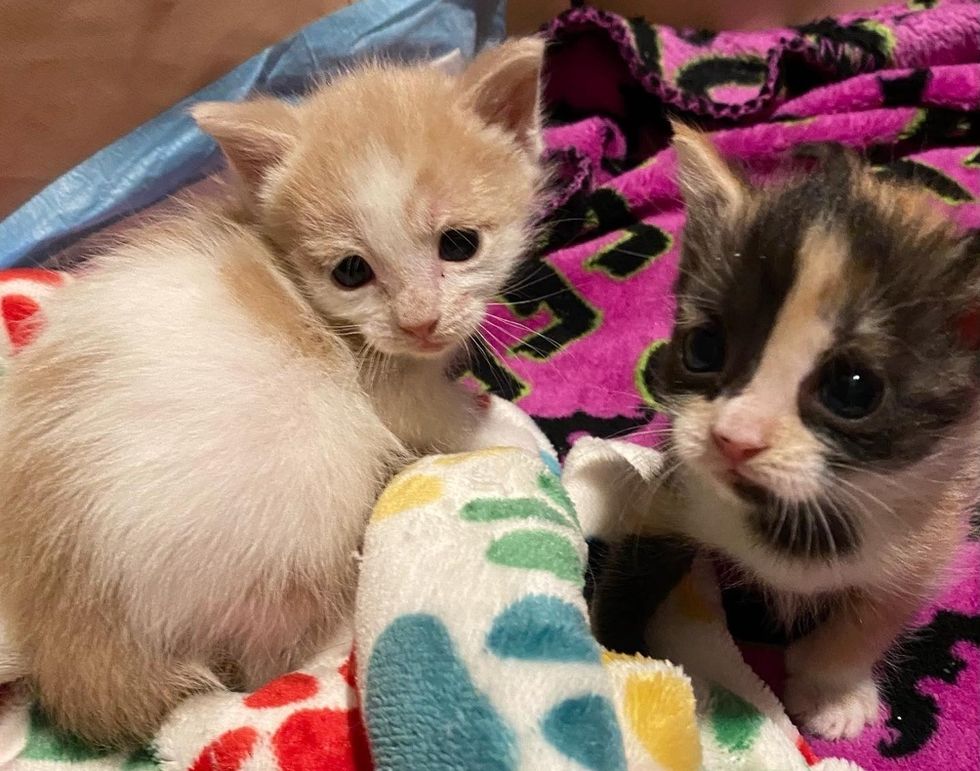 "Leia and Luke are so sweet and friendly. They love to see their humans and start crying at us right away for attention."

The calico is a little spitfire. She may be the smaller of the two, but has a big personality and lots of cattitude. 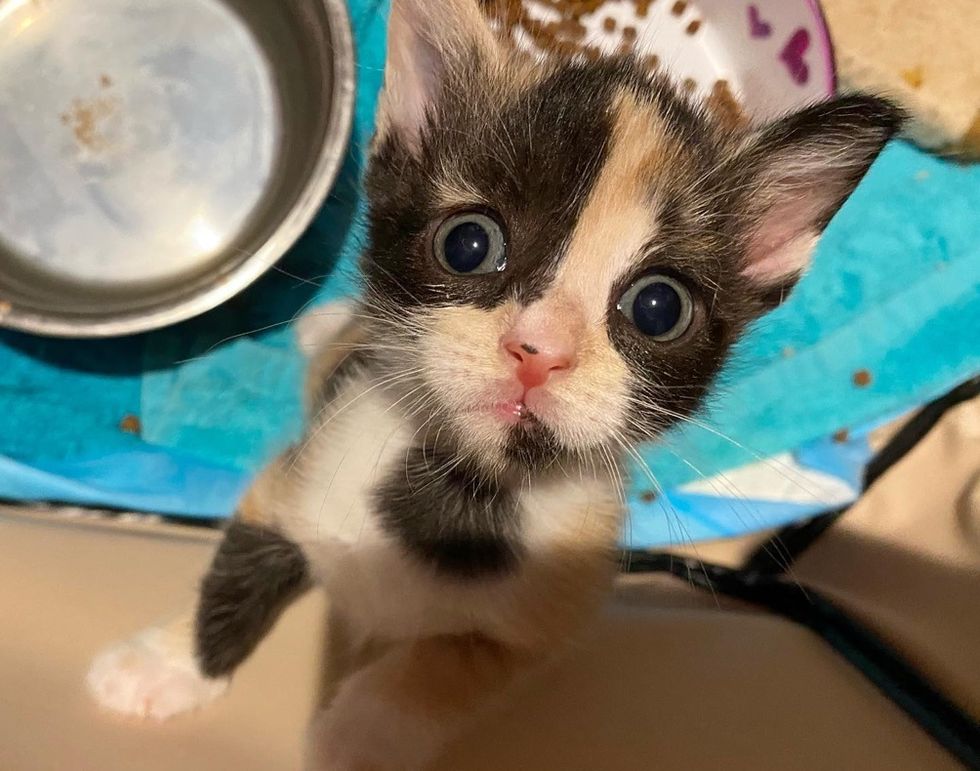 "They both play together constantly and zip around the room chasing one another. They play with Lorelei too, and all three have a deep bond."

Leia wears a cute little bowtie on her chest. She is quite the mischief-maker and enjoys creating all sorts of antics with her brother around the house. 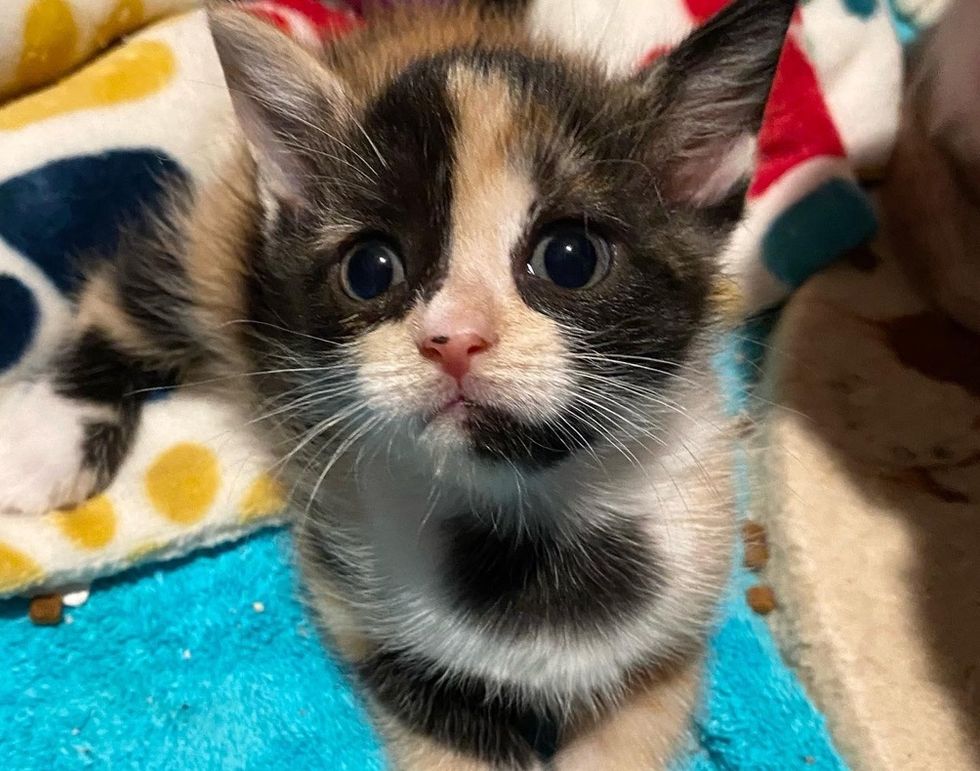 "Lorelei has been through the wringer but I'm so thankful she's on a new path now," Heidi shared. "She is such a sweetheart, quiet, calm, and a wonderful, doting mother to Luke and Leia." 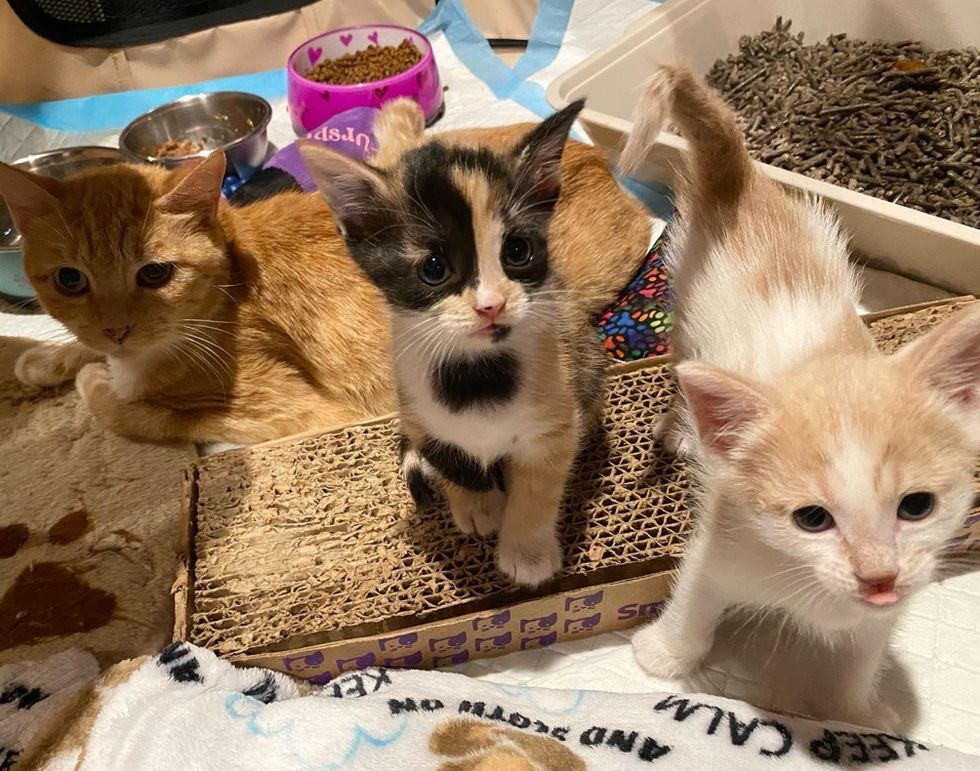 "Even after six weeks, she almost never leaves their side. She's so unique just being a female ginger, but she also has two different colored eyes."

The feline siblings do everything together and feed off each other's energy. 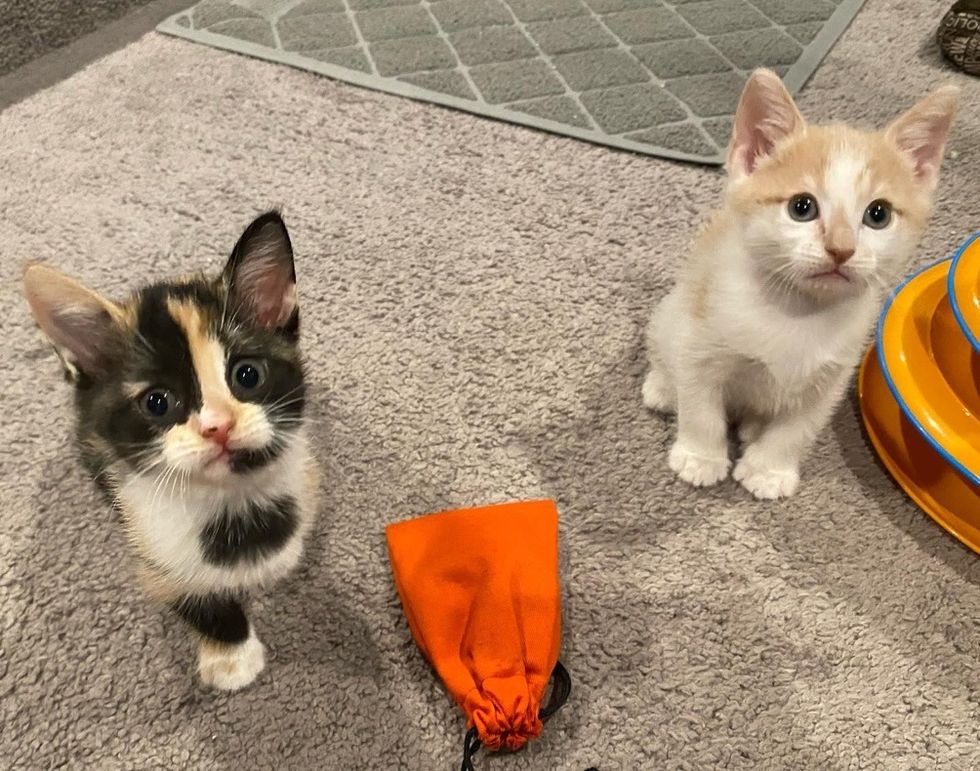 Lorelei continues to mother her kittens even though they are big enough to go on their own. Luke and Leia adore their mom just the same, and like to nuzzle up to her between play time.

After a long journey, the family of three is ready to find a place of their very own. 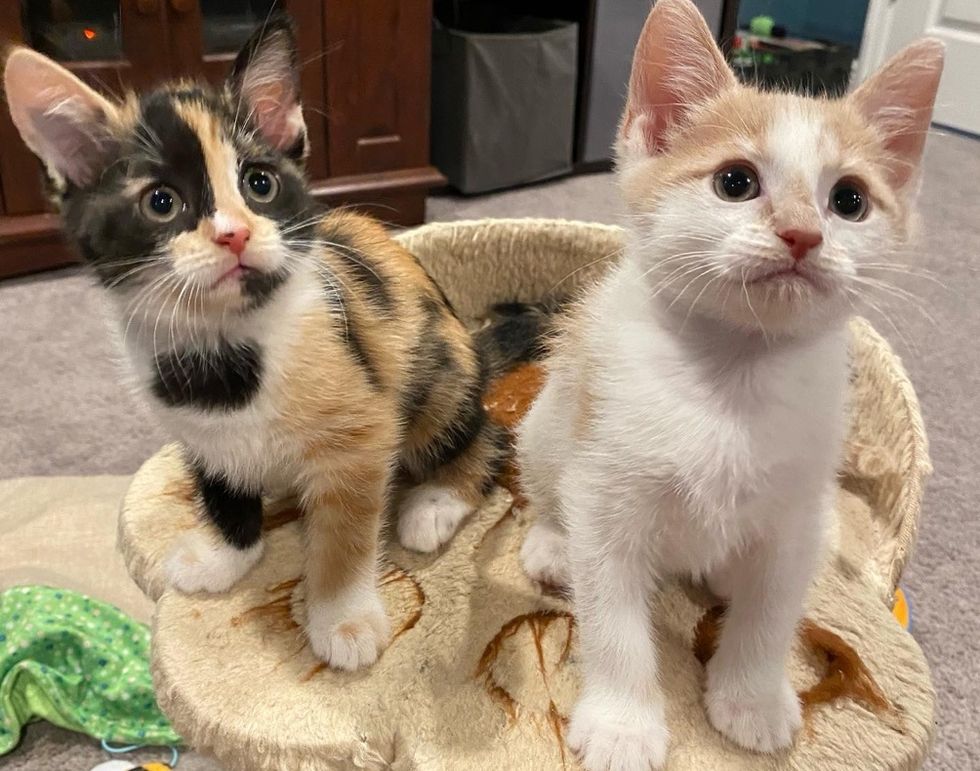 "The kittens are so bonded to each other and their mama. It's precious to see. I hope a special family steps up to adopt all three together after everything they've been through." 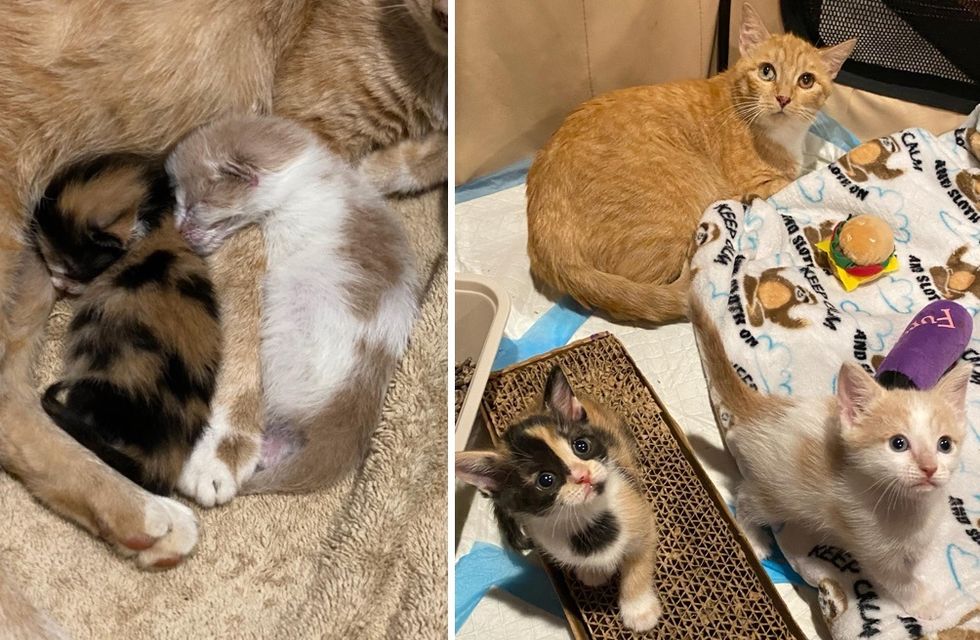