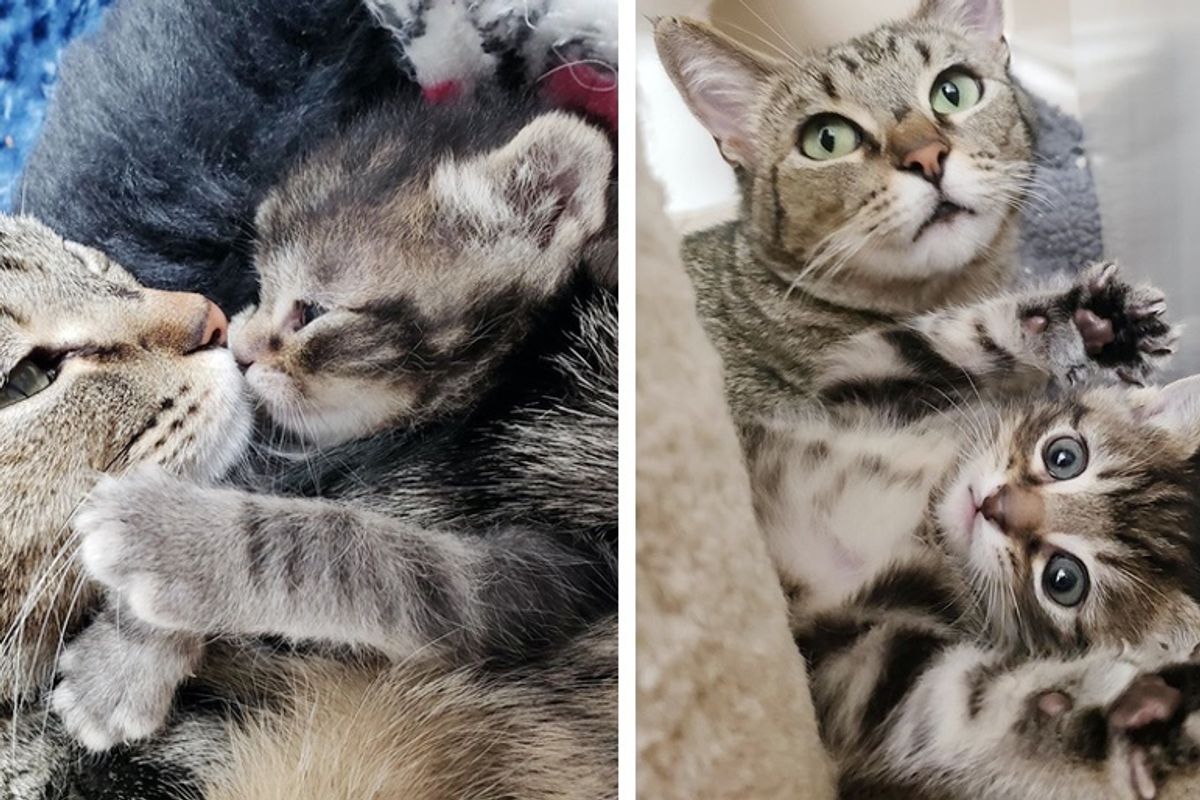 A tabby cat mom clung to only kitten after they were rescued from life on the street. 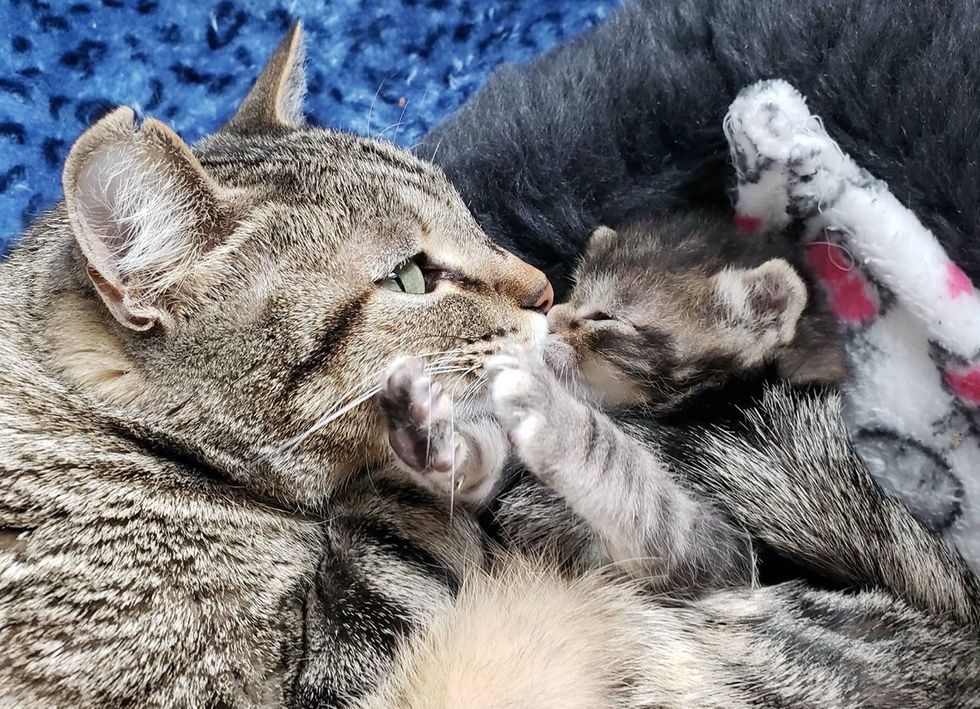 An elusive cat had been seen wandering in a Los Angele's neighborhood for some time. With much effort, Chris, a local animal rescuer, finally got her to safety but she was not alone. The tabby cat was saved along with her two kittens.

Wrenn Rescues (in Southern California) was contacted as the cat mom and her kittens needed a foster home. Jen Marder, a volunteer, took the little family of three into her care.

"When I first got them, mama (Rosa) was very fearful. She had never been inside and she was in a new situation with her newborn babies," Jen told Love Meow. 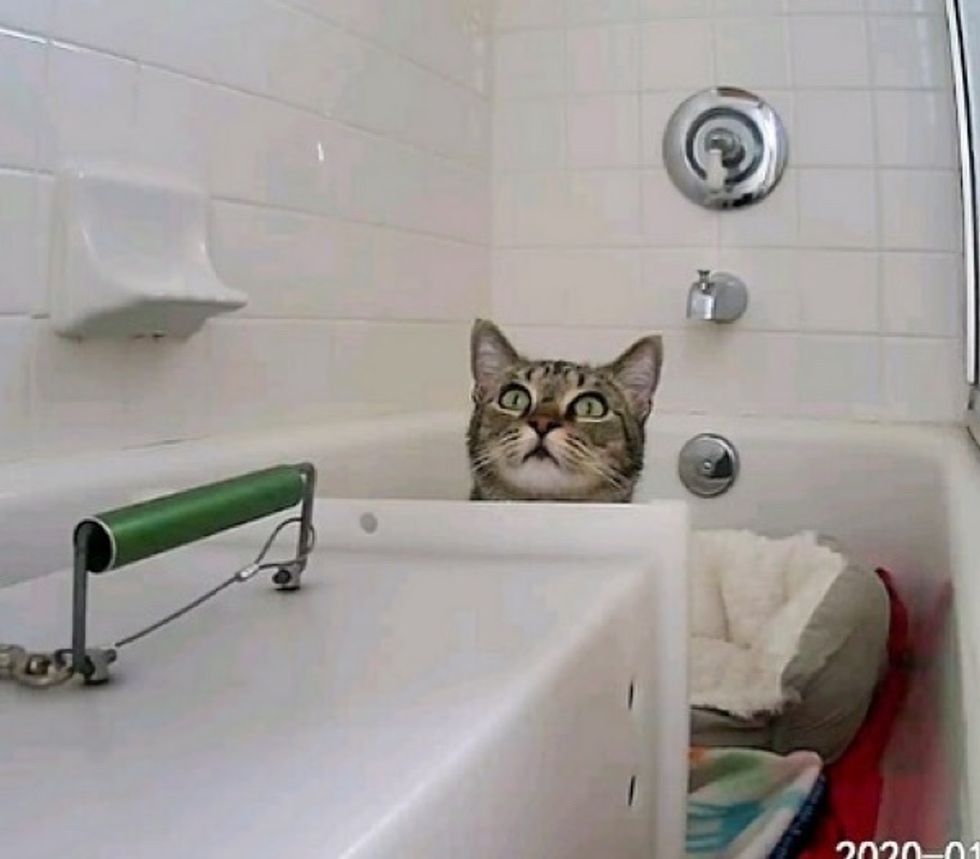 One of the kittens was much smaller, and despite their very best efforts to save her, she passed away two weeks later. Mama Rosa would cuddle with her remaining kitten, King, day and night as if to give him all love he needed to thrive.

"After that, King really started to thrive, and Mama Rosa started to get more friendly," Jen added. 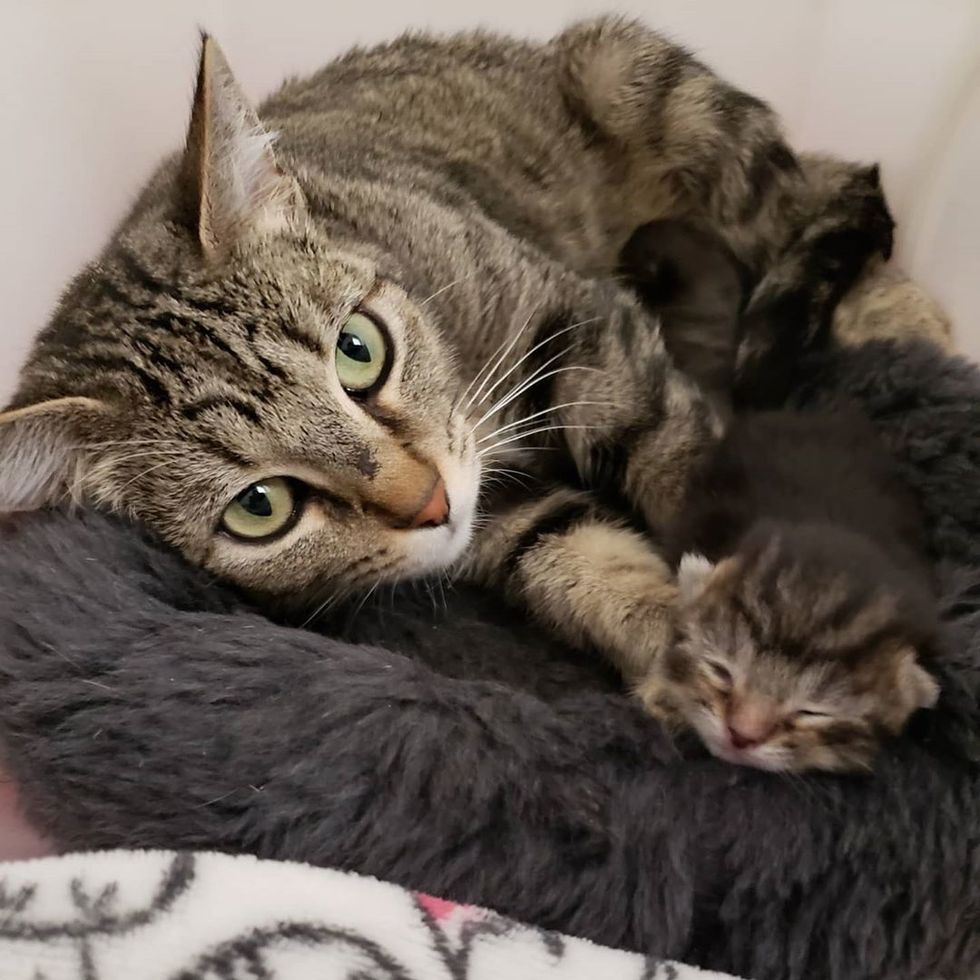 When Rosa realized that her kitten was in good hands, she began to come out of her shell and interact with her foster family. She never left King's side, watching over him every step of the way.

The dedicated cat mom would stay in her nest all day nursing and caring for her little singleton. When she forgot to eat, Jen would bring food and water to her bed to make sure she was well taken care of. 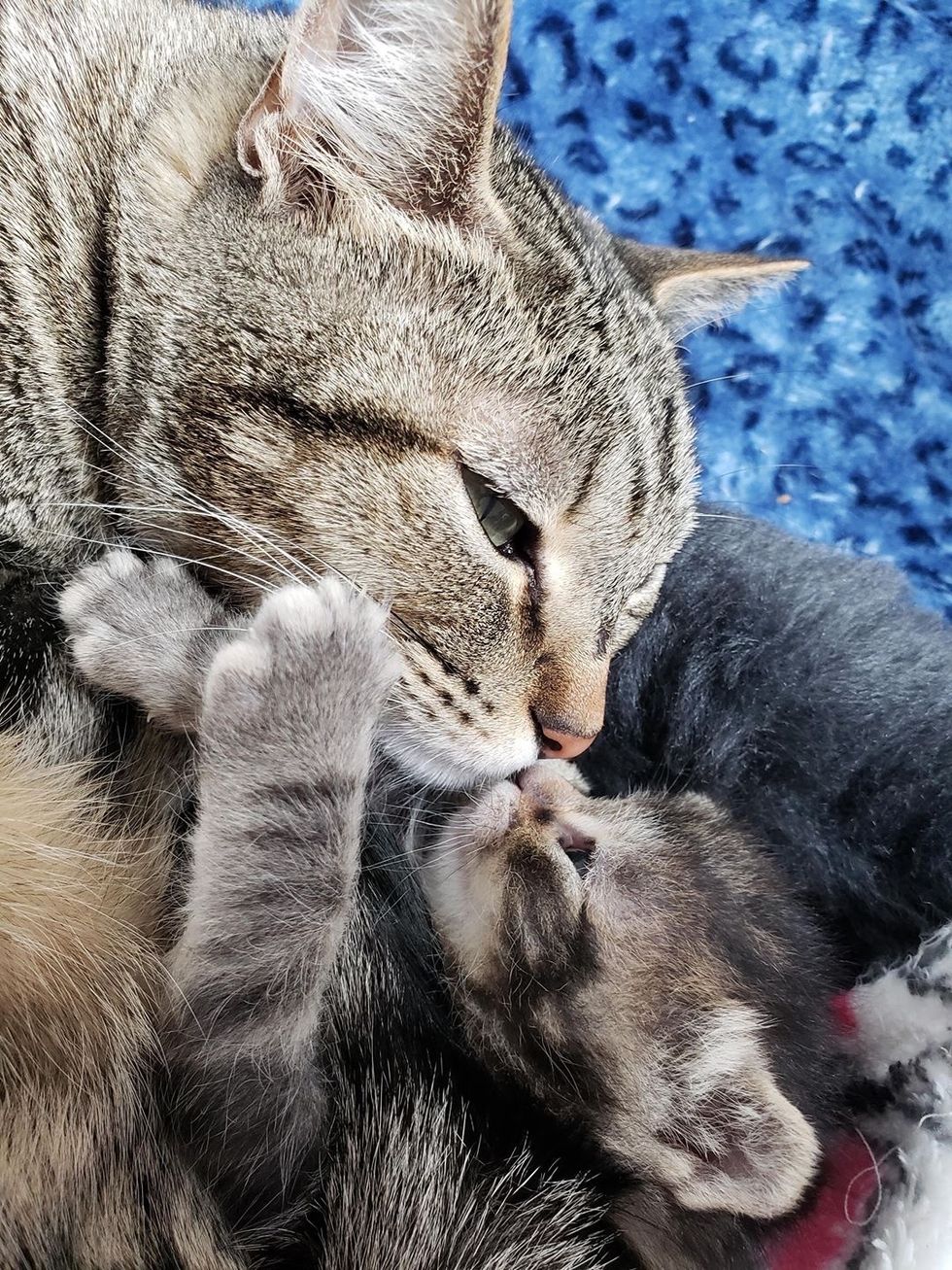 As King grew bigger, he became very playful and rambunctious with his new-found energy.

Mama Rosa puts up with his rough play, and never misses an opportunity to give him a bath. She keeps him clean and groomed at all times. 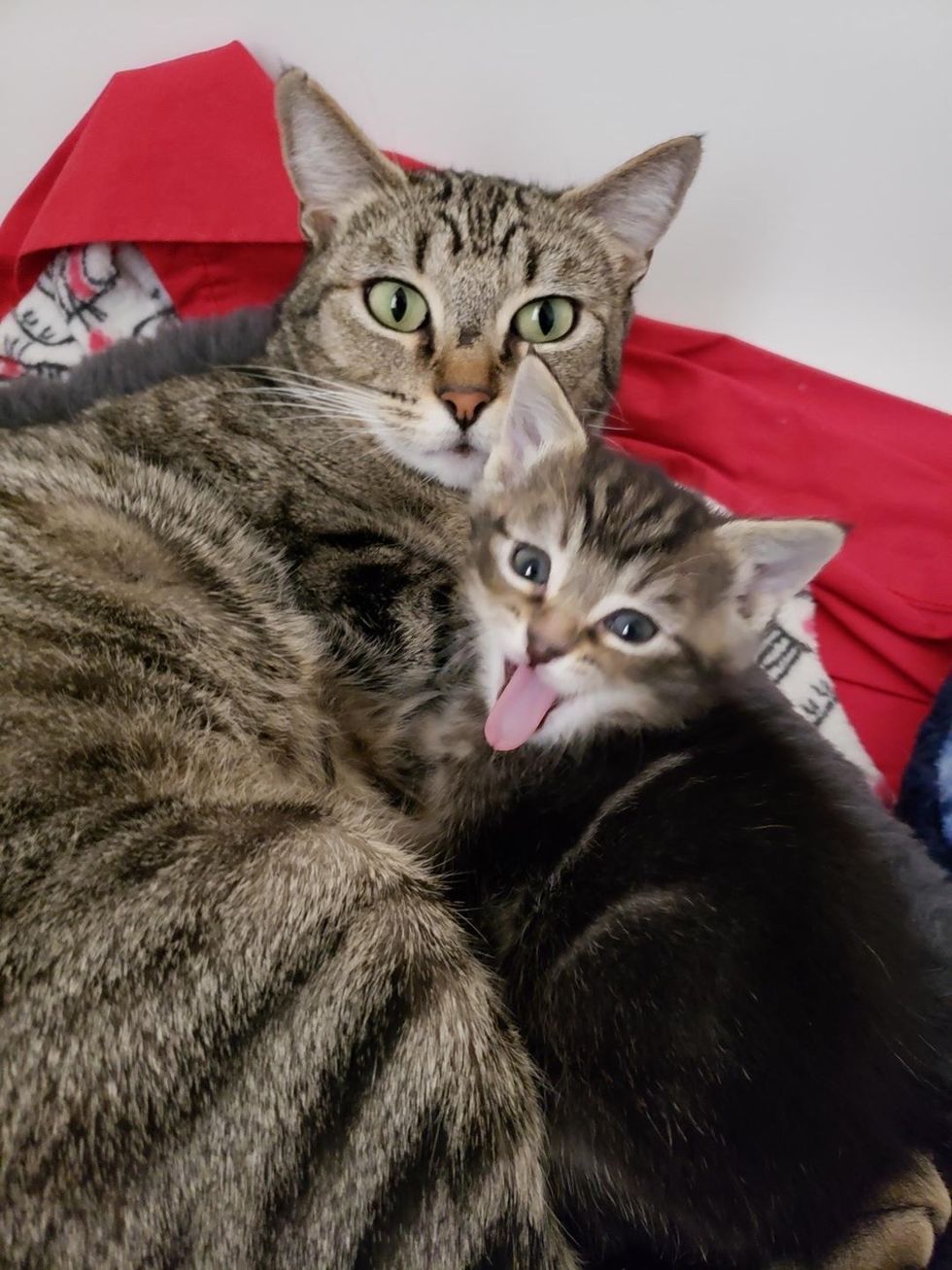 The mischievous kitten tries to escape from Mama's mandatory baths, but only finds himself being showered with more love.

"They truly belong together. It is so funny to watch King climb Rosa's face and she just sits there and lets him play!" 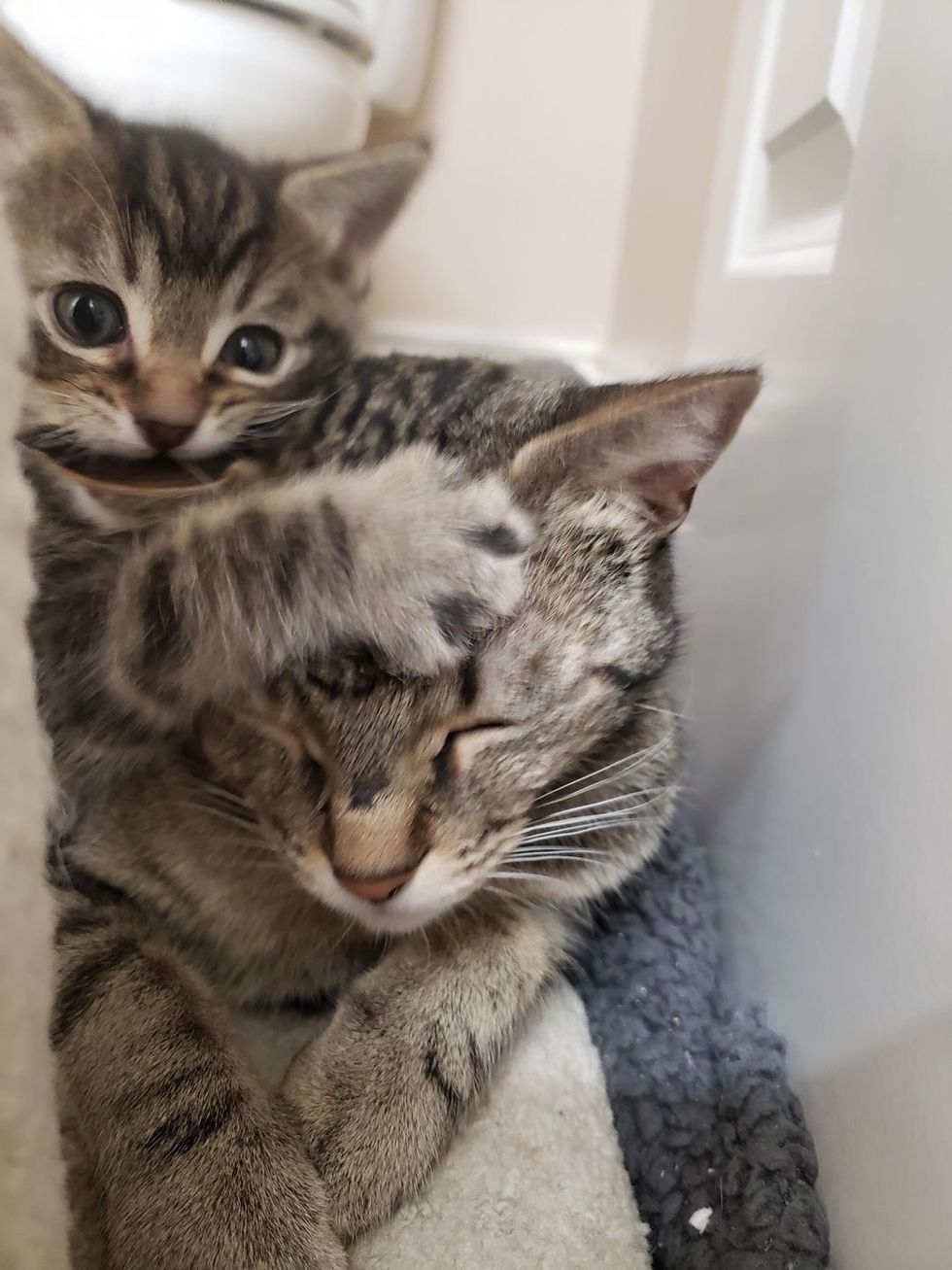 Rosa has always been very close to King. They are an inseparable pair.

Watch Rosa and King in this cute video:

"Wherever Mama is, so is the kitten, and vice versa. It is one of the sweetest bonds between mama and baby that I have ever seen," Jen shared with Love Meow.

Knowing how much they depend on each other, the rescue hopes to find them a home together. 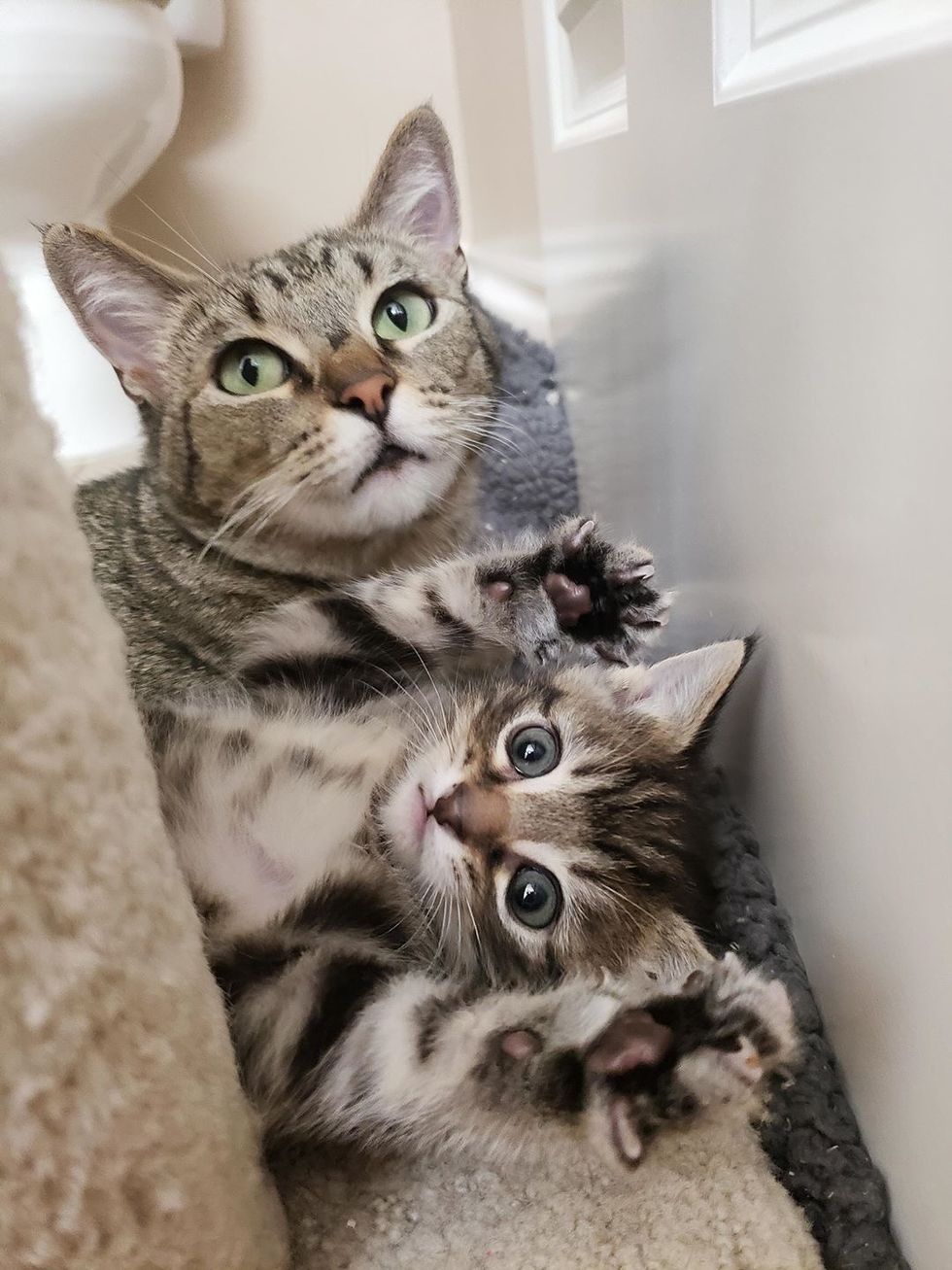 "She is still not a lap cat, but she is not scared. She will come and sniff my finger and rub her face against it. Sometimes, she will let me scratch her head and chin and purr really loudly," Jen said.

"I am really hoping to get them adopted together." 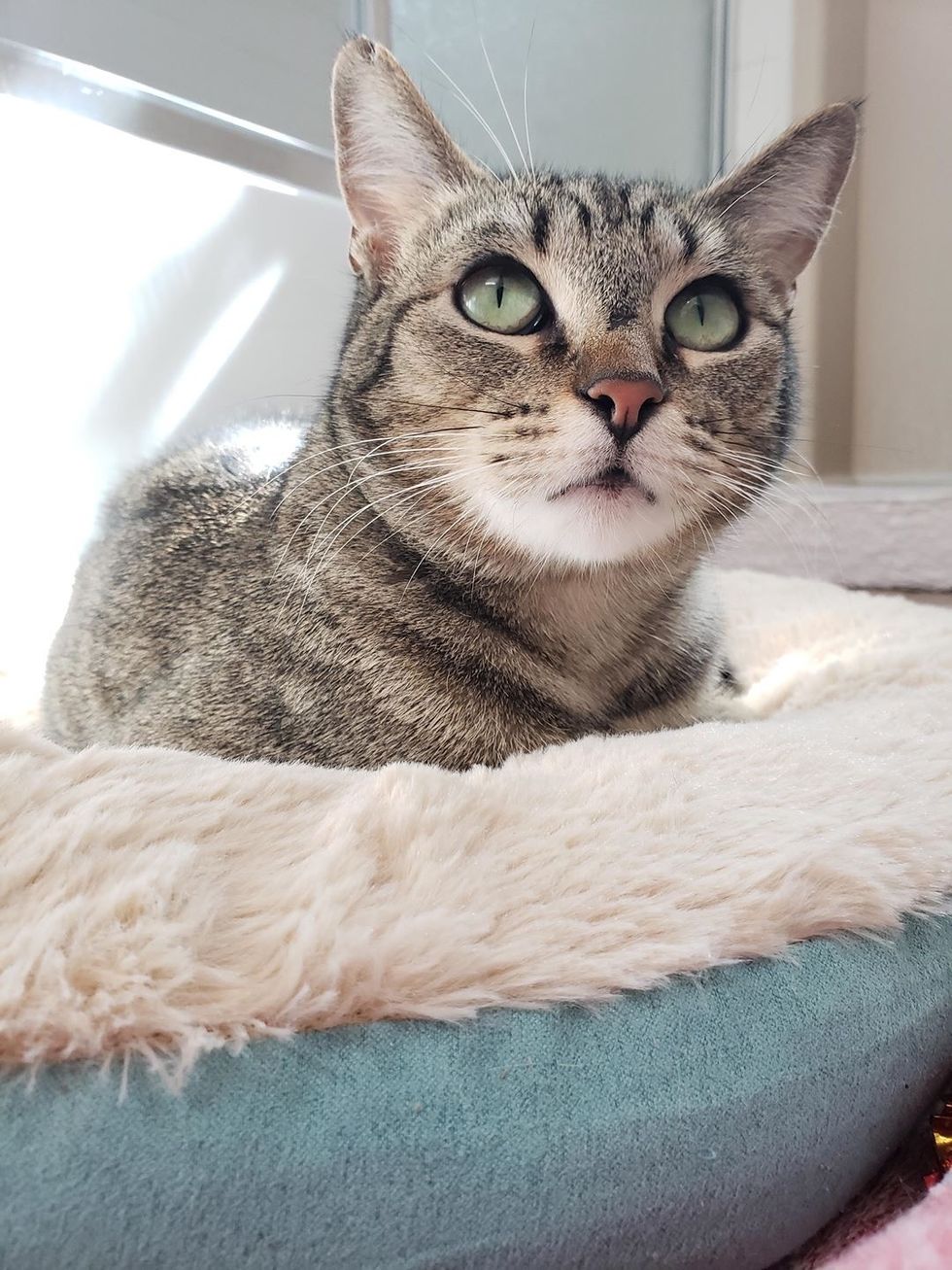 Mama Rosa is blossoming with her precious kitten by her side.

She continues to hover over him as he ventures into his teenage phase. When King runs around the room or plays with his foster mom, Rosa is always nearby, watching over him. 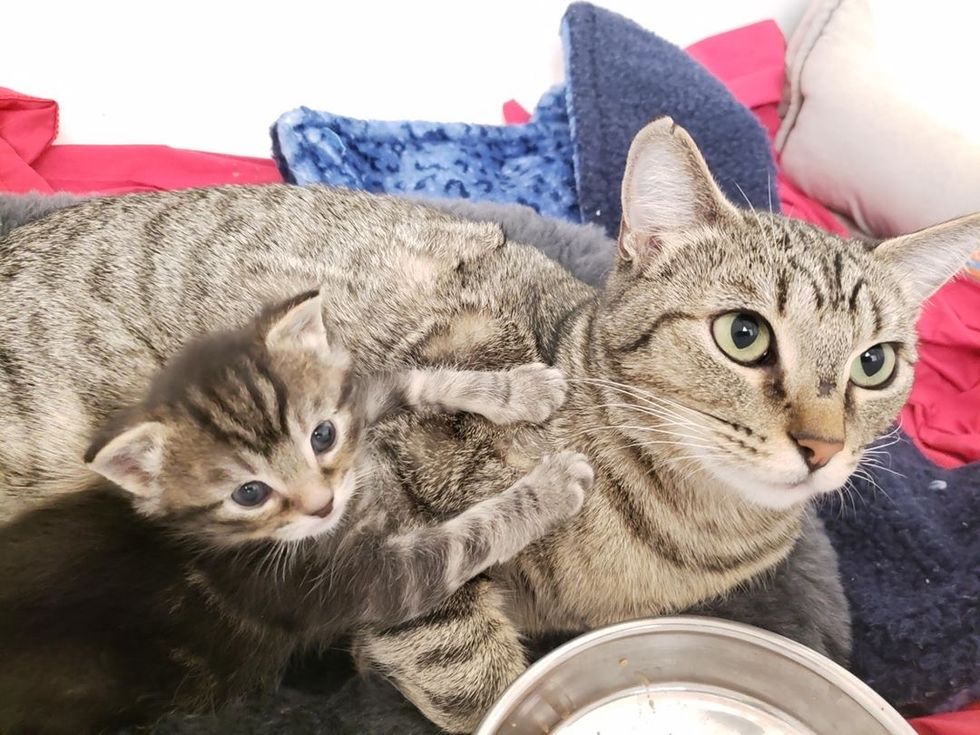