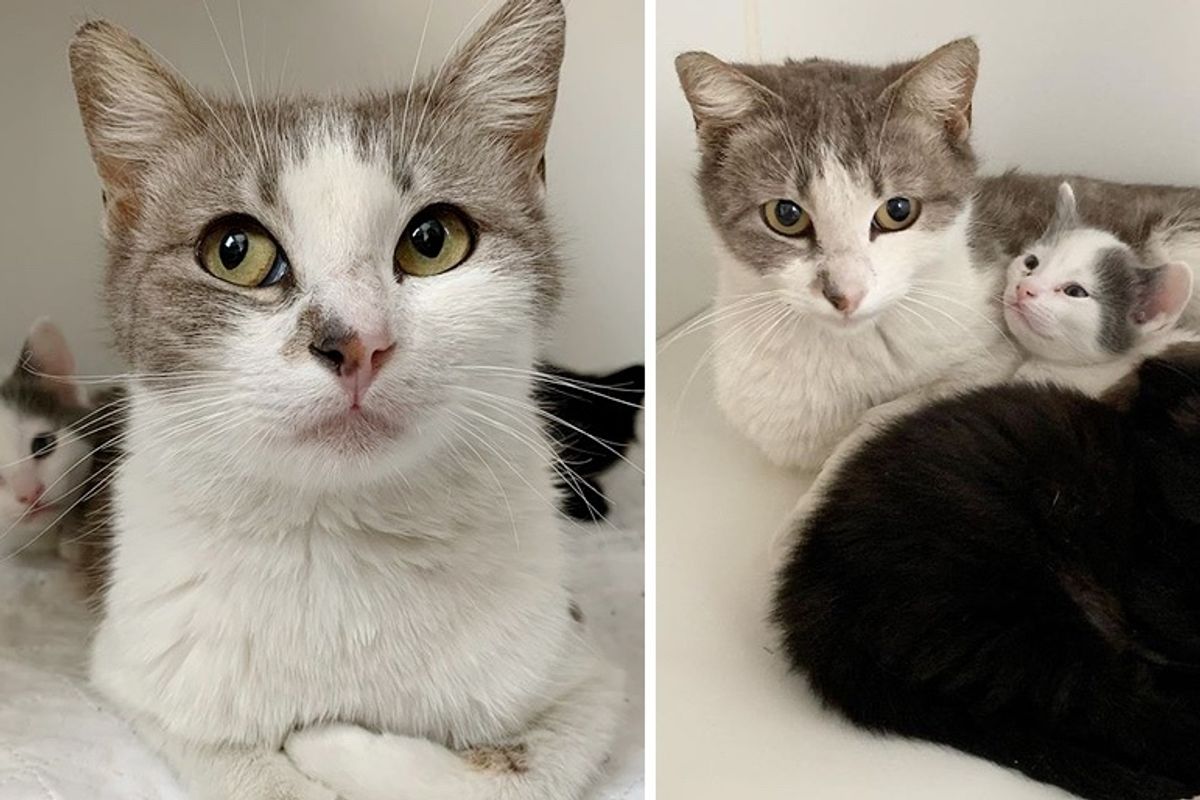 A cat who had been wandering the streets for a long time, found a kind family to help her kittens and began to trust. 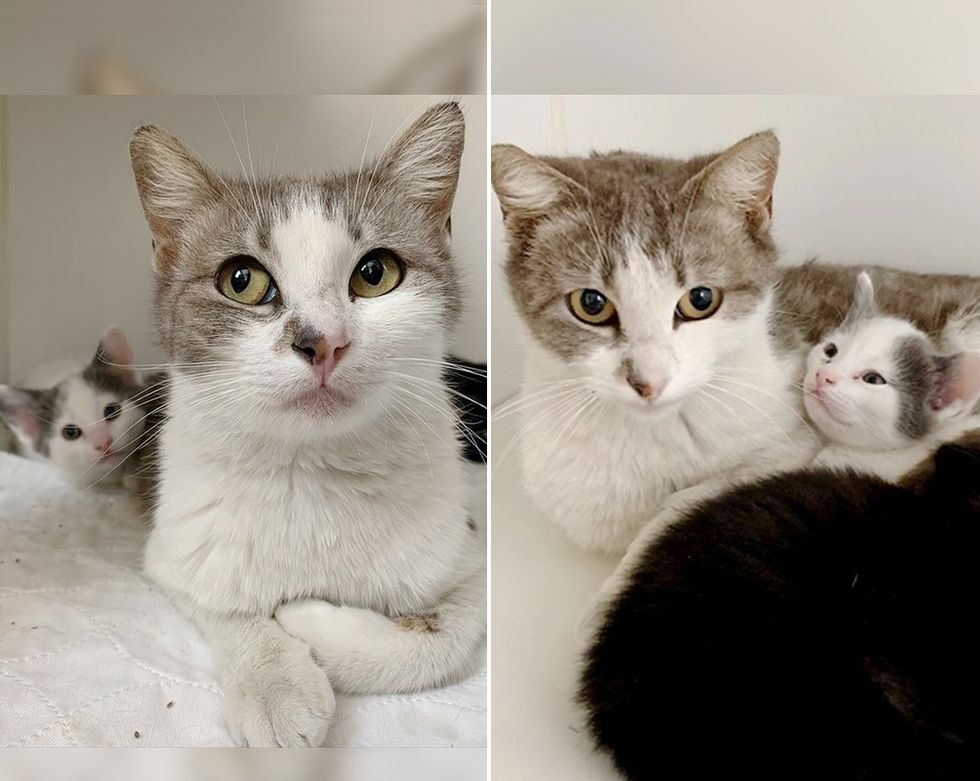 Nikki Martinez, an animal rescuer based in Las Vegas, was contacted about a pair of kittens found outside a woman's home. They were sleeping near the AC unit, trying to stay warm. The woman scooped them up and brought them inside.

"She quickly realized they were small and needed care so she reached out to me. These kittens were clean and healthy. They had a mother caring for them," Nikki shared with Love Meow.

Knowing that the cat mom was likely nearby, Nikki set a box trap with some smelly food, in hopes that she would return. They notified the neighbors to keep an eye out for the cat and look around for more kittens so no one would be left behind. 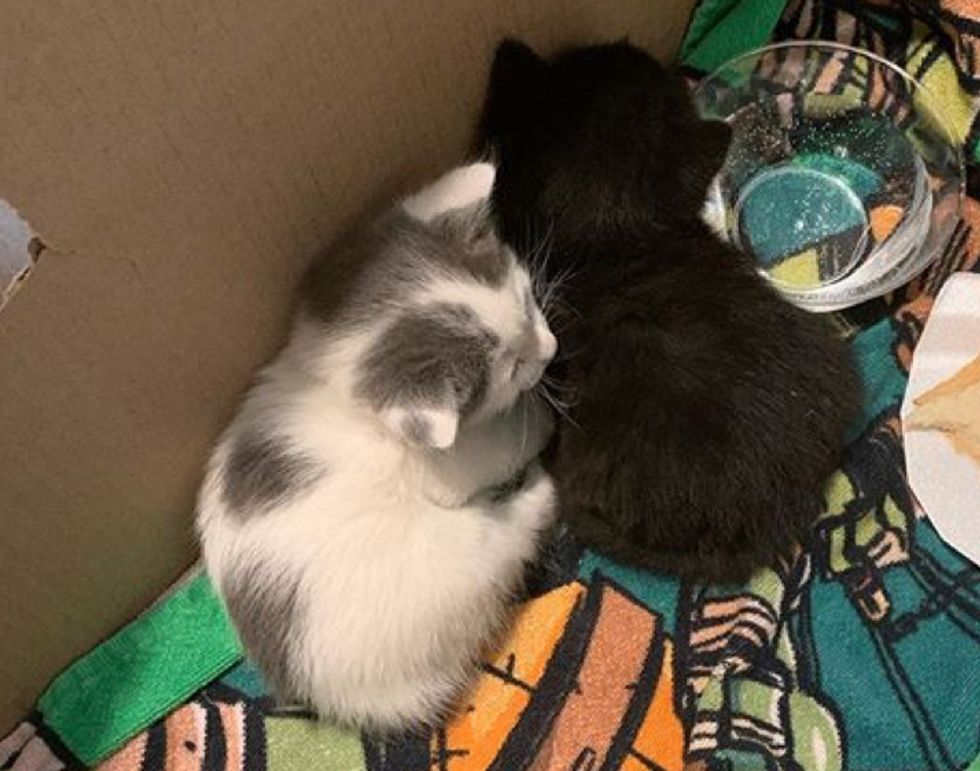 Later that day, they got the cat mom to safety. She appeared to be unsocial and didn't want anything to do with people, but that was about to change.

As soon as the kittens heard their mom, they meowed even louder as if they were calling to her. Nikki reunited the little family and provided them a quiet, safe place so the mom could concentrate on her babies and wouldn't be disturbed. 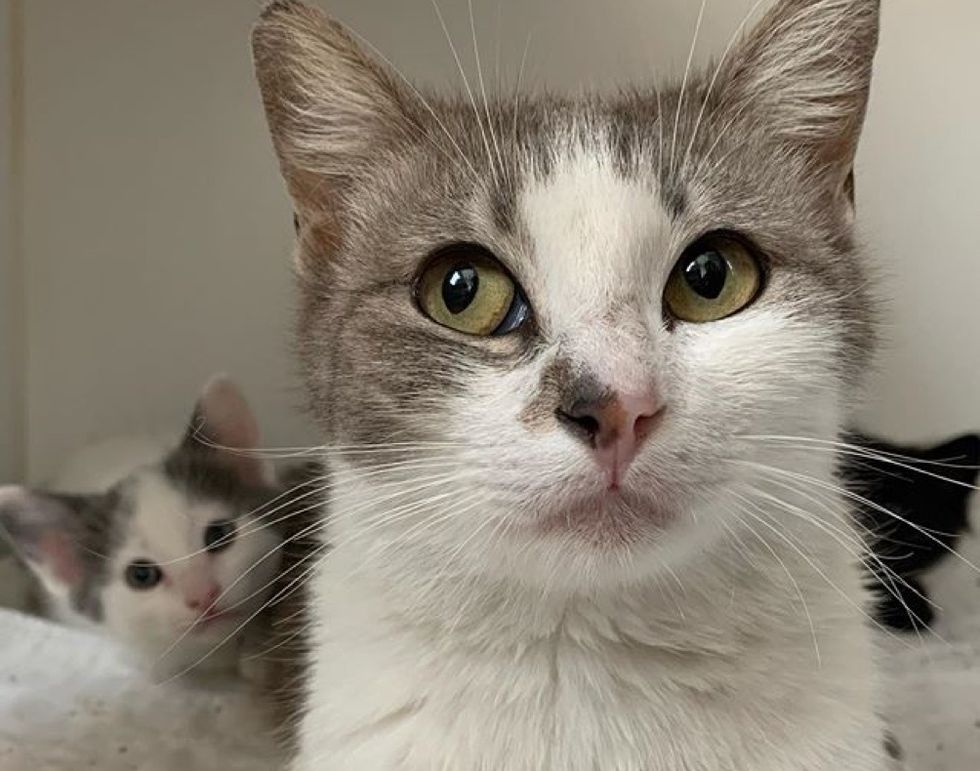 The cat was fearful of people during the first few days, but things began to change when she realized that Nikki and her family meant good. She warmed up to the idea of being petted and even let out a few tiny purrs.

Perhaps, the comfort of indoor life helped change her mind, and the sweet mama started to trust. Nikki officially named her Skippy and her kittens Peanut (grey/white) and Butter (fuzzy black). 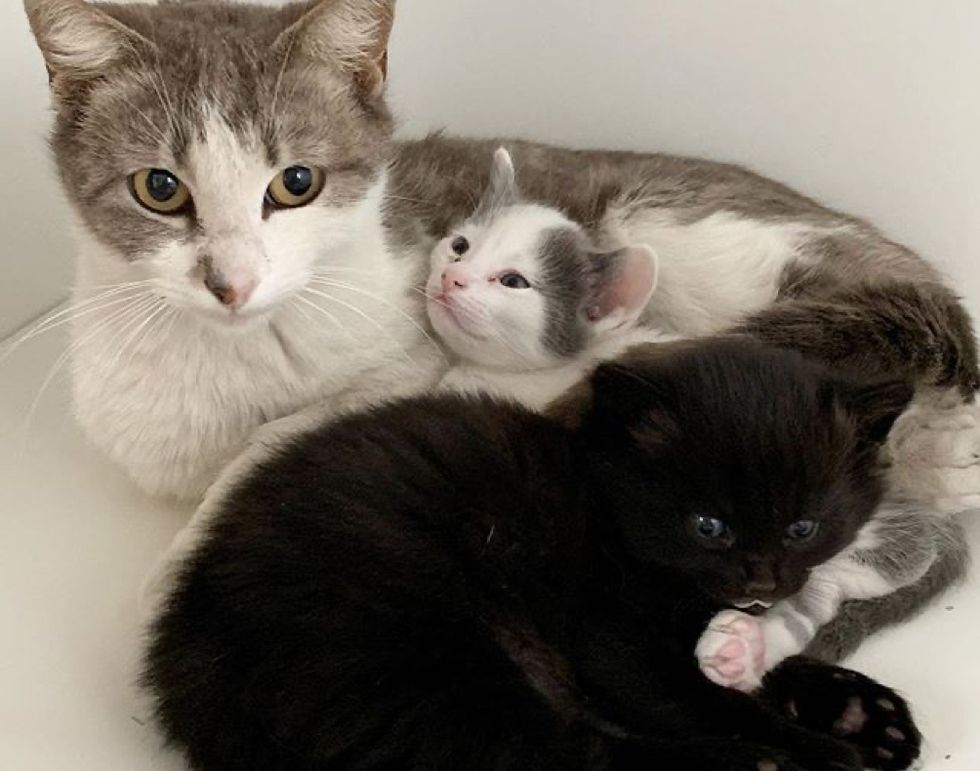 "If you find a pile of clean, healthy kittens, don't be quick to take them. Mama is likely nearby and left them there to go find food. Kittens 5-weeks and younger have the best chance with their mother," Nikki said.

"They also have a better chance being raised safely indoors. A large dog kennel, spare bathroom, garage or something indoors and protected from the elements would be an ideal place for a mother cat to care for her kittens." 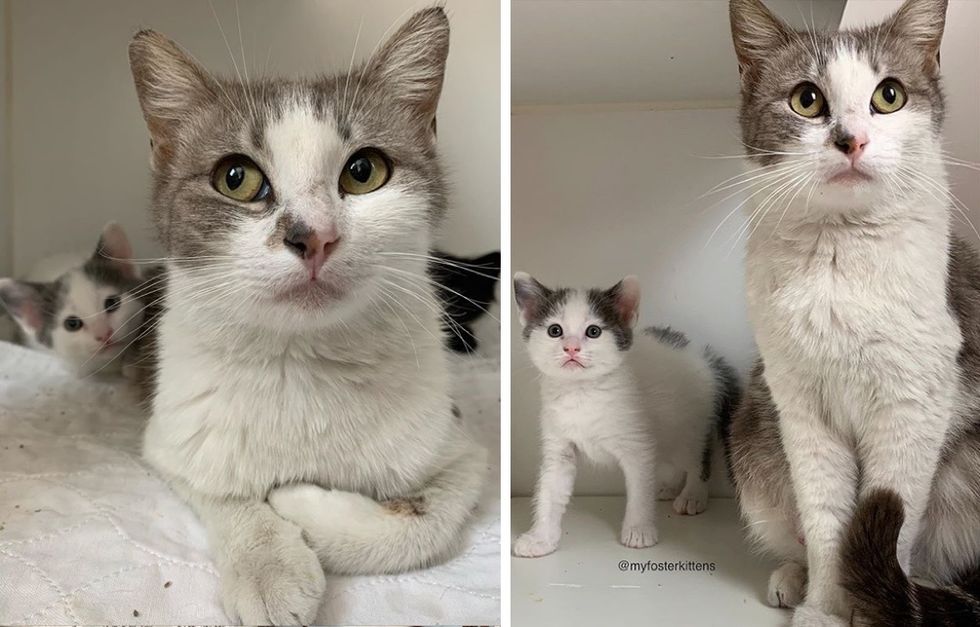 To help win the cat mom over, Nikki used her favorite salmon cat treats when she walked in the room. Skippy's hisses began to wind down, and her demands for attention and pets grew stronger each day.

Over the next few weeks, the kittens blossomed into happy, playful, healthy teenage cats. Peanut slowly came out of her shell and Butter, the spicy one, grew even fluffier. They befriended another foster kitty, creating antics around the house as a trio. 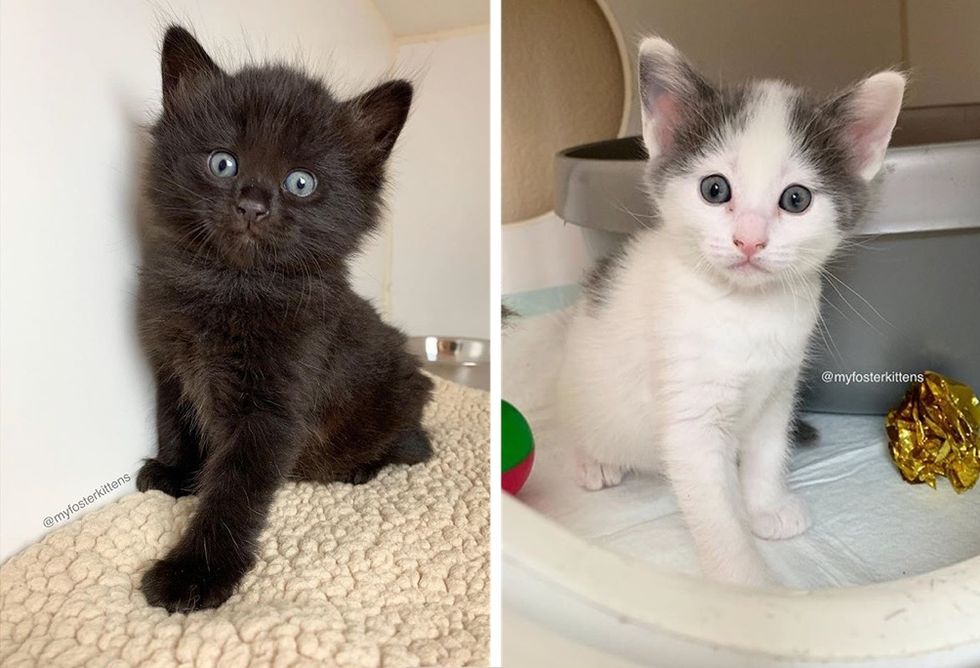 Her two precious kittens found wonderful homes where they have new feline siblings to play with every day. "Skippy has become a sweet, affectionate girl. While it's easier to find homes for kittens, it's not always easy to find homes for adult cats," Nikki added.

Watch Skippy's journey in this video:

After years wandering the streets, "it's Skippy's time to shine." Two months after the rescue, she had her dream come true! 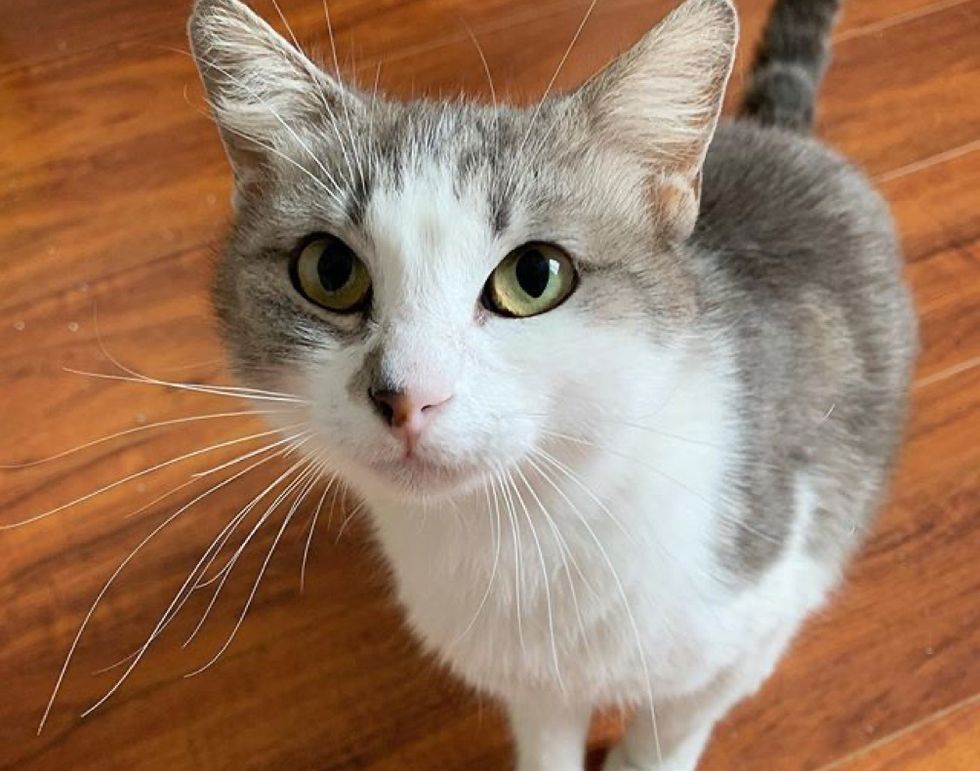 "She has a wonderful new family. She'll be the only kitty in her home so she will be the pampered princess she deserves," Nikki added.

The sweet cat now named Peridot is living the life of her dreams. "Her personally has really blossomed and I've learned so many cute things about her - her love for sticks and kicker toys. I never expected this sweet yet seemingly serious Mama to be the silliest baby kitten herself," Peridot's new mom said. 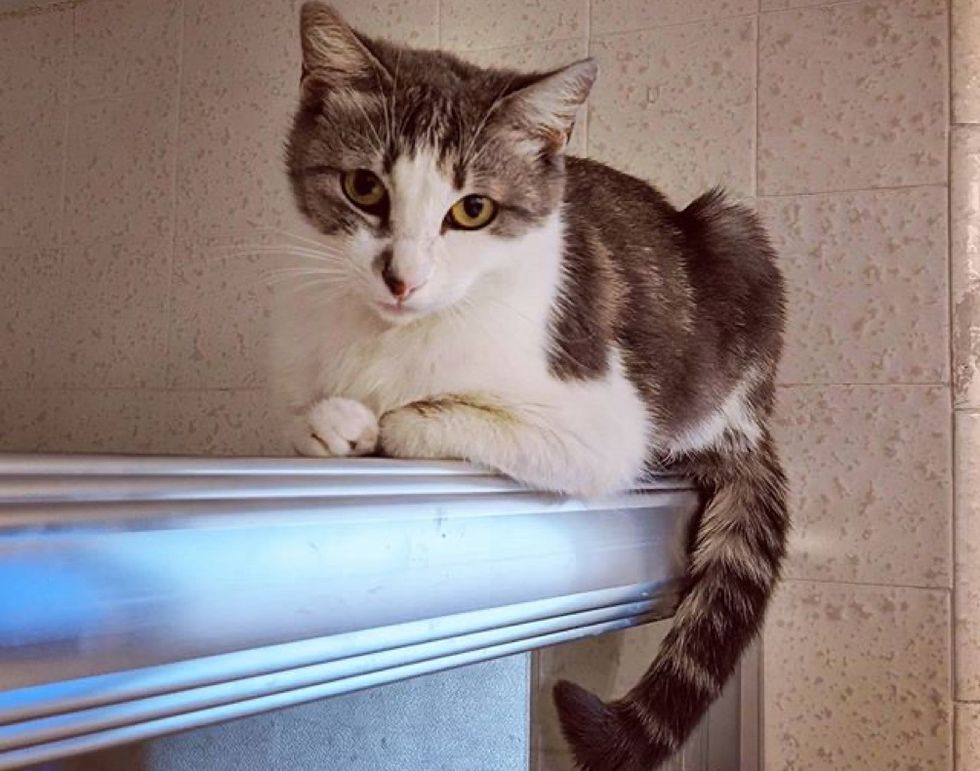 "She's as sweet as can be and cuddles with her baby mouse plushie, and even makes beds for it out of socks. She is the best alarm clock ever. I've actually become a lot more productive and am finally able to stick to a schedule because of her." 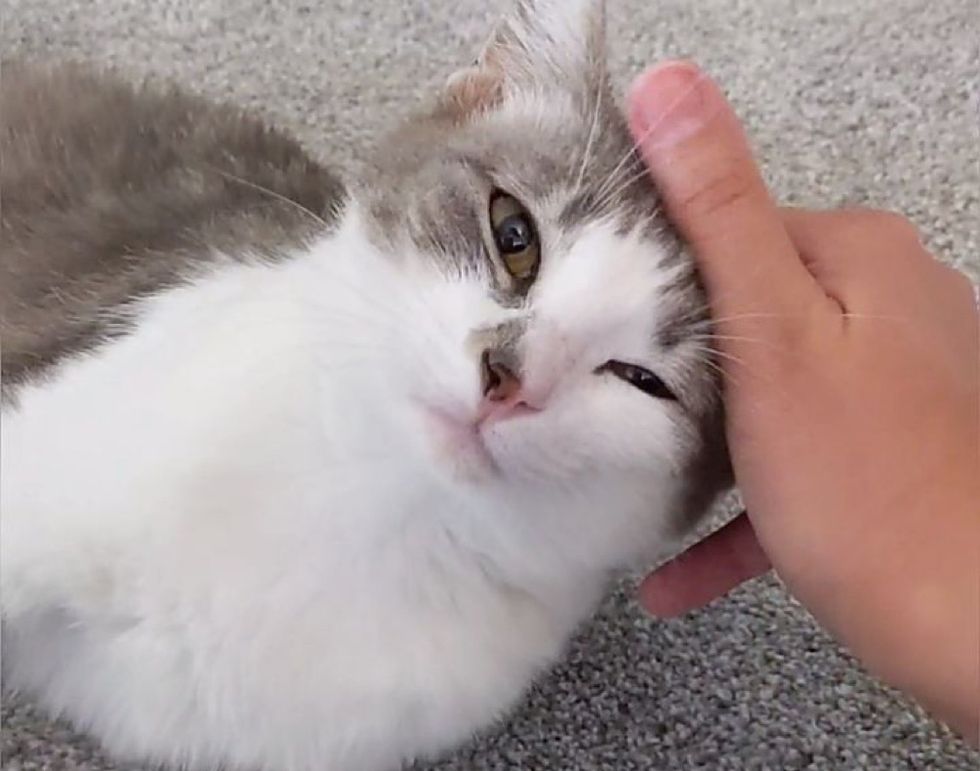