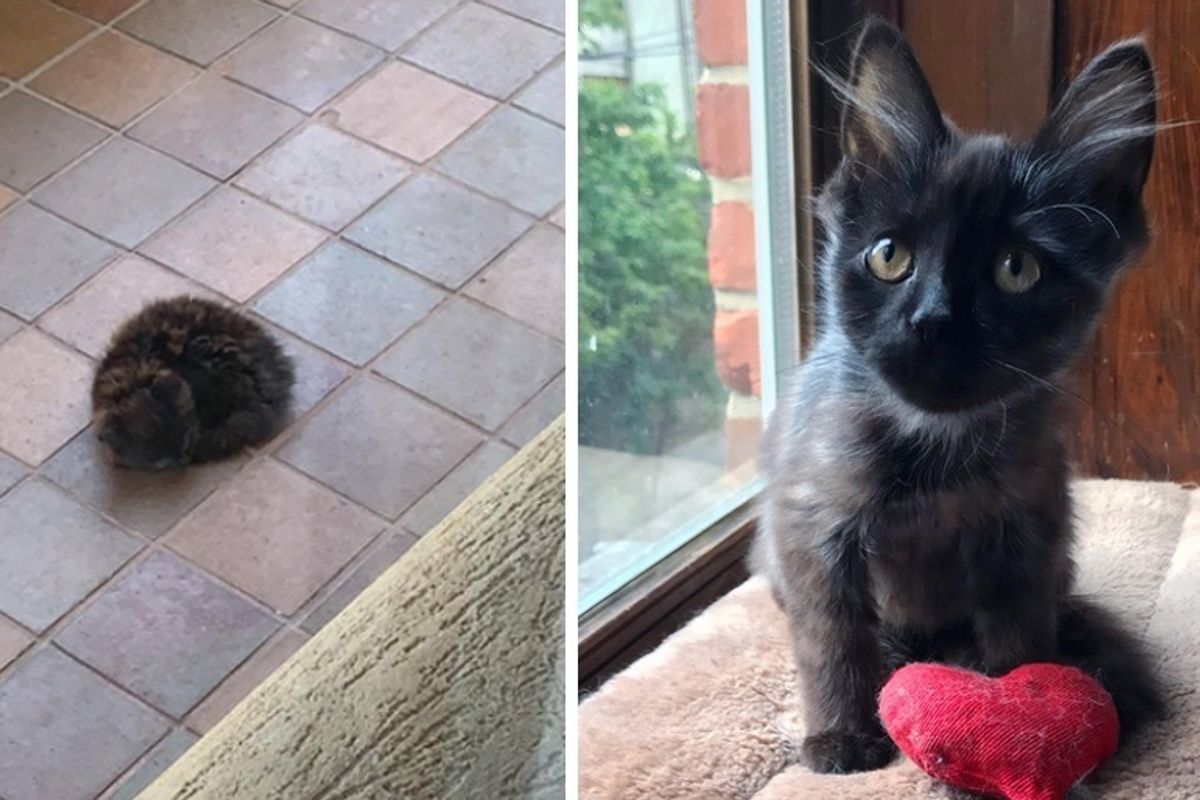 A resident spotted a kitten outside an apartment complex, curled up in a ball all alone. 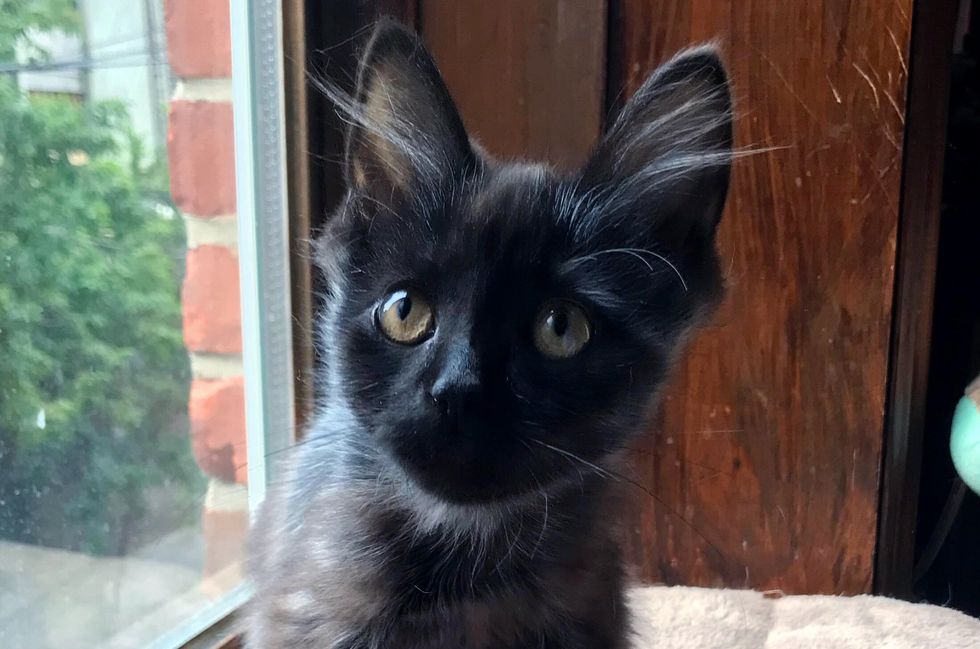 A resident from Montreal, Canada found a kitten outside on a very hot day in early July. He was lying on the ground by himself.

The finder sent out a plea, in hopes of getting the kitten some help. Dan, a local animal rescuer, quickly responded and together with another volunteer, Lucie, they rushed to the kitten's rescue.

The kitten was about 5-6 weeks old, just skin and bones, dehydrated and had a fever and an eye infection. 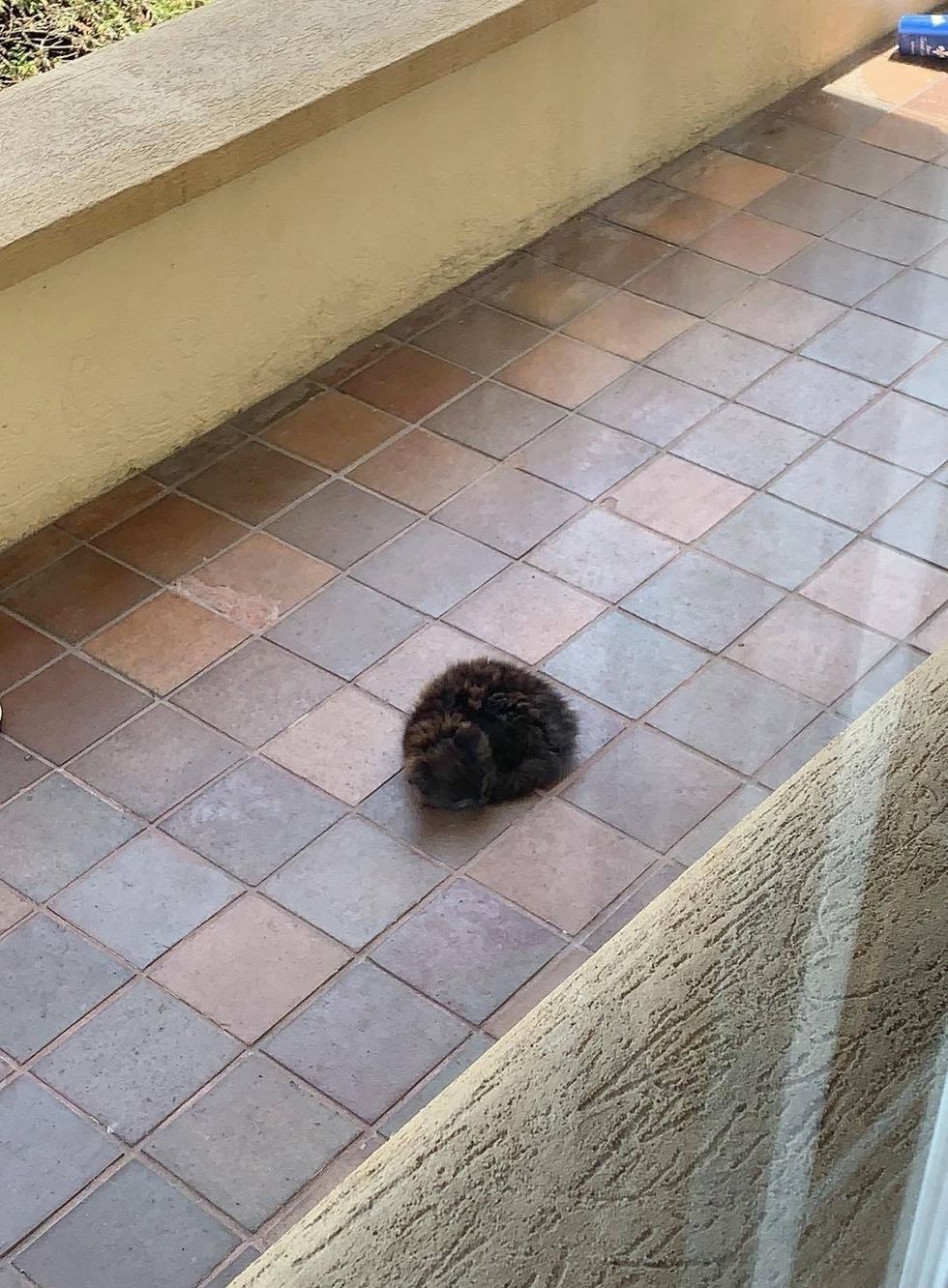 He barely had any strength to move around, his eyes were crusted shut. They cleaned him up and got some food in his belly.

The kitty was taken to the vet where he was given antibiotics, fluids and eye care. Despite being very fragile, he was thankful and purring the whole time. 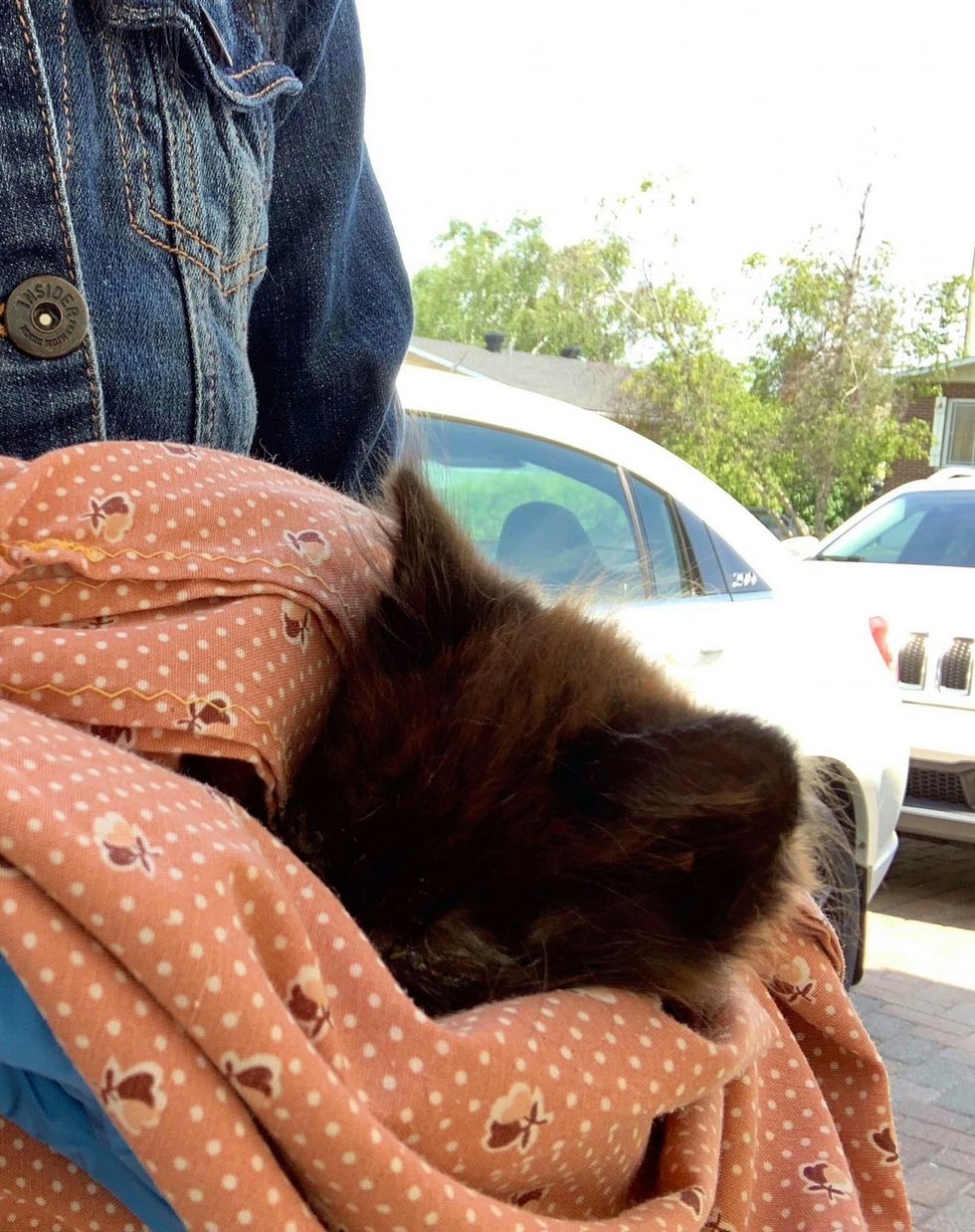 Kitten rescued from the streets, at 5 weeks oldChatons Orphelins Montréal

Chatons Orphelins Montréal, a local rescue group, took him into their care so he could heal in the comfort of a foster home. They named him Marvel.

The kitten later developed an upper respiratory infection but was quickly dealt with. Over the next few weeks, while he continued to get better, his brown coat started to shed. 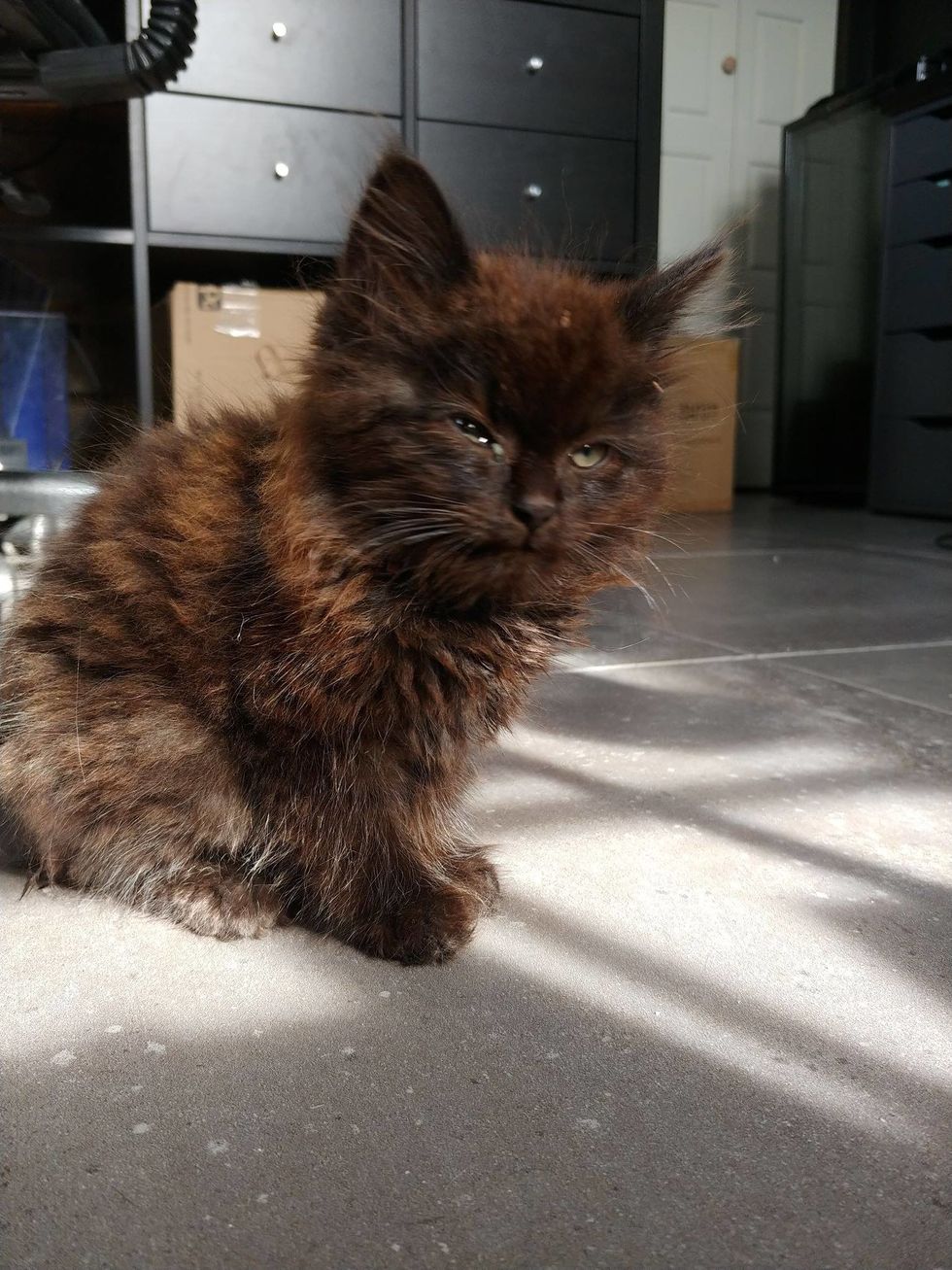 Kitten a week after rescue, at 6 weeks oldChatons Orphelins Montréal

When he was nine weeks old, they noticed he was losing his long brown fur, which left him with his short coat underneath.

"Marvel has begun to lose his brown coat. He still has patches of long hair on his body and short hair everywhere else," Celine Crom of Chatons Orphelins Montréal shared with Love Meow. 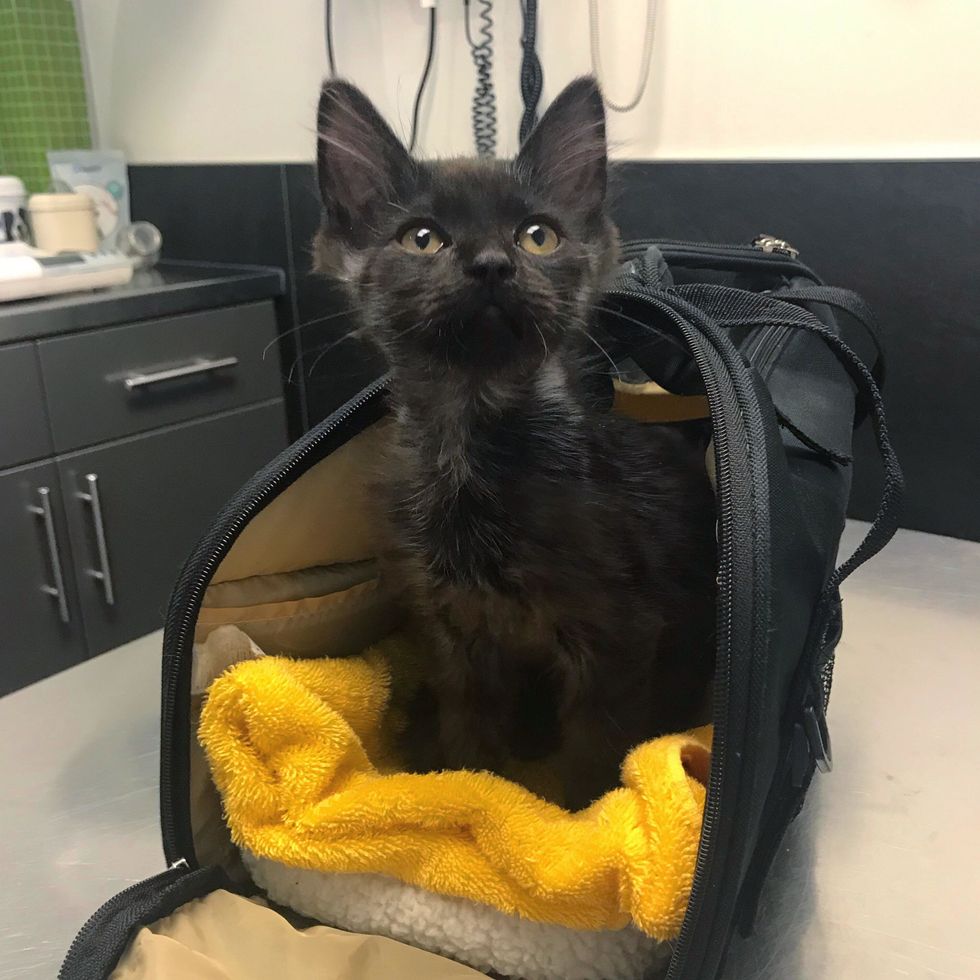 They are unsure about the cause of his hair loss, but the kitten is otherwise doing well, and has recovered fully from his illnesses - his eyes have cleared up and he no longer has sniffles.

Marvel is getting more playful each day with his new found energy. 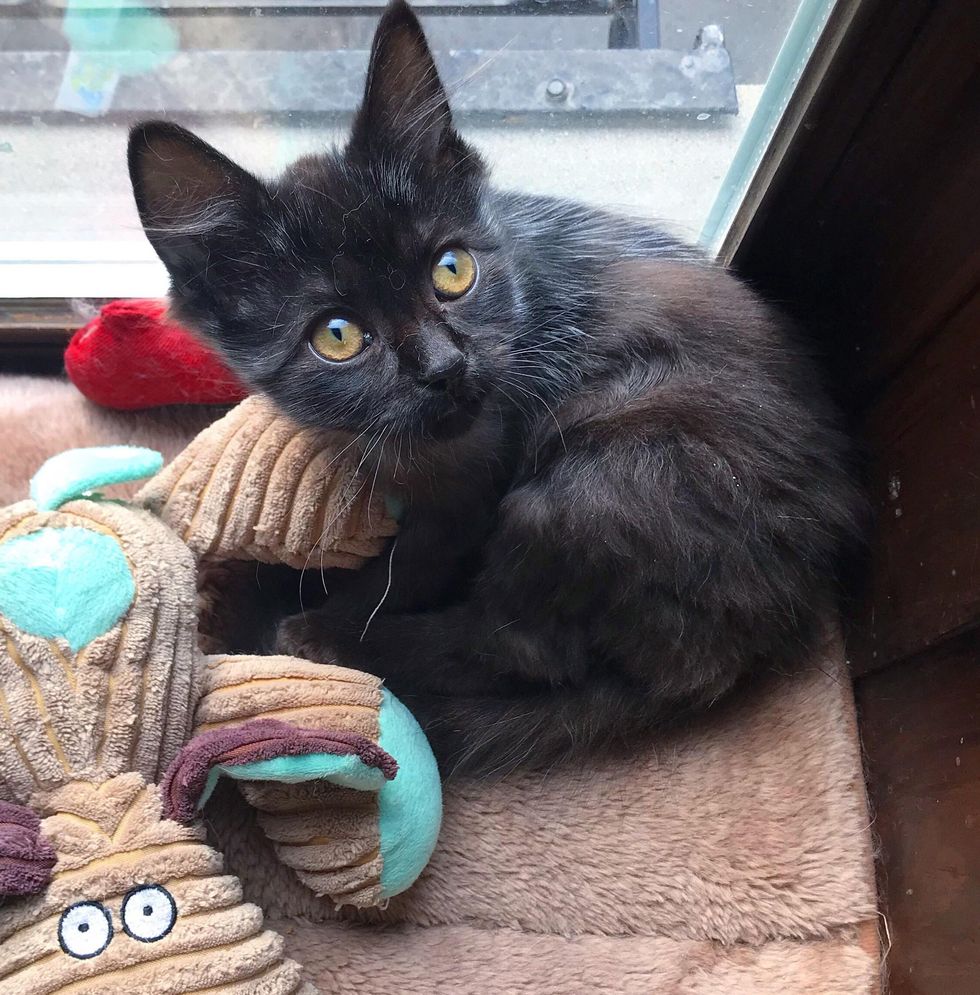 "He is very sweet and easy-going. He likes other kittens and always sleeps near his humans."

Now at 12 weeks old, Marvel has blossomed into a gorgeous panther kitty with bright eyes and an adorable personality. 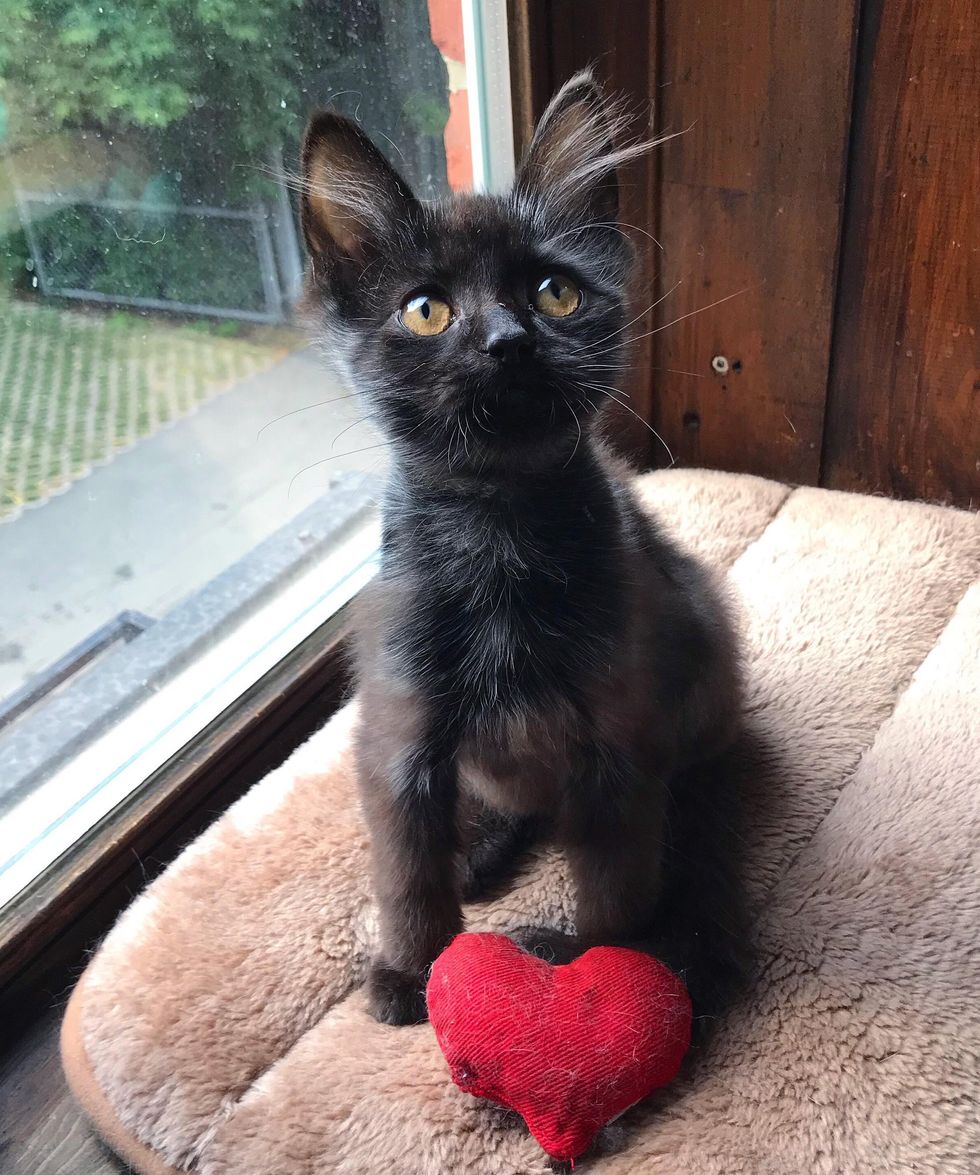 The former alley cat was taken off the streets and given a chance at a better life.

He's so happy that he will never be alone again and is constantly loved. 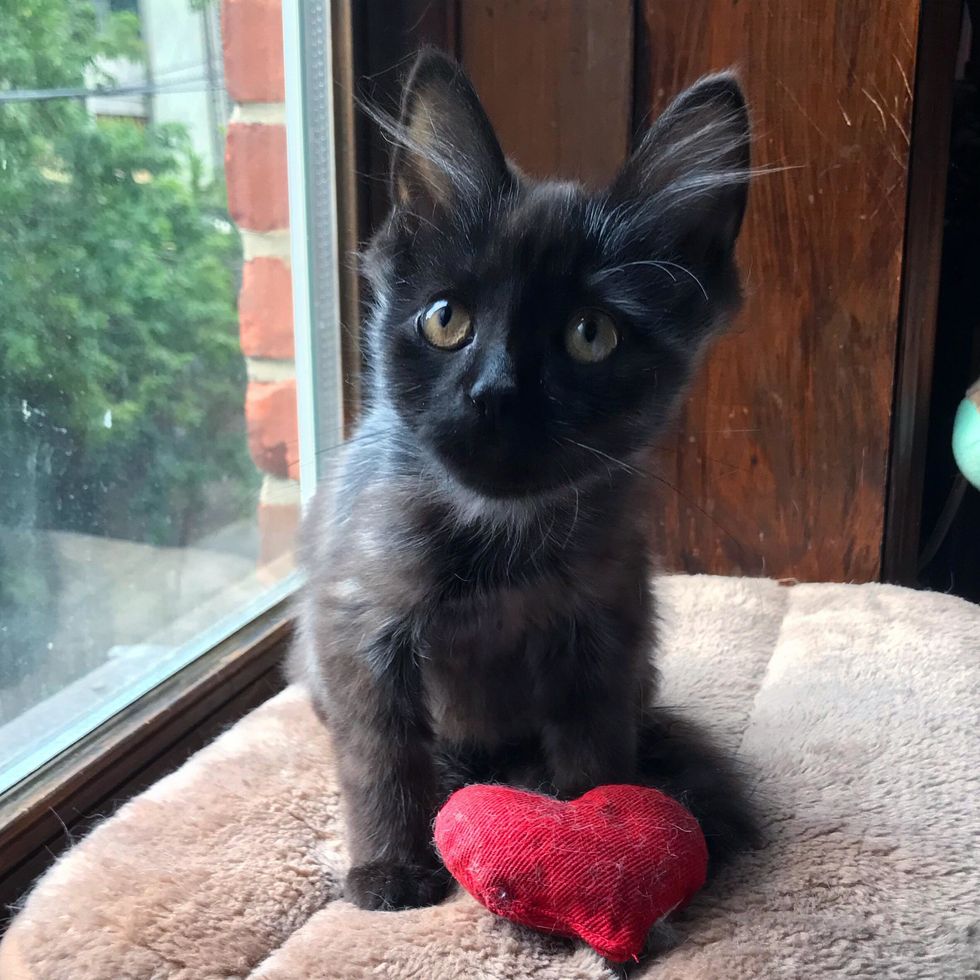 Watch Marvel then and now in this video:

Rescued kitten then and now youtu.be