Two kittens wiggled their way to their happily-ever-after together, after leaving life as feral cats. 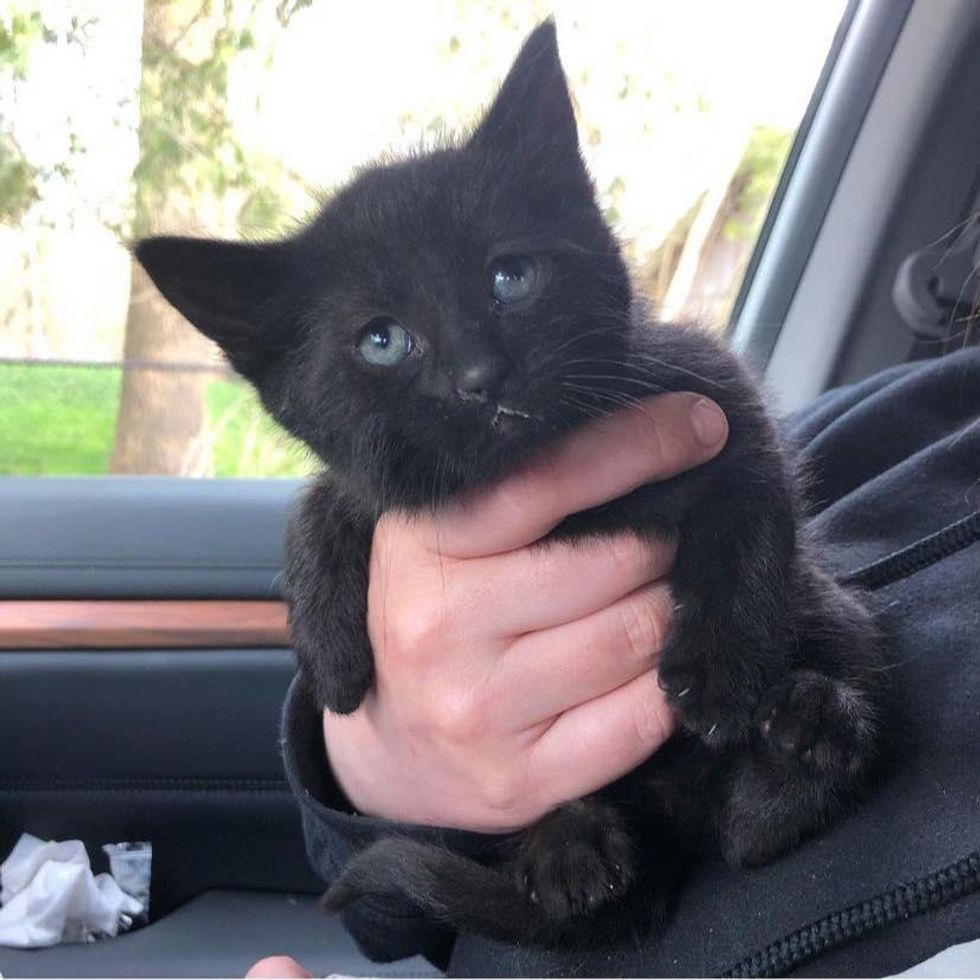 Earlier this year, a family from Ontario, Canada discovered a litter of four very timid kittens in their shed. They appeared to be feral and were around 6-7 weeks old. The finders reached out to Salty Animal Rescue and asked if they could help.

Katelyn and Karly Saltarski, cofounders of Salty Animal Rescue, sprang into action. They got the kittens medical attention and arranged a foster home where the hissy little ones could start socialization.

Meanwhile, volunteers continued to look for the mother cat in the area. After two days of searching, they got the cat mom and reunited her with her litter in a comfortable home environment. 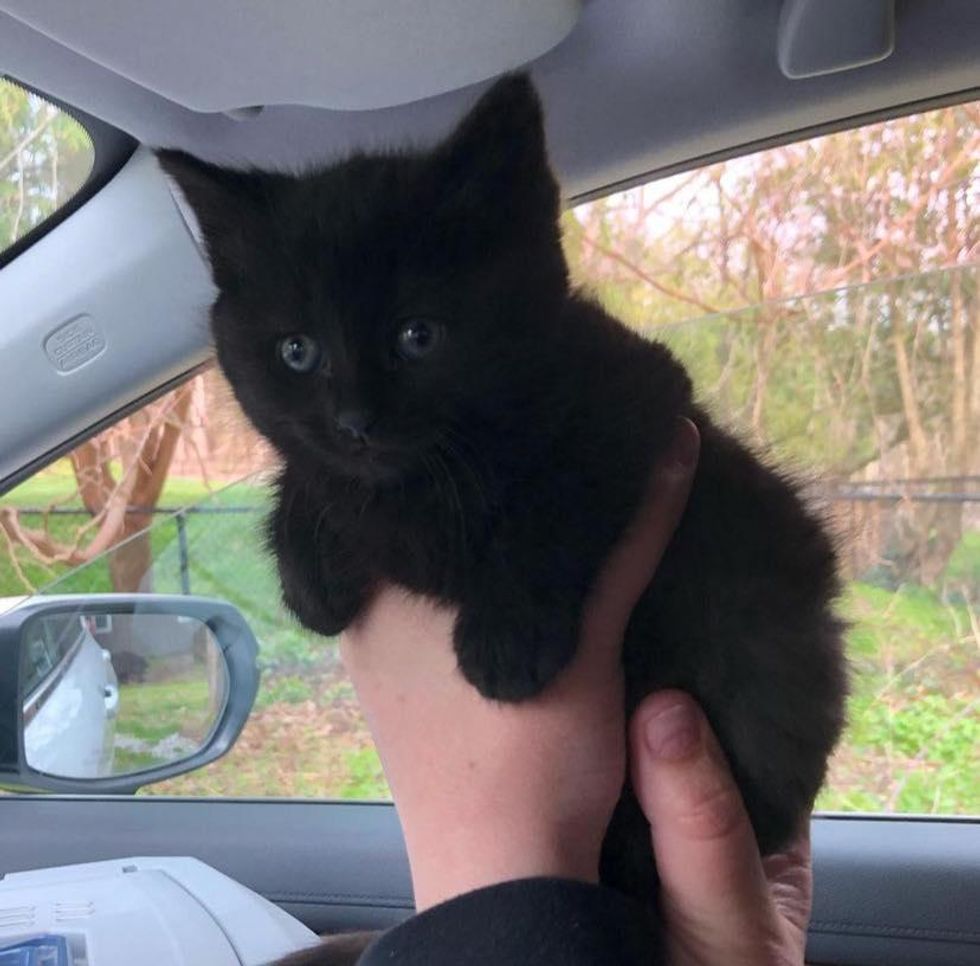 Akela and Sassy Loo (Baloo), the two black kittens, were often found huddled together, hiding from their humans. While their tabby siblings slowly came out of their shells, these two depended on each other for courage.

"They had no human contact for the first six weeks of their little lives. Akela and Sassy Loo were shy but gaining confidence more and more each day," the rescue shared. 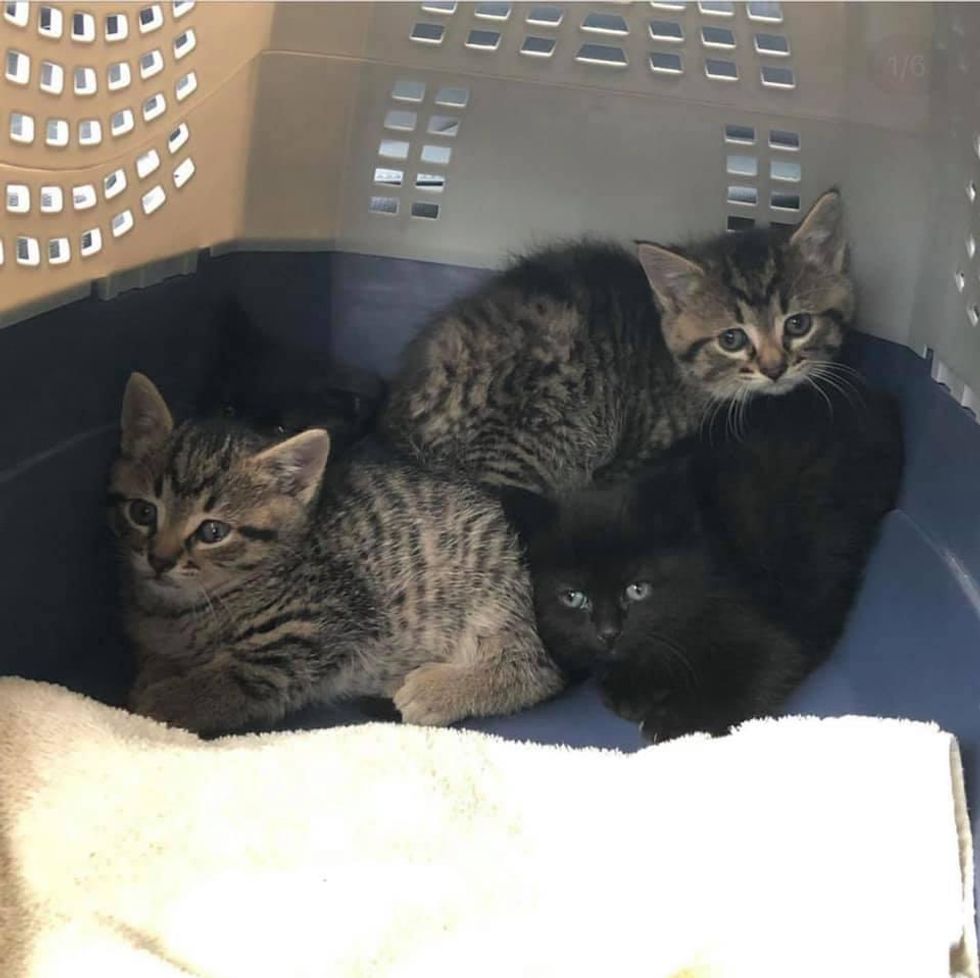 Sassy Loo was a habanero on the sass scale. Her sister Akela who was more reserved, kept her calm. "They may start out spicy but they always end up being the sweetest kitties."

Knowing that the kittens would need continuous socialization, the rescue hoped someone would look past their shy exterior, and take a chance on them. 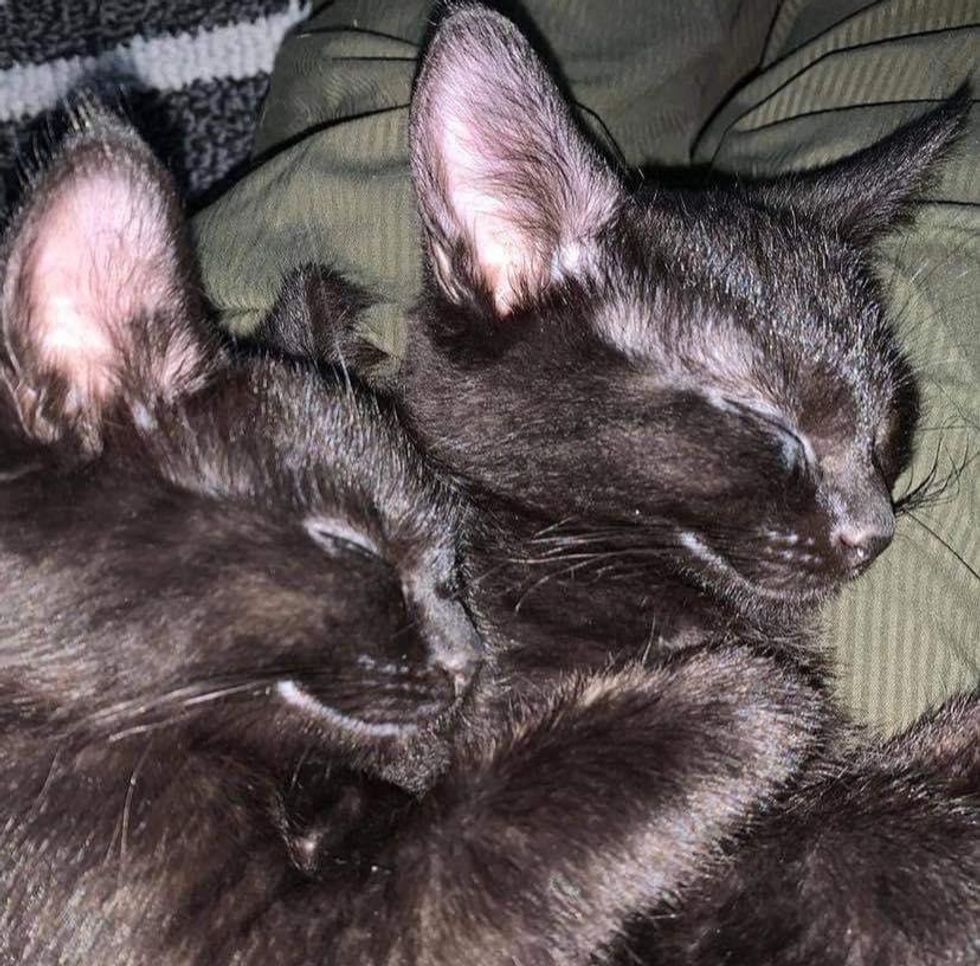 Candice, who was seeking a kitty friend for her one-year-old cat, came across the two sisters. "I noticed they hadn't been adopted, and without hesitation, I completed an application form," Candice told Love Meow.

"The two girls are a bonded pair which stood out to me. The love they share for each other is one I wanted to be part of. I always wanted twins, and it looks like I got them." 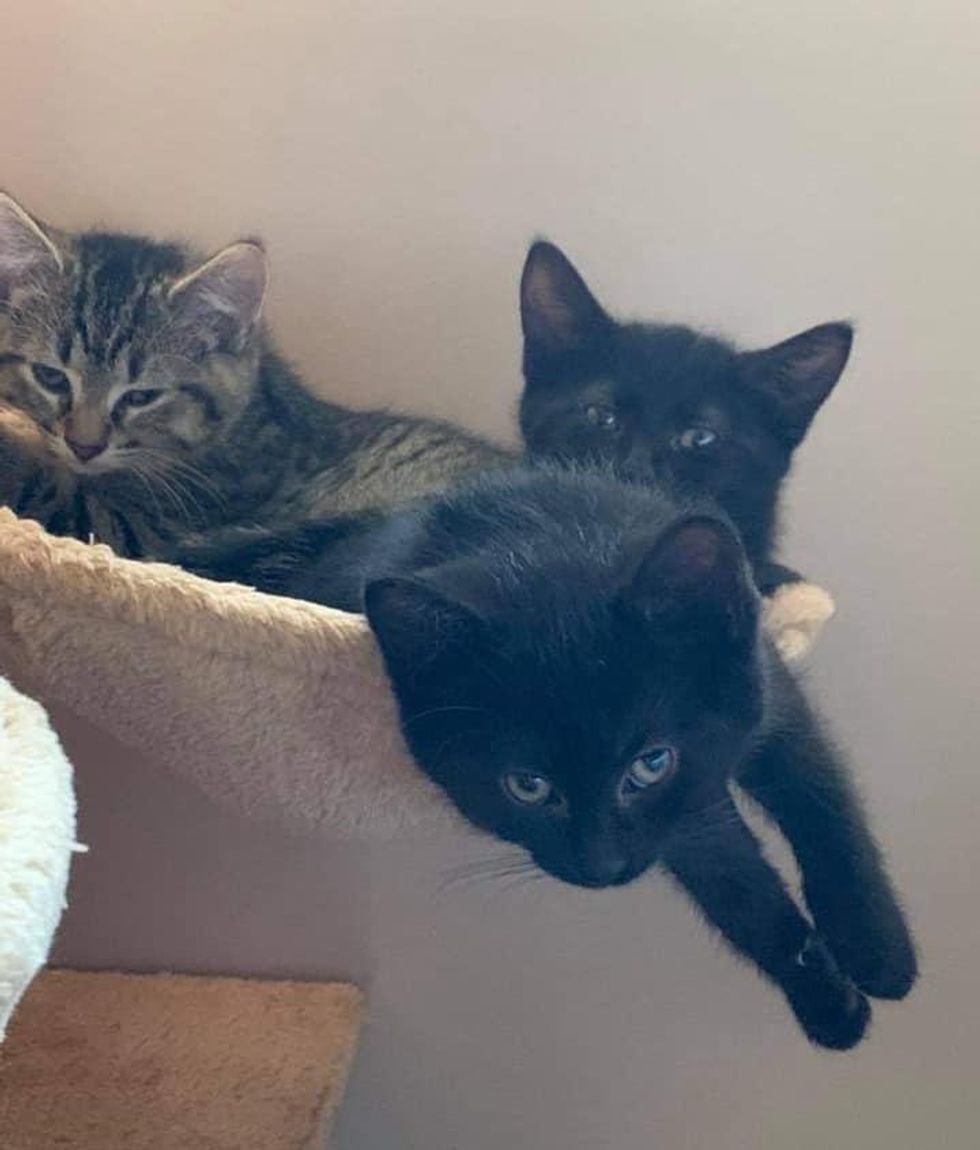 The feline sisters do everything together and are inseparableSalty Animal Rescue

The kittens, now renamed Zoey and Zara, are joined at the hip. "When I picked the girls up, they were so tiny but mighty little beans," Candice shared with Love Meow.

"Zara was the protector of Zoey, who was hesitant and a little fearful of her new human and home. They stayed by each other's side always. If Zara got too far from Zoey, she would speak out." 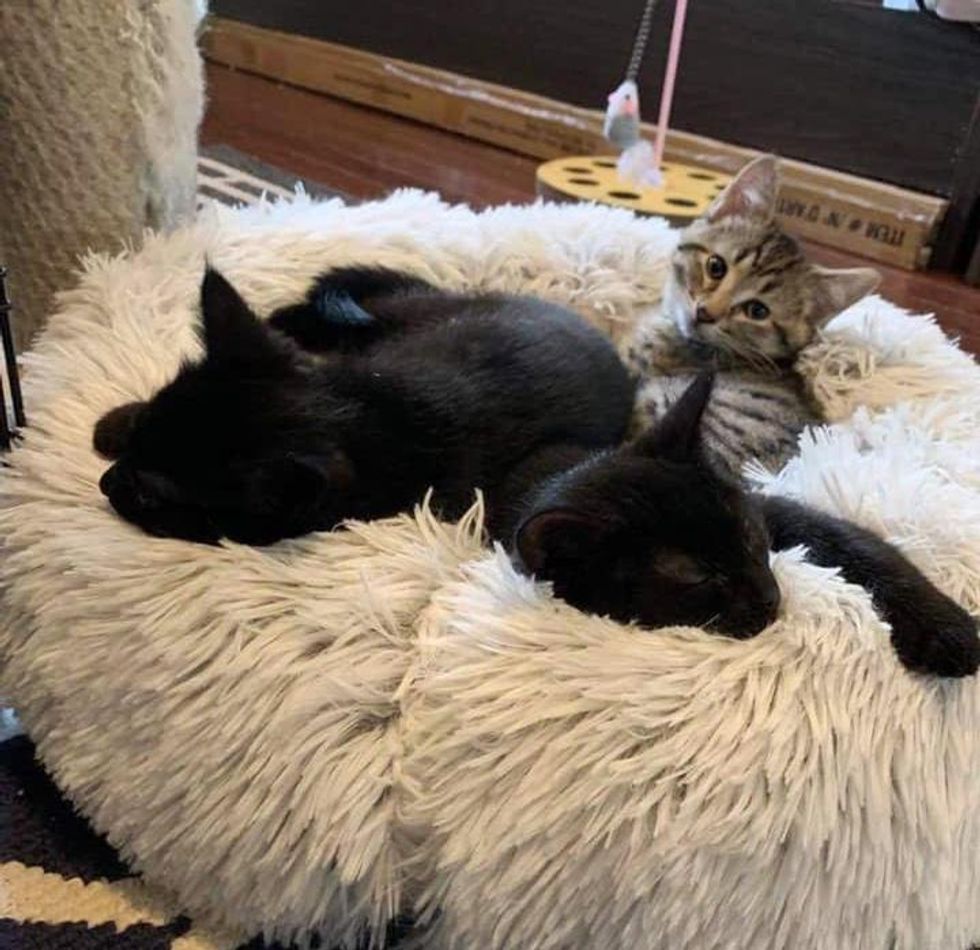 Once they warmed up to their new abode, they met the resident cat Zeke. Instantly, they formed a formidable trio. "The three of them got along from the start. He is their big brother now!"

"To this day the girls are inseparable — they sleep together, play together, get into 'trouble' together. They have each other's back always. It's a bond that has only strengthened over time," Candice told Love Meow. 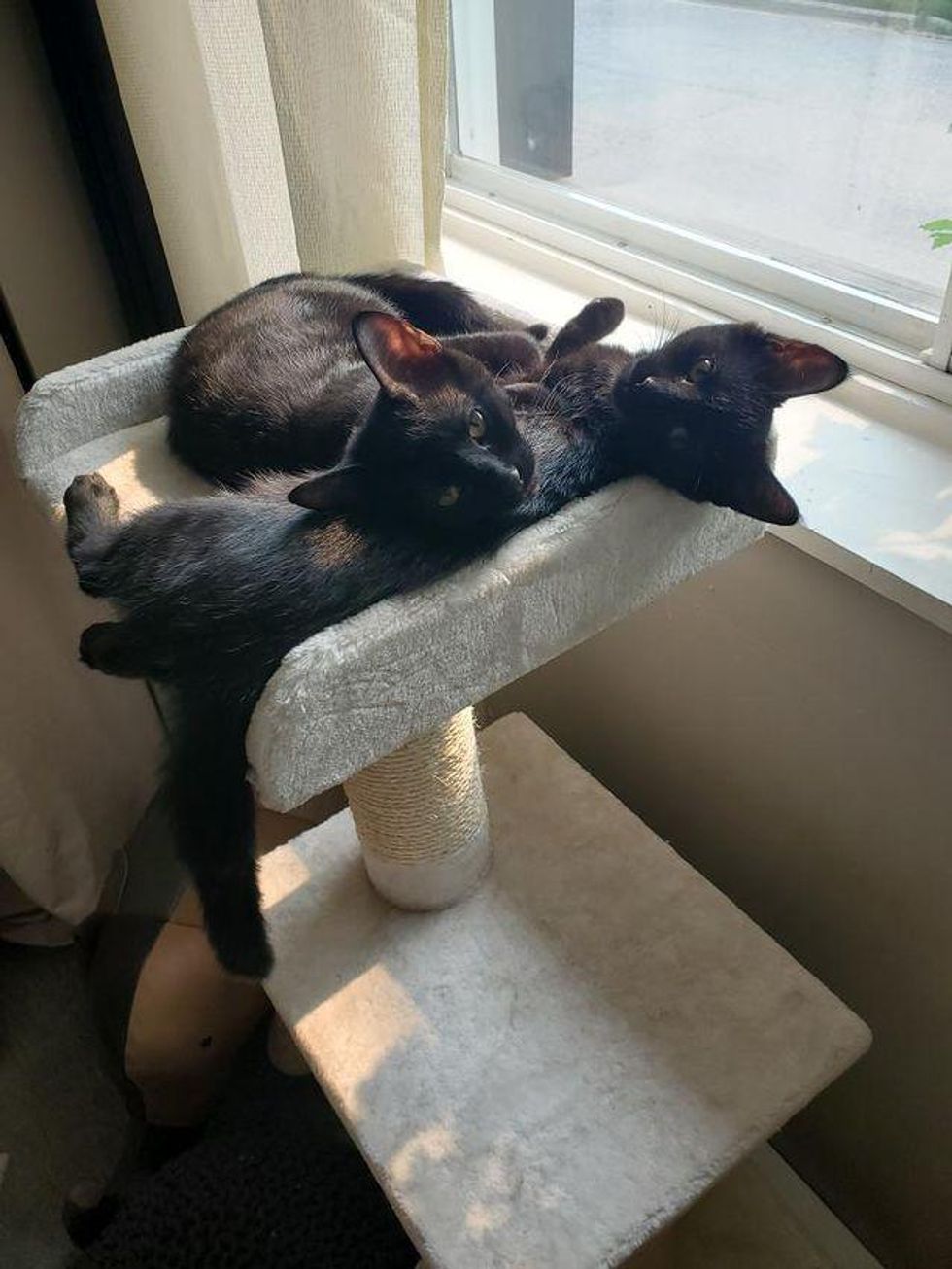 They are now Zara and ZoeyCandice

"Zara is incredibly affectionate and cannot get enough attention. Zoey is the first to jump up in bed at night and make herself comfy beside me. They are two little peas in a pod. They do everything together including washroom time."

With the help of Zeke the big brother, the formerly feral sisters have blossomed into social butterflies. "They're both fun, adventurous and loving kittens with personalities that bring so much joy into the home." 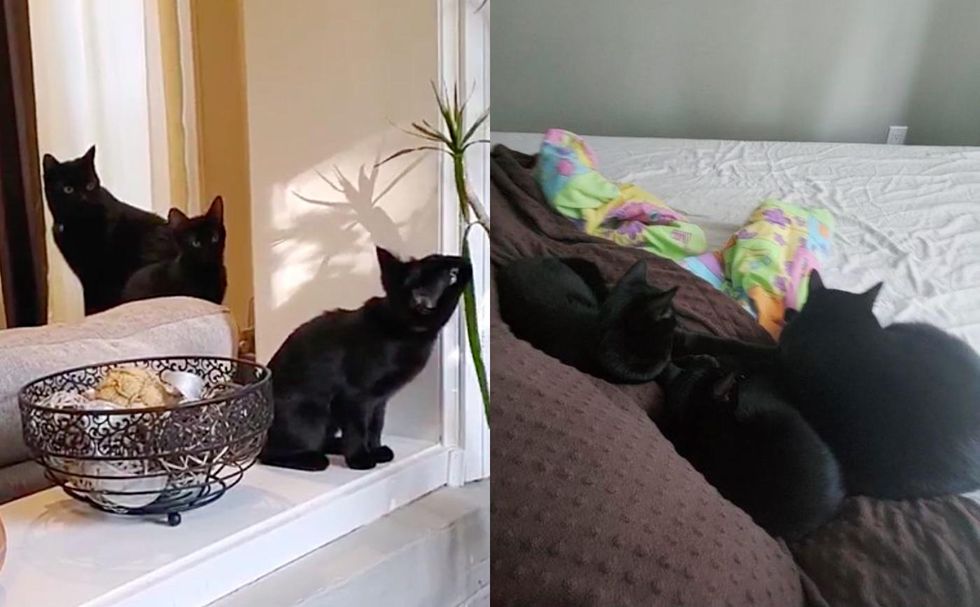 They have a new big brother named ZekeCandice

Their tabby siblings have also found their forever homes, and their feral cat mom has been making progress in foster care.

A few months ago, these two sisters couldn't stand being near humans, but now, they adore their people and enjoy their VIP life as indoor cats. 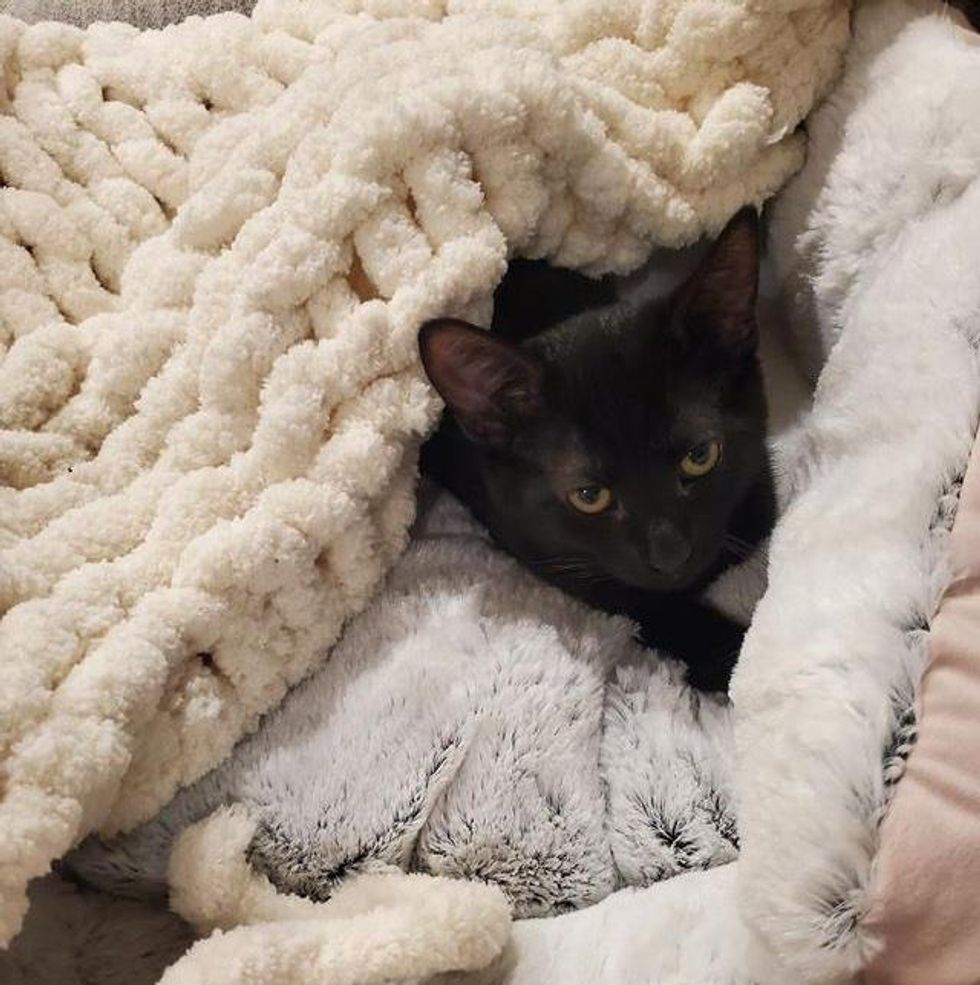 "It's so rewarding to see them go from terrified, feral shed kittens to happy house cats," Salty Animal Rescue wrote. 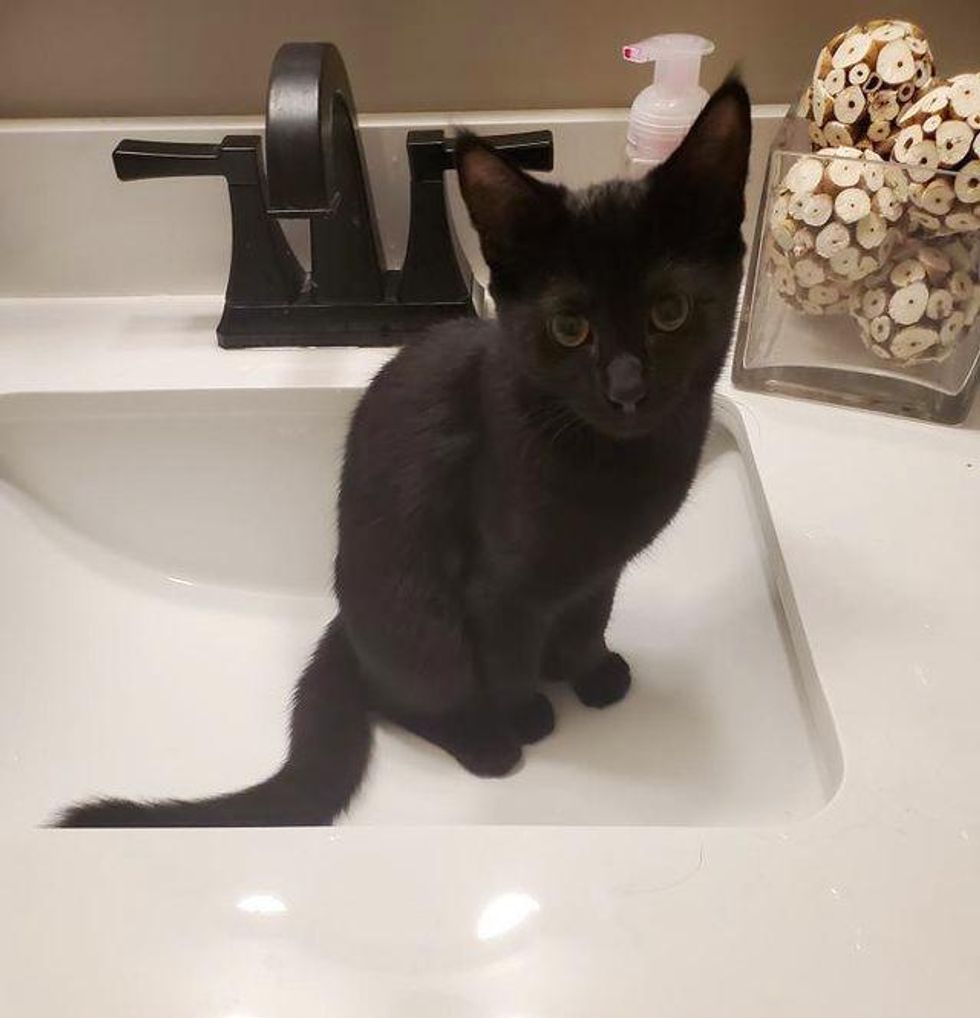