Three abandoned kittens were found on a hiking trail when a couple of hikers heard their cries. 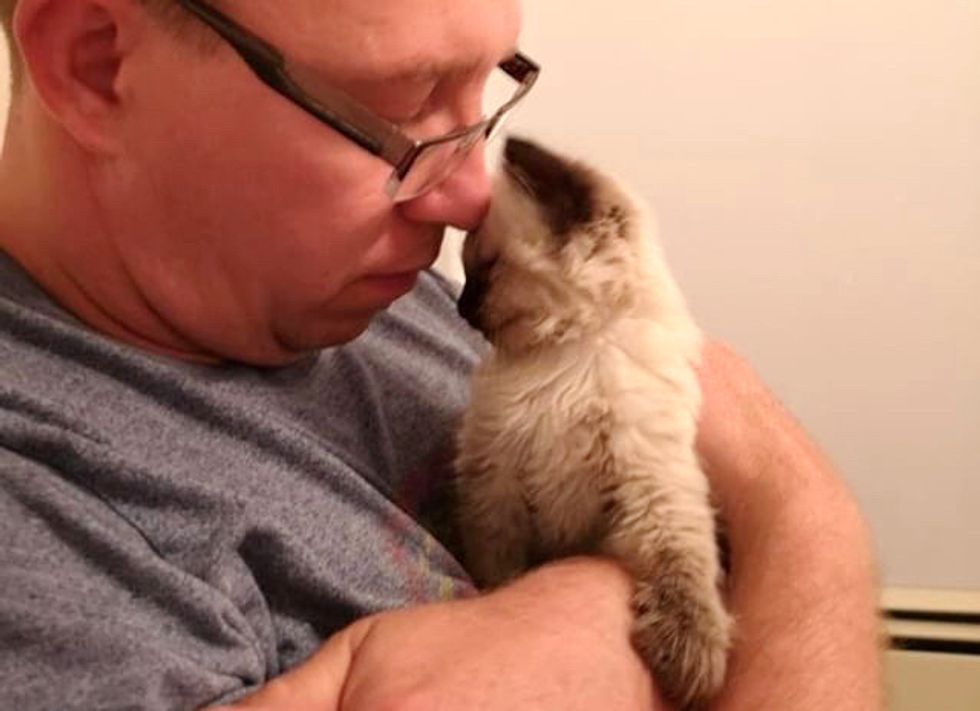 Janis and Dean Smith from Canada were hiking on Bastion Mountain in British Columbia yesterday without a hint of idea what the night had in store for them. By the end of their journey, they began making their way back to their car when they thought they saw a skunk on the road.

As they took a closer look, they were surprised to discover three little kittens wandering about by themselves without a mom. Two immediately ran up to them, meowing and begging for attention while the third kitty was hiding behind them.

The kitties appeared to have been abandoned in the mountain as there was no resident within close proximity. The couple scooped them up and called a friend for help.

Barbara Gosselin, founder of Shuswap Paws Rescue, was then contacted. "I got a call at 10:30 last night. The hikers found the kittens where there were no houses," Barbara told Love Meow. "They got my address and brought them to me." 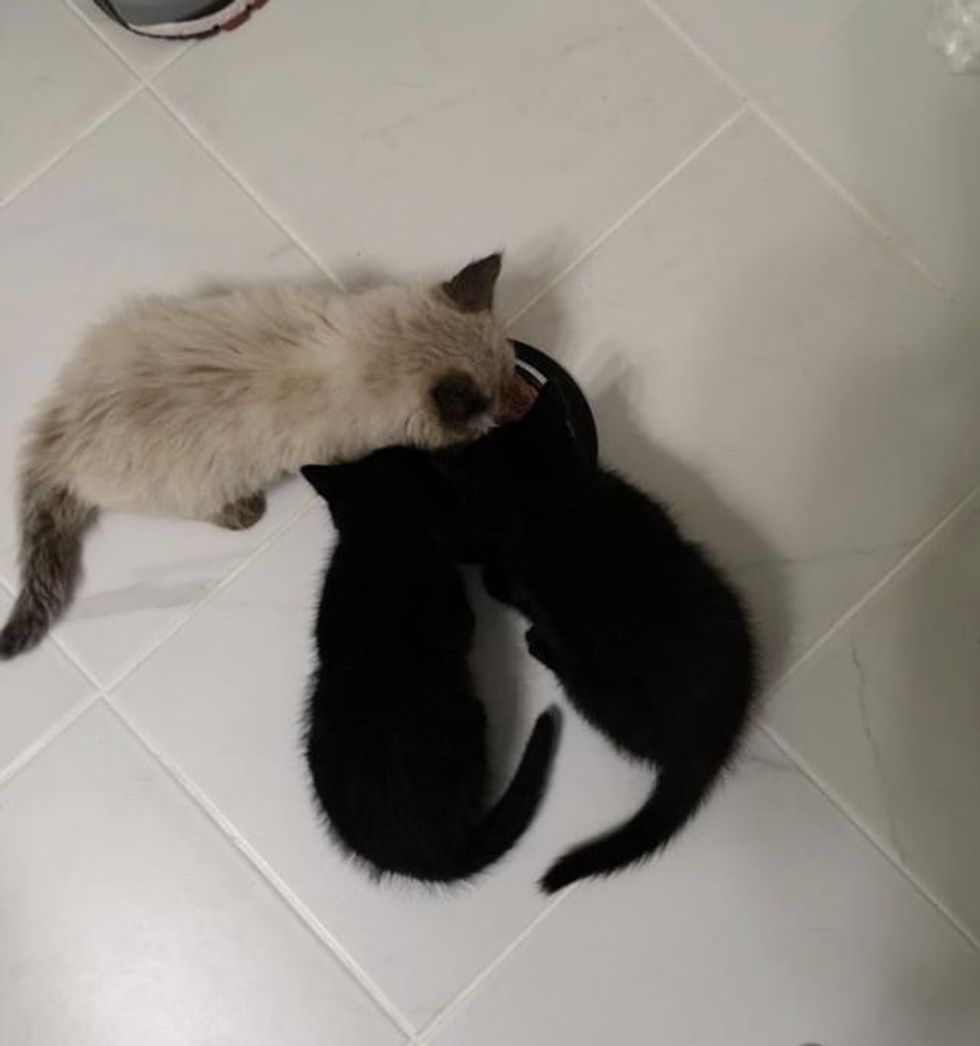 When they arrived, Barbara had already prepared a bowl of food. All three kitties quickly corralled around it and went to town.

They believe the kittens hadn't eaten for at least a day as they appeared to be a bit thin. After getting a full belly, the little ones walked up to Dennis Gosselin, Barbara's husband, and started meowing in unison for attention and snuggles. 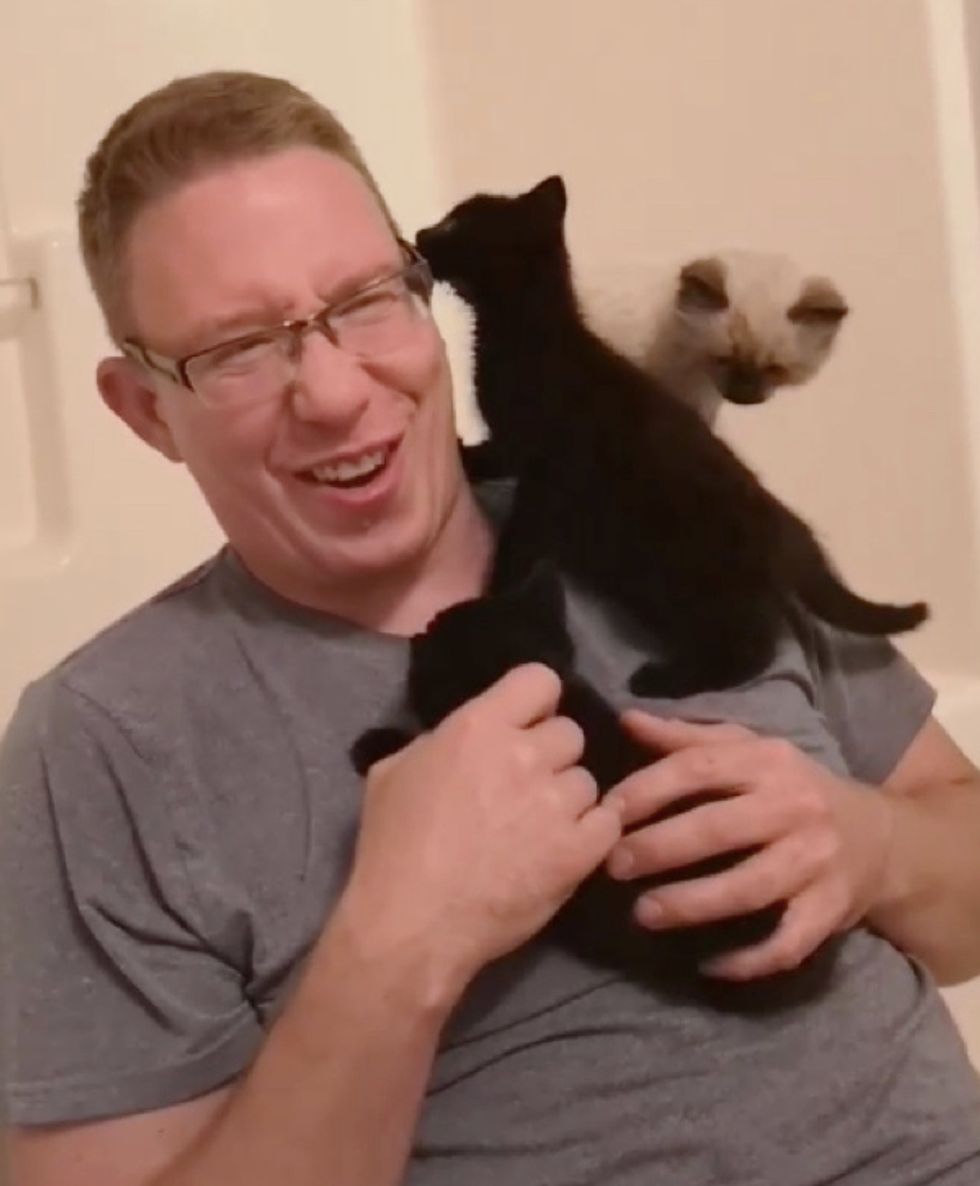 "They wouldn't stop crying until my husband cuddled them," Barbara said. "They were suckling on his ear, sleeping on his shoulder. They wanted comfort."

The trio immediately took to Dennis as if they thought he was their "mom." The little Ragdoll-mix kitty hopped right onto his shoulder and decided he would like to be carried around the house. 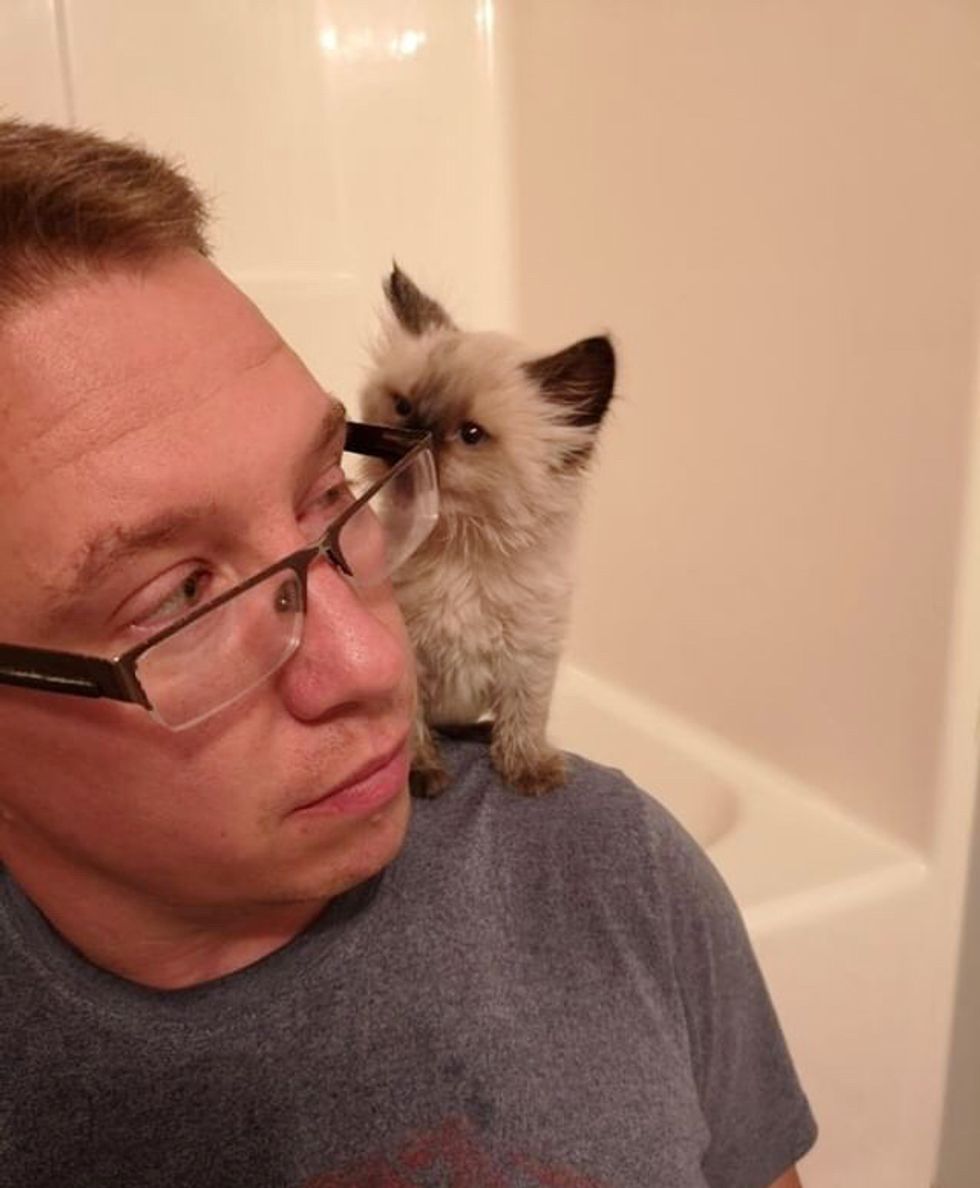 They were not just hungry for food but also starving for attention and love.

Watch the kitties in this cute video:

The kittens were named Klum, Arkteryx, and Klymit. They quickly settled into their foster home and started playing with toys. 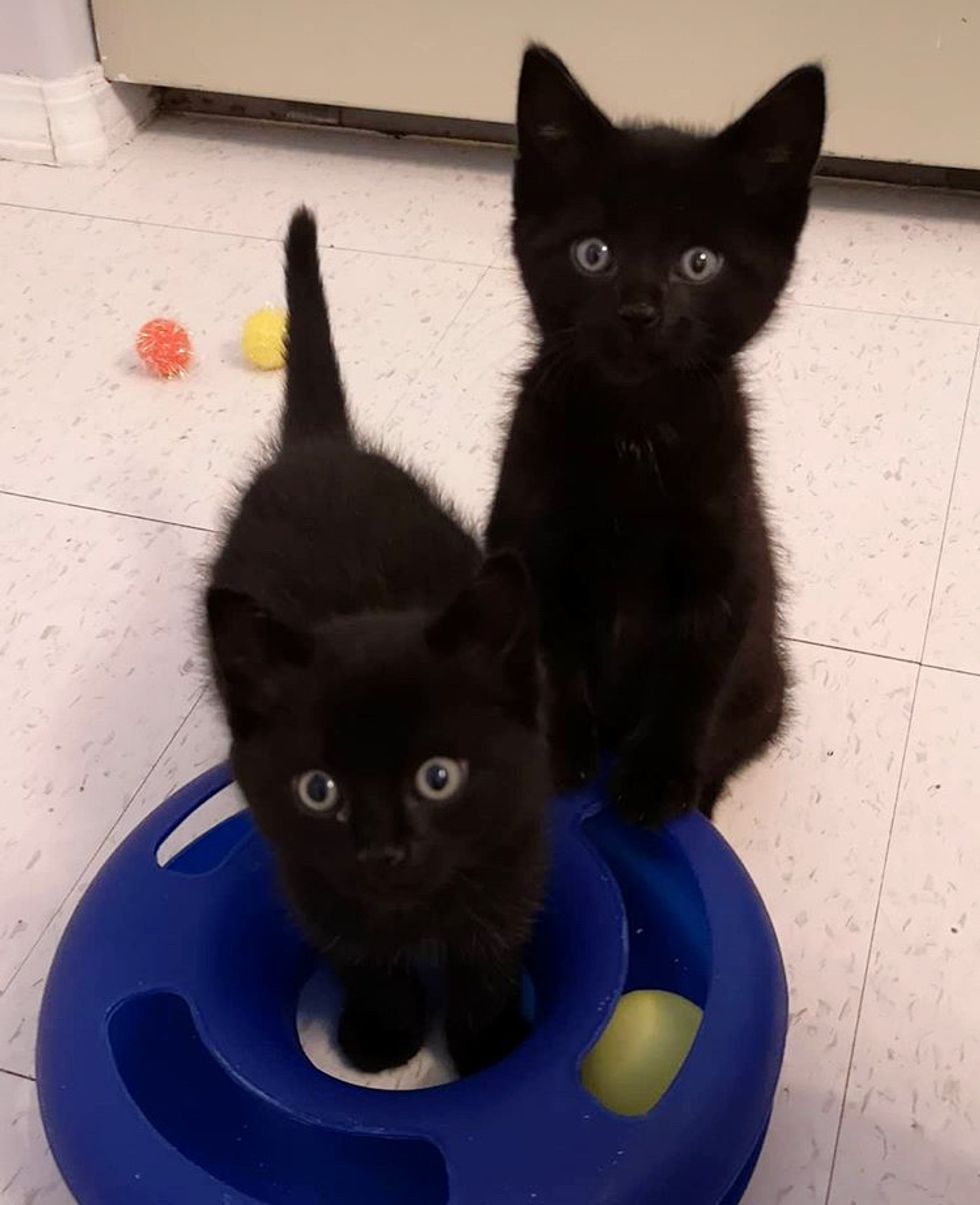 "Klum is the snuggliest kitty and has the loudest purr. He loves to be petted and will stop playing to cuddle," Barbara told Love Meow.

"Klymit is the quietest and has a tiny purr but loves ear massages. Arcteryx is very playful and loves to climb up your back." 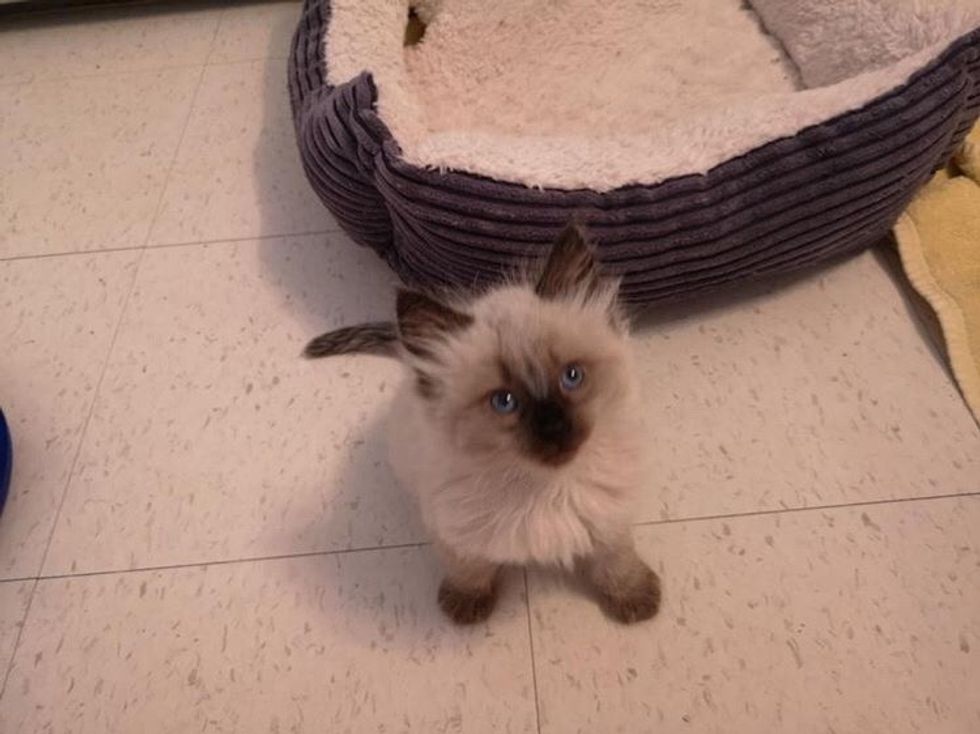 The three feline brothers can't get enough of attention from their foster parents and demand cuddles whenever they get a chance.

They will remain in foster care until they are big enough for adoption through Shuswap Paws Rescue and Critteraid Animal Sanctuary. As of now, they still have some growing to do. 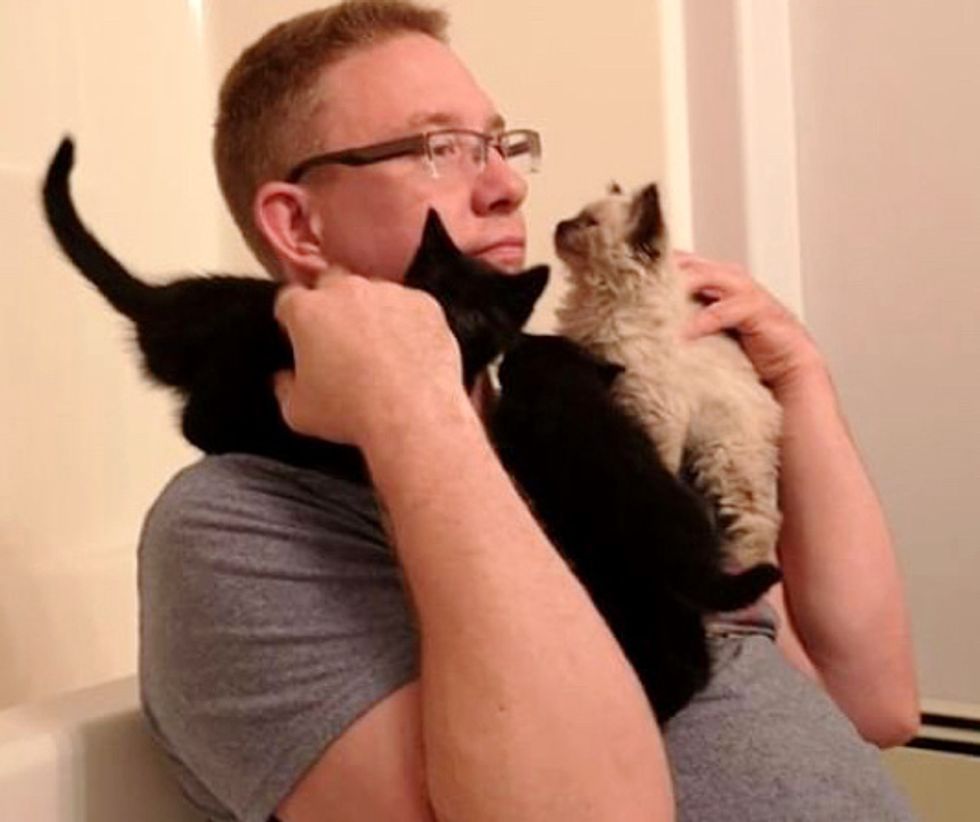 When they are not climbing up people's shoulders, they are kneading on their soft, comfy bed, purring away in pure bliss.

Life is good to be inside a safe home with food, toys and people to cuddle with. 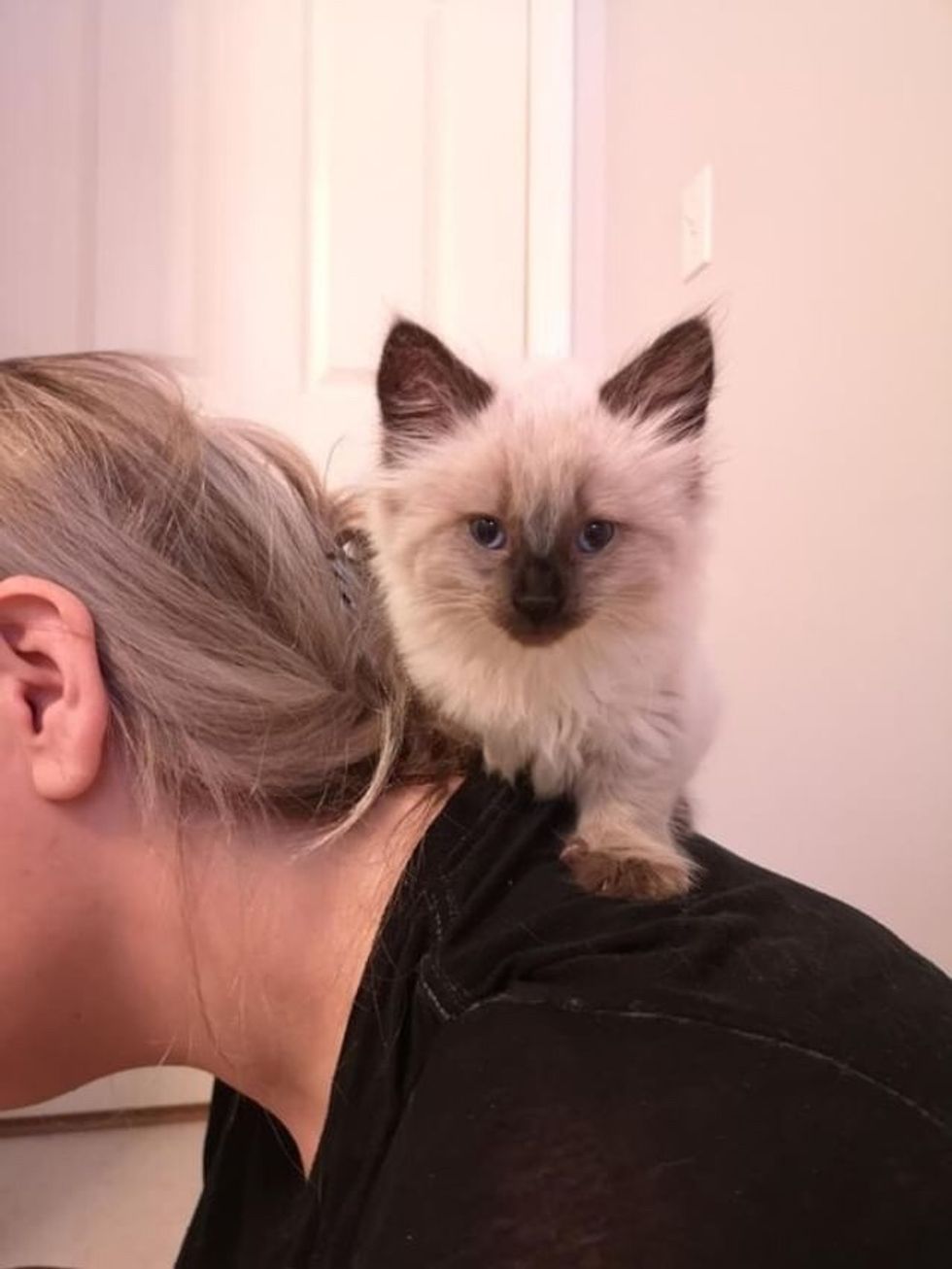