Rescuers saved a litter of kittens found in a shed and went back to find their cat mother. 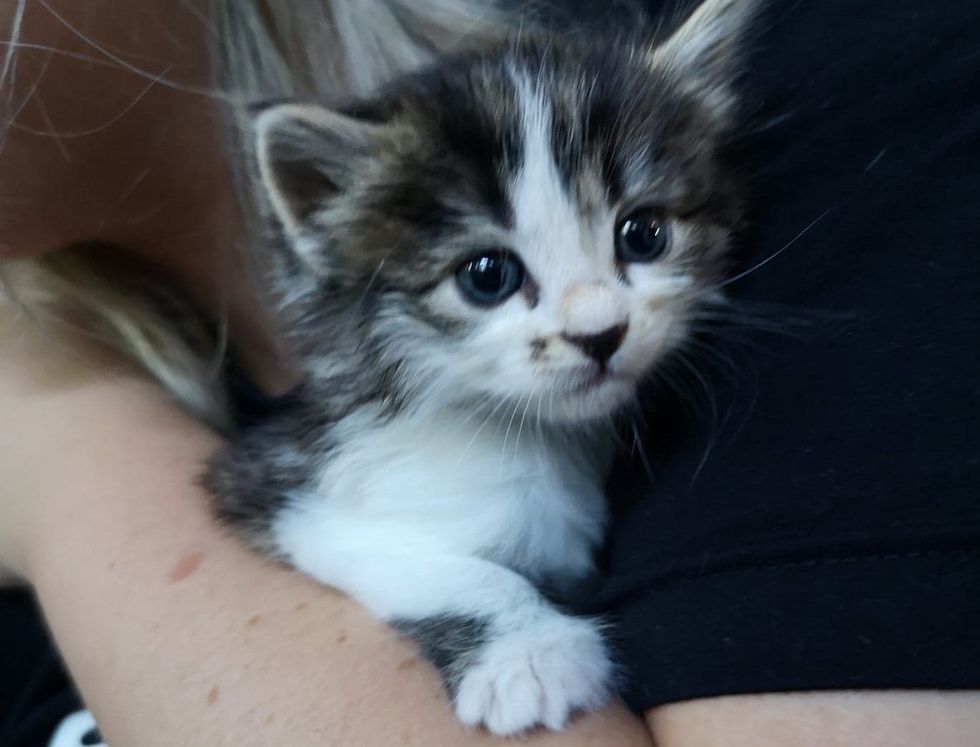 A house sitter heard meowing outside and discovered a litter of kittens in a shed. She put out some blankets and food for the little ones and later reached out to Shuswap Paws Rescue Society, a local rescue, for help.

"Though the kittens were very tiny, they still ate the food as they were starving. She never saw a cat mom," Barbara Gosselin, founder of the rescue, told Love Meow.

Barbara and Chelsea, a volunteer of the rescue, came to the property to help get the kittens to safety. 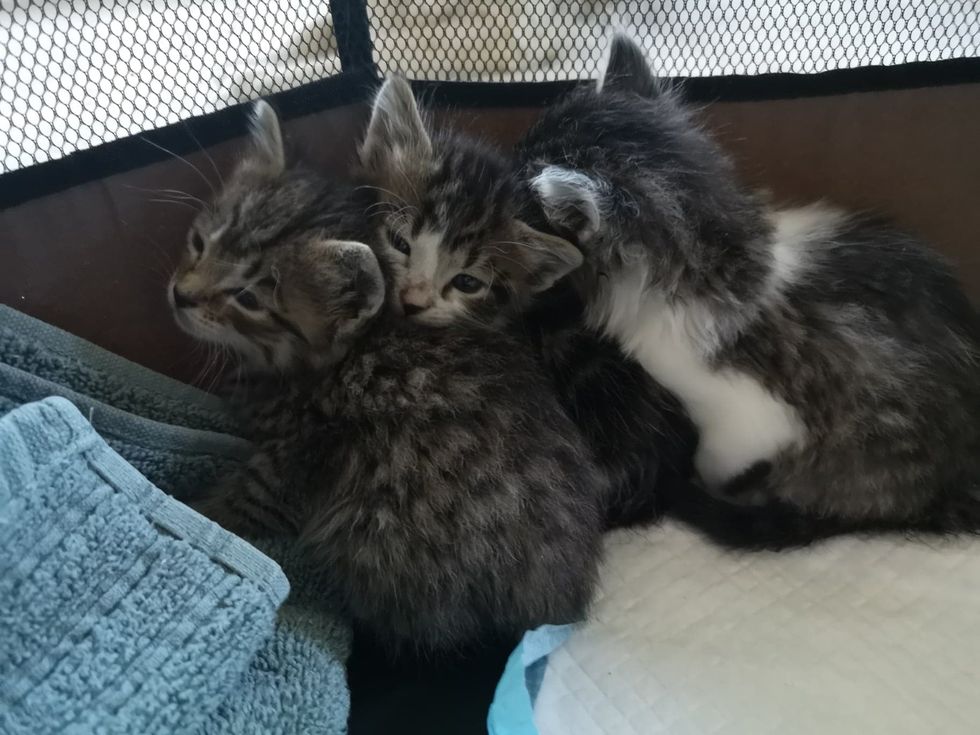 They looked around to make sure no kittens were left behind. After about an hour of searching, they found four feline babies but one was missing. 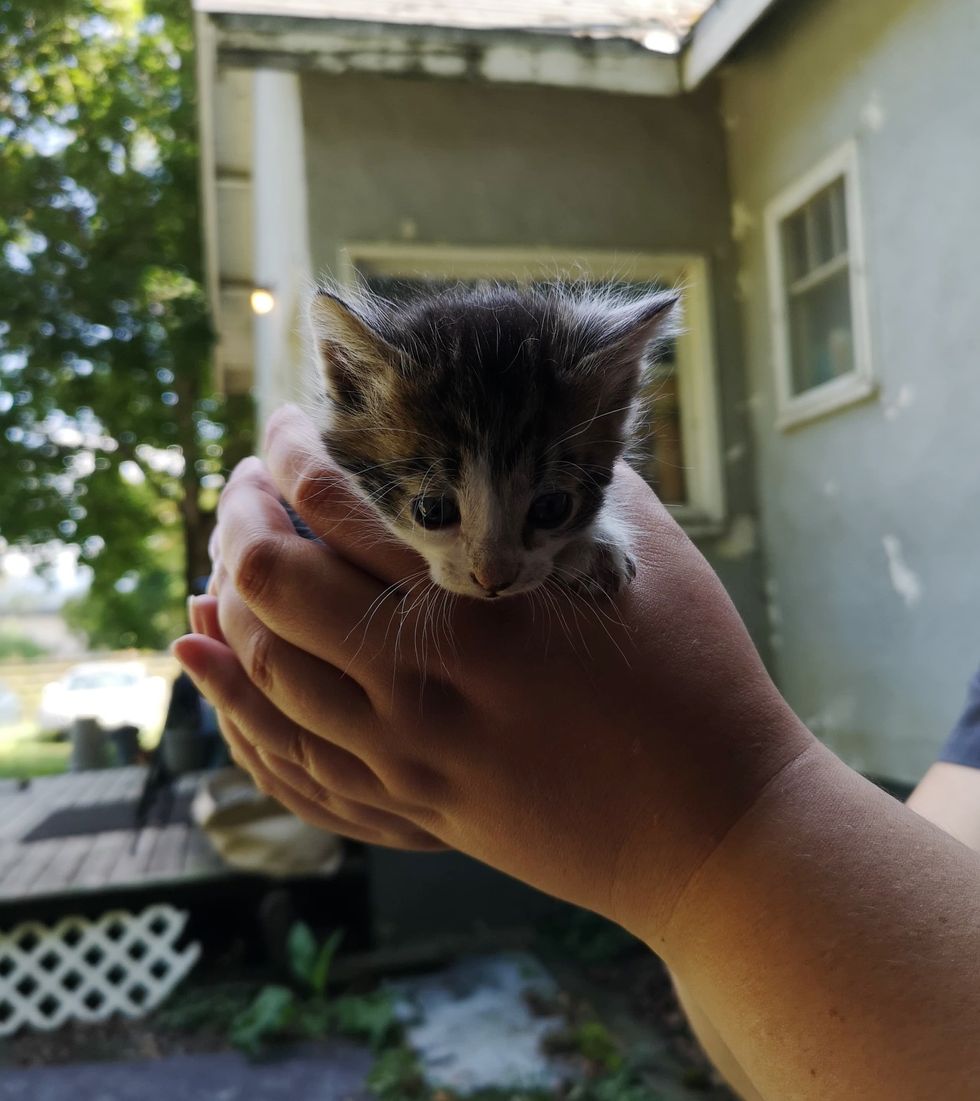 The kittens were just skin and bones and needed medical attention. They decided to get them the help they needed and set a humane trap in the area for the cat mom.

The kittens were given a much-needed bath and treated for eye infections and a stomach bug. Meanwhile, they were working with the property owner to find the cat mom. 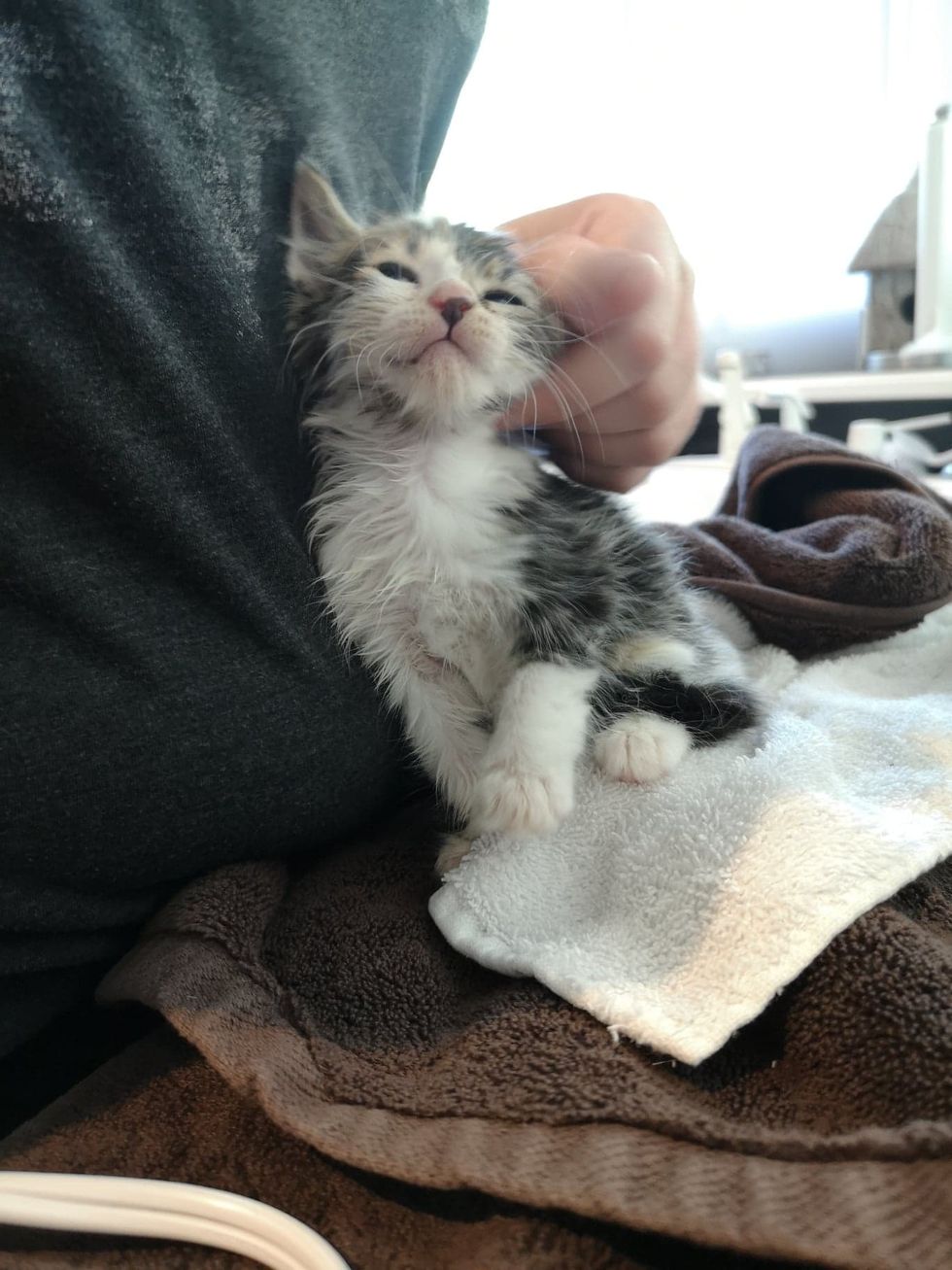 She was taken to the vet where they discovered she was not feral. After getting her spayed and vetted, she was transported to the rescue for a chance at a better life.

"As soon as she came out of the trap into her crate, I was able to pet her right away," Barbara told Love Meow. 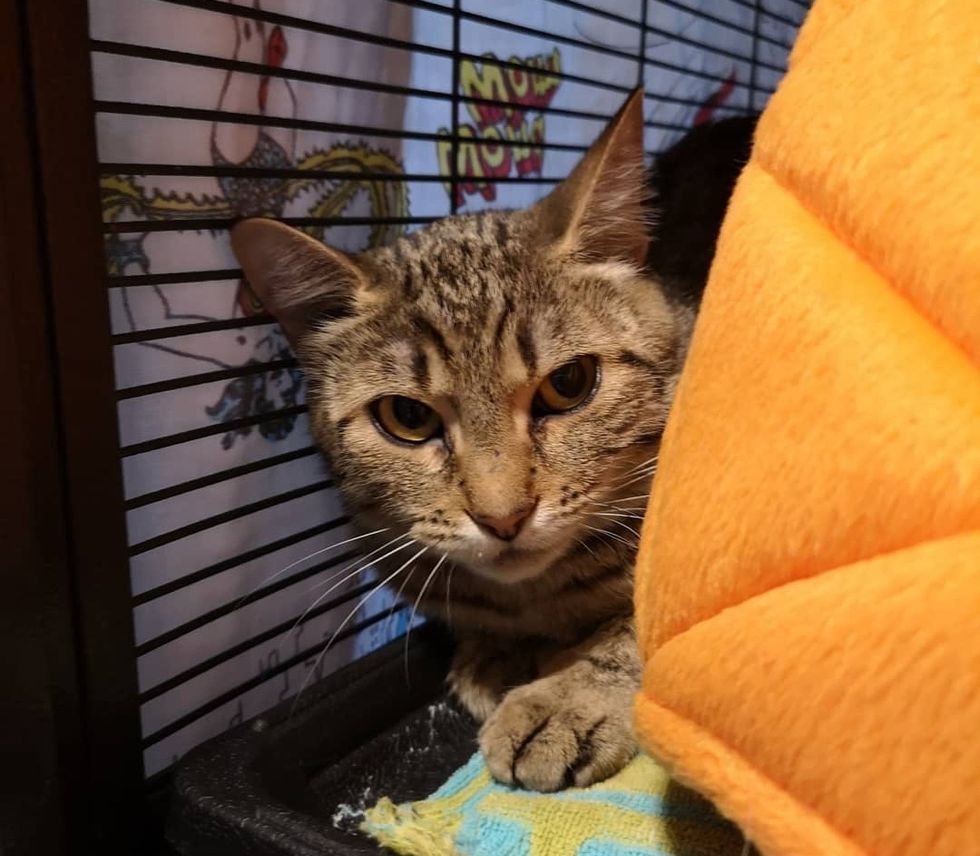 They had other kittens in the room at the time. The cat mom, named Amber, ran towards them as fast as her legs could take her. She cried and howled when she realized those weren't her kittens.

Barbara immediately drove to pick up her babies from a foster volunteer and brought them home to their mom.

Watch their rescue and reunion in this video:

When Mama Amber saw her kittens trickling out of the carrier, she walked right up to sniff their noses and started grooming them, one by one.

She stopped crying and spent most of her first night cleaning and loving on her kittens. 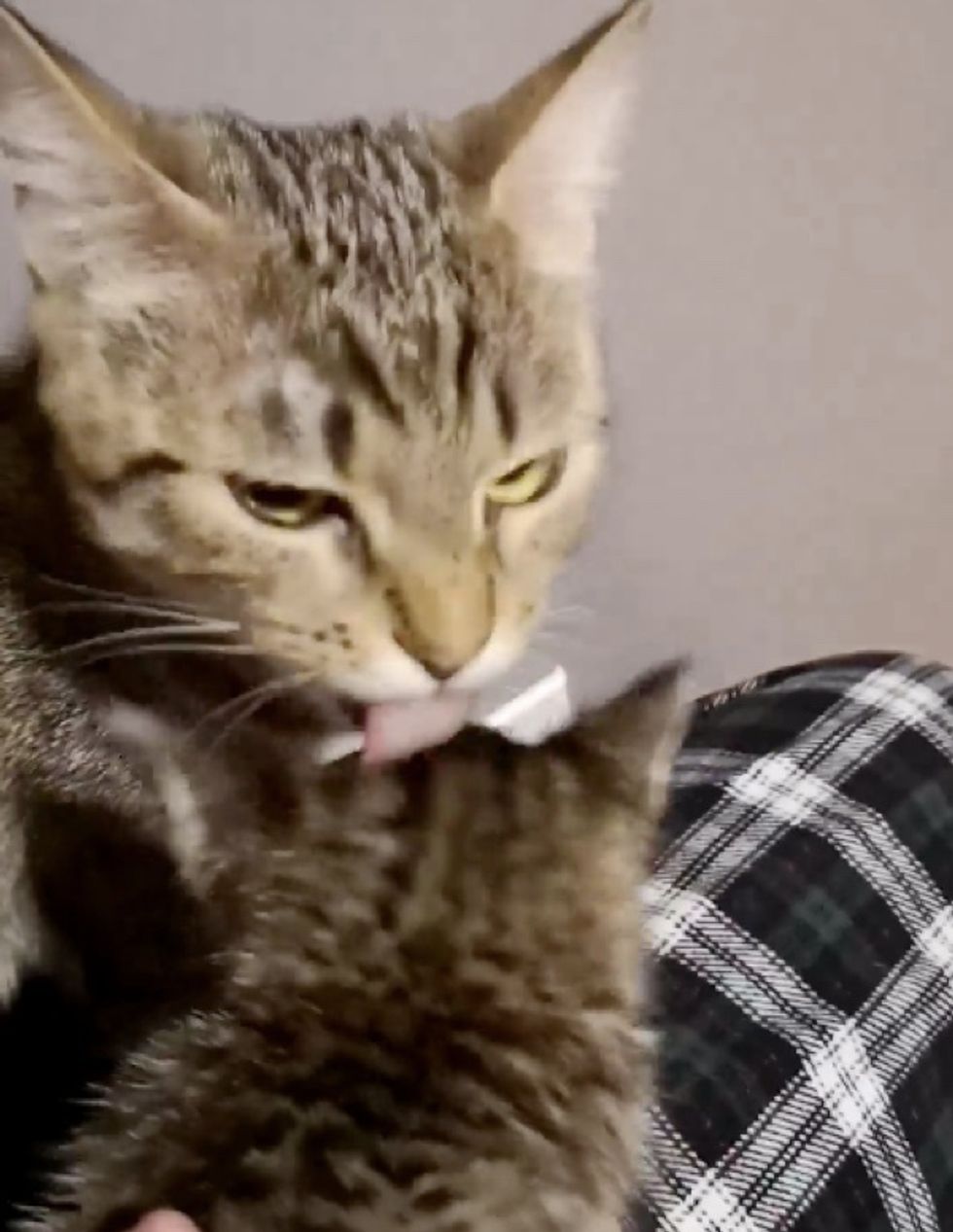 The kittens were so happy to have their doting mother back and just soaked up the love.

The adorable family of six had their first meal together. 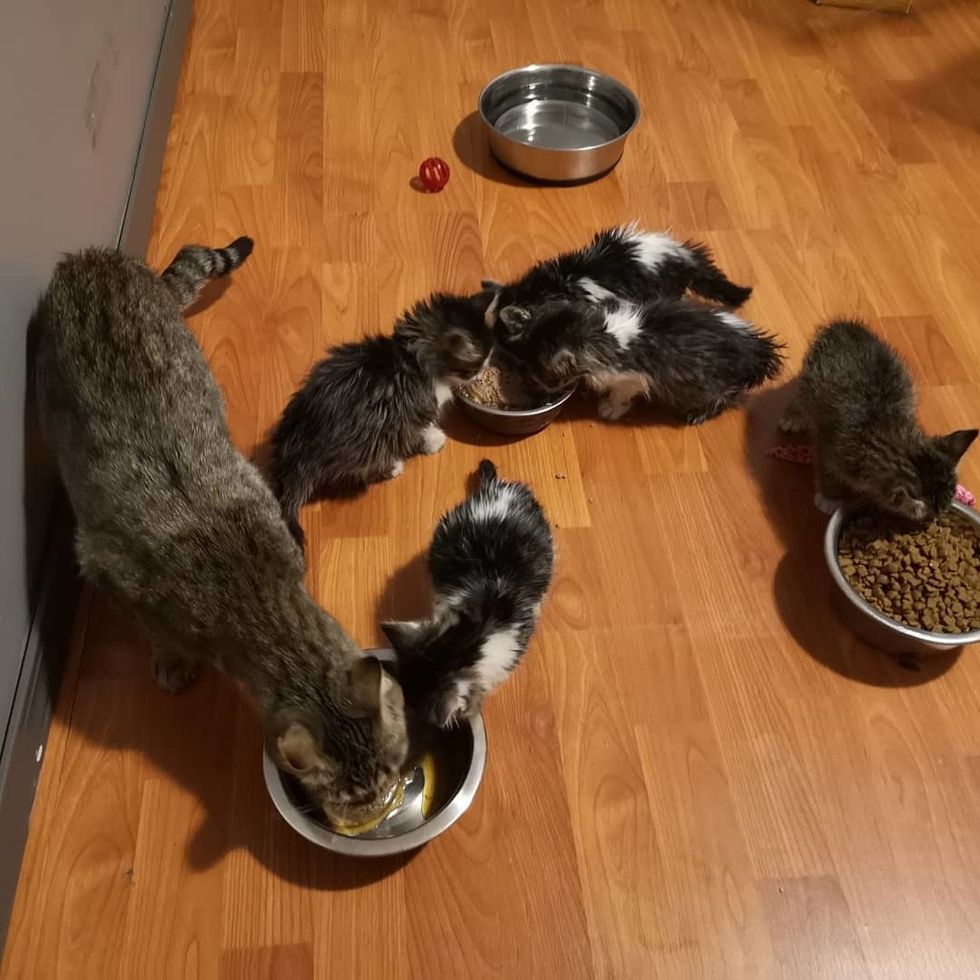 When Amber needs a break, she will curl up in her rescuer's lap and snuggle.

Since no one has come forward to claim her, she and her kittens will be put up for adoption when they are ready. 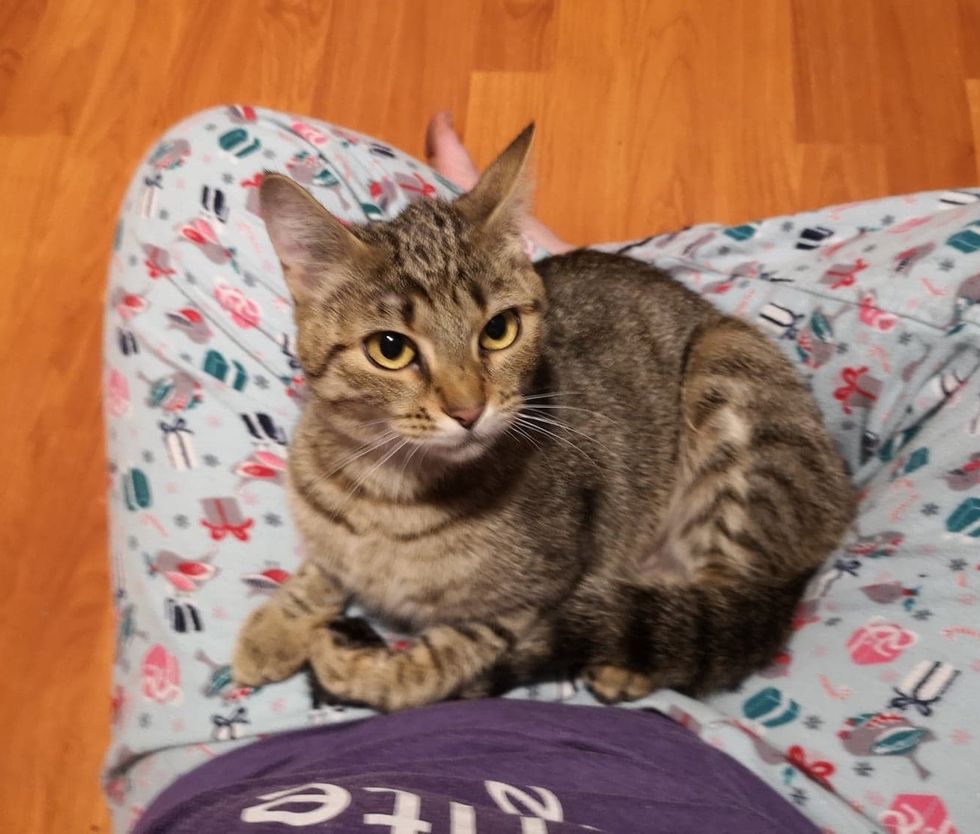 Mama Amber will never have to spend another day on the streets.

She's so grateful to be back with her kittens, without worries for food and shelter any more. 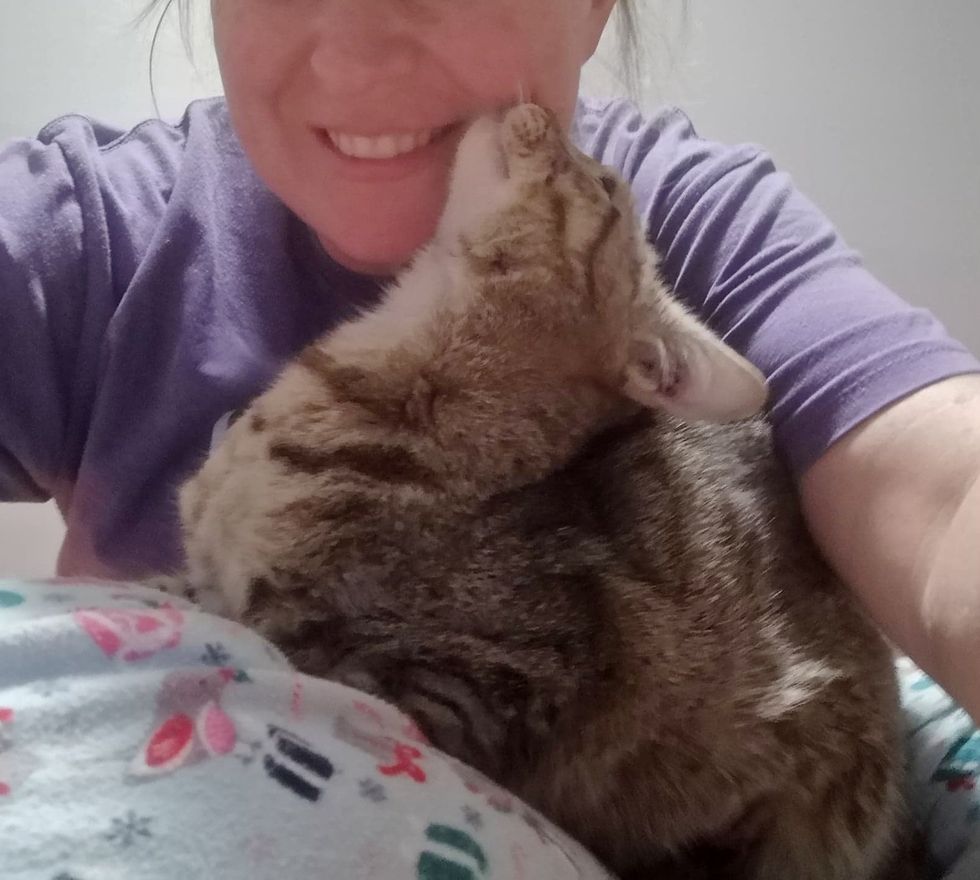