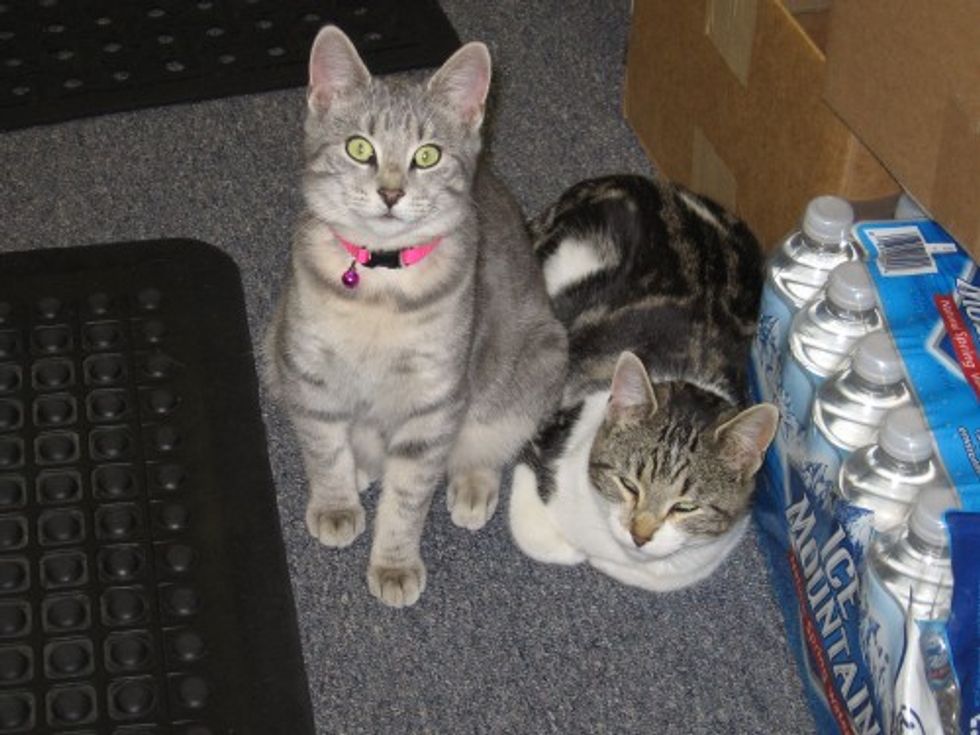 Library Cats from All Over the World

Below are photos of some of the library cats. Check out these gorgeous kitties. Maybe some of them live near your area :-).

This is Andy from Schoharie Library in Schoharie New York. He is resting in a basket and playing with his favorite stuffed animal toy. [photo credit: Schoharie library]

This is Emma from Lyme Public Library in Lyme Connecticut (U.S.). She was browsing the business and finance books in the 2007 library book sale. [photo credit: ealling]

Libris is a resident at the Willet Memorial library of Wesleyan College in Macon, Georgia (U.S.). Libris even has his own introduction page on the college website. [photo credit: cmcgough]

This is Sandy Rankine, a resident cat at the library, Victoria University of Wellington in New Zealand. She is a sweetie and often naps in the lounging area. [photo credit: Jonathan Ah Kit]

This is Page, a feline resident at the Cazenovia Public Library in Cazenovia, New York. She is a very friendly and playful kitty that greets everyone that comes into the library. [photo credit: Cazenovia Mummy Blog]

Willie is a resident at the Kuiti Public Library in Te Kuiti, New Zealand. He is a cutie and a star at the library. [photo credit: Iron Frog Production]

Fidel, the first British library cat from Deal Library in Kent, U.K.. He is unlike Dewey who was a resident at his library. Fidel is more of a daily visitor who stays in the library while his owner is at work. Fidel enjoys company and finds the library a lot more comfortable than staying at home alone. [photo credit: Loganberry Books]

There is a cats map that has profiles of known library cats from all over the world. You can check out their mapping and the pictures below (Click on a country name):