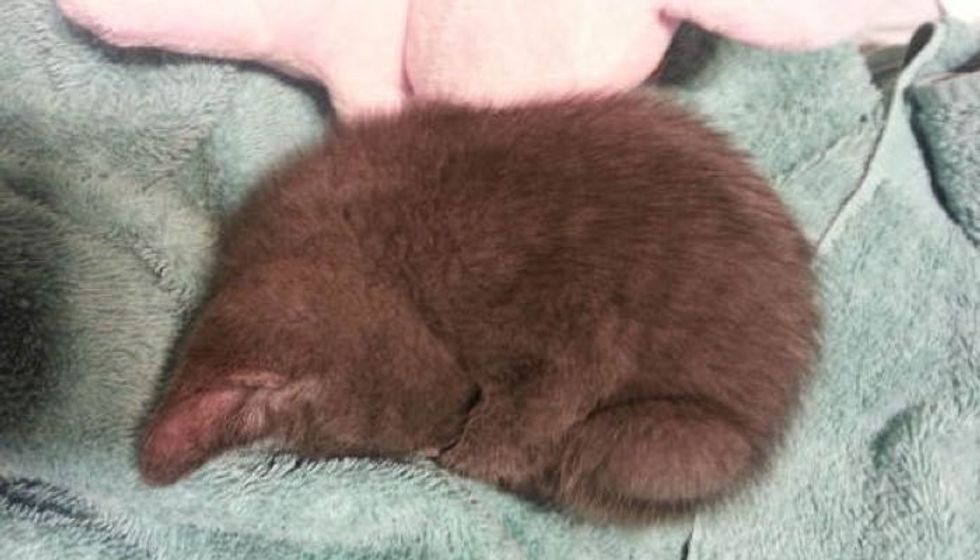 Little Ash the cat was found behind the dumpsters when he was still a tiny kitten. He was dirty and hungry. "I found him as I was leaving a local bar," said reddit user strallweat. He couldn't leave him there, so took the little one home with him, and the rest is history.

First night at his forever home. He was given food and water. "I had an old towel I used for a makeshift bed."

The human dad gave him a very needed bath. Here Ash is all clean after the bath.

To make Ash feel more comfortable, he gave him a stuffed bunny to cuddle with and keep him company. "He loved this bunny."

Ash's human cleaned out all the goop he had in his eyes and face.

Ash was given a lot of toys to play with. The scratching post was his favorite.

He also liked Kung Fu movies. "I brought him to a house I was remodeling and we would watch movies together."

The kitty became more and more attached to his human dad. "He fell asleep trying to climb up my stomach."

"He would always cuddle in my arm and pass out. Even when he got bigger he still would fall asleep on me."

Ash was saved, but he also changed his human's life forever. "He's an awesome cat, I love him."