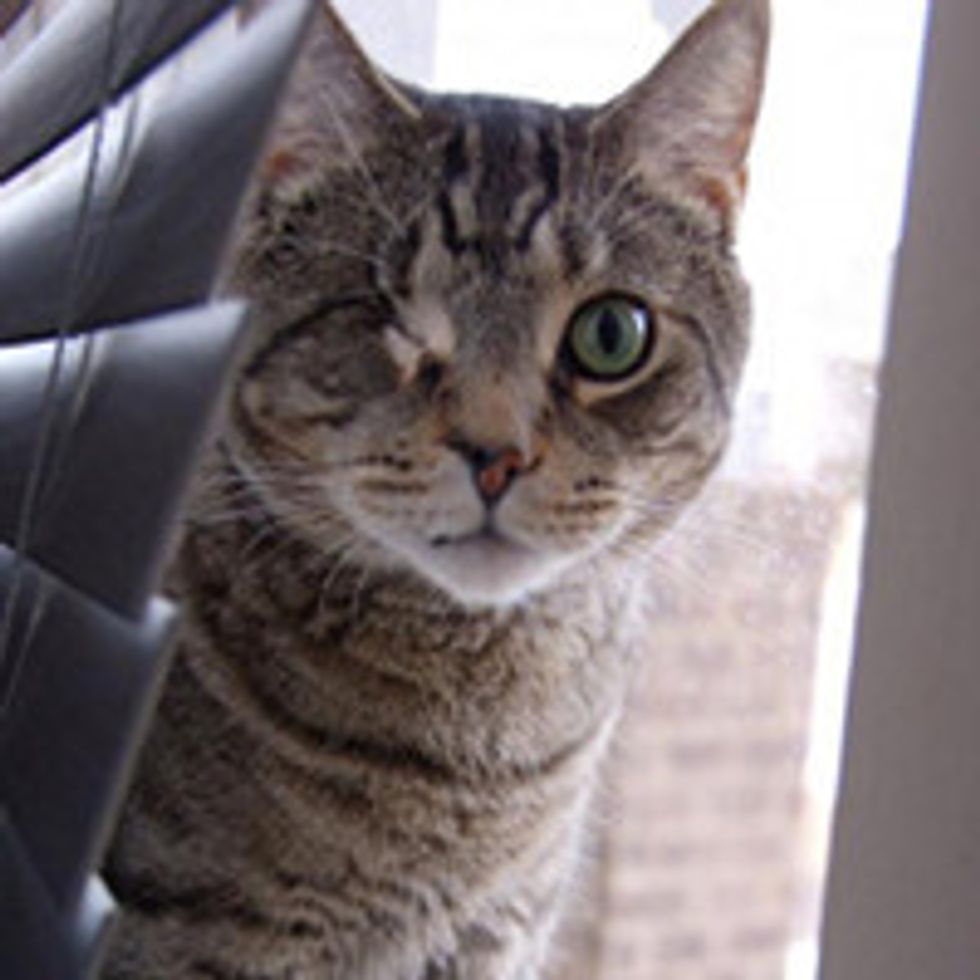 Odin the cat had a hard life in his younger years, but he found a family who never gave up on him.

"Odin had a hard life at the beginning, born to an abusive, neglectful family, he was an outside cat who got more than his share of beatings from both animals and people nearby. Scars are apparent on his ears, and especially his nose, of past battles," said Casey Hill on facebook. Odin wasn't brought into the shelter until he lost his eye from a pellet gun.

The shelter removed the pellet, but couldn't save his eye.

"I saw images of Odin (called 'Winky' by the shelter) on their website in March of 2008, and something about him pulled me. I begged my husband, who at the time didn't want another cat, to at least let me go and take a look at him. He was about a year old at the time and still had the stitches in his eye when he was brought out to us. The woman handed him to my husband and he laid his head against my husband's chest," Hill wrote.

"Call it love at first sight, the next day we were taking him home. He was clearly hanging on. A strong cat, he pulled through another surgery to remove the abscessed tooth and we discovered through the vet that his blood work returned with his blood sugar through the roof, meaning that not only was he suffering from his ordeal, he was diabetic.

My husband worried for ages that he wouldn't make it, but I kept hoping, kept praying. I applied medicine to his eye to help it heal and kept a close watch on the spot where his tooth was.

Now nearly a year later, he's gained to a healthy weight, his eye has healed marvelously, and his blood sugar is still maintained through insulin shots. He's well behaved, never once fighting me while giving him shots. He sleeps on my legs at night, and purrs nearly every time I touch him. I believe that love, more than anything, kept us going, and has allowed him to be this part of my life.

Even after everything he's been through, he's still beautiful in my eyes. Some may cringe, but I look at him and see an angel."