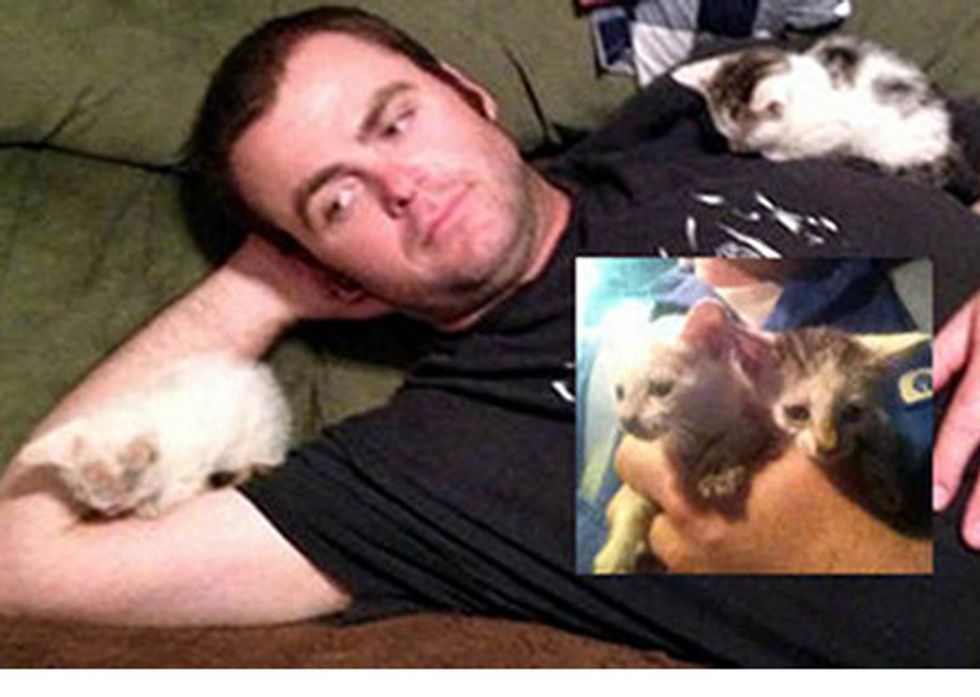 Oilfield Worker Rescues Kittens And Gives Them A Home

A big, tough oilfield worker has a soft side for kitties especially those in need. "I just couldn't leave them to starve," said Lordhillman of Reddit.

"Heading into work (one) morning and stopped at a local corner store. Before I walked in, I thought I heard a little meow....I went in for my stuff and came back out to see the darker colored one (Turner) hiding under a water/ice machine. I pulled over to where they were and scooped him up, then heard his sibling (Trixie) squeaking a little ways away. I picked that one up, called my boss to let him know I would be late and took em home to my wife and kids," he wrote. The kittens got some really needed sleep after what was probably a very rough and scary night.

Meet Turner and Trixie! They have been adopted by the person that saved them and gave them a second chance at life.

This tough oilfield worker has a soft side for kitties especially those in need. He found two little kittens at a local corner store. "I just couldn't leave them to starve."

Meet Turner and Trixie who were adopted by the person that saved them.

The kittens grew very attached to their human dad.

When they were little, they loved to rest on his shoulder.

Bigger and stronger now, but there are some things that will never change.