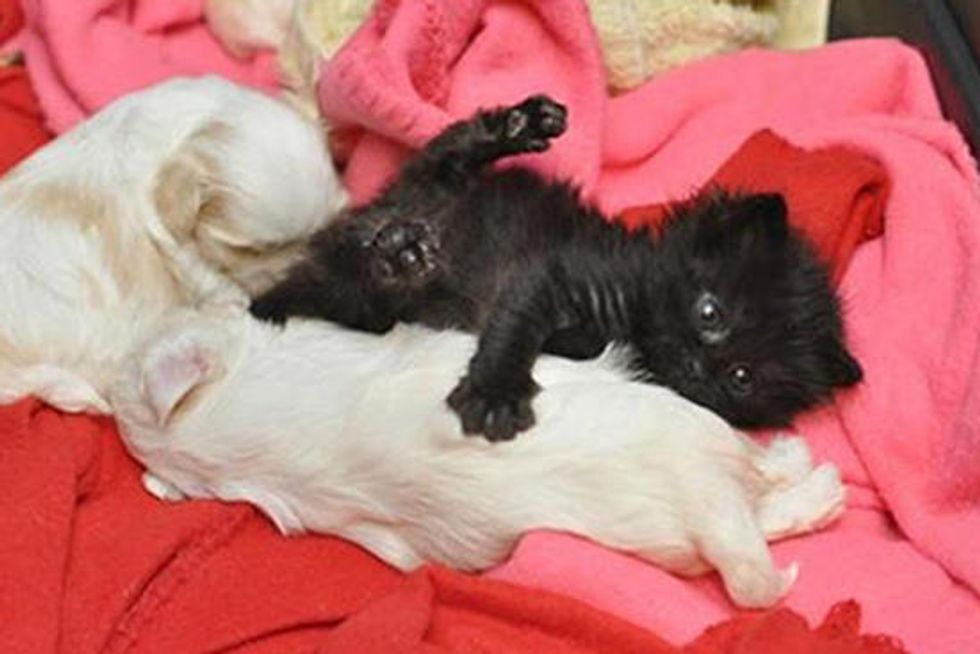 An orphan kitten named Roadhouse is now nursing alongside her new siblings, tiny pups, and getting all the love from her new mom, a white Maltese dog named Coco.

Coco was rescued from a hoarding situation and was brought to Animal Haven. After she came into the shelter, she gave birth to her litter of puppies.

Just a few days after her puppies were born, Roadhouse the kitten came in without a mother. She wouldn’t take formula from a bottle, so they introduced her to Coco. “We said, ‘What would happen if we put the kitten with Coco,’ and it was instantaneous,” Mara of Animal Haven said.

Roadhouse has formed a beautiful bond with her new mom and the puppies.

Coco nursing Roadhouse and her babies