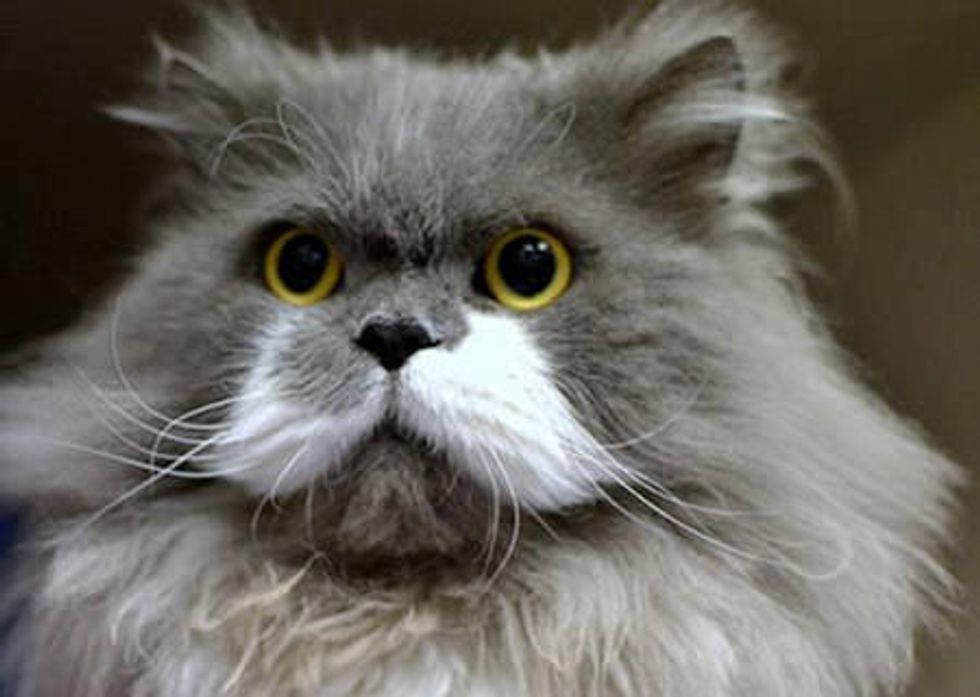 Owlbert The Mustache Cat Who Looks Like An Owl

Meet Owlbert, a handsome cat sporting a finely groomed mustache who looks like an owl. Owlbert was found in a cardboard box at a construction site in Southwest Philadelphia back in May 2012. Despite being abandoned as a kitten he has won many hearts with his endearing and down-to-earth personality.

A dapper cat named Owlbert who wears a finely groomed mustache and looks like an owl.

Despite being abandoned as a kitten he has won many hearts with his endearing personality.

A day in the life of Owlbert the Cat, the fluffiest cat of South Philly! [Watch Video]

He has an impressive mustache...

At The Cat Doctor, they treated the little guy for his ear infections and got him back to health.

Soon his hair started to grow back.

He is very laid back and loves to nap.

Owlbert's thick, soft coat has fully grown back. He is undeniably handsome.

Photos via The Cat Doctor and Owlbert The Cat.