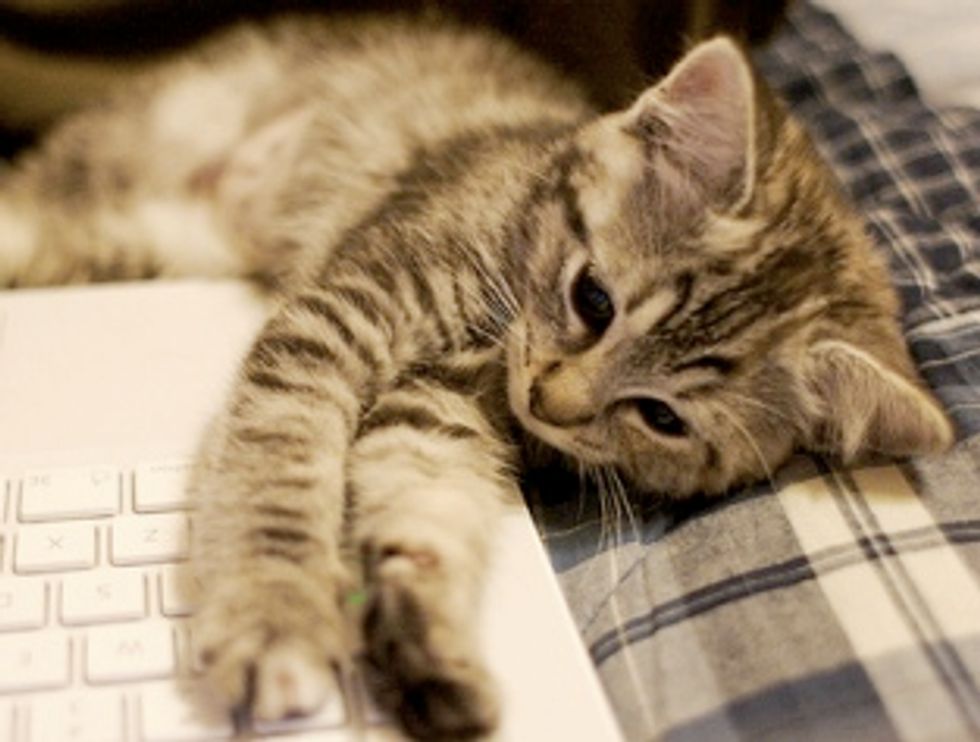 One of my readers asked a question regarding rabies in cats. I thought I would share it with you guys since rabies is a very scary disease to both cats and humans:

Rabies is a serious disease and needs to be prevented for all cats. Rabies can also put humans at serious health risk if left unnoticed.

Have your cat gotten the rabies shot? It is important to make sure your cat is up to date on all the shots.

Rabies is a virus that attacks the brain and causes a series of abnormal, aggressive behavior in cats and eventually leads to death. There are several stages displayed by a cat if infected with rabies. On the first phase, the cat would have apparent change in temperament. Usually the most obvious sign is that a mellow cat becomes aggressive and agitated or an active cat becomes timid and unease. The switch in personality could be an indicator of stage one rabies. On phase two, cats become much more random in behavior, showing an array of odd responses to different stimulants. The problems from the previous stage become more pronounced and the cat may start eating unusual things such as sticks, stones or the like. They may even impose pain upon themselves by hitting themselves against a hard object or roam aimlessly and get hurt as a result. Their voice may start to alter and their disposition changes to be vicious and extremely aggressive. Sometimes they may go through episodes of seizures. Some cats even progress into the third phase, which involves severe depression where their tongue protrudes outside the mouth and eventually comes down with paralysis.

Unfortunately, most cats that have rabies end up dying because of how invasive and damaging the virus is to their brain.

The most effective way to determine if a cat has rabies is to take a biopsy of the brain which involves taking a brain tissue and putting it under the microscope. However, this is usually done after the cat has been euthanized.

Wild cats are more prone to having rabies because they may have had contact with animals such as foxes, skunks, and raccoons that are the common rabies infected mammals, but it is important to have your cat seen by a vet to help you determine if your cat is healthy.

Humans can contract rabies through a bite of a rabid cat or any infected mammal. The virus that resides in saliva of a rabid mammal can survive for a limited time after the bite. If bit, you should immediately wash your wound with water and soap and then check if the cat that bit you is up to date on the rabies shot. If that is unknown, it is important that you seek medical assistance as soon as possible. Your doctor may give you a tetanus shot if the animal is up to date, otherwise your doctor might suggest giving you a rabies shot.

Out of the bites from humans, dogs, and cats, cat bites are the worse than dogs due to the shape their canines which inject the saliva deeper into the flesh. Believe it or not, human bites are the most terrible out of the three according to a physician from Alexian Brothers Medical Center.

In many countries, rabies shots are required by law due to the devastating effects the virus can do to animals and humans. If you do not have any vaccination record of your cat or your cat is not up to date on the shots, I would bring her in to the vet's office for a complete health checkup and receive any shots necessary to help prevent various diseases including rabies.