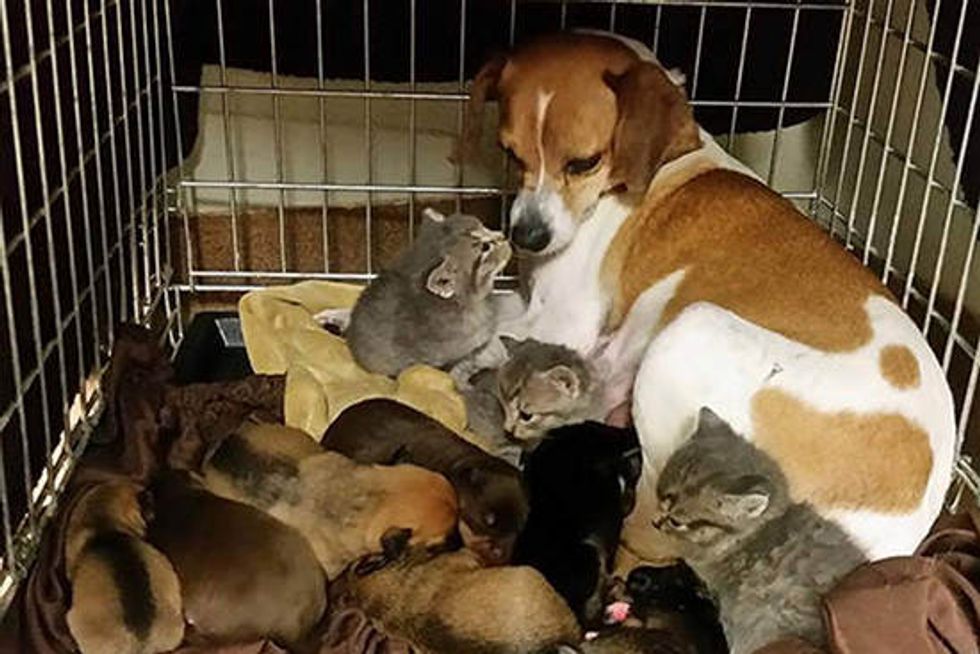 Three tiny kittens found a new unusual mom, a beagle mix dog named Mary who has a litter of puppies of her own. Mary adopted the kittens at the Pickens County Animal Shelter in Jasper, Georgia. She's been caring for the kittens since before their eyes were even opened.

Mary has seven little puppies of her own. When they tried to introduce the kittens to Mary, she took all three in and started nursing them as her own.

Mary grooms the kittens, sleeps with them and cannot bear to have them leave her side.

Shelter staffers work around the clock to feed the kittens, but Mary is playing an important role. "If anything, it’s given the kittens the companionship of the litter, the mother, the warmth."

Three rescue kittens have found a new unusual mom, a beagle mix named Mary who has a litter of pups of her own. 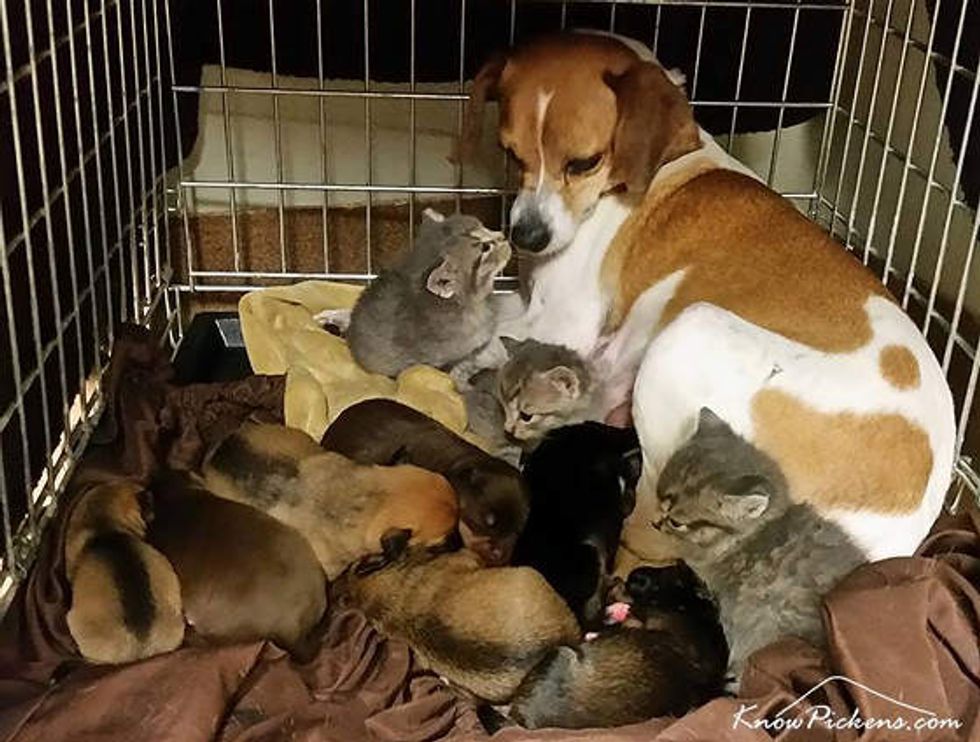 She loves her kittens, grooms them, sleeps with them and cannot bear to have them leave her side. 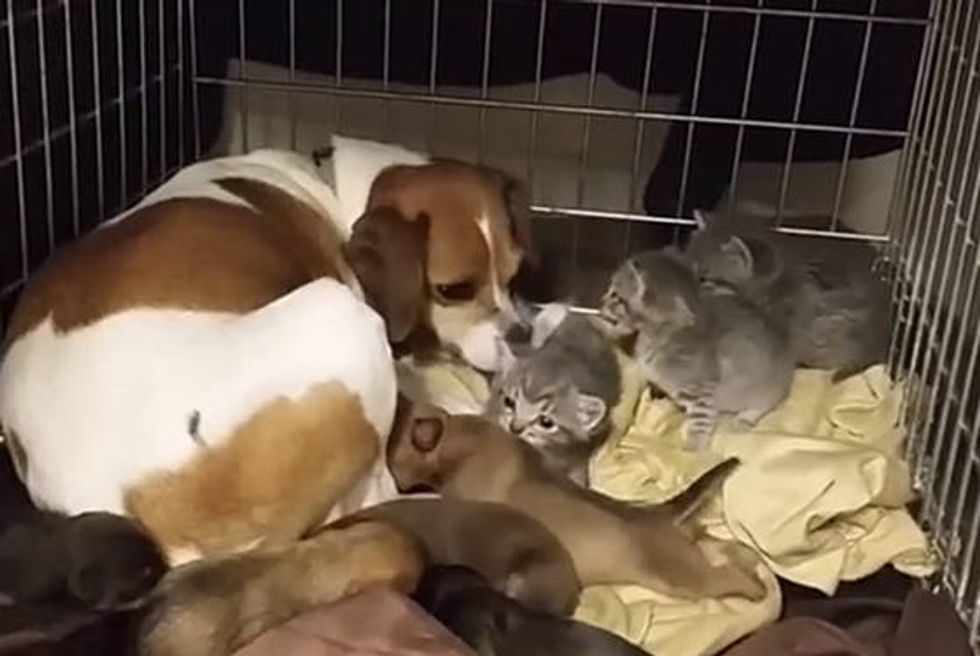 Watch them in this video: