Rescuers Save Cat With Tape Roll Stuck Over Neck and Turn His Life Around...

A ginger cat was found with a tape roll around his neck. He was terrified of humans, but rescuers were determined to save him and turn his life around. 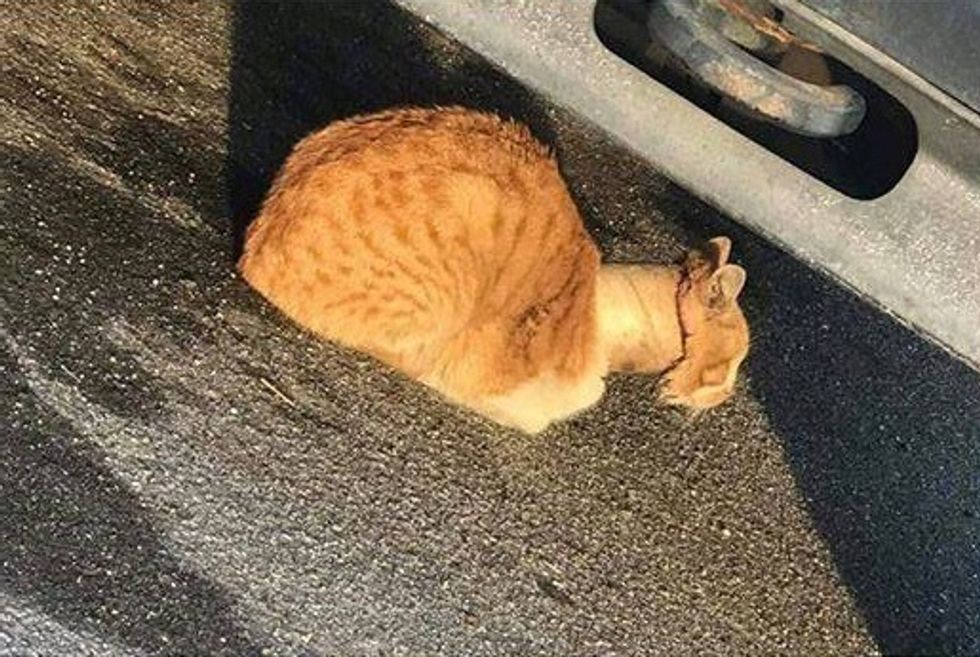 The cat was spotted living on the streets in a neighborhood in California with a large empty tape roll over his neck.

Many people along with Animal Control had attempted to catch him but they were not successful. That's when Kimberly Saxelby and Chris Gattas decided to ride out to the location on Valentine's Day, hoping to get the ginger feline to safety.

"When we arrived we set a trap just two feet away from him while he laid under a car, we waited for an hour but we figured out that he was not going in because of the tape roll on his head so we had no choice but to try and catch him with our nets. After chasing him for a while and cornering him into an old shed that is when Chris was able to catch him with the pole net as he tried to run out," Kimberly (Saving Sweet Valentine) shares with Love Meow. 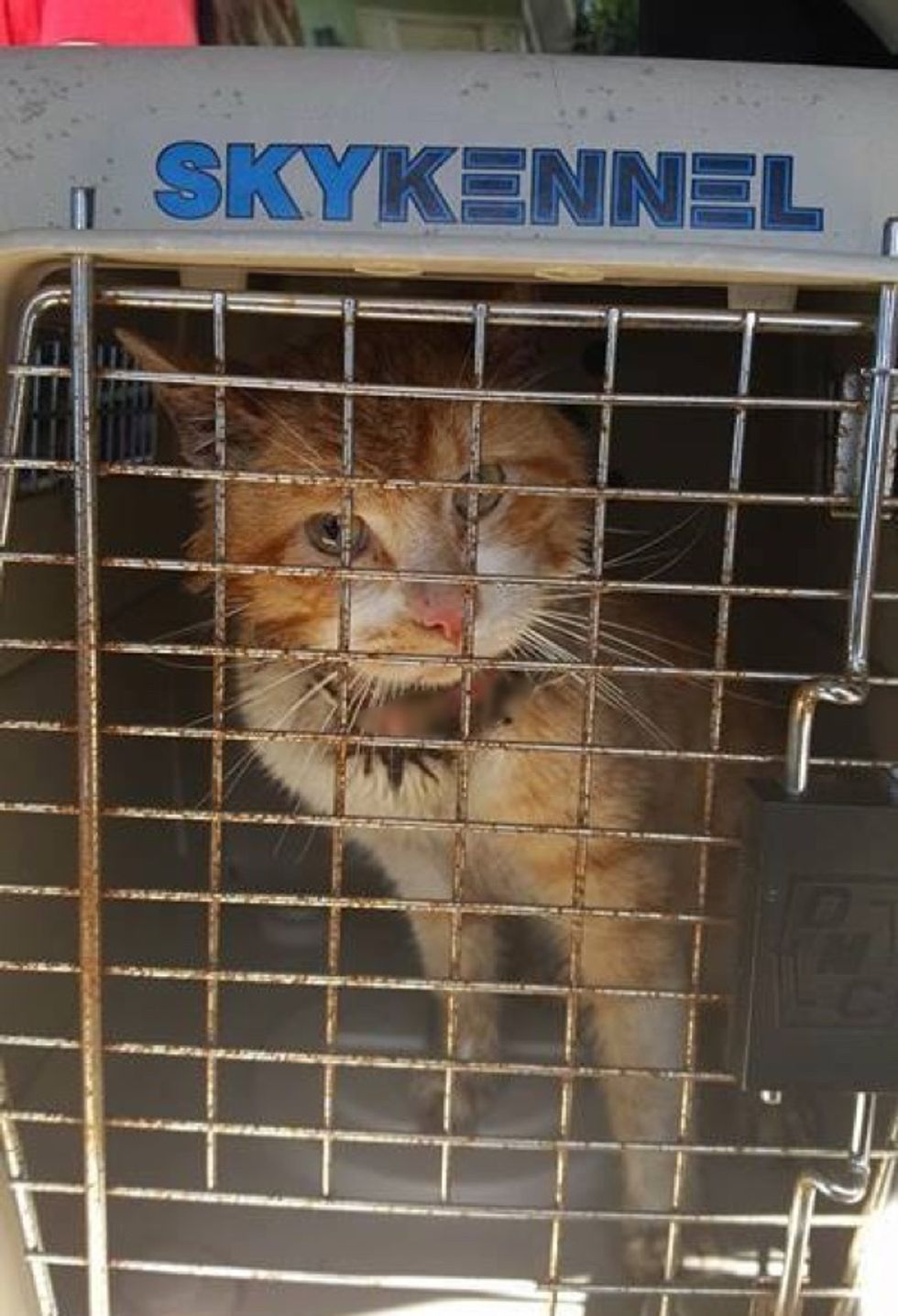 Once the cat calmed down a bit, they noticed the extent of the injury and believed the tape roll on his neck had been on for months. "We actually thought there was a dead animal near the shed but it was actually the smell of his rotting flesh and infection from his neck."

They rushed the cat to Rancho Cucamonga Animal Shelter, and they immediately started medical treatment. 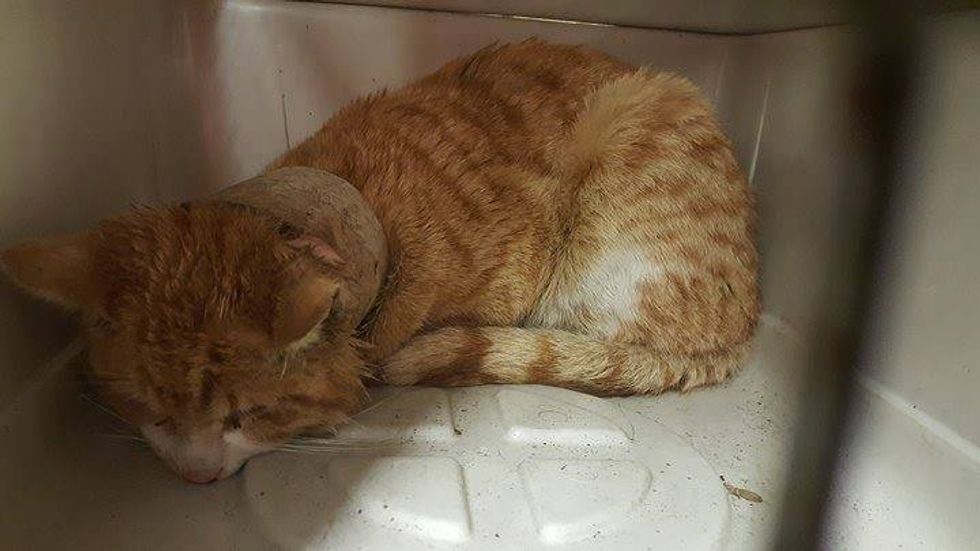 "Little did we all know after we sedated him just how bad his condition was till we cut the tape roll off his neck,. It brought tears to my eyes because I couldn't imagine the pain and suffering this poor sweet cat has been through and for as long as he has. He is very emaciated and dehydrated from not being able to eat or drink well with the tape roll over his head."

The wonderful vets at the shelter gave the ginger boy emergency surgery to clean and fix the area around his entire neck and above his ears. 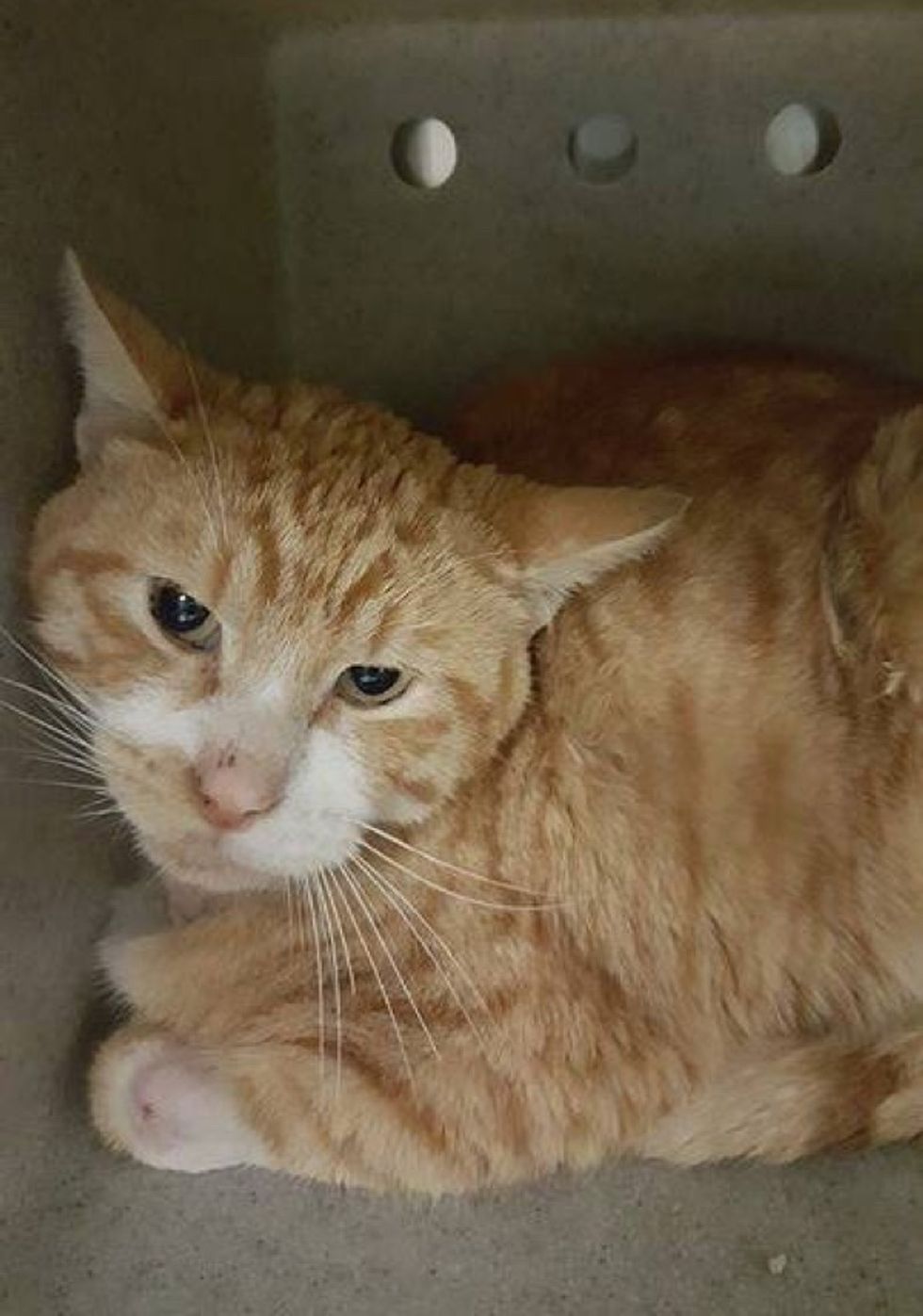 "We named this handsome boy Valentine because that is the day this sweet boy was saved."

After the surgery Valentine bounced back and began to eat food properly without the tape roll on his neck. He was drinking water and staying hydrated. The brave kitty was healing and doing better than everyone had expected. 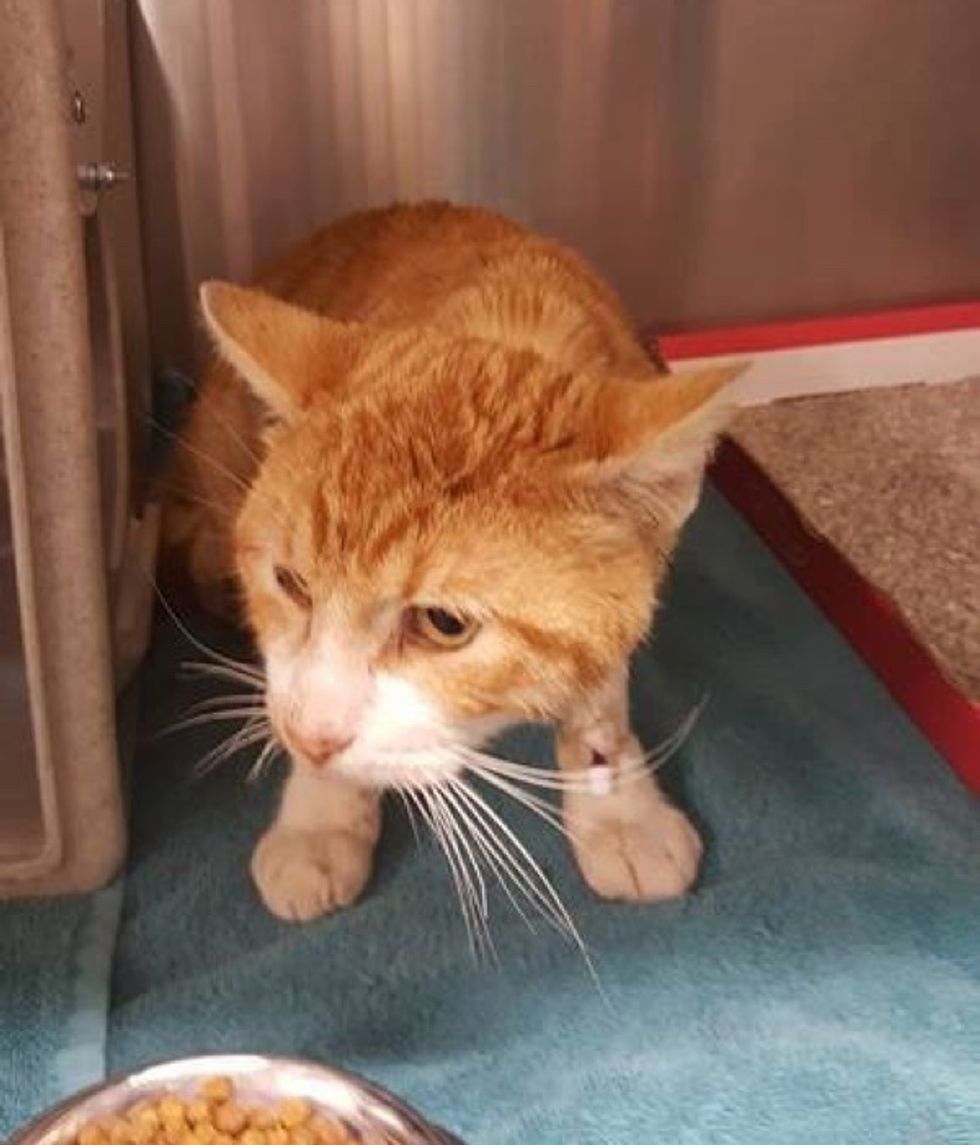 Valentine was a bit guarded and understandably grumpy after the long unthinkable ordeal. They gave him a feral box to make him feel more safe and secure, and he stayed there most of the day.

Once they found him a foster home, his demeanor began to change. His foster mom was able to pet his head, and little by little he started to enjoy human companionship. 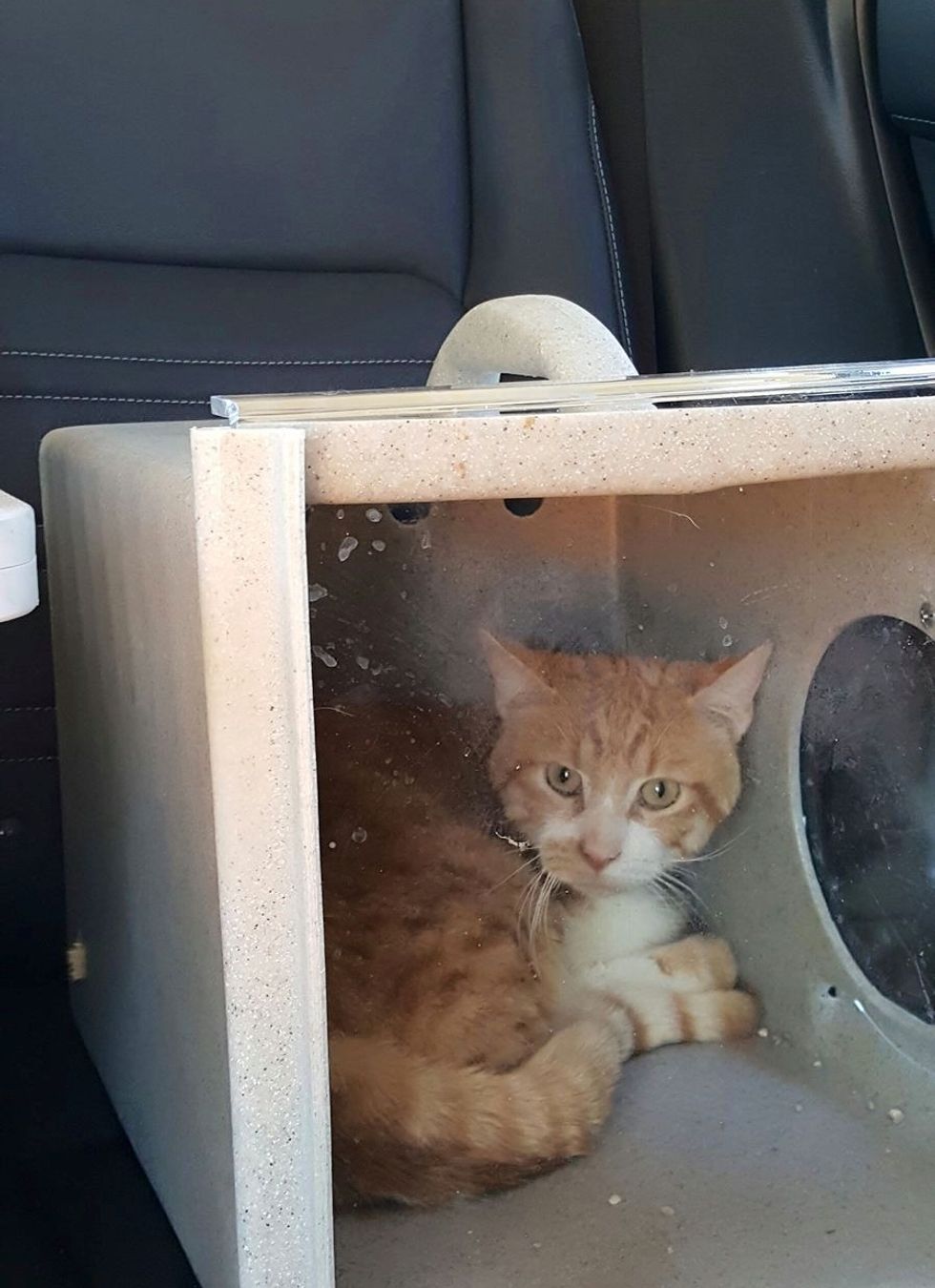 "He has been through so much misery and pain and he is so deserving of a loving home. I know at one time this cat was not afraid of humans and probably loved human touch."

They are determined to help Valentine learn to trust and love again. 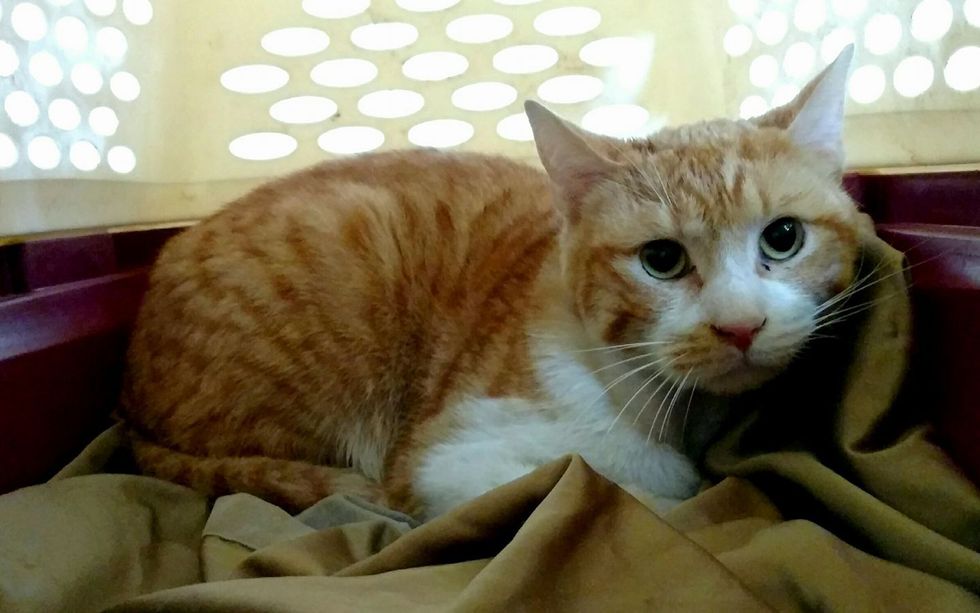 A few days after Valentine moved into his new foster home, this happened…

"As you can see Valentine is making himself comfy at his new foster home. He seems to be adjusting fairly quickly and that makes us very happy," Kimberly said. 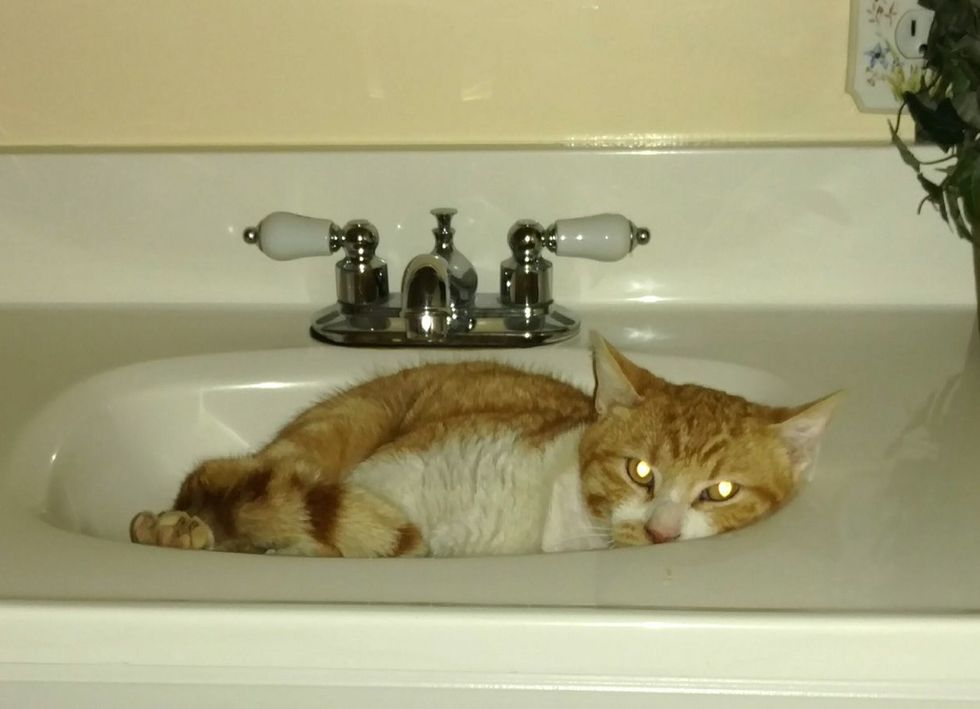