This cross-eyed senior cat doesn't have ears and teeth, but he is as happy as can be. Just a couple years ago, no one could get near him until they found out what was wrong with him... 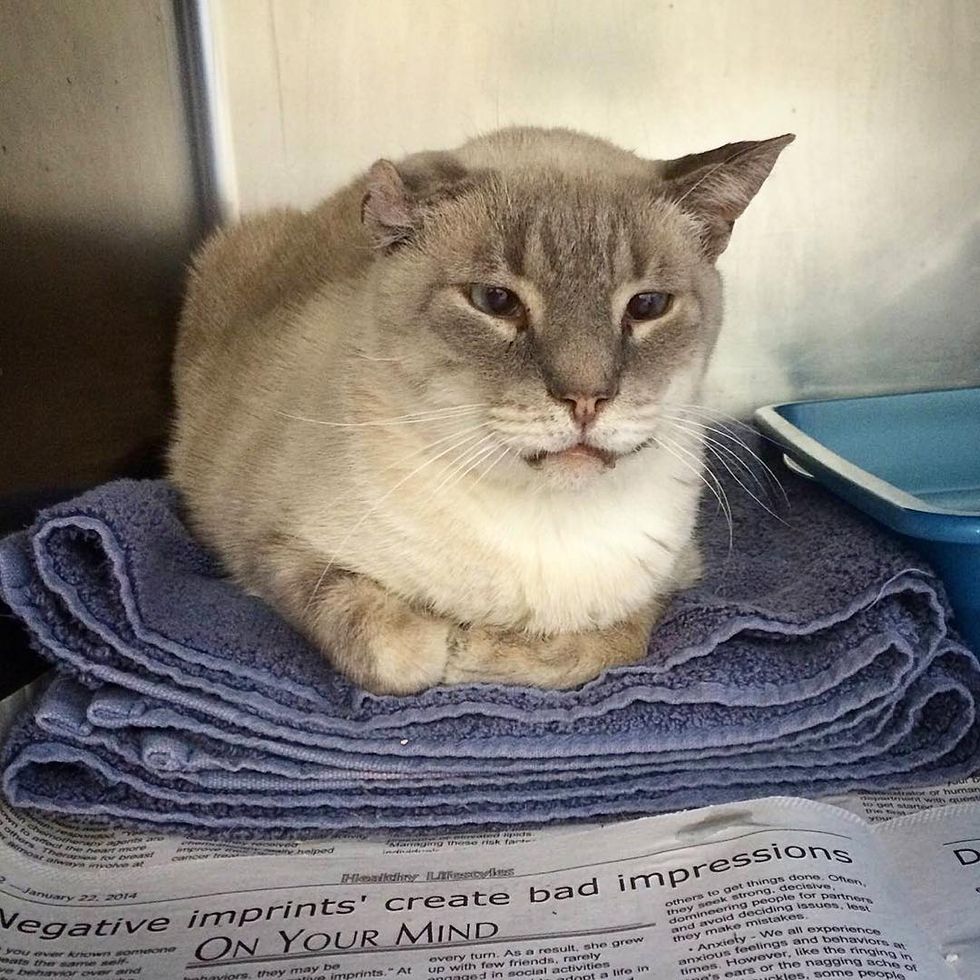 "He was part of a feral colony that a shelter worker was helping care for, and at one point she decided to bring him to the shelter," Jennifer Blakeslee, Eddie's human, told Love Meow.

When Eddie was brought into Mid Hudson Animal Aid, a no-kill shelter in New York, he was grumpy and wouldn't let anyone touch him. After awhile the shelter staff discovered that he had chronic and severe ear infections, which had been bothering him for a long time.

Eddie needed a full "ear ablation," which is the removal of the ear canals. "This surgery, which was done around the beginning of 2015, is what made him deaf, and left him with cute little ear flaps. He also had all of his teeth removed around this time, due to gum disease and rotting teeth."

After the surgery, Eddie's temperament began to change... 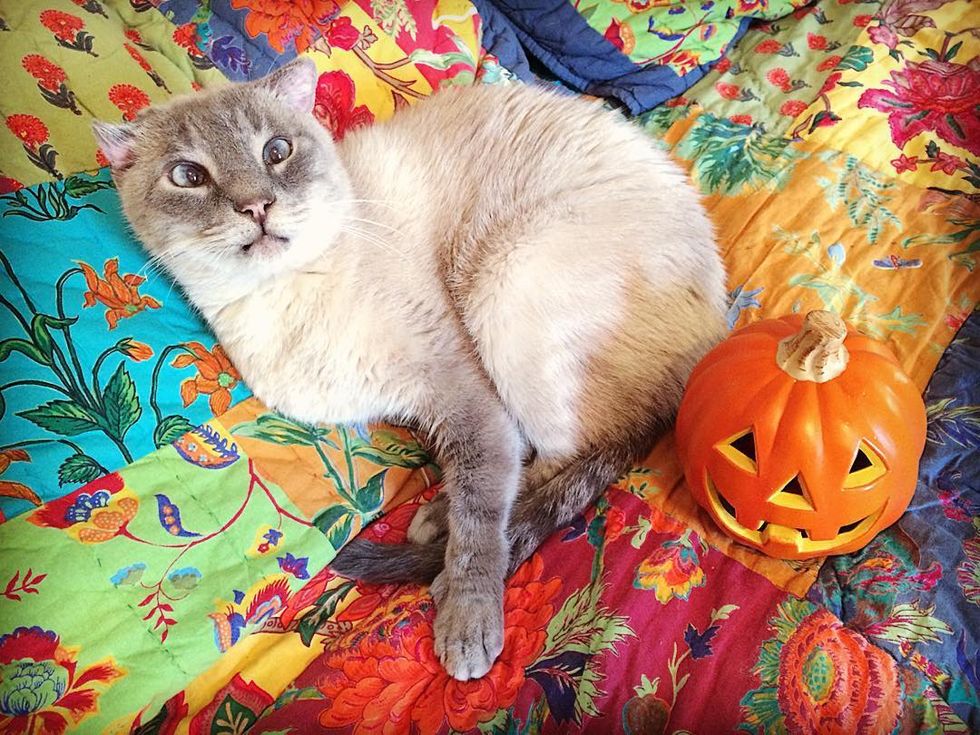 "He went from cranky and mean to sweet and approachable. He's not pick-up-able, but he does love bellyrubs, and he loves sitting on catdad's lap," Jennifer told Love Meow.

"The shelter workers said he was like a totally different cat after the first surgery." 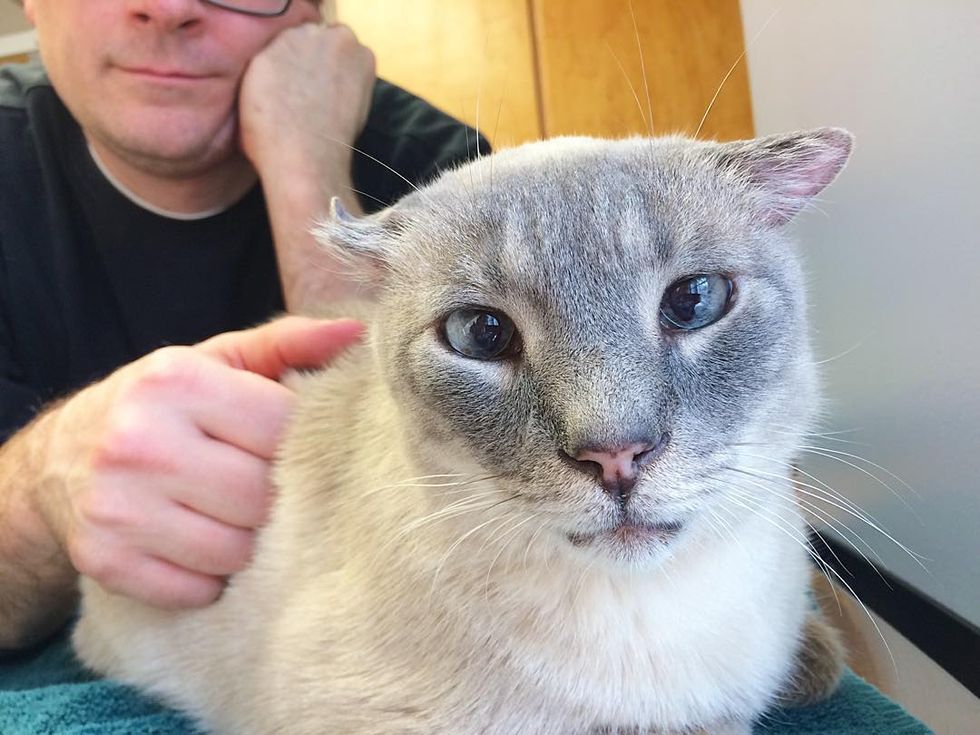 Eddie was healing, when Jennifer met him at the shelter. She knew right away that he was the one.

The cross-eyed kitty became a snuggle bug to other shelter cats after they treated his ears. It was no surprise that he quickly bonded with Daisy the cat after they met at his forever loving home. 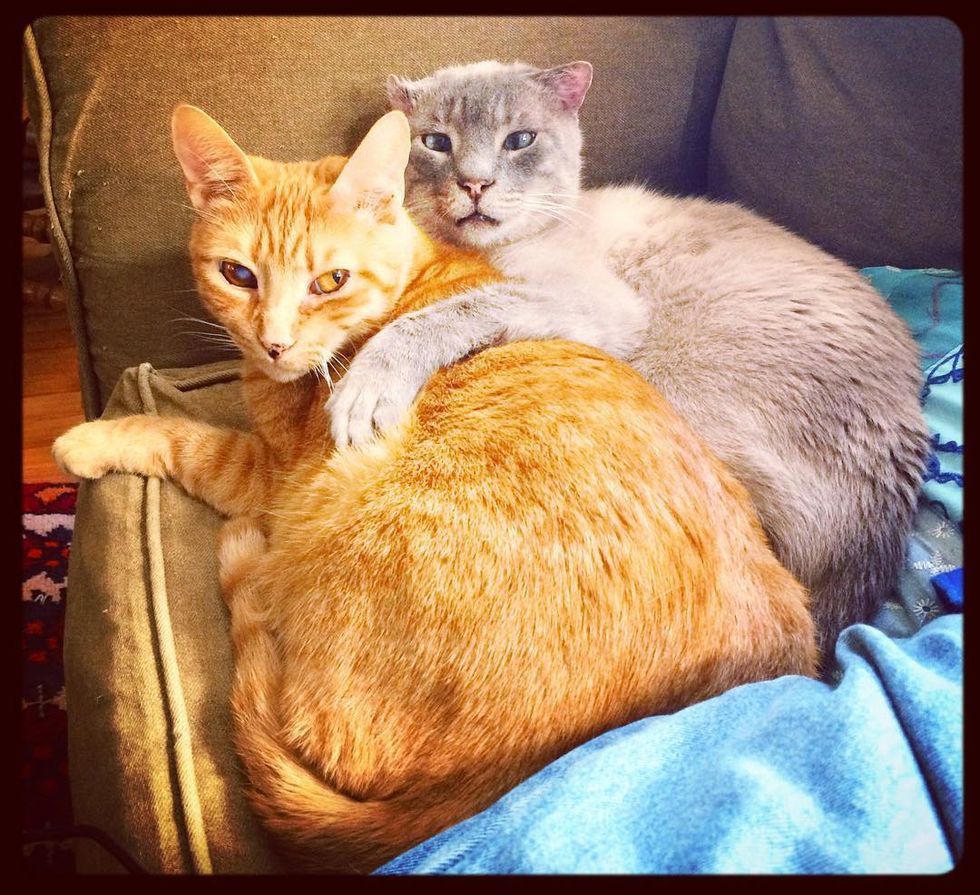 "Last summer, we noticed that he was still scratching at his ears.

"Those cute ears became so full of scar tissue from incessant itching and scratching that they became problems in their own right. Cysts were forming that could've led to cancer, so we decided to ditch the ears altogether." 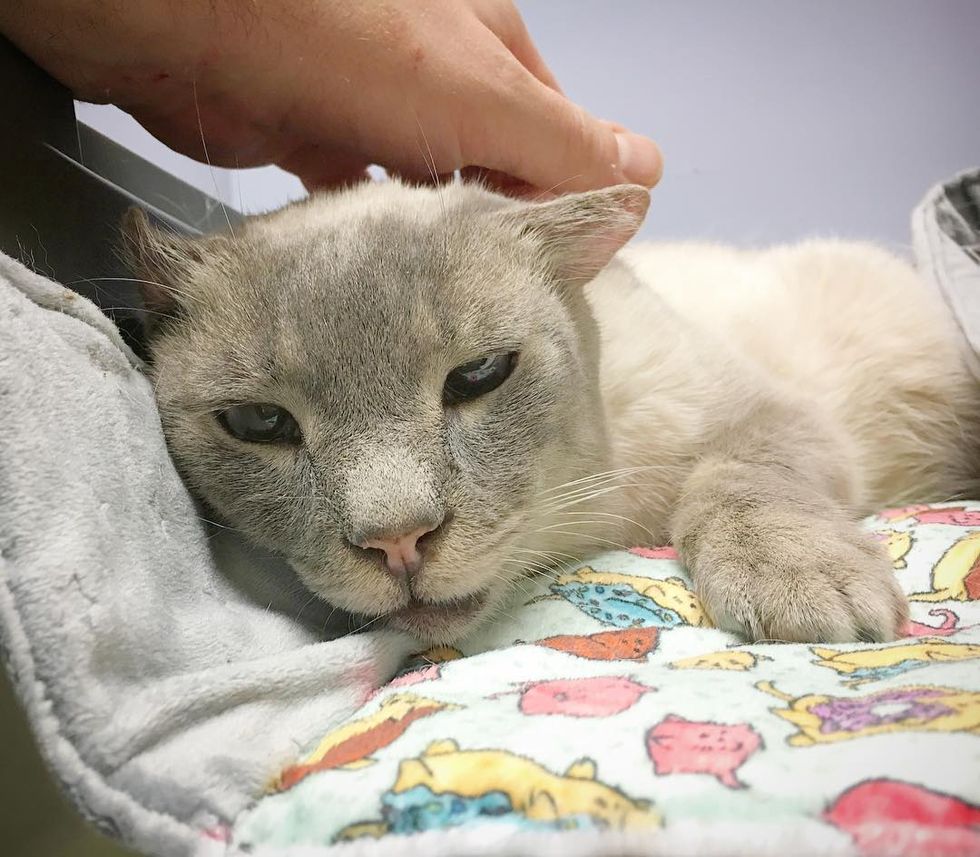 They gave Eddie a double pinnectomy, or removal of the ear flaps. 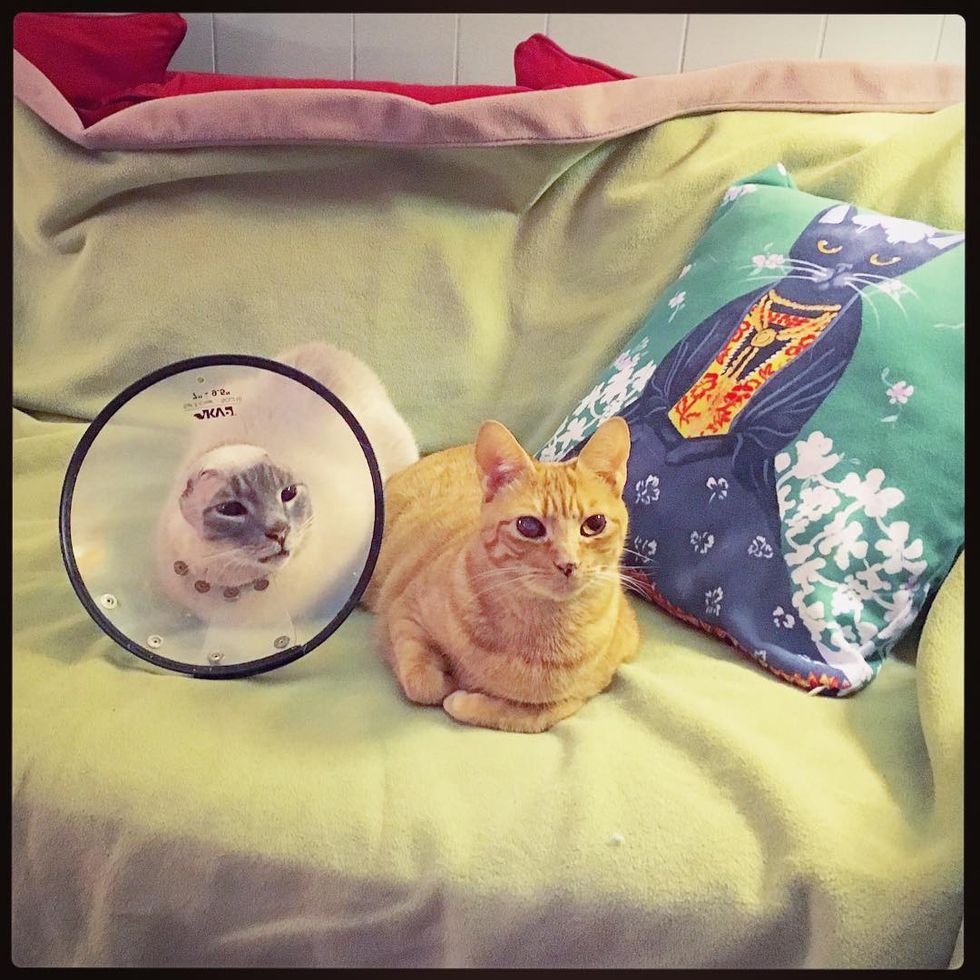 Eddie doesn't have ears and can't see very well, but he is happier than ever.

He loves treats, belly-rubs, and likes to curl up for a nap with his feline sister, Daisy. 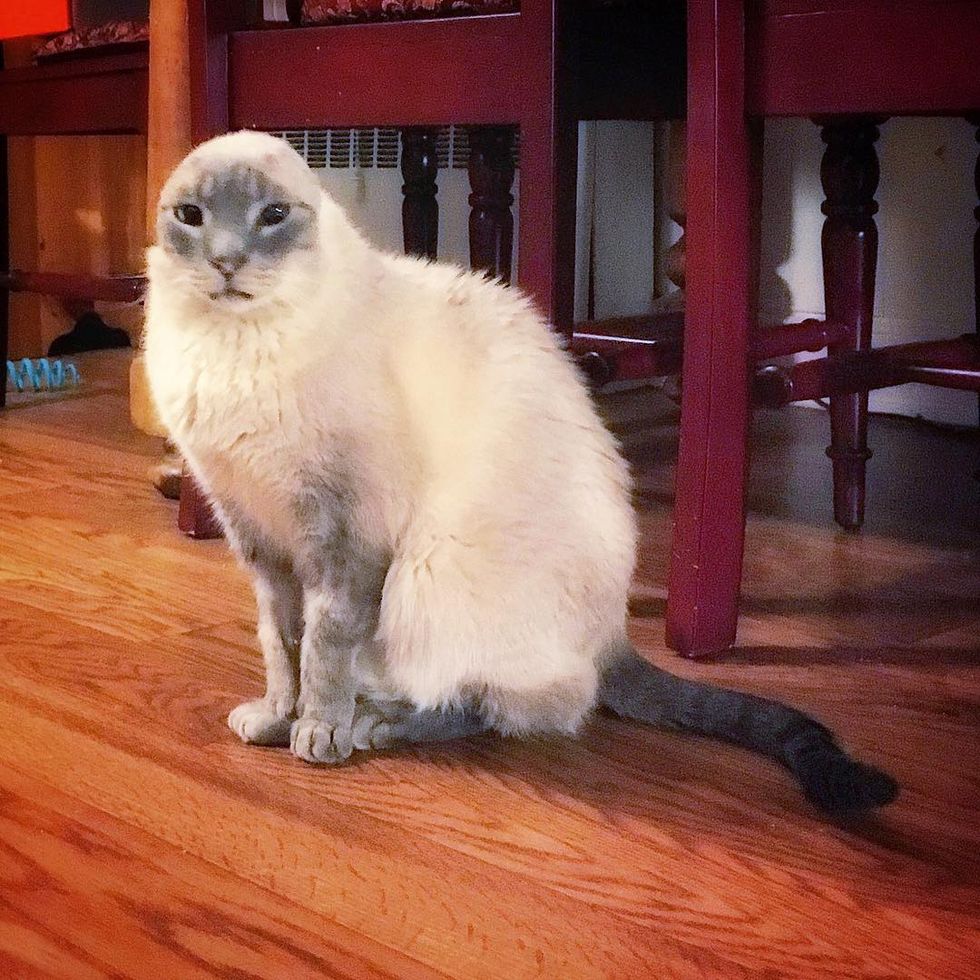 Snuggling next to his best fur buddy for some extra dose of TLC. 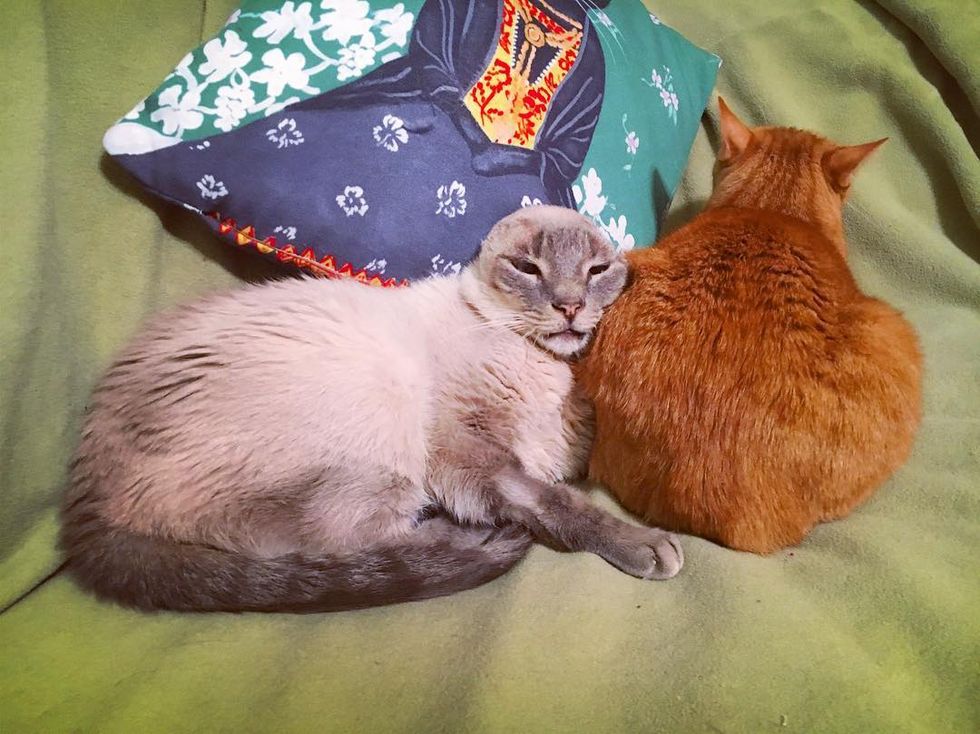 "Special-needs cats and senior cats make the most fabulous companions. Their souls have stories, and so often they're left behind," Jennifer told Love Meow.

"I feel honored to get to spend time with him, and grateful that he's allowed us to take care of him." 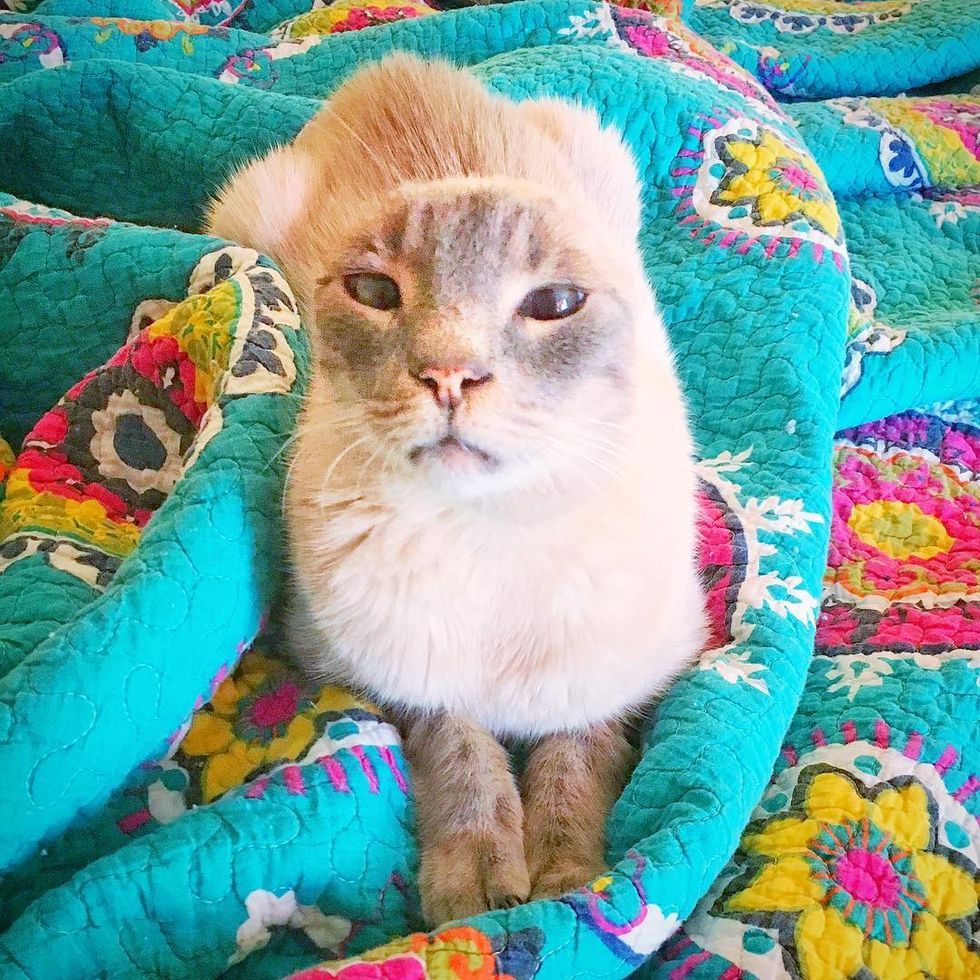 "You hear the phrase 'adopt don't shop' a lot, and the reason for that is that there are dozens and dozens of amazing, affectionate animals in shelters waiting to fill your heart with joy.

"And if your cat has special needs, the bond is even stronger. It's extraordinary!" 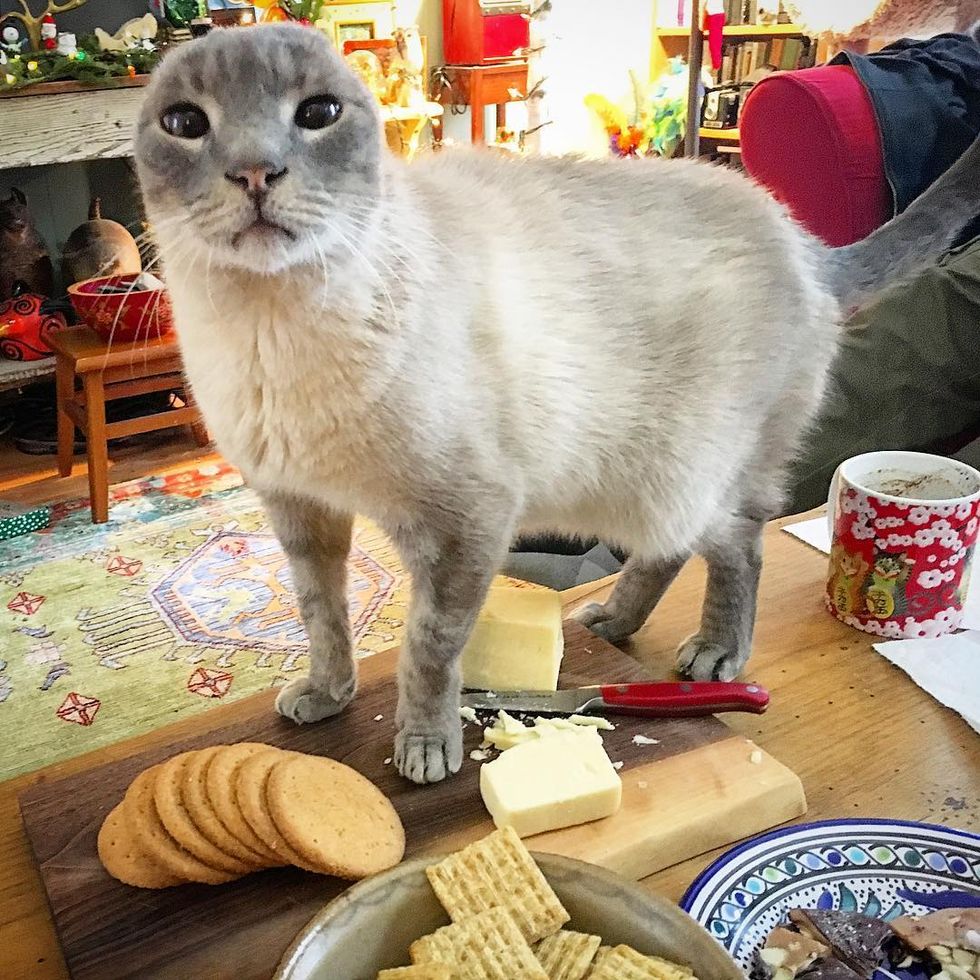 Related story: Woman Takes a Chance on Earless Senior Cat While Others Pass Him By, A Day After Adoption...