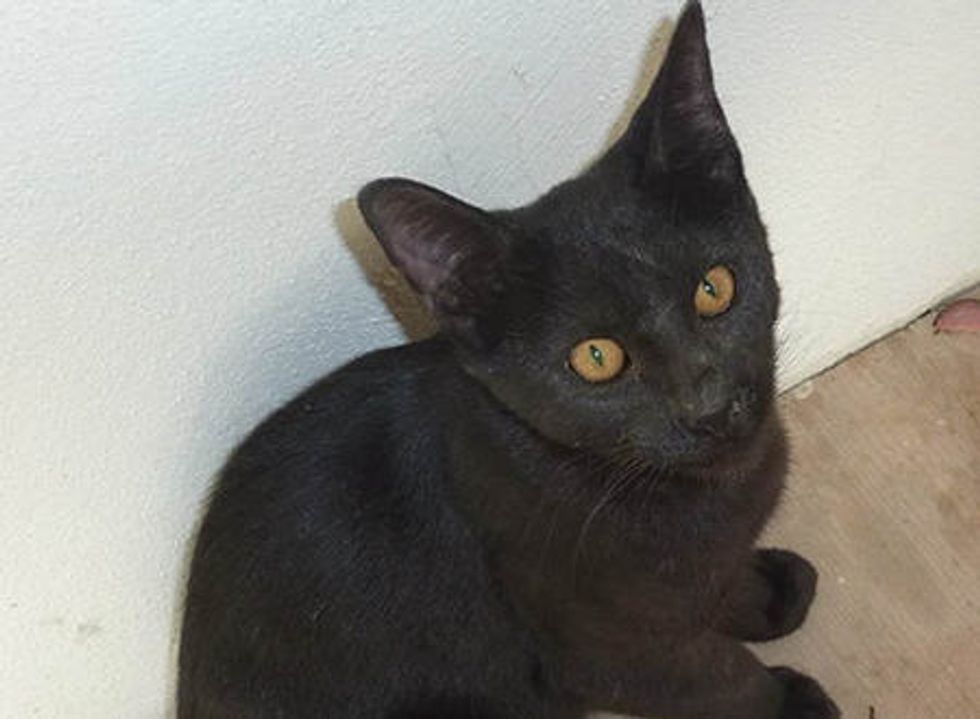 A soldier who has previously adopted an abandoned cat from Cyprus is on a journey to bring another cat to his home in the UK.

"Those who have met me will know I'm a bit of a softy when it comes to animals. Having just recently lost my dog after 15 years I was devastated, made worse by the fact that I was away.

Four years ago, whilst stationed in Cyprus, I found an abandoned feral kitten that I had no luck re-homing so I ended up taking her myself. At the time I remember being worried that my dog wouldn't accept the kitten and I was pleasantly surprised when they seemed to get on. Bizarrely my dog did chase her on a daily basis but they were good friends. Now that my dog has gone my cat does look for him daily which is very sad," wrote Alan, a British soldier (via Nowzad).

"4 weeks ago another cat took up residence near the cookhouse and I named him ‘Howard'. My old unit, 'The Green Howard's’, is disbanding this month after 325 years, so Howard seemed appropriate at the time.

Howard is a young playful black cat who, like all the other cats here, is only trying to survive. Afghanistan can be quite a harsh place to live if you’re a human let alone an animal, rumors were circulating that another cull was planned in the near future and although I can't save them all, I want to try and give Howard a chance," Alan added.

Alan reached out to Nowzad, a non profit animal rescue group that works to save stray cats and dogs in Afghanistan. "Without the exceptional support of charity organisations like Nowzad cats like Howard wouldn't stand a chance. Funded solely through donations, what they do is absolutely fantastic and can at times be dangerous given the security implications here."

"I would like to give Howard a new home and hopefully fly him back to the UK with all the necessary checks," he said. "I return home after 8 months deployed; my experience in Afghanistan has been quite sad at times and although work wise I have found it rewarding, bringing Howard home would be a wish come true."

Howard will be the second cat that Alan adopted from his overseas deployment.

Meet Howard who has stolen the heart of a British soldier, Alan, while he is deployed overseas

Alan adopted and took home a rescue cat when he was stationed in Cyprus. When he met Howard, he knew he couldn't leave him in Afghanistan.

Howard will be the second cat Alan takes home from his overseas deployment. "My experience in Afghanistan has been quite sad at times and although work wise I have found it rewarding, bringing Howard home would be a wish come true," Alan said.

You can help bring Howard home to his soldier through their fundraising page. Check out Nowzad and their Facebook to see more rescues that also need our help.