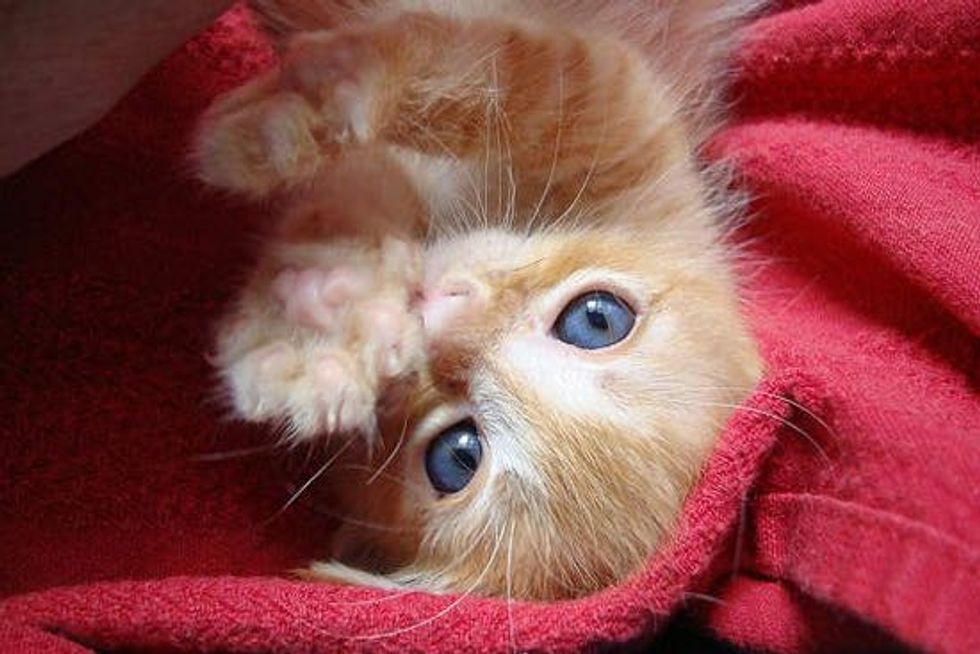 Stompers the Ginger and His Foster Journey

Stompers the kitty was found in a rough shape. "All you have to do to get him to purr is to barely touch him. He loves to be held and petted," said Robyn A, volunteer from Challenger’s House in Alabama. Today he's come a long way.

Stompers was named because of his determined walk. "(He) came to us on June 5th! A neighbor who lives a few doors down brought him to us; her teenage daughter had rescued him from a dog. I estimated him to be about 4 weeks old. He was in somewhat rough shape at first, but plumped up nicely after a few days," said Robyn.

With love and TLC, he plumped up nicely after a few days

Exploring around after eating

"All you have to do to get him to purr is to barely touch him. He loves to be held and petted."

All grown up now, Stompers living happily at his forever loving home

Stompers was rescued by Challenger’s House in Toney, Alabama. You can see more at Robyn’s blog Love and Hisses.