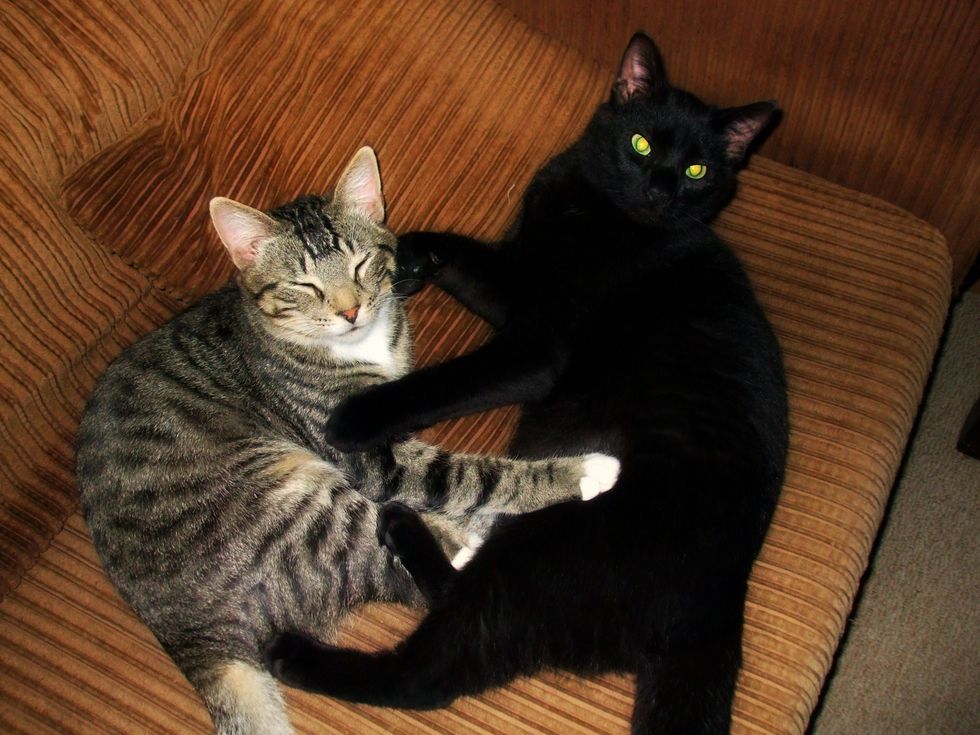 Story of a Friendship That Will Touch Your Heart

My baby Momo (tabby) was so shy, but playful when I got him. The older cats didn't want to play with him. Then one day my neighbour's cat, Swiper, escaped and my husband brought him to our house since the neighbours weren't home at the time. Swiper and Momo tore up the house! They practically climbed the walls, constantly chasing each other, rolling around playfighting, tossing toys about.

When we brought Swiper back to his home, we were told he was sad and always meowing. He never behaved like that before. He would quickly slip out the door and come sit on my front steps, meowing for his best buddy Momo. We brought him back each time. One day when the neighbour's were out, we saw him in the upstairs, open window and he was practically HOWLING! He was crying so loud, and he went on and on.

After that when he escaped, we let him in for a bit at a time before giving him back, so he could play with Momo. They were both so full of life and HAPPY! Becky my neighbour, said I could keep him. But I had 4 cats already so I tried to not love him...not possible! I still kept bringing him back.

Eventually Becky stopped trying to keep him in, all he wanted to do was come to my house. I finally relented and kept him as my own. Best decision ever! Momo and Swiper are INSEPARABLE. They are so adorable when they play and groom each other. I am so happy to have them!