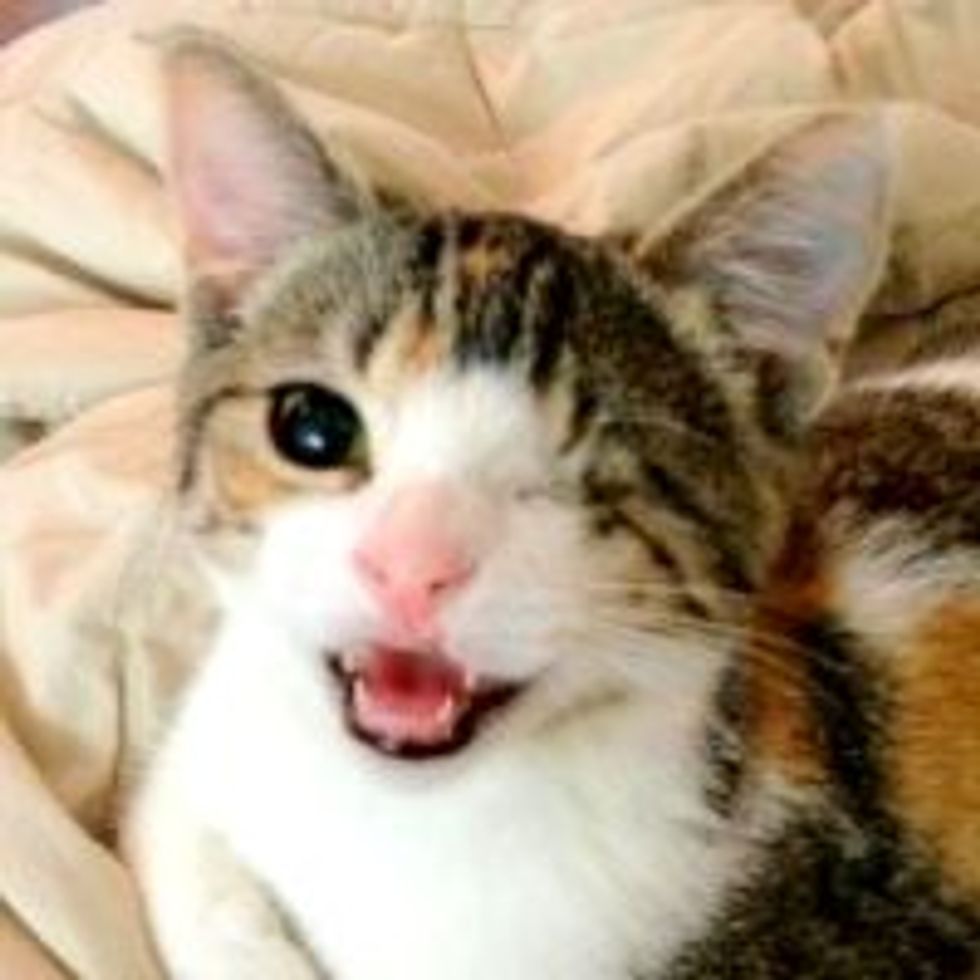 Meet Elle! She has a cleft palate and one eye, but she is full of joy and love.

Elle (formerly Tortellini) has come a long way. Her story began with being found by the animal control. "She had one of the worst eye infections I've ever seen," said City Kitties, rescue group located in Philadelphia, Pennsylvania. They took her in right away and started getting her back to health. The transformation after the surgery was incredible. She felt much better and looked much healthier. But her eye was not the only problem that they were concerned about.

"Her initial assessment at animal control indicated that she may have problems other than her eye (potentially a cleft palate)," City Kitties wrote on their Facebook page. It turned out that Elle does have a cleft palate, but it doesn't need to be repaired "since it's not causing her any trouble eating or anything," according to the shelter.

It became gradually harder for her foster mom to let her go. "[She] has fallen in love with her and has decided to officially adopt her." It's not surprising that a failed foster happened with such a loving and charming furry kitty.

Today Elle is happily living with her new friend Zooey the dog. "[She] is having a great time in her forever home! Her mom says she plays with her kitty siblings non-stop," City Kitties reported.

Elle has one eye and a cleft palate, but that just makes her that much cuter.

Elle and her new friend Zooey at her forever home