Stray Cat Finds Help to Save Her Own Babies and Rescues Two Tiny Orphans...

A pregnant stray cat walked up to a young woman meowing for help. Alice Tran, a college student, simply couldn't say no, but little did she know that she was about to embark on a rescue mission for five precious lives. 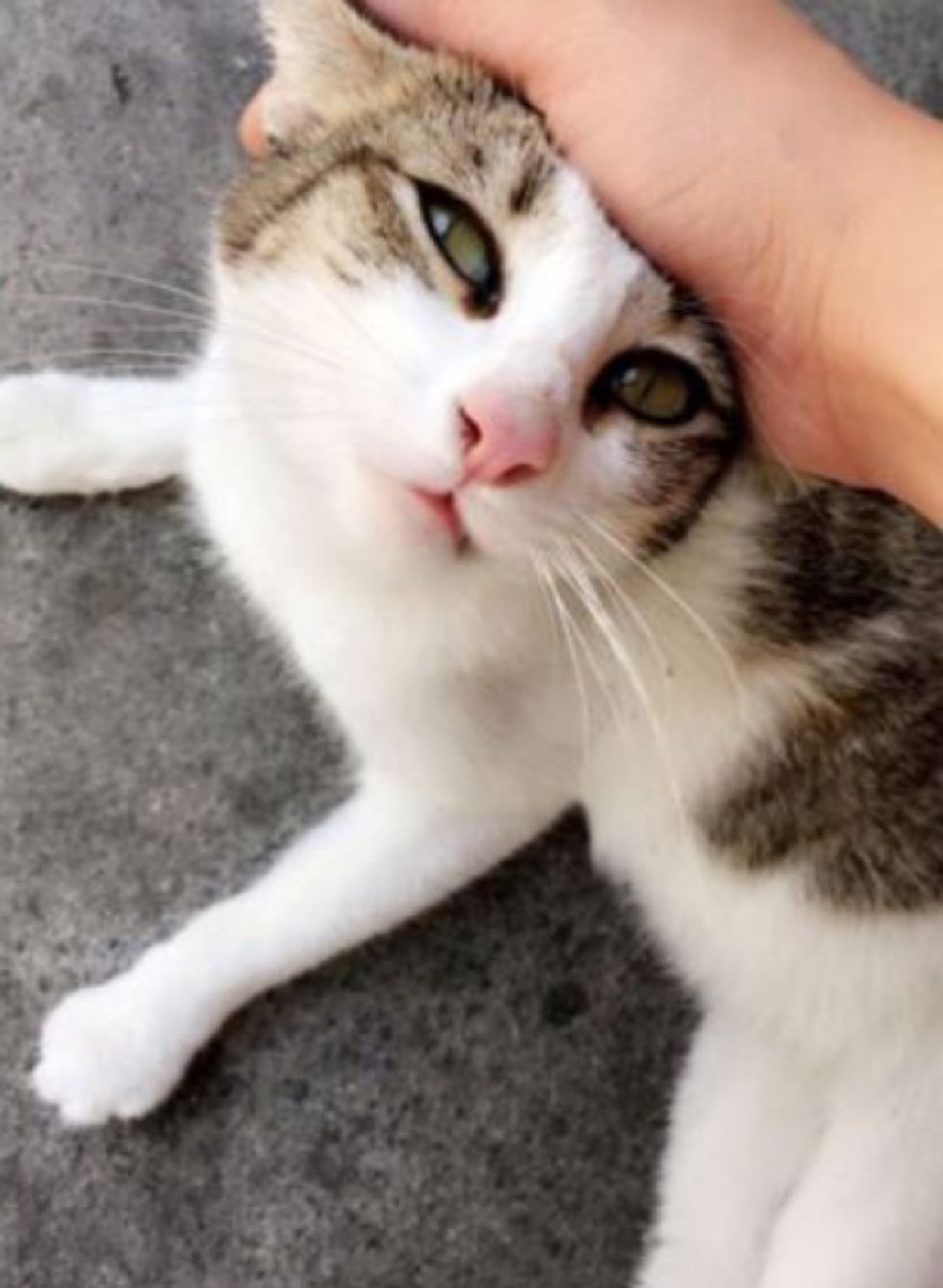 When Athena came to Alice, she was carrying a large belly that looked as if it was about to pop. She sat down on their front porch, and decided that she wasn't going anywhere.

"I was adopted by a pregnant stray cat, whom I call Athena. When I saw her, I knew I had to help her," Alice told Love Meow.

On July 6th, Athena went into labor, but soon they noticed that the expectant mama cat was having a lot of difficulty giving birth. 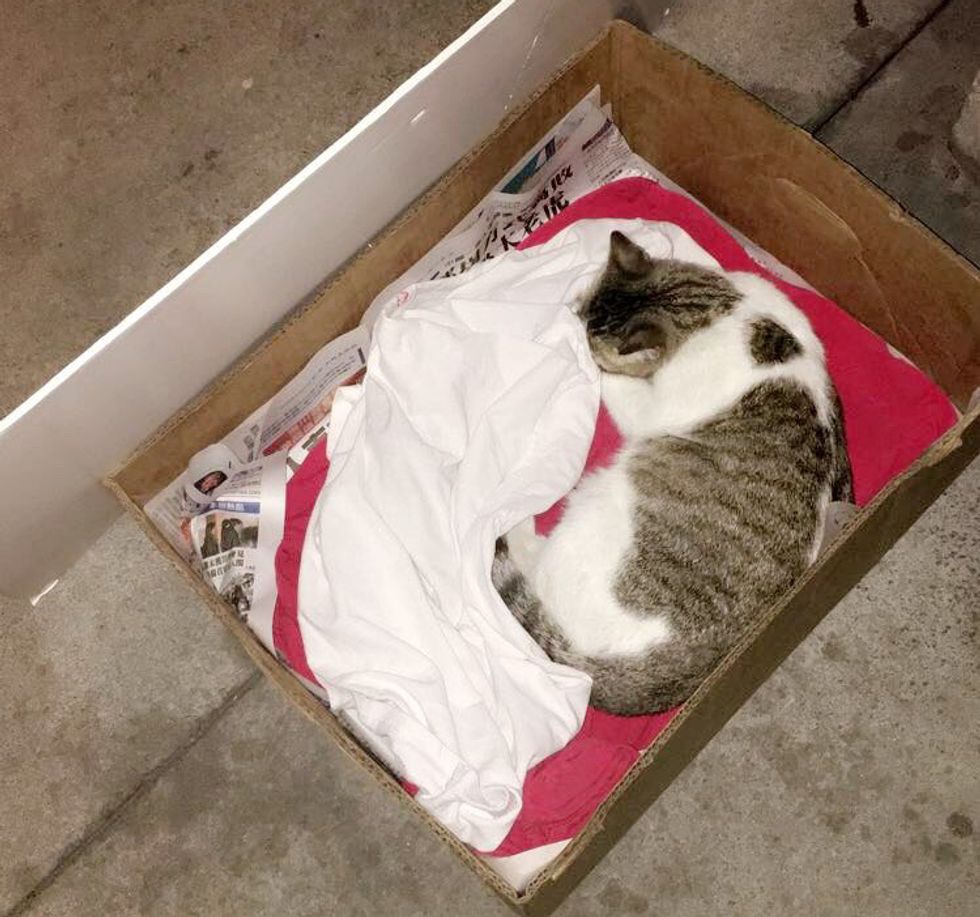 "She was breathing heavily, but things went wrong when she started panting heavily and drooling too much for it to be normal. She looked like she was in extreme pain. I refused to let Athena suffer," she said.

Alice immediately took Athena to the closest vet to get help. 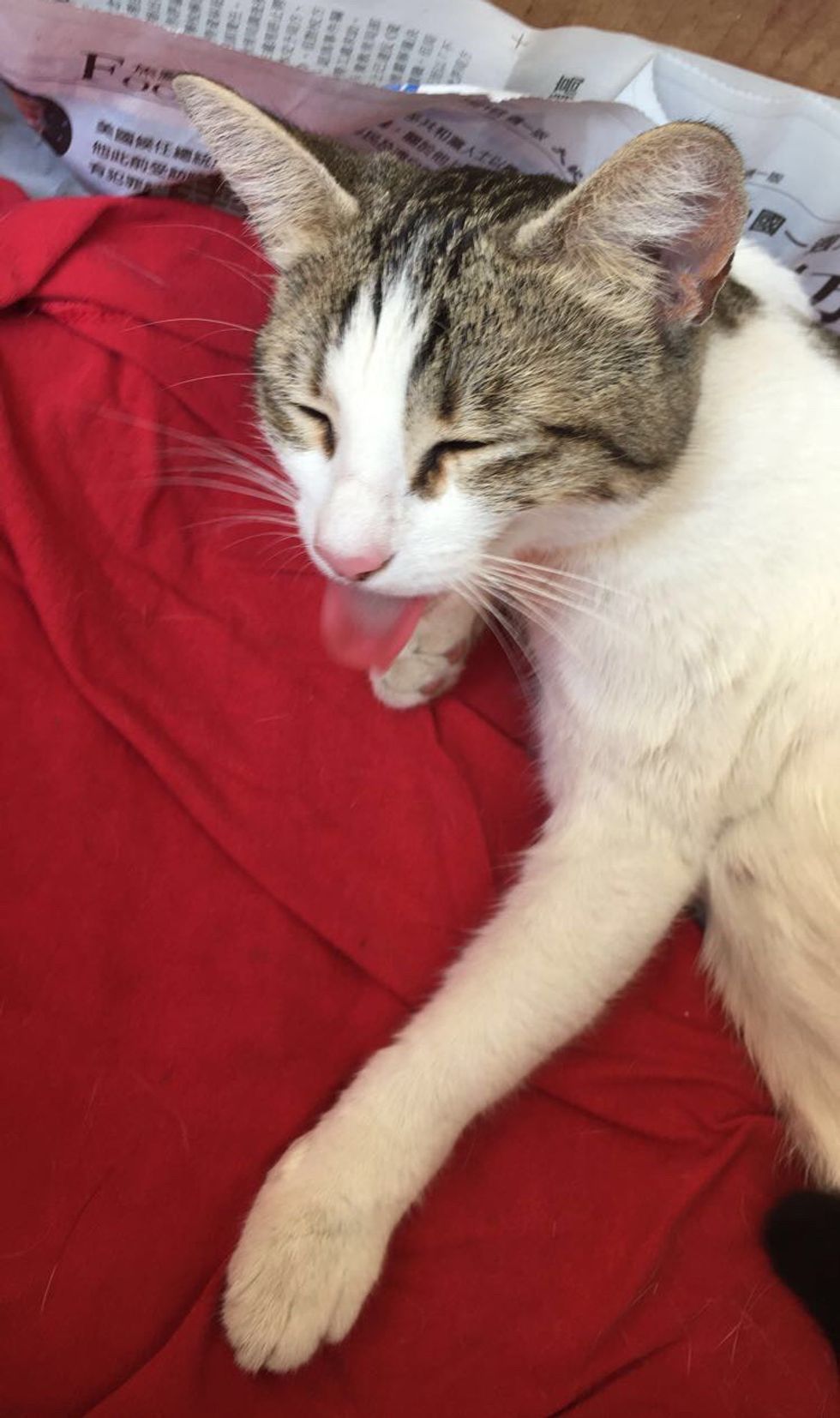 "Athena was put into an oxygen tank, had blood work done, and two x-rays taken of her three kittens," Alice told Love Meow.

The brave cat had to undergo an emergency C-section to save her and her kittens' lives. 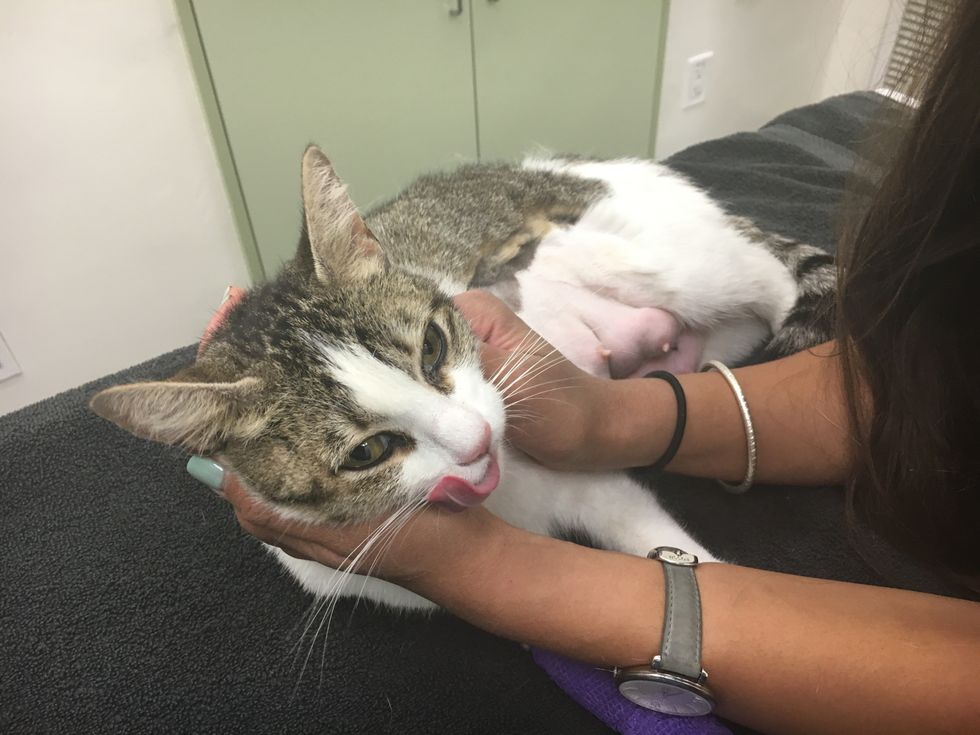 Athena gave birth to three kittens but only two survived.

"I was told that if I hadn't brought them in, all four cats would have died on Thursday night." 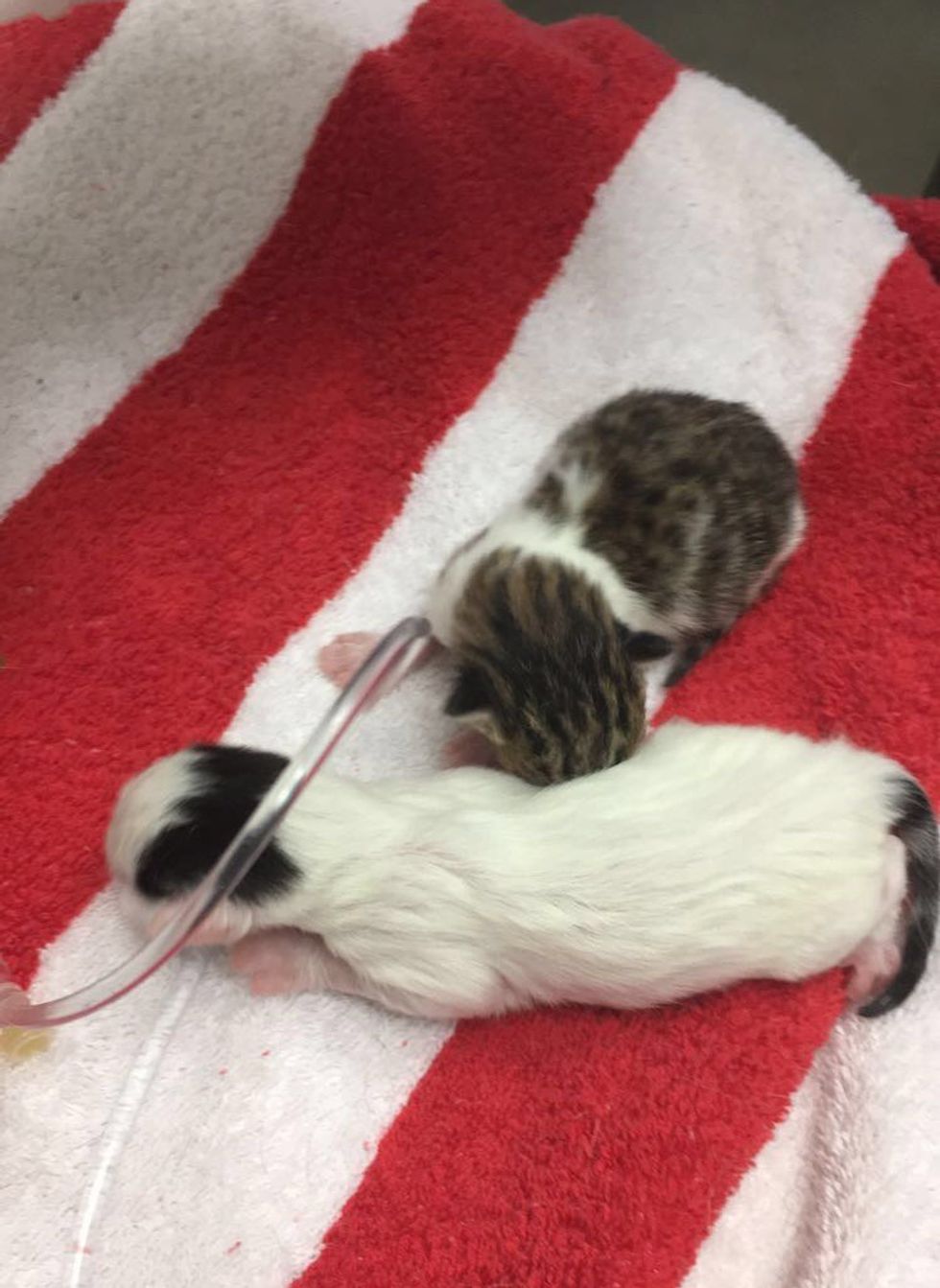 After a long ordeal, the momma was finally on the mend. As soon as she felt better, she took to her babies and started feeding. She devoted all the love to the remaining two kittens. Around the same time, two orphaned kittens came into the clinic in need of a lot of motherly love.

"The grey and black kittens (Charcoal and Ash) are orphans. Since all four kittens are the same age, the nurses and vets decided to give them to Athena to see if she'd take them in, and she did." 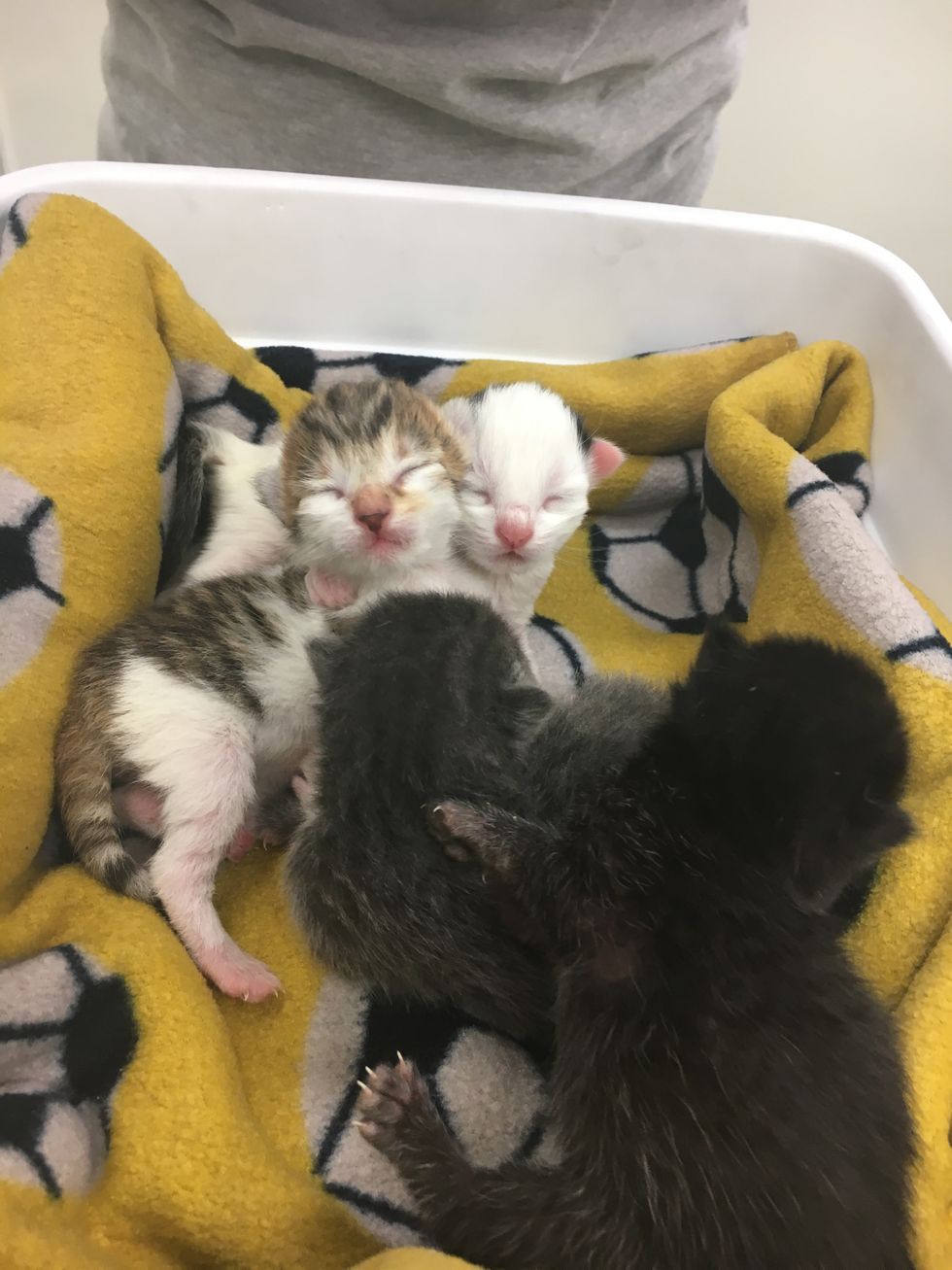 Mama Athena took the orphaned babies into her loving arms and started nursing and caring for them as her own.

"Athena is such a wonderful mother, she's been grooming them and feeding all constantly!" 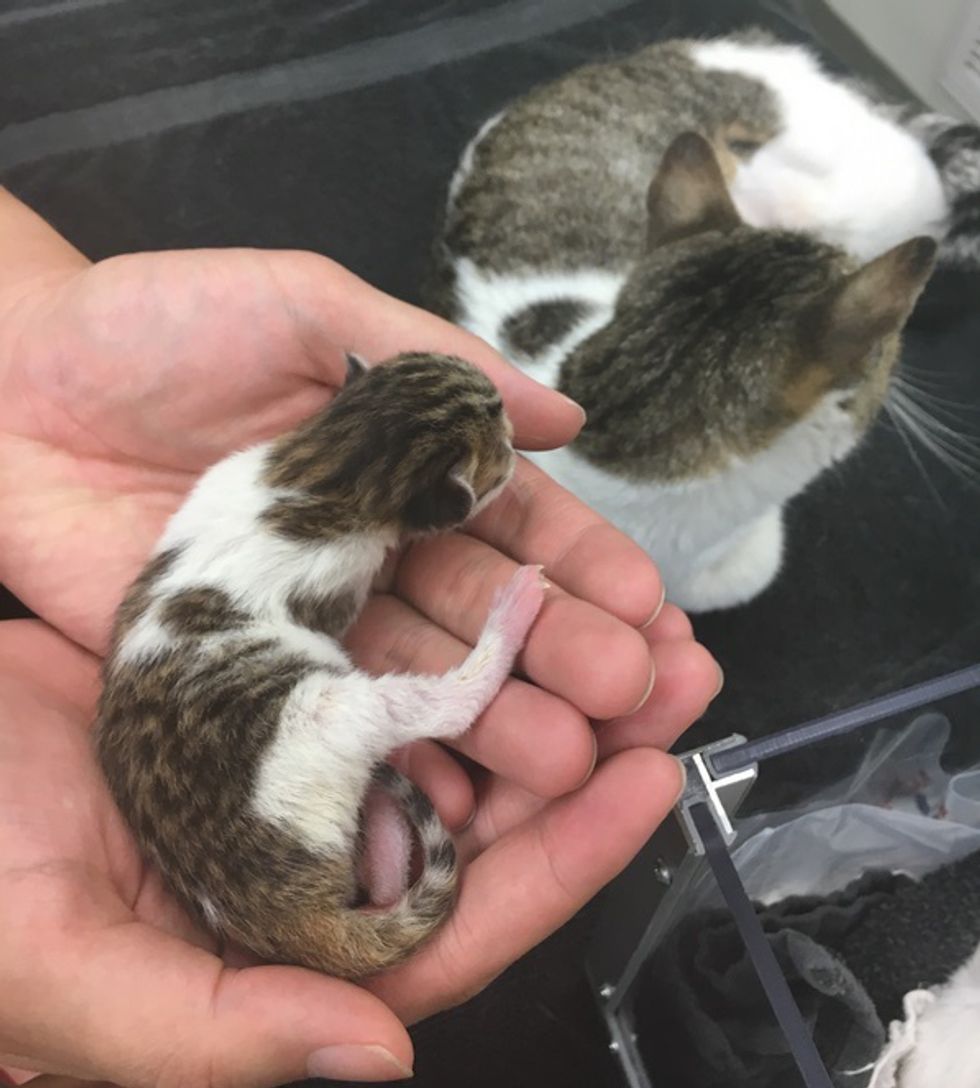 "Myself, the clinic, and many of my friends are continuing to try and find homes for these sweethearts," Alice told Love Meow.

"The clinic is letting the family stay with them free of charge until they are able to be adopted out." 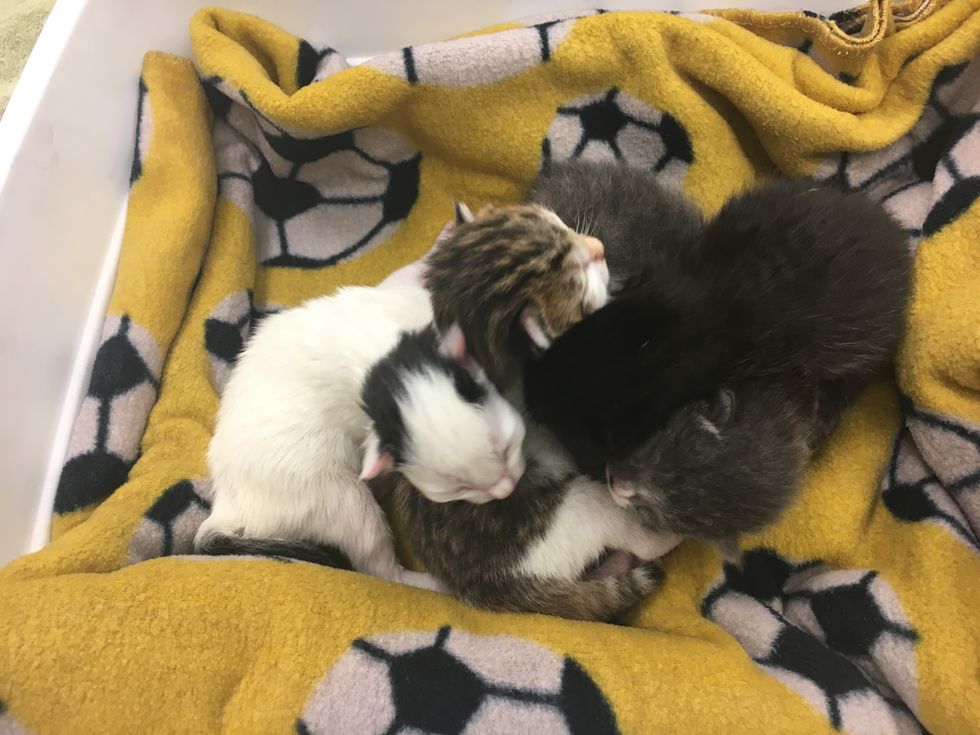 Mama Athena is thriving! She's doting on her precious fur babies every second.

She found a young woman to help her save her own kittens. When she saw two other kittens in need of love, she took them in and loved them all the same.

A mother's love is unconditional. 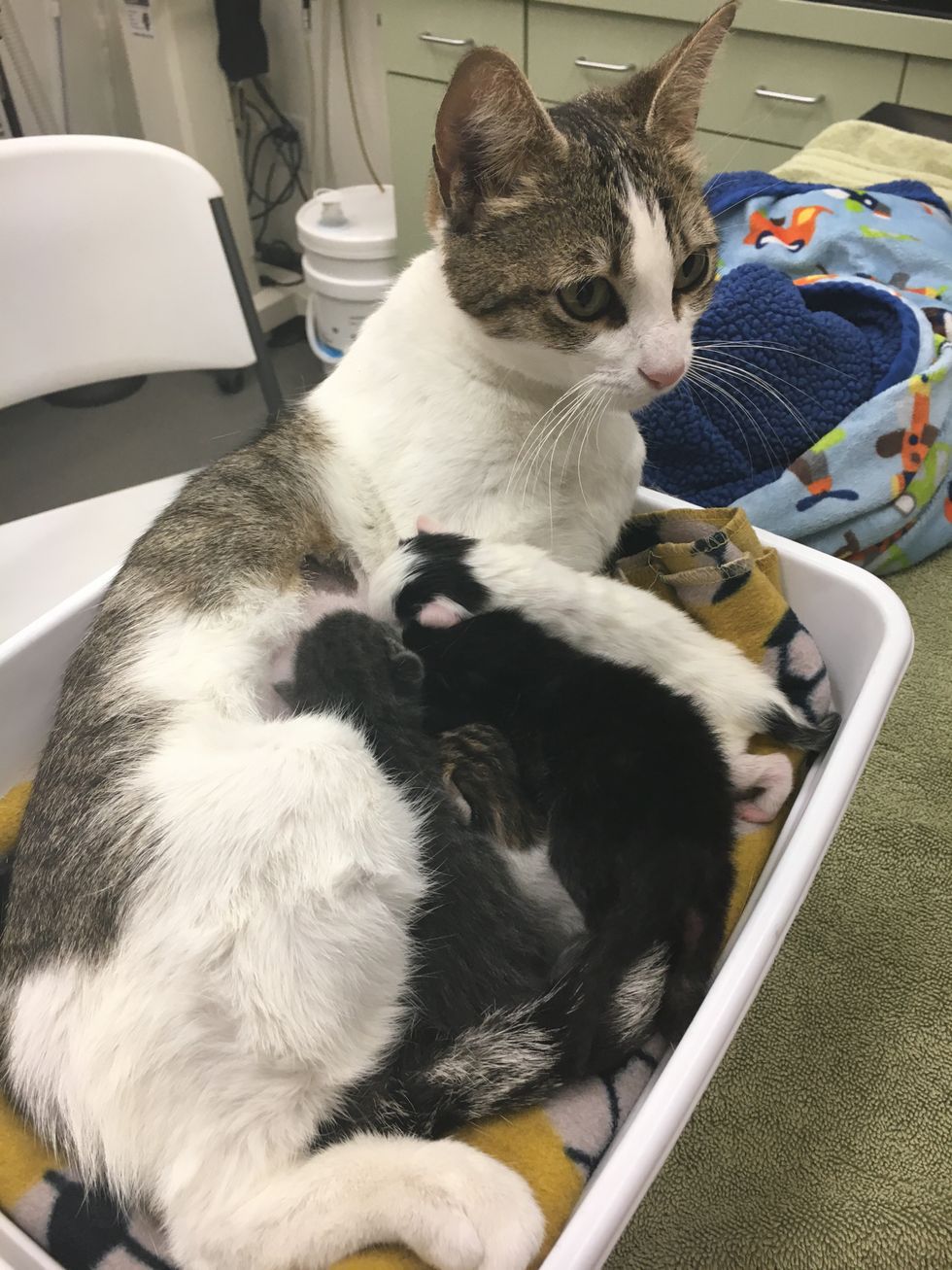