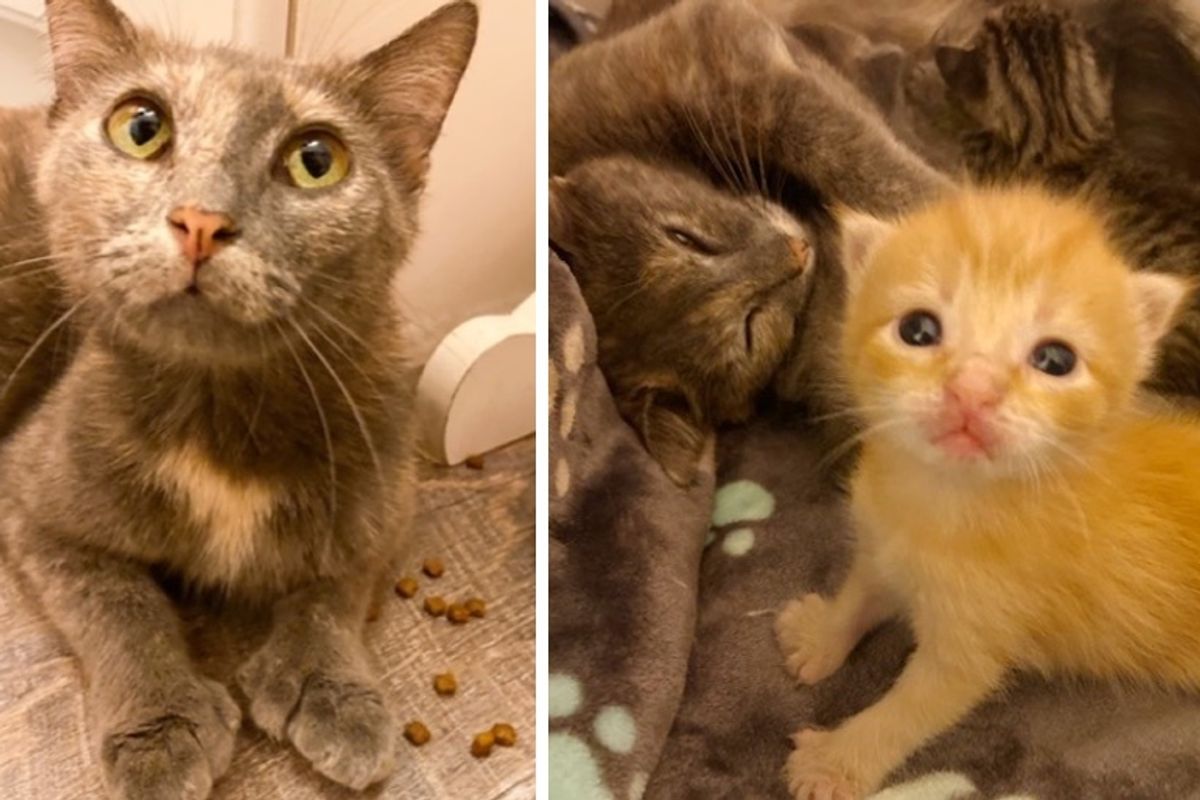 A feline family of five was rescued from life on the street. They are all equipped with extra digits on their paws. 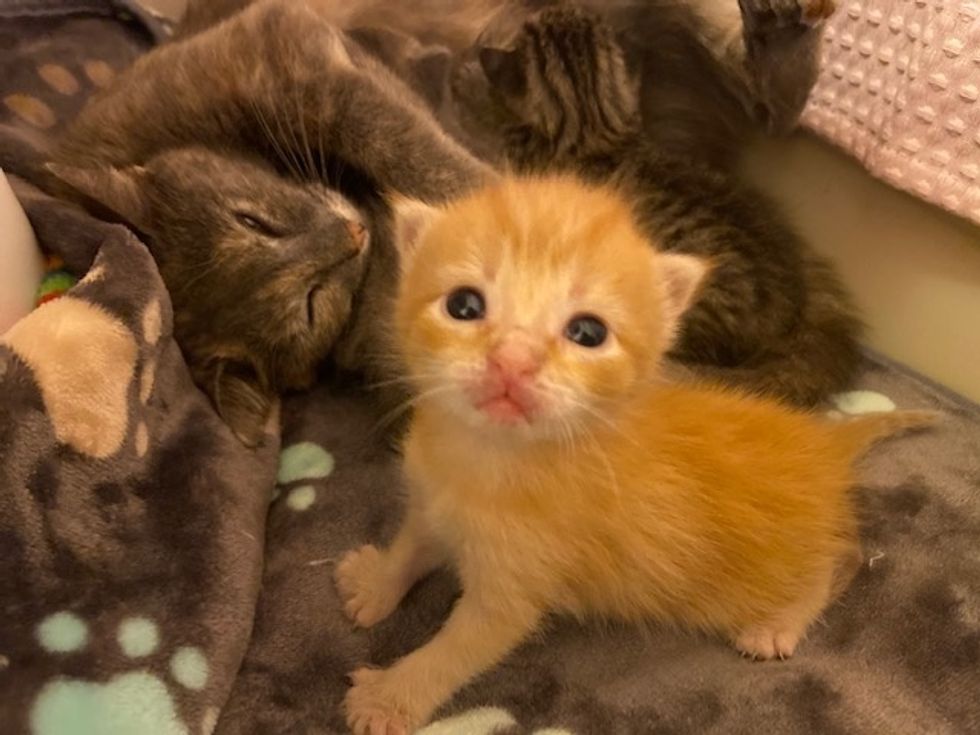 A cat had been seen around a strip mall, near a busy highway for some time. Employees from a shop noticed that she was pregnant, and when they realized she had kittens, they reached out to a local rescue for help.

Dominique A. and Kristen E. of The Runaways Animal Rescue (in Pasco County, Florida), arrived and began scouting out for the whereabouts of the kitties. They rummaged through the bushes, parking lots and every nook and cranny they could find.

"It took three days of searching all over the plaza for the kittens, before they finally found them," Danielle Giroux, founder of The Runaways Animal Rescue, told Love Meow. 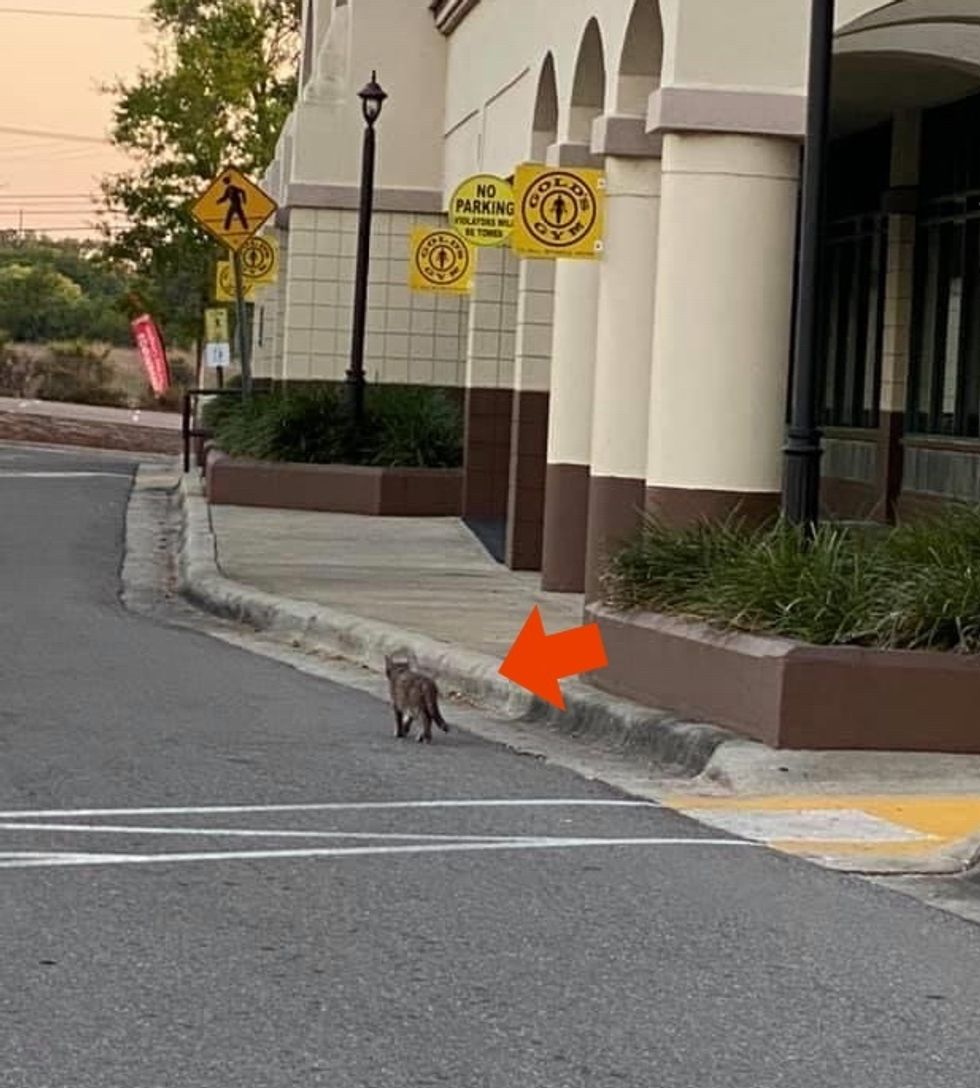 Once they got the litter of four to safety, they headed right back to look for the mom — the plan was to have them reunited in the comfort of a foster home. The cat was smart and successfully eluded the humane traps.

After two hours, they finally caught her with the assistance of the cat's feeder, and a makeshift drop trap. 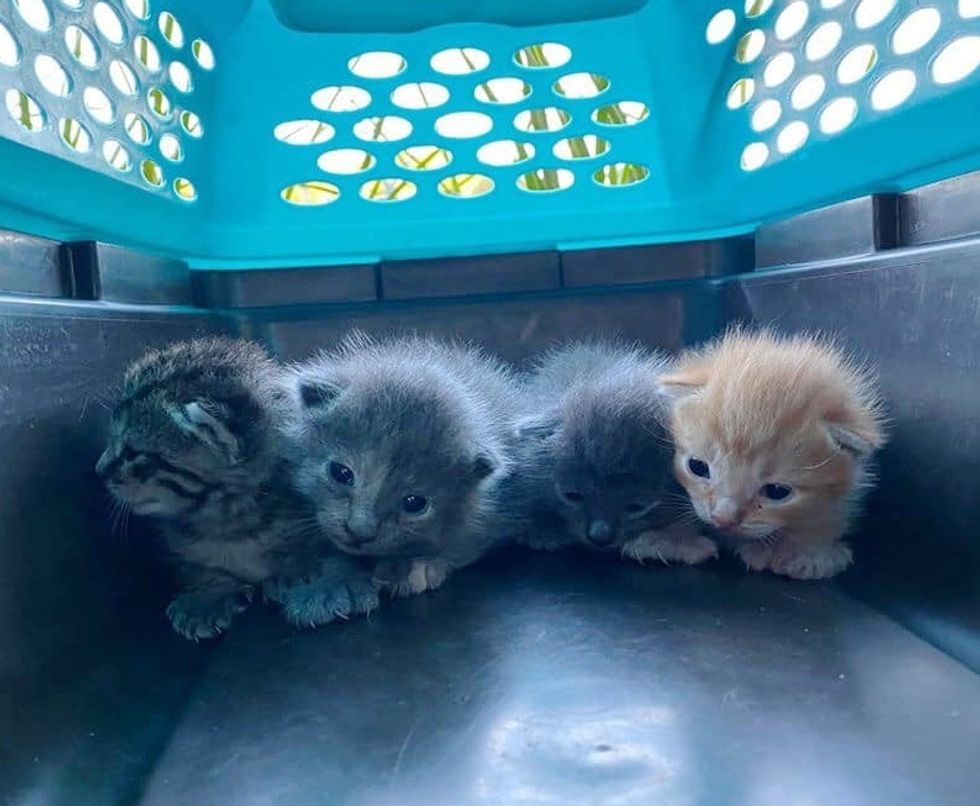 They originally thought the cat was feral, but her demeanor quickly changed after she bid farewell to the alley life.

"She was very scared and nervous at first, but once she got settled in after being reunited with her babies, we realized she was super friendly," Danielle shared with Love Meow. 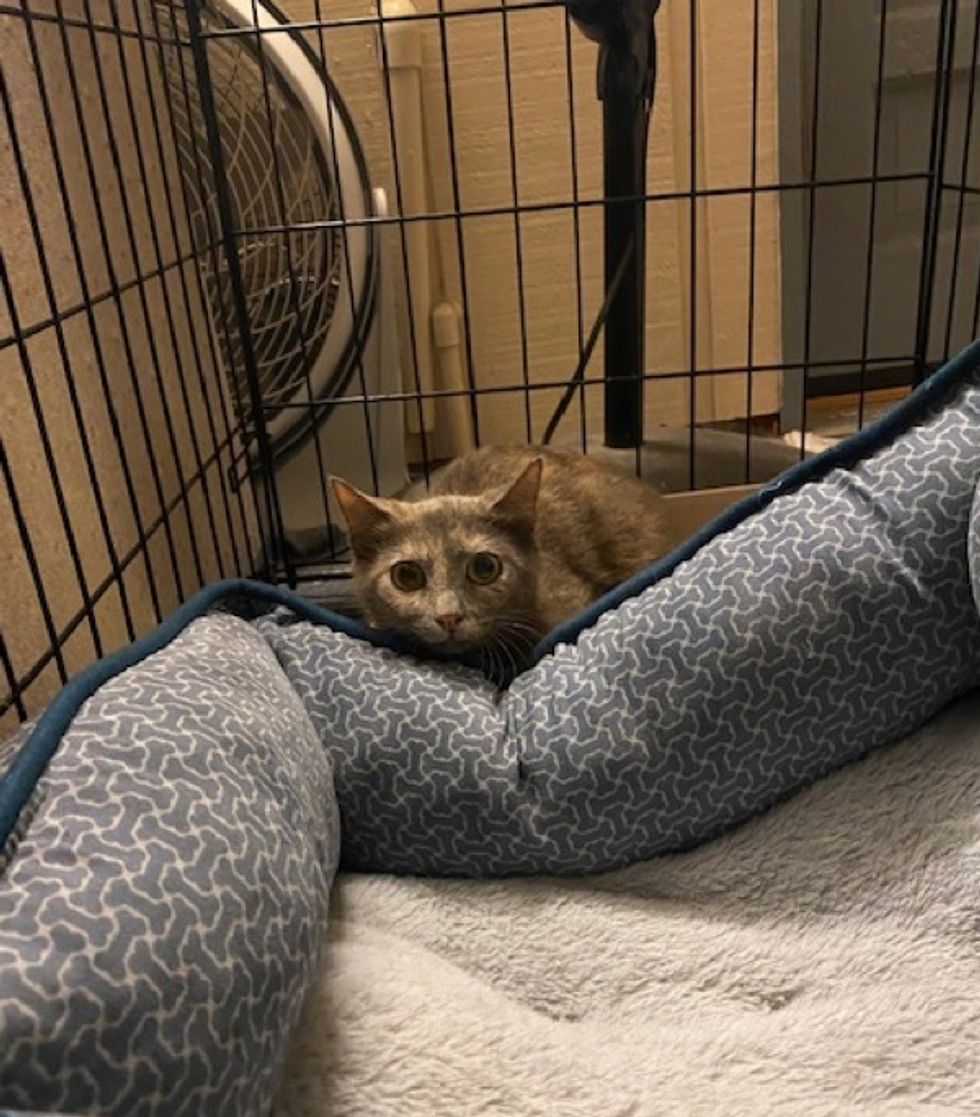 The cat mama came out of the shell when she realized they were safe. She began to relax and even let out her first purr in front of Danielle.

Watch this adorable feline family in this video:

The fear in her eyes vanished and she started slow-blinking at her human friend while she lay down on her side to feed her hungry little kittens. 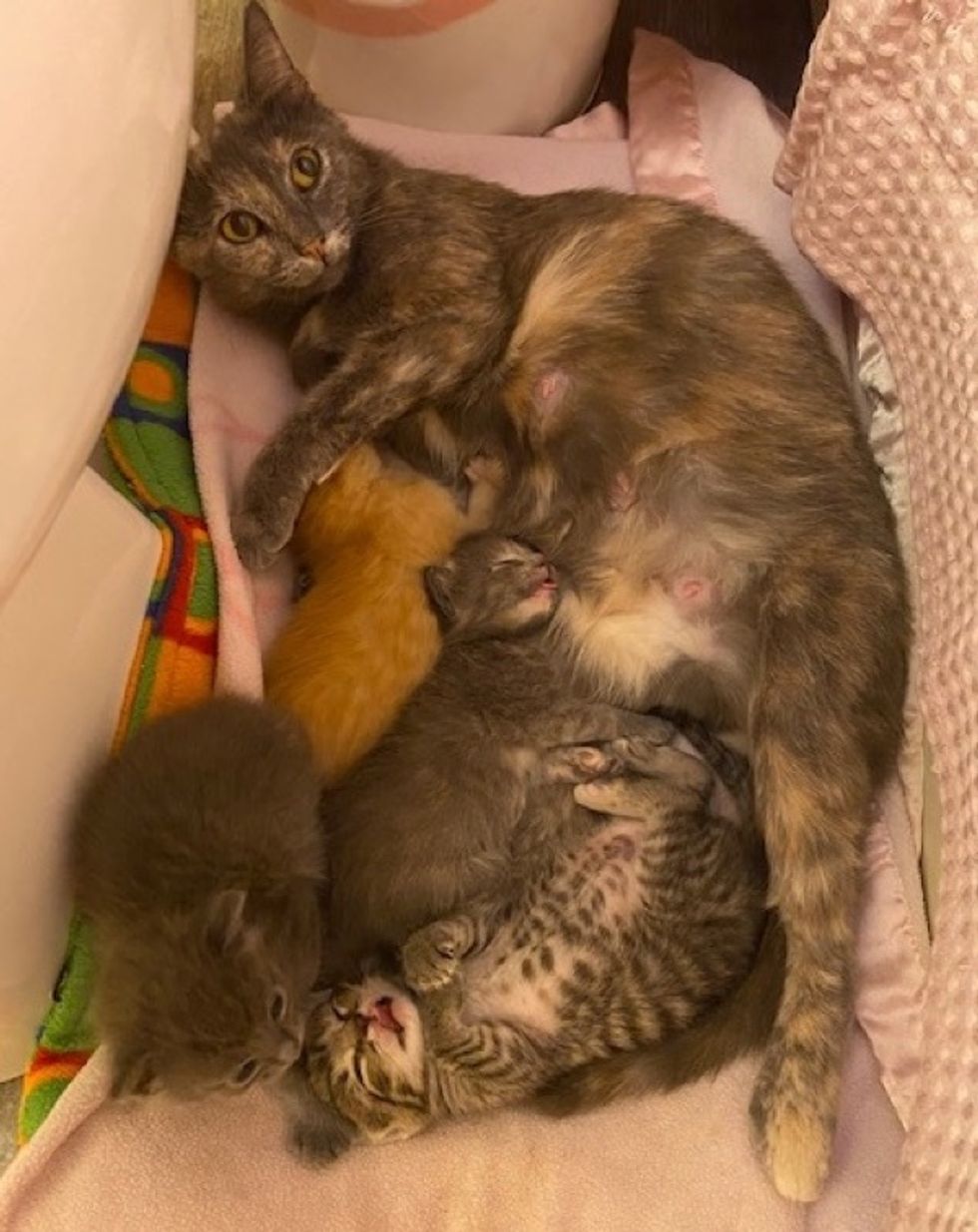 "She takes great care of the kittens, and trusted me almost immediately. I think she was glad to finally be safe," Danielle told Love Meow.

To their surprise, all four kittens have inherited some adorable features from their mom — opposable thumbs and extra toes. 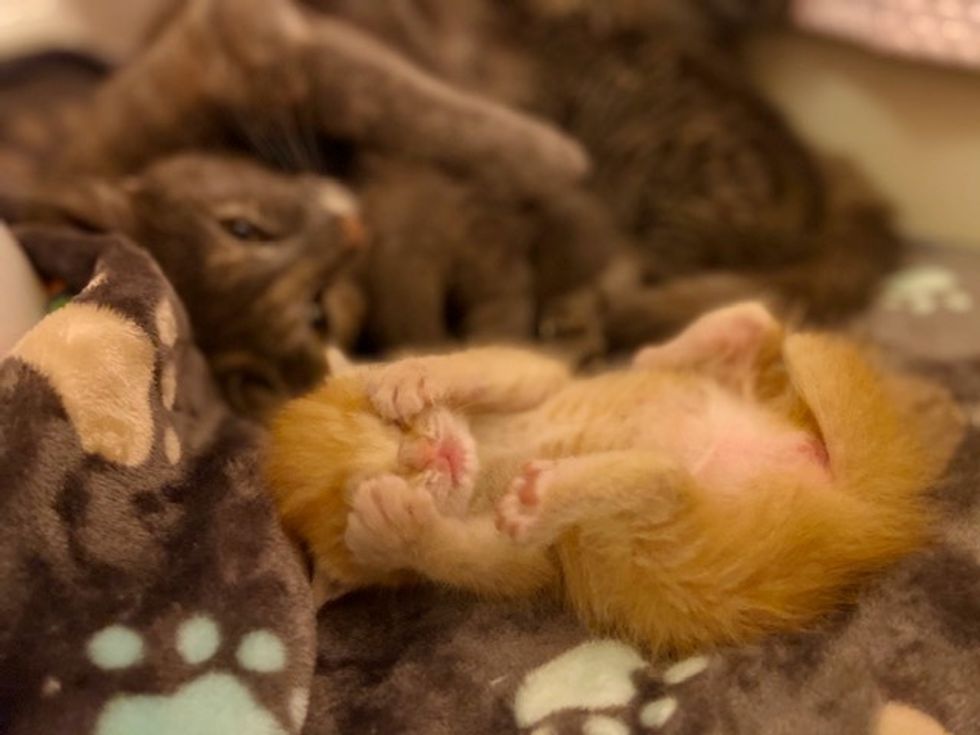 "They are all polydactyls and have extra toes on all four paws," Danielle said.

"When we realized they were all girls, I knew the best names for them would be after the Runaways Band, our rescue's namesake — mama Joan Jett, Cherie Currie (orange tabby), Lita Ford (dilute tortie), Sandy West (brown tabby), and Jackie Fox (solid grey beauty)." 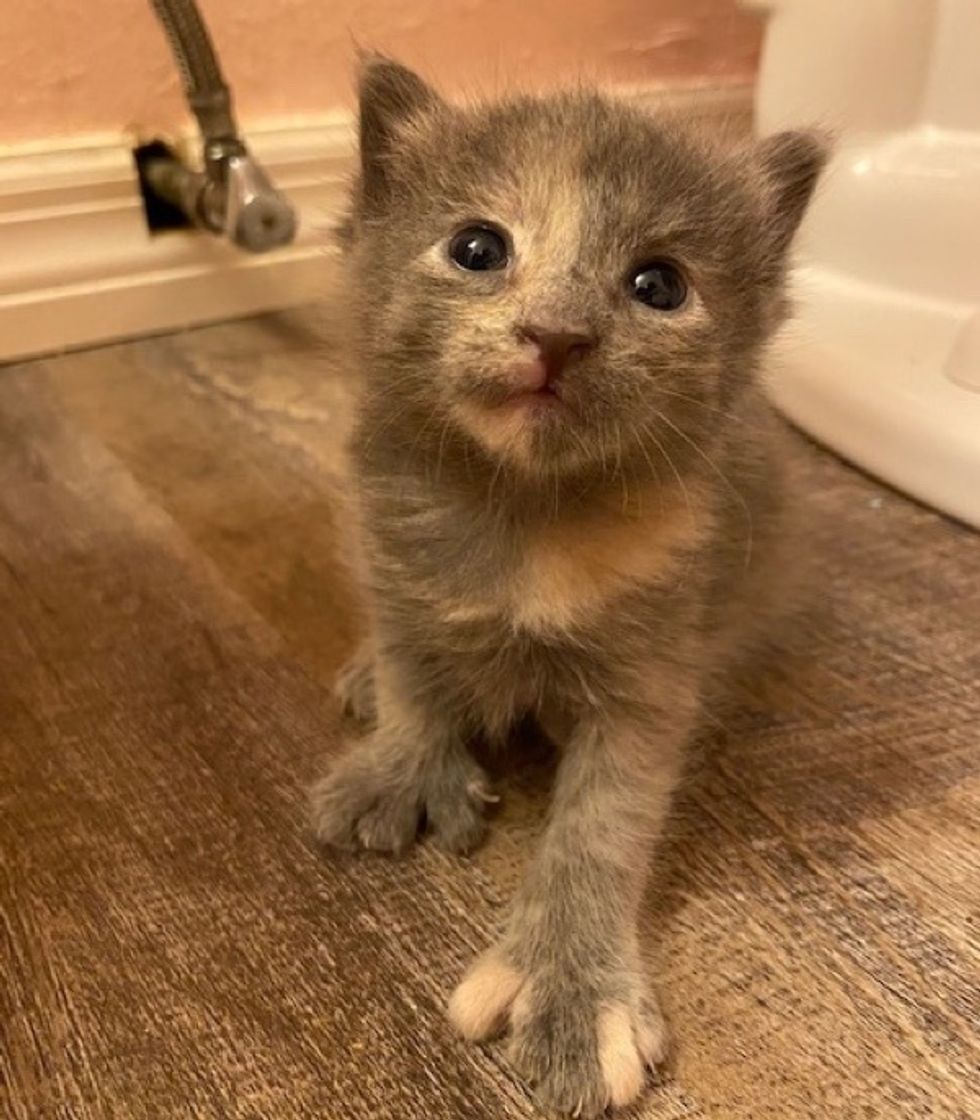 Joan is a doting cat mom and tends to her kittens' every need. She's very sweet to her foster family and eager for pets and snuggles.

"As soon as I walk in the room, she will rub her body all over my legs and purrs. She also chirps all the time, and is just so happy," Danielle told Love Meow. 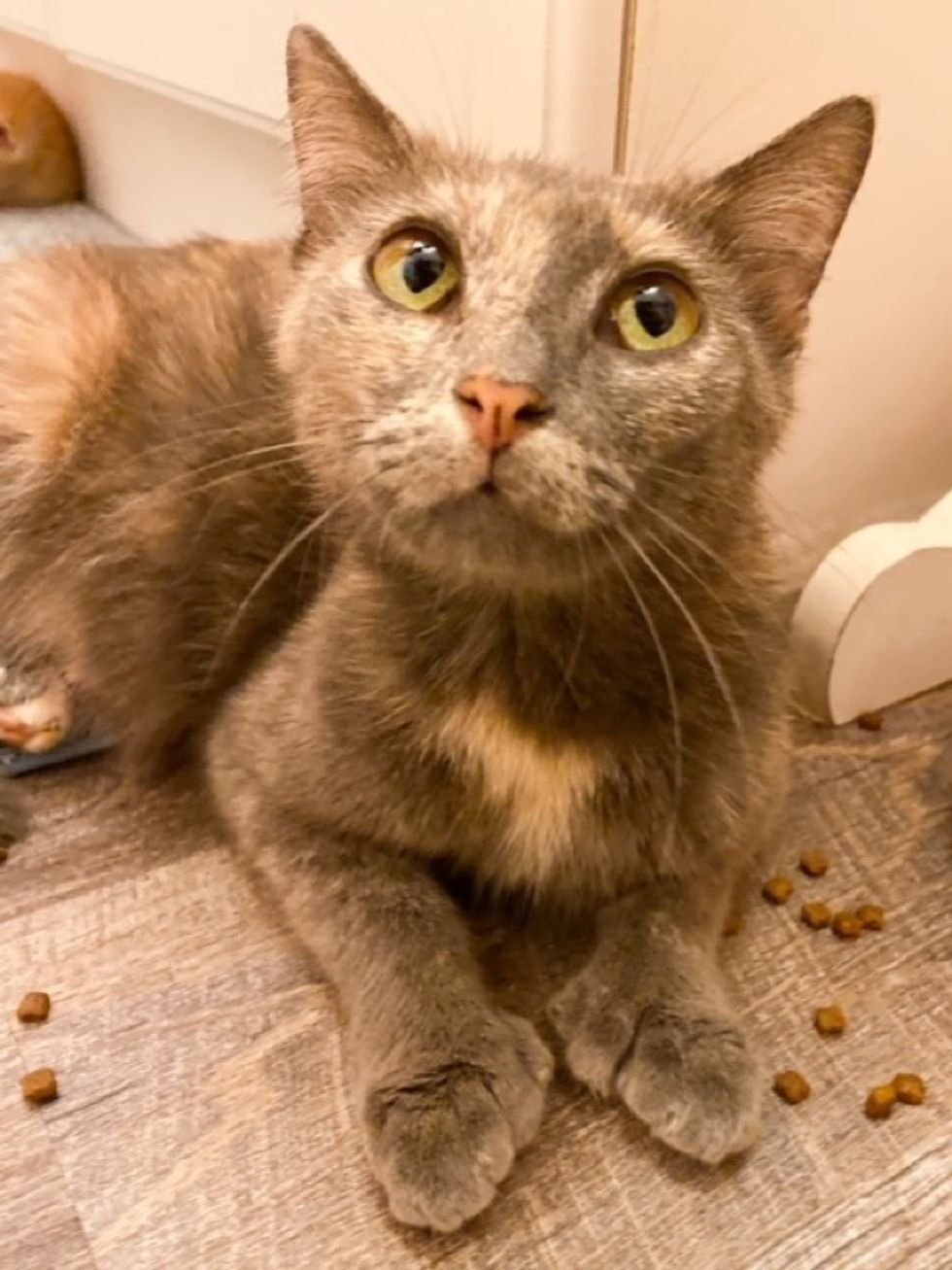 In just three weeks, the kittens have grown by leaps and bounds, and their personalities are shining through. When they are big enough for adoption, they will be spayed and neutered.

Mama Joan will finally retire from motherhood and find a place of her very own. 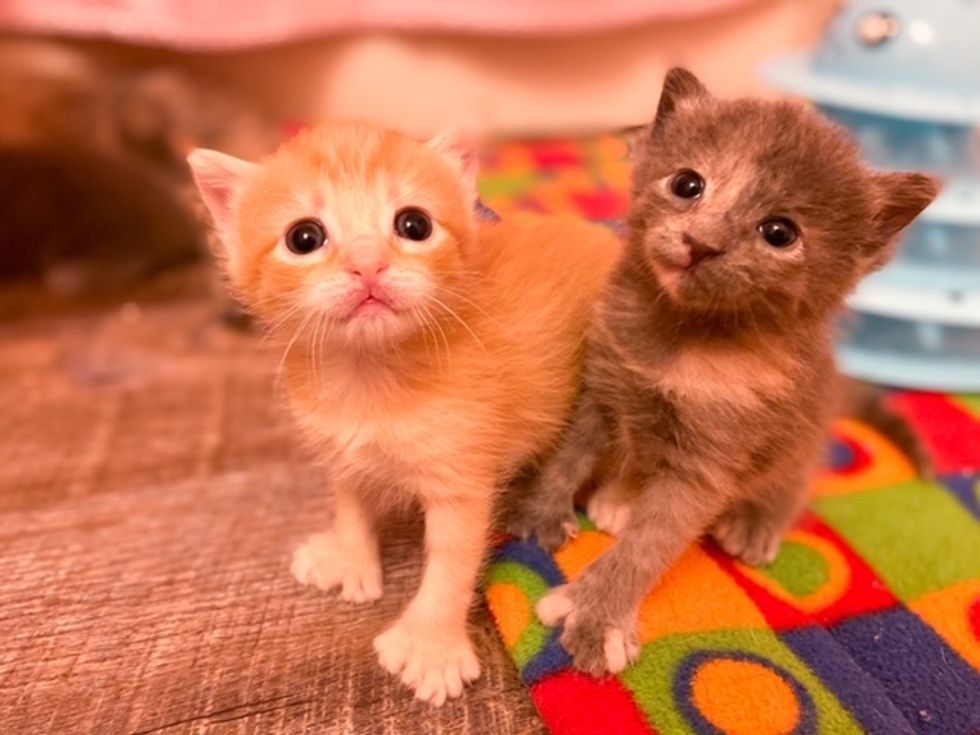 "This whole family is such a joy. I'm so glad that mom will no longer have to live outside in a parking lot. I can't wait till they are all ready to find their forever homes." 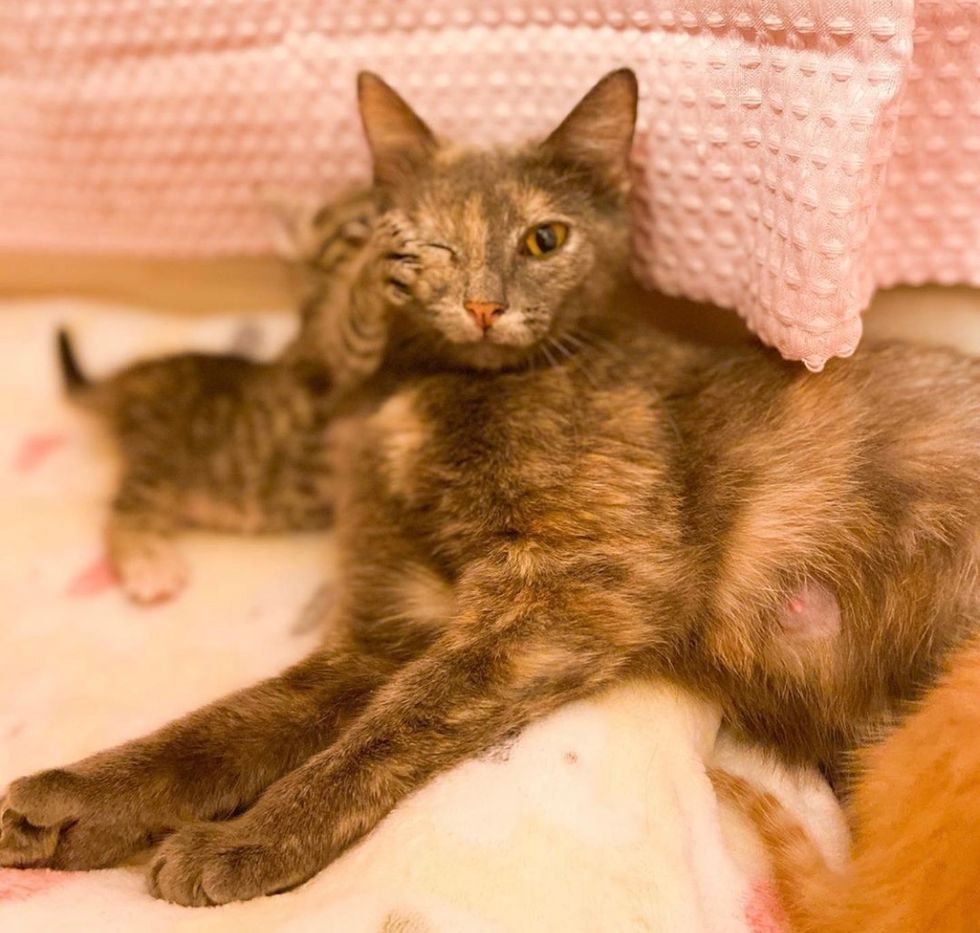