Two bonded stray cats showed up outside an apartment. They asked to be let in so they could have their kittens. 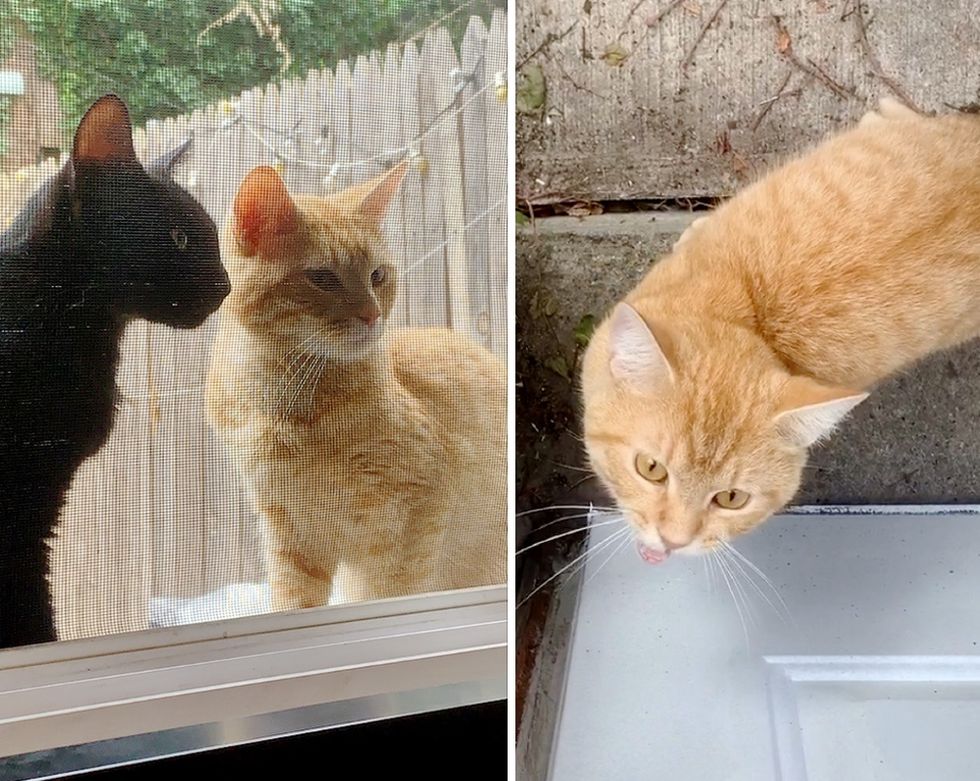 A month ago, Gianna Llewellyn and her roommates (Christie and Rob) moved into their new apartment in Brooklyn, New York. Little did they know that they would soon be greeted by a pair of bonded cats.

"A friendly (10-month-old) orange kitten and black kitten were wandering around in the backyard," Gianna told Love Meow. "They were curious about newcomers and quickly became friends after we gave them some leftover salmon from dinner."

The two feline friends (lovingly named Miso and Suki) were joined at the hip, and even walked in unison together. "They would perch on the windowsill while Miso (orange cat) groomed Suki (black cat). They were always in eyesight of each other." 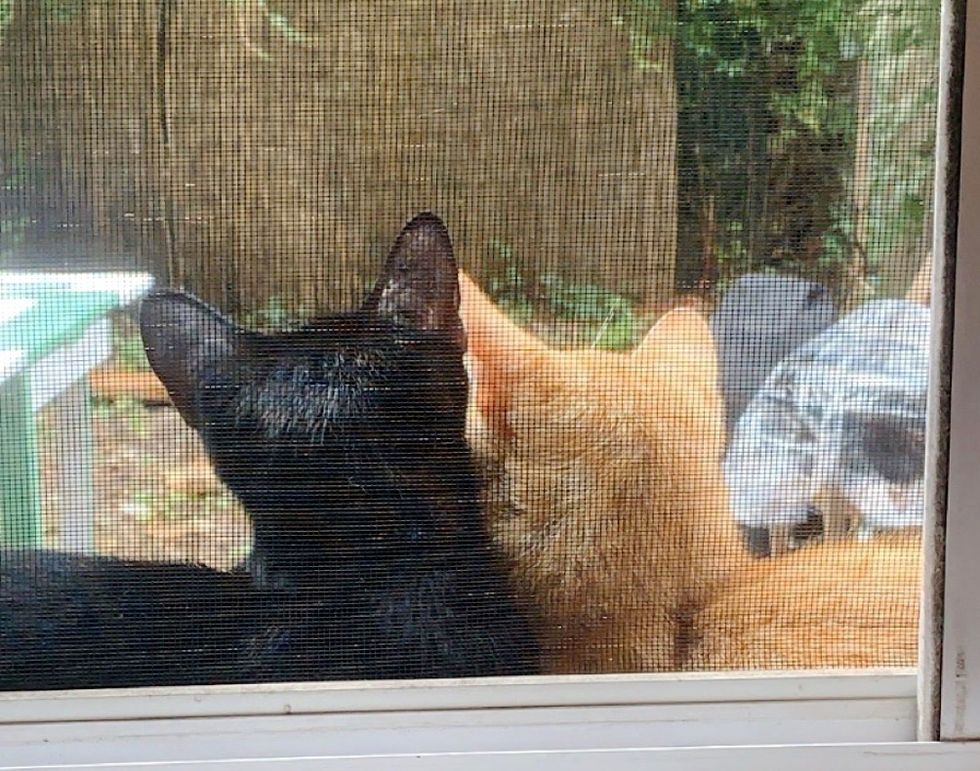 For the first couple of days, the two love birds would show up in the morning and evening, meowing for food. Once they were accustomed to receiving meal service from their newly acquainted humans, they decided to stay longer for pets and head scratches. Eventually, they made the backyard their home.

"Soon they started to sleep all night on the windowsill and lounging in the backyard all day," Gianna shared with Love Meow. "They would even follow us around when we were outside." 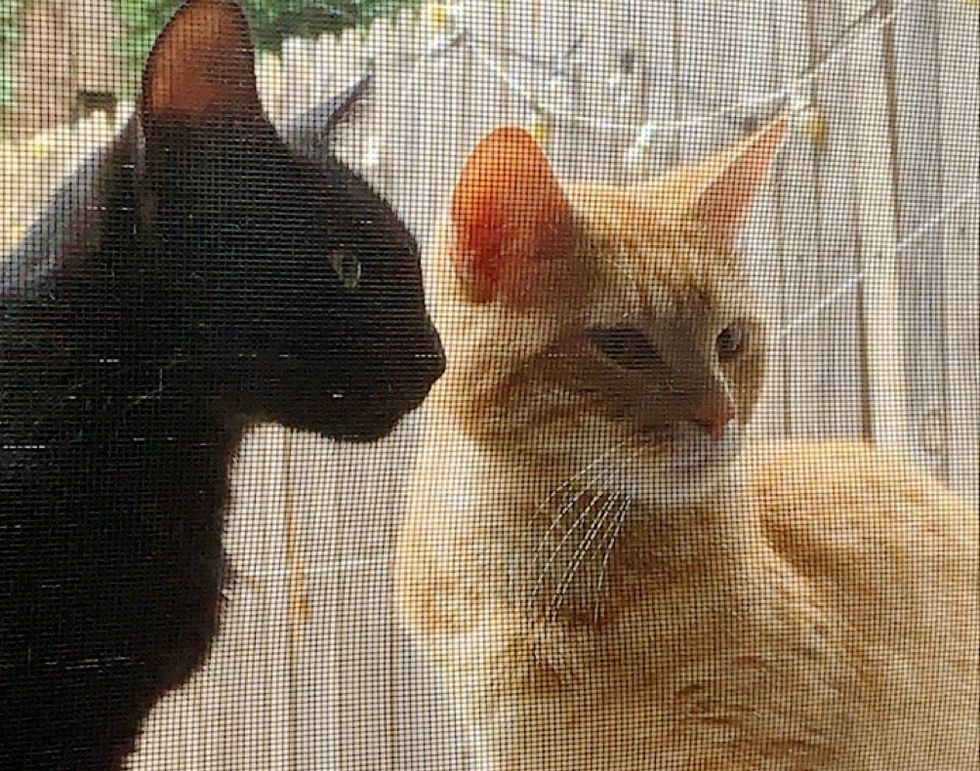 Miso the talker of the two would walk all the way to the doorstep and ask to be let in. He chatted up a storm as if to say they were ready to be indoor cats. "We noticed that despite them being so skinny, Suki's stomach was a little bigger than Miso's. She was constantly lying down," Gianna said.

They suspected that Suki might be pregnant when she began to search for a nesting place at night. "We made the decision to bring them to the vet just in case. We captured both of them, which was not hard at all. They let us scoop them up as if they were already our pets." 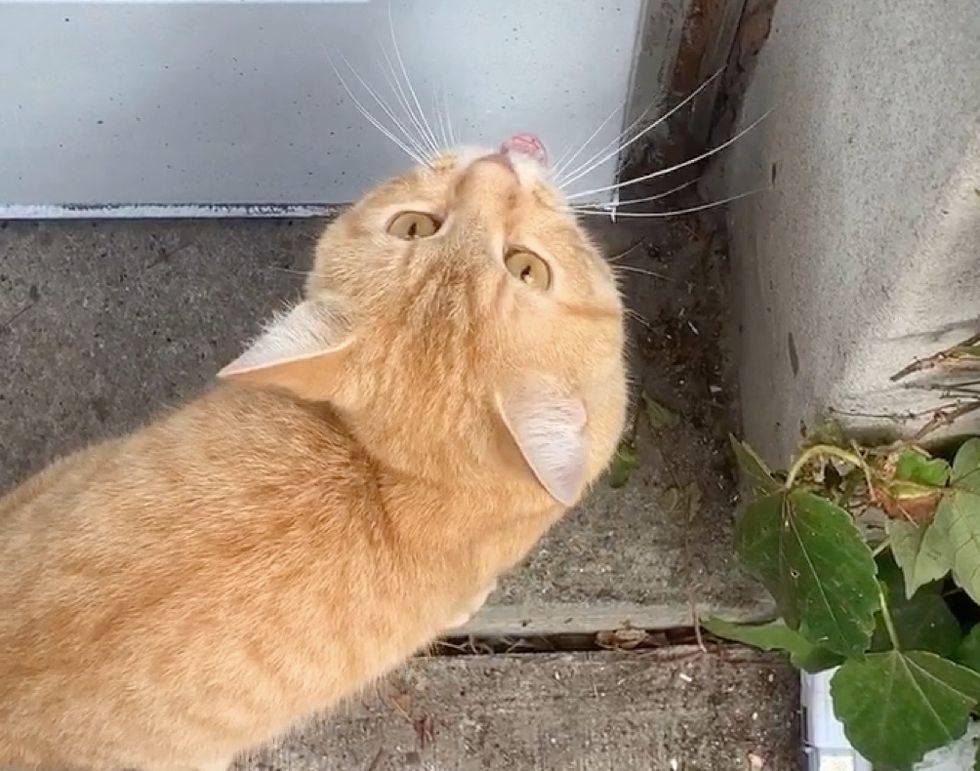 The vet visit confirmed that Suki was indeed expecting, and the babies were due in a couple of weeks. It's likely that Miso is the father of the kittens.

That day, the two feline friends stepped paw into their new home and explored around as a duo. "We started with one room at a time so they would not get overly stimulated. At night, they curled up at the foot of the bed, happy and with their bellies full." 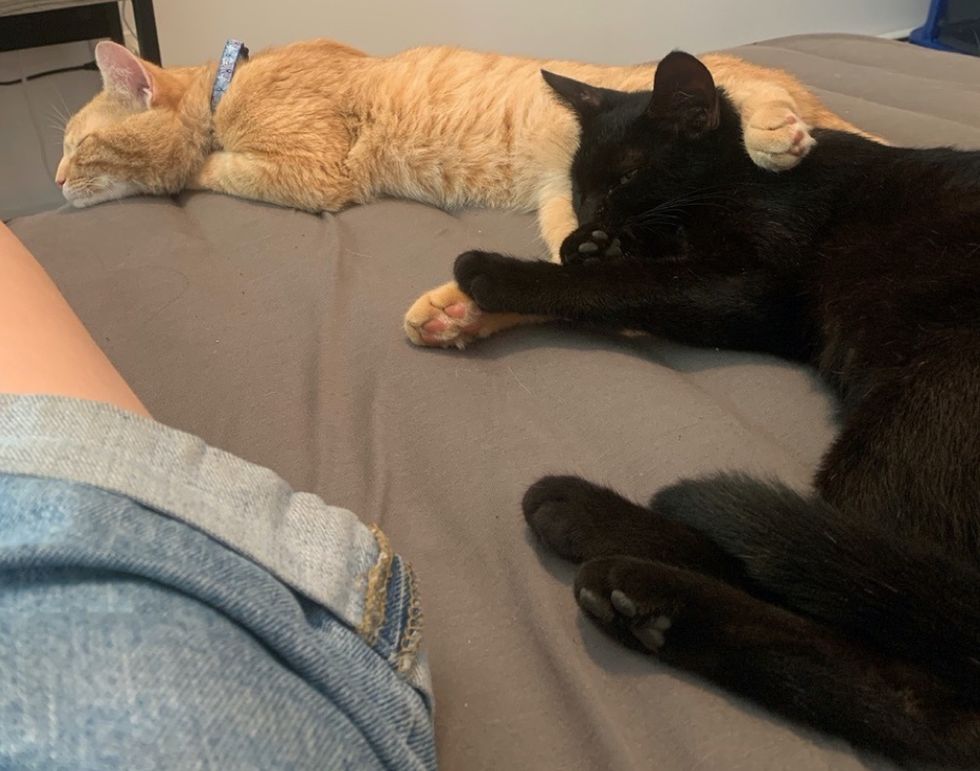 Gianna reached out to Little Wanderers NYC for help. The all-volunteer rescue stepped up to cover all medical expenses for the deserving little family, and will get the kitties vetted, spayed/neutered and find them good homes when they are big enough for adoption. "We face challenges together and with that spirit we must get busy and help all of the cats that come across our path," Little Wanderers said.

Miso was neutered and vaccinated, and he and his soulmate quickly adjusted to indoor life. "These cats had become a part of us and we wanted to make sure their babies could find loving homes," Gianna added. 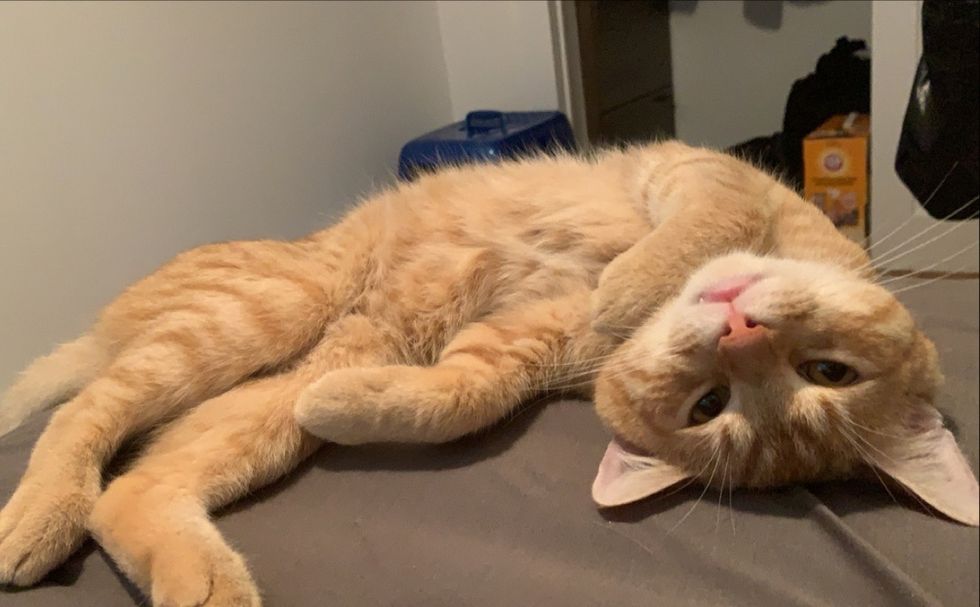 Suki went into labor nearly two weeks ago. Whenever she was having contractions, Miso would check on her to see if she was alright. The soon-to-be cat dad tried to give mama space but returned to the nest every so often to cheer her on.

Watch Suki and Miso in this cute video:

Cats find home for their kittenswww.youtube.com

"I think his presence was comforting to her."

The sweet cat mom gave birth to a litter of seven healthy kittens who would never have to spend a day on the street. Miso let his best friend focus on nursing the babies and would not disturb her. 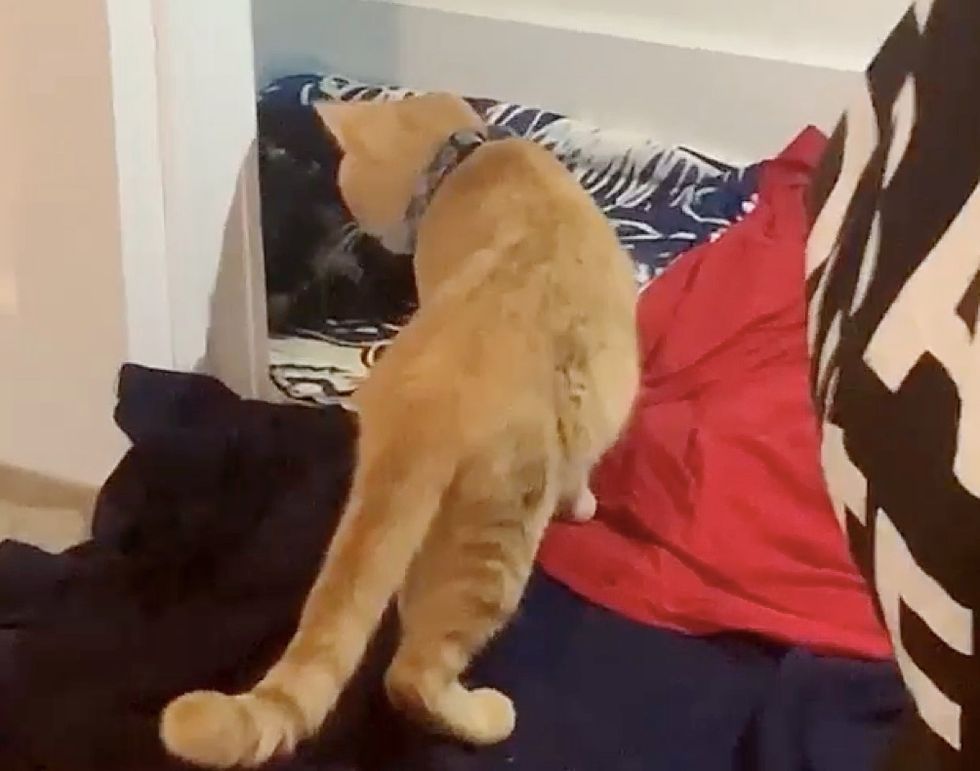 "He will look at the kittens and sniff them with curiosity every now and then. It is the few rare moments where he is quiet."

Suki has been a great mom, catering to her babies' every need. "She is exhausted from all of her crying babies, but is very maternal towards them. She still plays or hangs out with Miso, but every hour, she licks her kittens awake to remind them to eat." 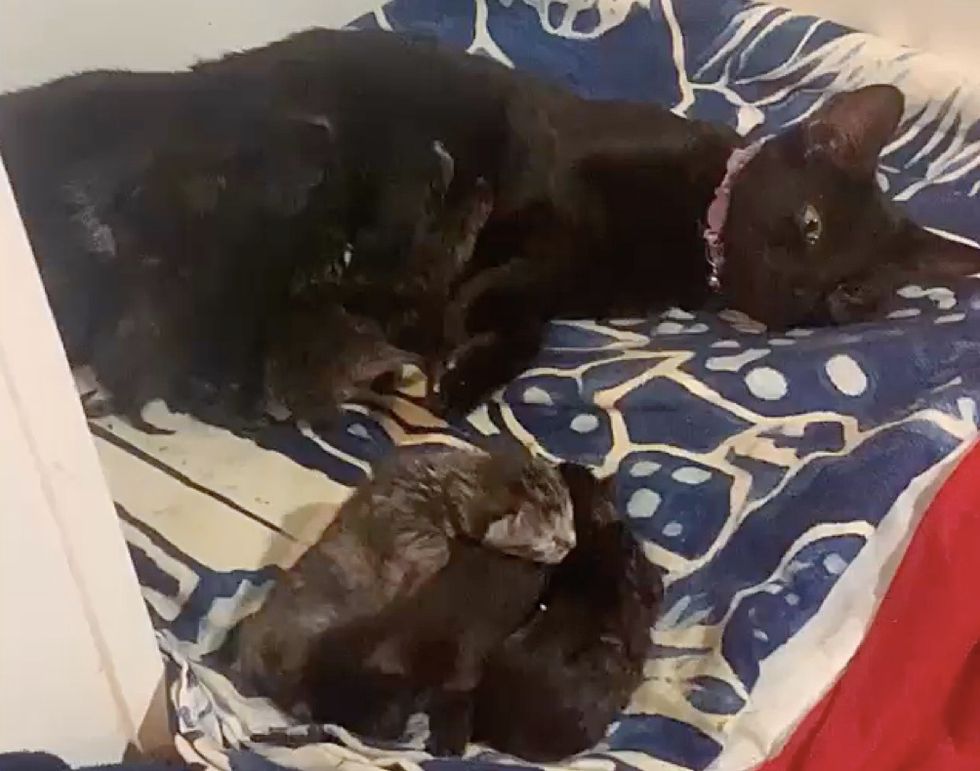 Little Wanderers NYC takes in 10-15 cats and kittens weekly as there is a large number of animals in need in the metropolitan area. They continue to look for volunteers so more cats like this family of nine can get a chance at a better life.

The kittens have just opened their eyes and are now working on figuring out their legs. 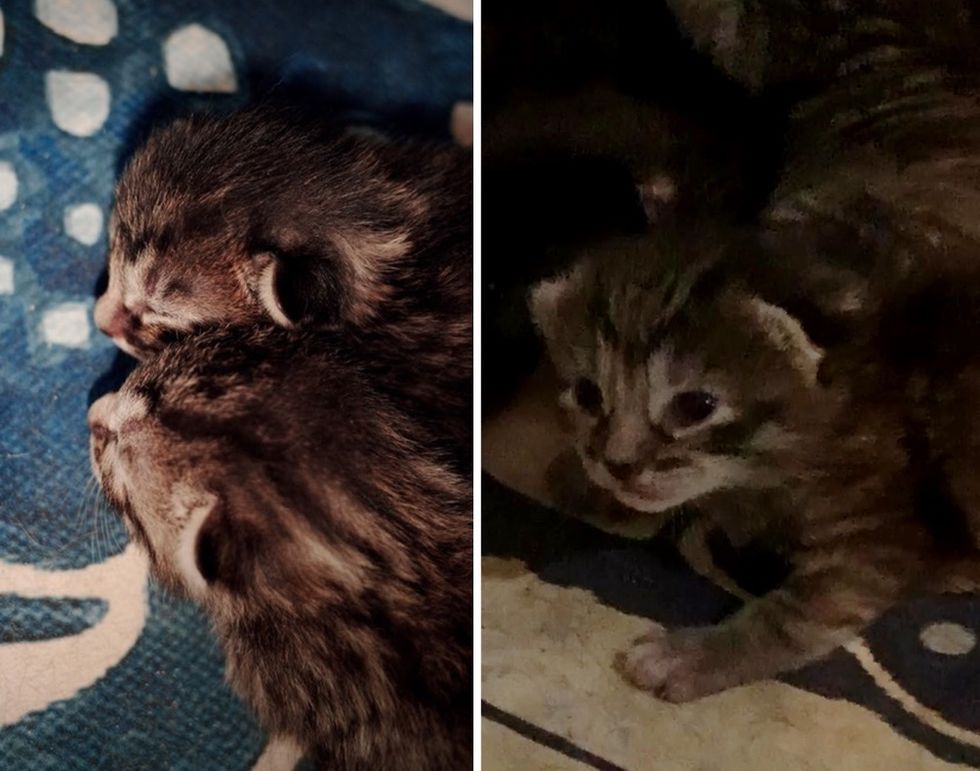 Miso adores his best friend and relishes every opportunity to play with her, scampering around the house, chasing each other. Suki the queen is the only one who can rein in Miso's unbridled energy.

They are of different personalities yet perfectly complement each other. 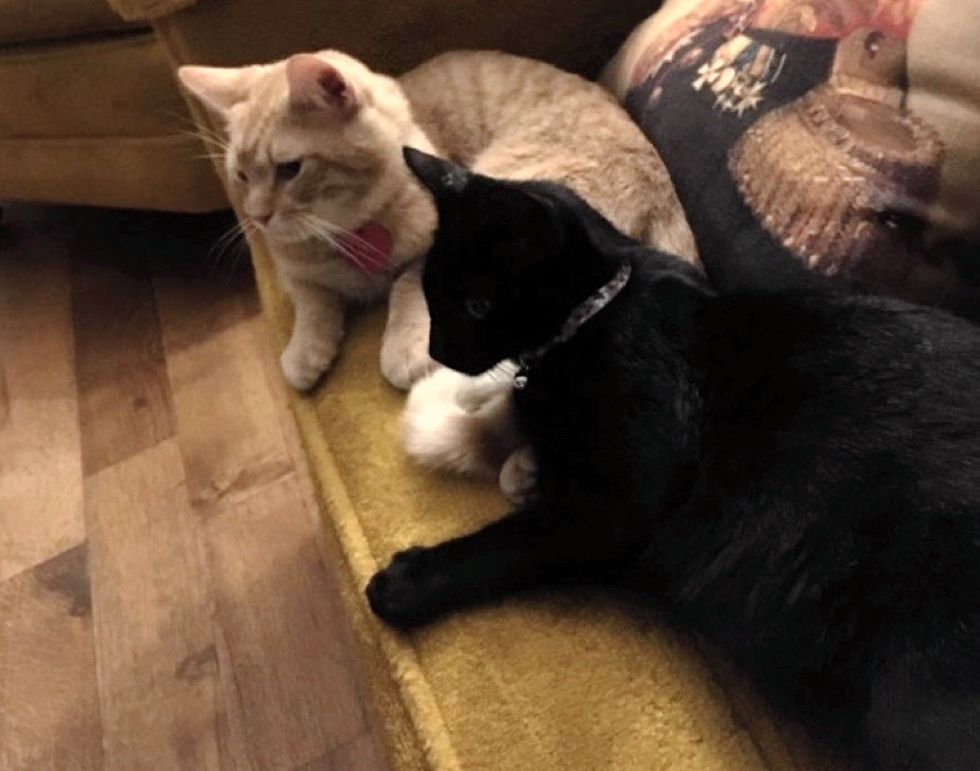 "Miso acts like a prince although he is startled by almost anything. Suki likes attention, but Miso demands it. He doesn't like to be alone so he has become a little orange shadow," Gianna told Love Meow. 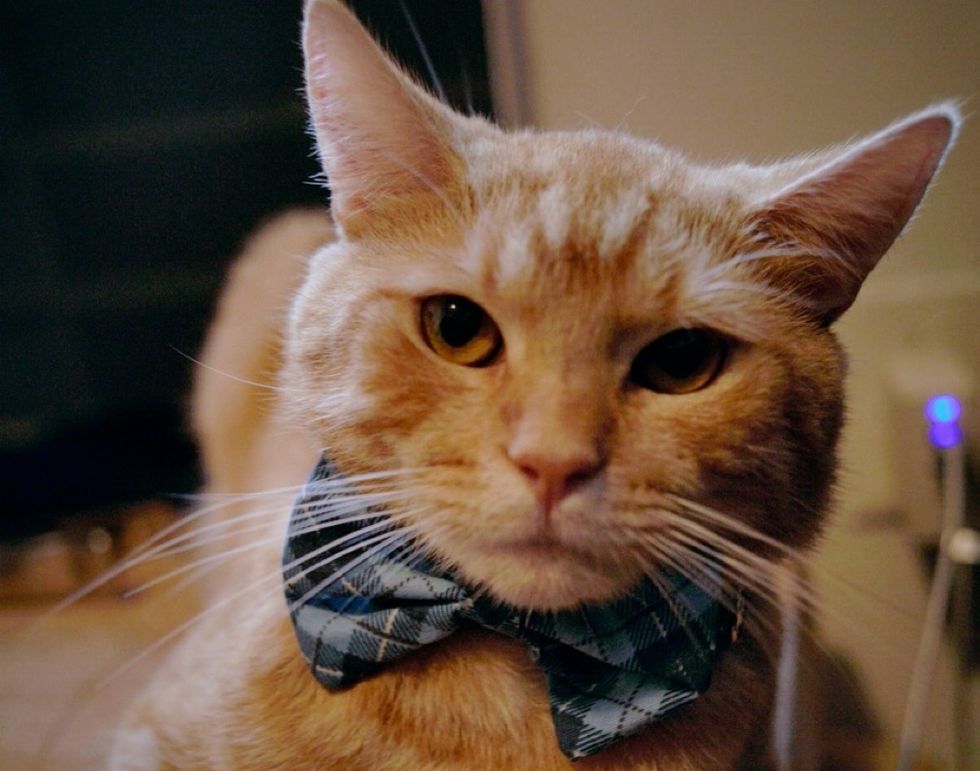 "Suki is smart as a whip. She is stealthy, quiet, and brave. She also has the biggest eyes that she uses to win you over. She's not afraid to pounce on Miso despite him being much larger. She is independent, yet so full of love."

It takes a village to save a little family. Miso, Suki and their adorable babies will have a great future ahead of them. 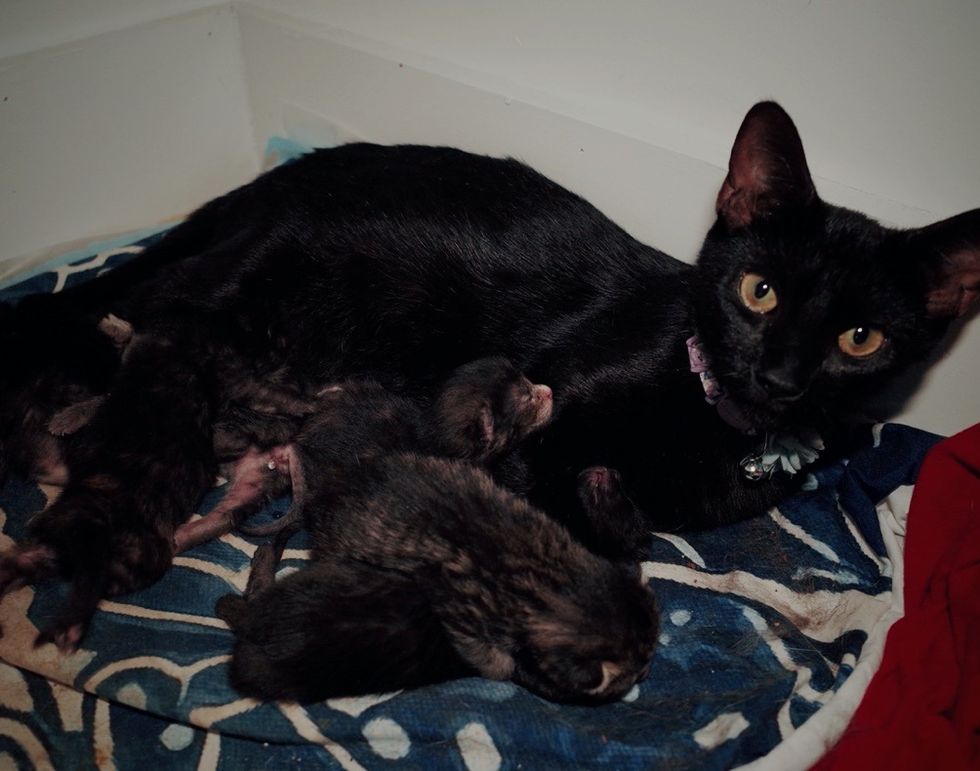