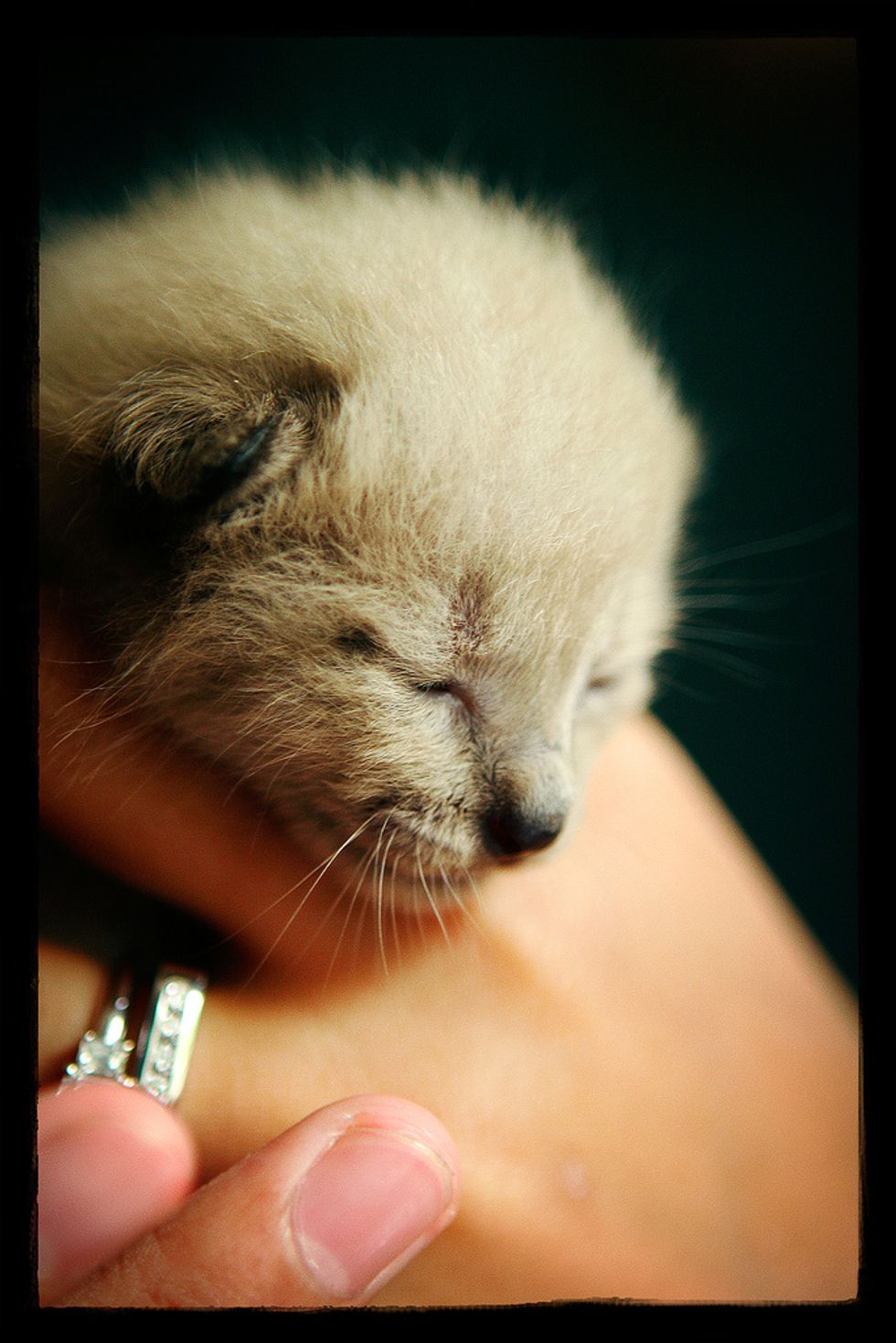 Sunkist Sherman Growers, a stray mix was only a few weeks old when he was found by Zachy & Emelia from Australia. At the time he only had one eye fully open and the other half way. He was abandoned by the mother and left in a drain at their house in Bangsar. "They rescued him when he had started to open his eyes," said Jason Armstrong, Sunkist's uncle.

Sunkist went to visit Jason and his cat one time. "He was chasing my cat Gizmo around the house." He was never afraid and was filled with energy, "very playful and inquisitive." He simply could not sit sill.

At the time his health was doing much better, but "he traded one illness for another so he was not developing as fast as he should be." Sunkist was always half sized of what he should have been.

Some days he seemed to be getting healthier, but others, they were not sure if he was strong enough to move on. Eating was a challenge for him. "He was quite blocked up and therefore sick for sometime. Vets had to help him but it would block up again."

When he got better, he was quite a vocal boy. "I am not sure, but maybe there is some Siamese blood in there."

Sunkist became very active as he grew bigger and older. Jason tried to take some photos of him but it became impossible when he was on the move indoors.

On September 20, 2006 Sunkist Sherman Growers passed away at 7A.M.. He was defeated by his illness and left his family at the age of 3 months old. He will be forever remembered by everyone whose heart he touched. This is a tribute to Sunkist.

Photos by Jason Armstrong. Check out his website here.