This is What Her Human Woke Up to This Morning...

It was early in the morning, this kitty's human woke up to what appeared to be the end of her greenery she planted just a week ago. The suspect was right there with her, purring away.

"This is what I woke up to today. Thanks, Scraps," reddit user Amyzonian shares. 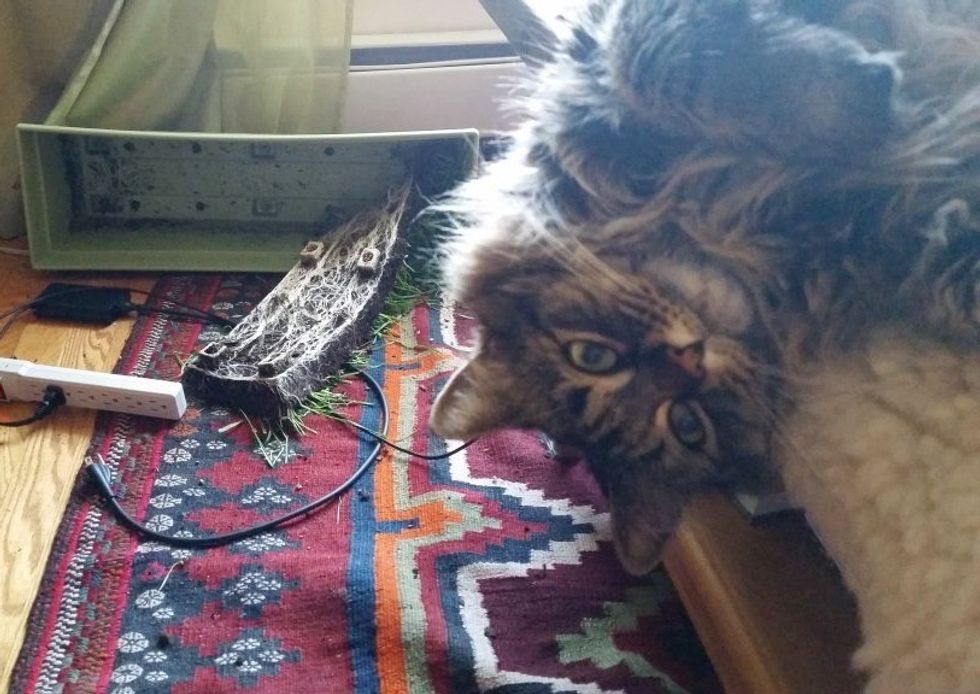 As her human shook her head in disbelief, looking at the perilous plant, her cat casually popped her head out and offered her the usual morning greeting but with a smug look. 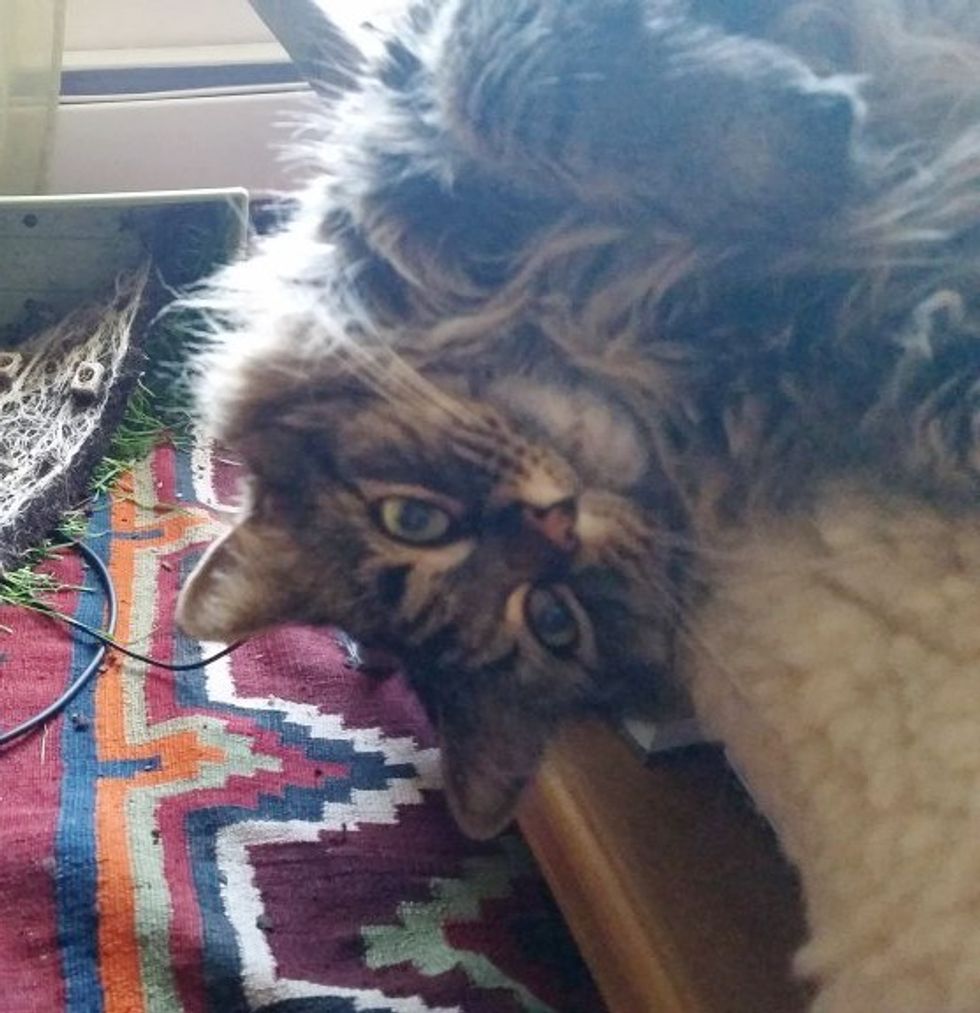 "She's potentially got a lot of Maine Coon blood. She was rescued from a bad situation at around 1-2 years old and may have been malnourished, which would explain her stunted size. She's only about 8 lbs."

Every time her human plants grass, she gets a kick out of it.

"I planted oat grass for the cat to snack on (6 months ago), she decided it makes a good bed." 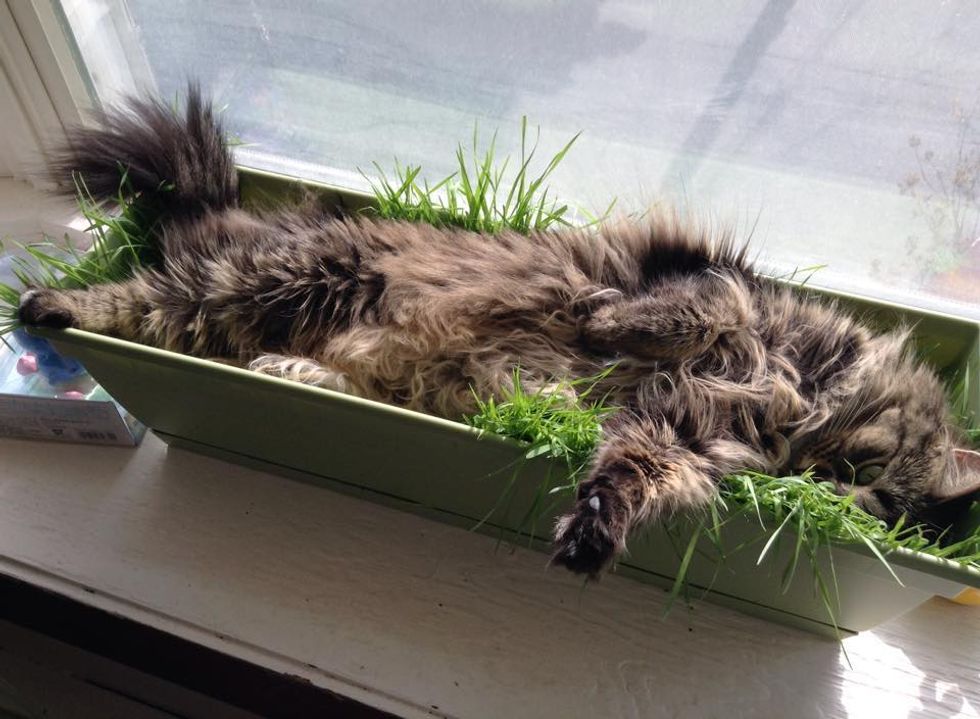 Despite what happened this morning, most of the time, Scraps wakes up her human in a much less destructive manner.

"She wakes me up by bringing me a toy and waiting for me to throw it for her. Then she plays fetch while I'm too lazy to get out of bed. She's a good cat." 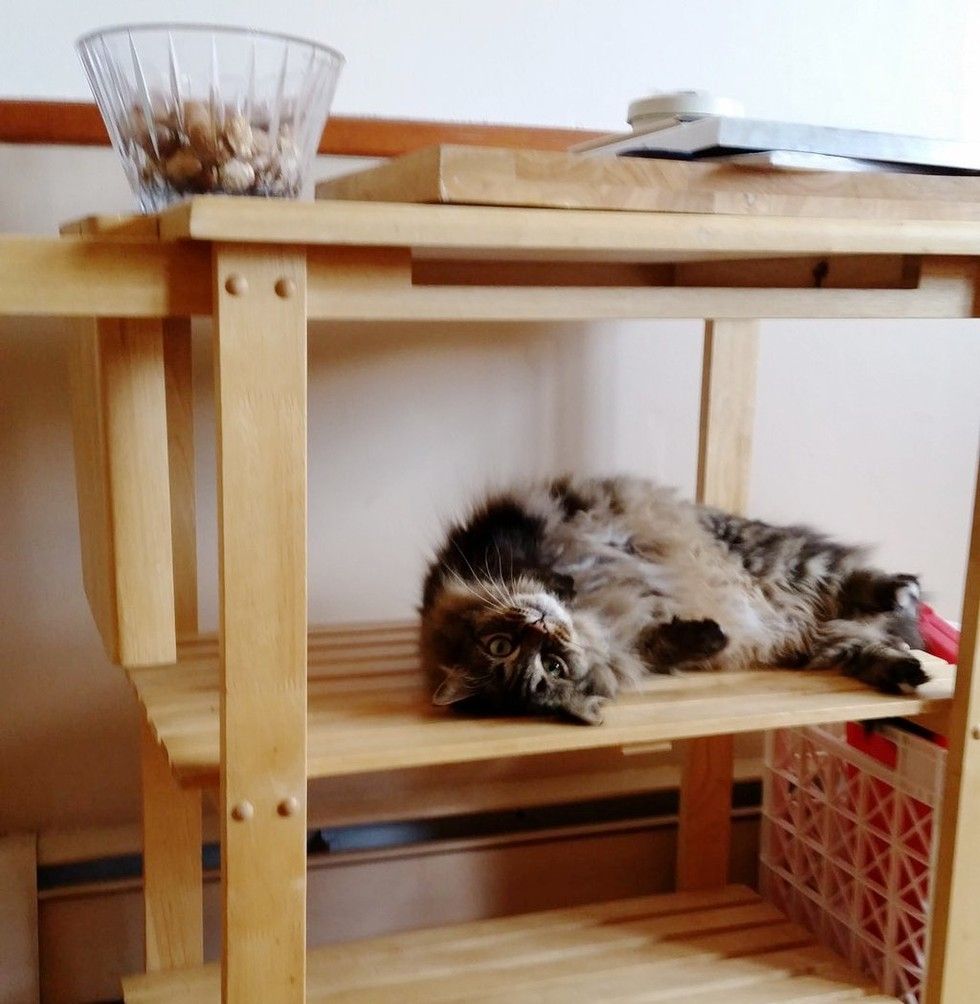 Scraps has quite a personality and constantly keeps her humans entertained. You never know what trick she's going to pull next, but it will be fun, cute and leave you with a smile. 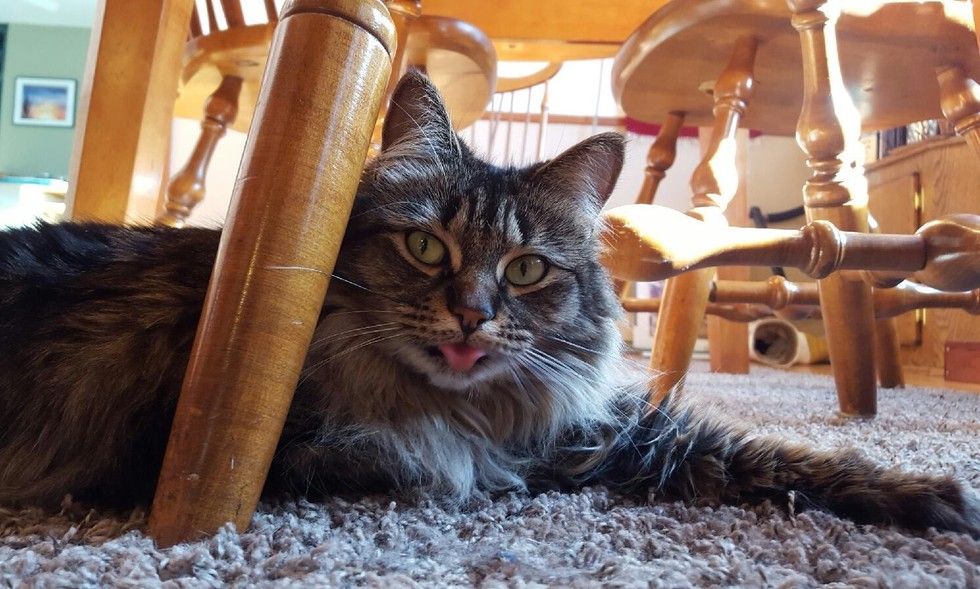 How does your kitty wake you up in the morning? Share the cute!