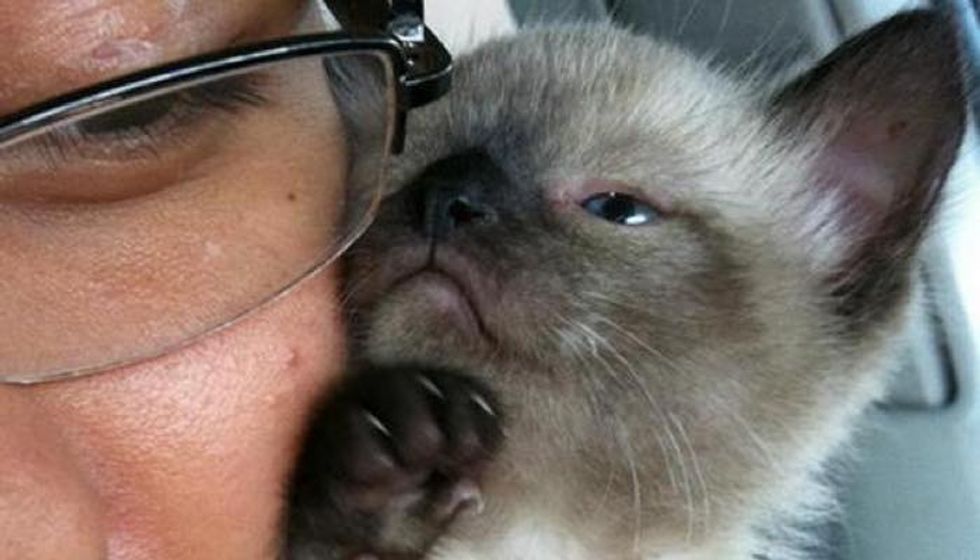 Young Man Rescues Orphaned Kitten and Nurses Him Back to Health

A young man found a tiny kitten under a pile of trash. He never thought he'd ever be a cat person, but when he laid eyes on the kitten, he fell in love and knew he had to save him.

Bear was less than a week old when he was taken into his new home.

"I couldn't say 'no.' Funny thing is, my ma insisted that I give the tyke up to a shelter, but I convinced her on tolerating the kitten... I knew nothing about raising a cat, and feeding this little one every three hours wasn't a joke," imager user frostypillow said.

It was rewarding to see kitten use the litter box for the first time. "(That) was a milestone. After weeks of fretting over whether 'Bear had or had not done his business, I didn't have to worry as much anymore."

He fed him every three hours around the clock.

All the hard work paid off, when he saw how fast Bear was growing and learning everything on his own.

Bear graduated from the bottle and began eat on his own.

Bear used the litter box for the first time.

"After weeks of fretting over whether Bear had or had not done his business, I didn't have to worry as much anymore."

He follows his human to the bathroom and keeps him company when he studies.

He didn't know what to expect when he brought Bear into his life. "It's an even better feeling when you realize what you've saved has saved you in turn."

Bear has grown quite a bit now!