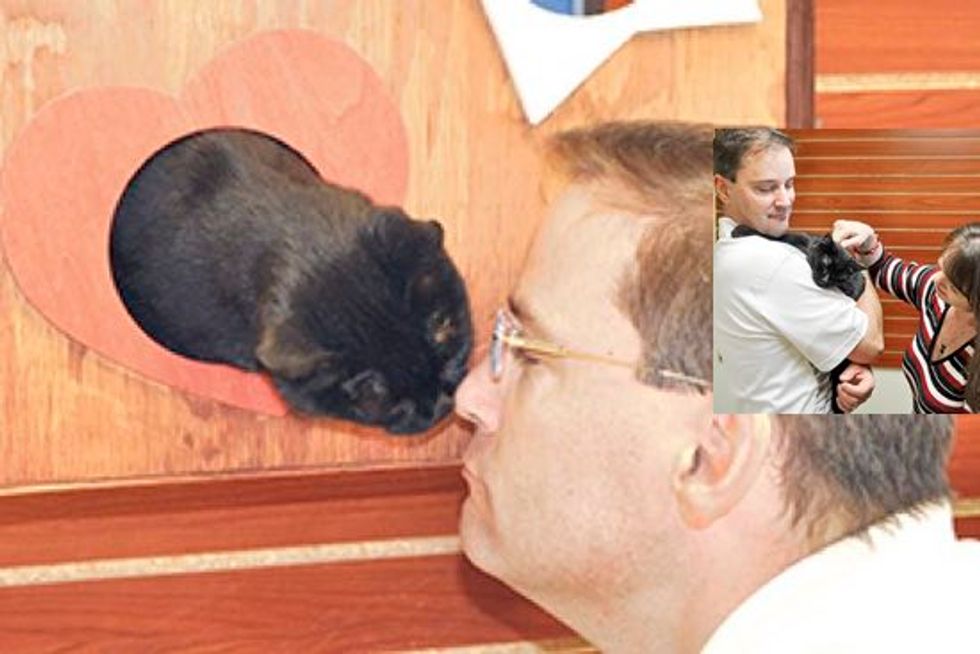 After 6 Years, Freddie the Cat Finds Her Forever Home

After staying in the shelter for 6 long years, Freddie the cat is spending her first New Year's day at her forever home.

Freddie Mac, a beautiful black kitty came to Mower County Humane Society six years ago and stayed until this Tuesday when Robert and Robin Hanson met Freddie, the longest-waiting female at the shelter, they knew they had found their cat. "Freddie Mac has been a resident at the Mower County Humane Society since 2008. Rob and Robin came up from TEXAS to adopt her!" said the shelter.

"They’re all wonderful cats," said Robin via Austin Daily Herald. "They're all deserving of a home, and they all need a home."

"I just want people to go in there and say 'Which ones waited the longest?' and take them home," she added.

"A lot of people like to come in and grab a kitten because they want a kitten and they’re cute," she said. "But the ones that have been here the longest, they're very mellow, they're sweet. We've had great experience with the older cats."

Freddie the cat is spending her first New Year's day at her forever home after 6 years at the shelter.

Freddie was the longest-waiting female at the shelter.

Happy and loved at her new home.