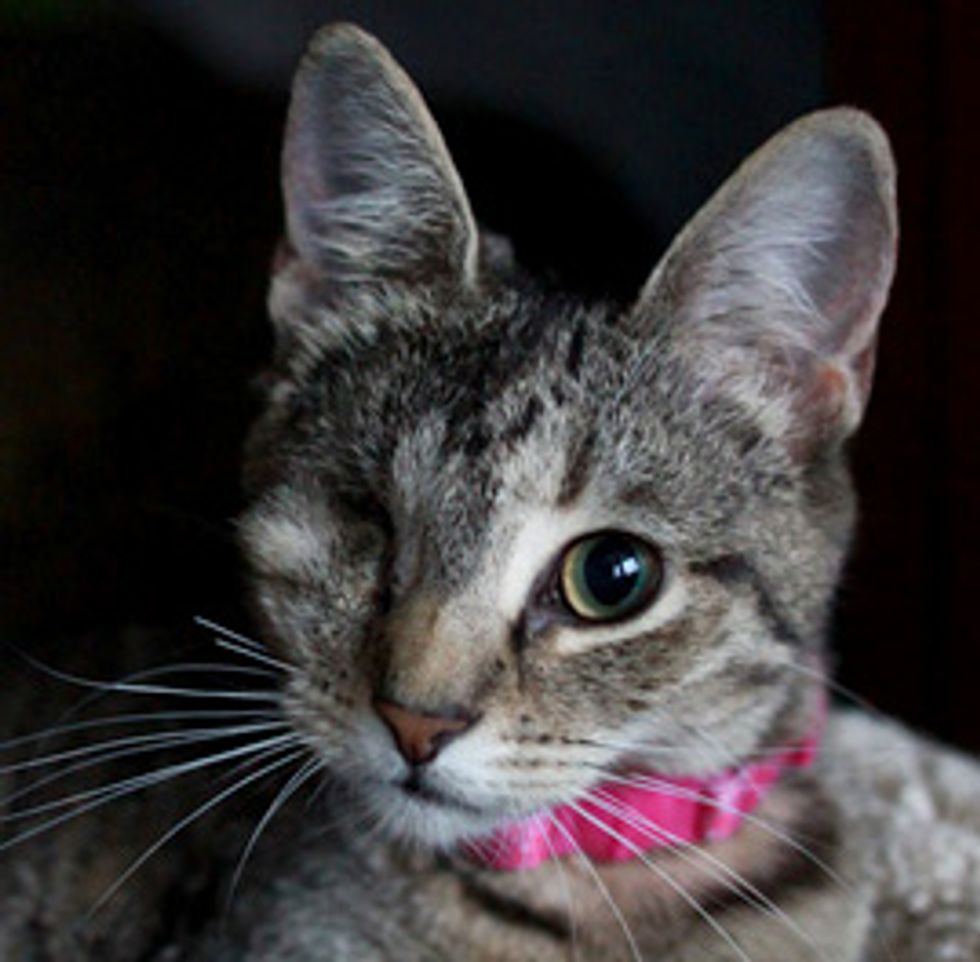 Sparkle is a very special kitty. She is currently about 7 months old, and has been a part of my family for almost 2 months now.

I work at a no-kill animal shelter, and she and 3 of her litter-mates came to us as young kittens, with Upper Respiratory Infections (URI) and scabies. The scabies eventually got better, but they all were sick with the URI for quite a while. Sparkle ended up losing her eye to the URI. It spread to the eye, and damaged it so badly that it had to be surgically removed.

All of the kittens were very shy and skittish. She was probably the most skittish of the group. That night, after her surgery, she ended up coming home with me. I was the one who volunteered to foster her and make sure she made it ok through the night. My dad also helped me. She was sedated, but still very scared. I held her in my arms, wrapped in a blanket for hours.

The next morning, little Sparkle went back to the shelter. The rest is history.

I would visit her cage every day at work, and talk to her, and pet her. Even if it was only for 5 minutes. I felt it was important to socialize her. We eventually ended up adopting her, for many reasons. With her being extremely shy, and only having one eye, the sad reality was that she would have a more difficult time getting adopted, compared to the cute "perfect" little 2 month old kittens that would purr up a storm the second you laid your eyes on them. We felt that we could provide her a great and loving home, and we would love her for who she was.

Today after 2 months, she has come out of her shell so much. It truly has been such a rewarding experience. She resides with 3 humans including myself, 2 dogs who have become her pals, and also two small birds. Yes- birds... It's a full house over here, but we wouldn't trade it for the world. I love my little pirate kitty. Oh, and- she's also a "Hemingway Cat"... She has a total of 24 toes. :)