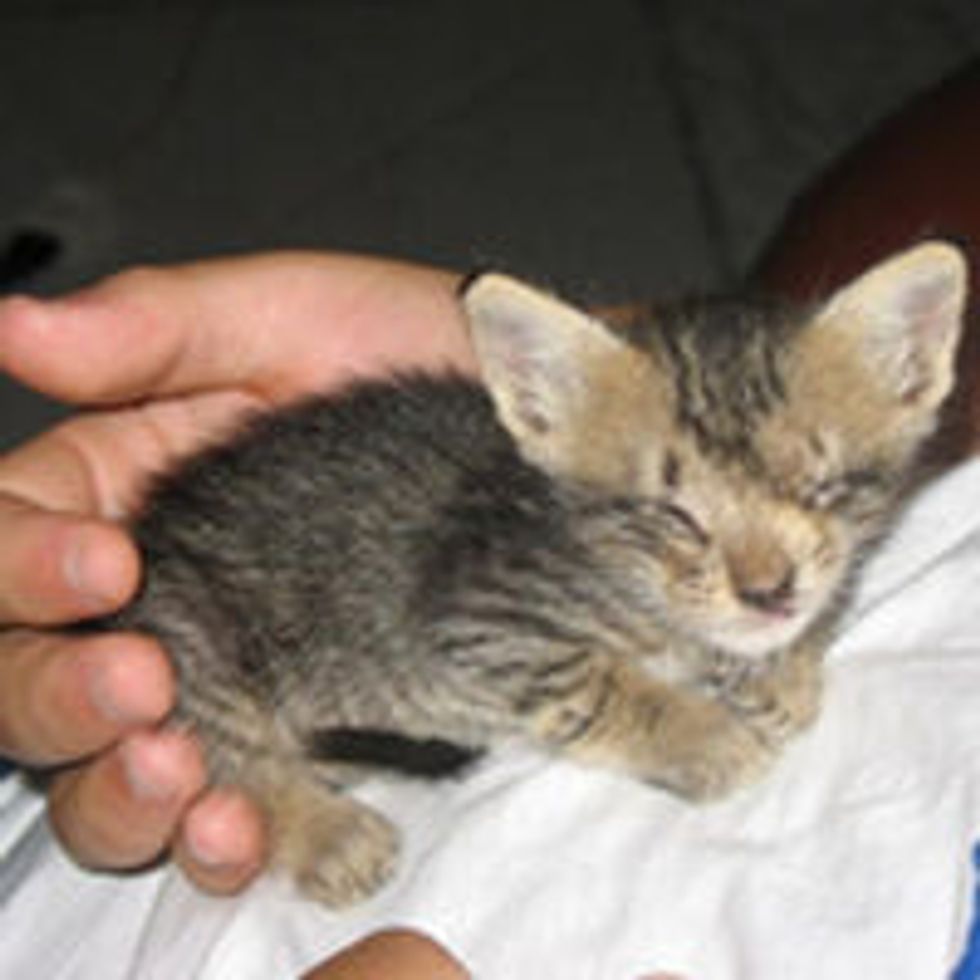 Blind Kitten Rescued by Man Who Never Gave Up on Her

This is a heart warming story with a happy ending. Skunky the kitty had a rough beginning which caused her eyes to go blind, but the person who found her never gave up on her. Against all odds, Skunky survived and thrived.

4 years ago while I was on holiday in the south of Italy (was living in the north) I found a tiny kitten desperately crying with the power of a thousands suns. I decided to take care of her during my holiday, so that she would be stronger and more capable to survive when I would leave back home. At the time she was obviously too young to survive alone under a 43 degrees Celsius (109 F) sun.

Her legs were clearly not okay, the mouth was also asymmetrical and impossible to close, probably because of a trauma, but the worst news still had to come. The following day I brought her to the vet who said that her eyes were closed not only because she was still too young but also because an infection ate both eyeballs. The vet also said that she was too weak, and that he thought that she could not survive.

In the following days my brother and I started to take care of her eyes infection, ears infection, intestine worms and fever, while keeping her warm, feeding her with warm powder milk every 4 hours and teaching her to follow the noise of our steps and clapping hands. After 15 days Skunky was still weak but alive, but I had to leave. So I changed my plane reservation to include a pet, and long story short, Skunky is now sleeping in my bed, with the body under my covers and her head on my pillow.

...what Skunky gives to me everyday is worth 10 times more what I might do for her.

Skunky all grown up with her best furiend

She can navigate the house just fine: