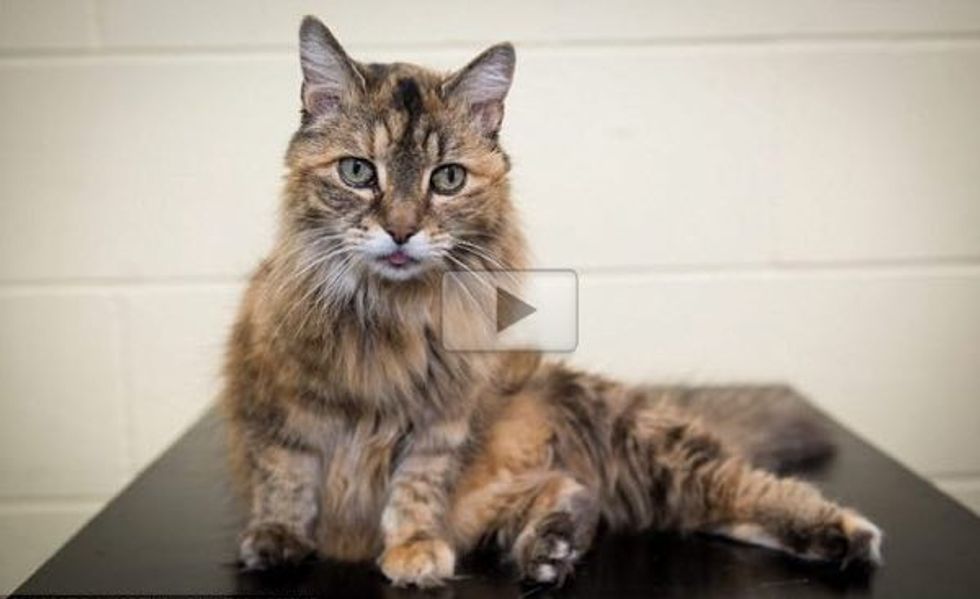 Bluey the Cat May Have the World's Loudest Purr, As Loud as a Subway Train

Bluey the cat may have the world's loudest purr, as loud as a subway train.

This 12-year-old cat has a purr that is louder than most cats, but she is a bit hard of hearing. "We have found that Bluey is a little bit deaf, so this might be why she has an incredibly loud purr because she can't hear herself purr," the Blue Cross charity said to SWNS.

"We've never had a cat in our care with a purr as loud as Bluey's," Claire Thomas, from the Blue Cross charity, said. "We thought it would be fun to see just how loud it is so we recorded it and it reached 93 decibels at its loudest, which is very impressive."

"Though she's surprisingly loud she's a lovely cat and we'd hate for it to stop her being rehomed."

"Bluey purrs all the time. She just has to see someone and she starts purring. She purrs when she's playing and she purrs when she's eating," Thomas added. "We think Bluey is a little deaf but that doesn't stop her enjoying life.

She's such a happy, friendly cat and she will make such a loving companion."

Bluey is located in a rehoming center in Cambridge waiting for her new home.

Meet Bluey the cat. She may have the world's loudest purr measured at 93 decibels at its loudest. That's almost as loud as a subway train.

WATCH VIDEO: Bluey loves to purr when she's getting brushed, playing and even eating.