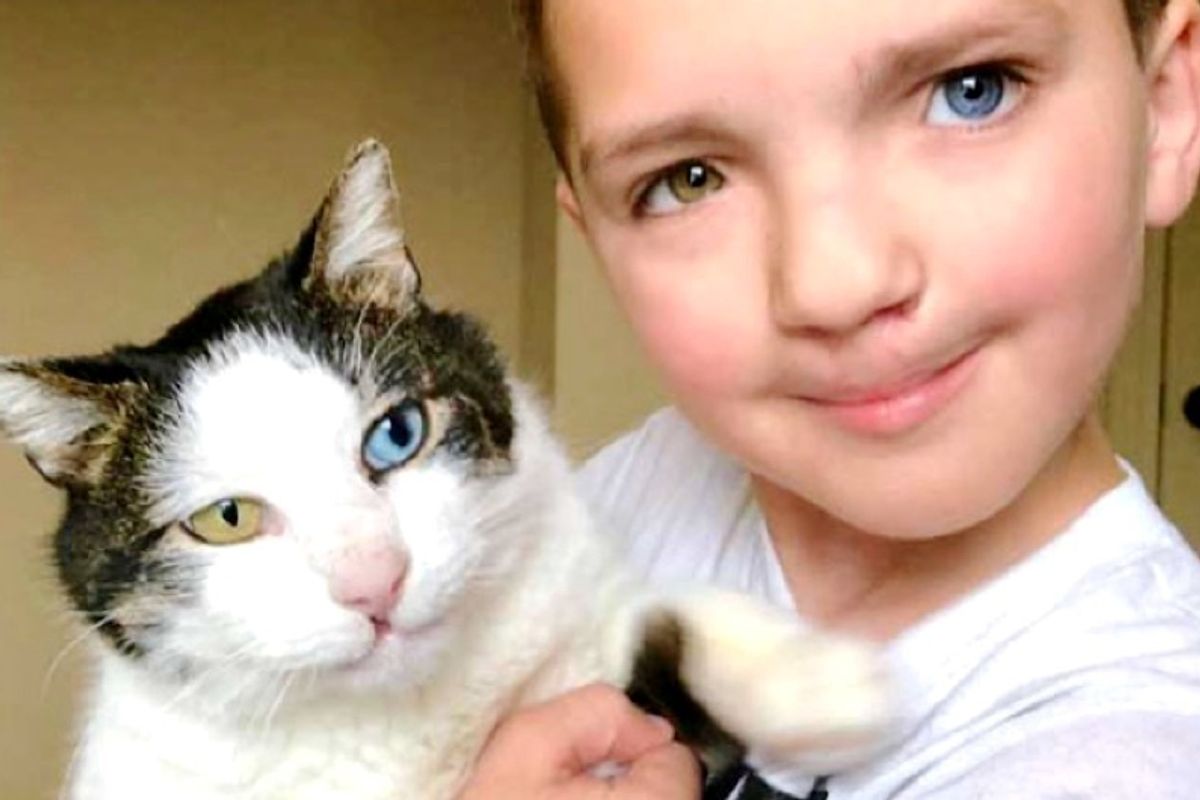 An odd-eyed cat found his perfect friend, a boy named Madden. They were both born with different colored eyes and cleft lips.

When Madden, a 7-year-old boy from Oklahoma, met the kitty who had been taken in by a local rescue group in Minnesota, it was love at first sight. 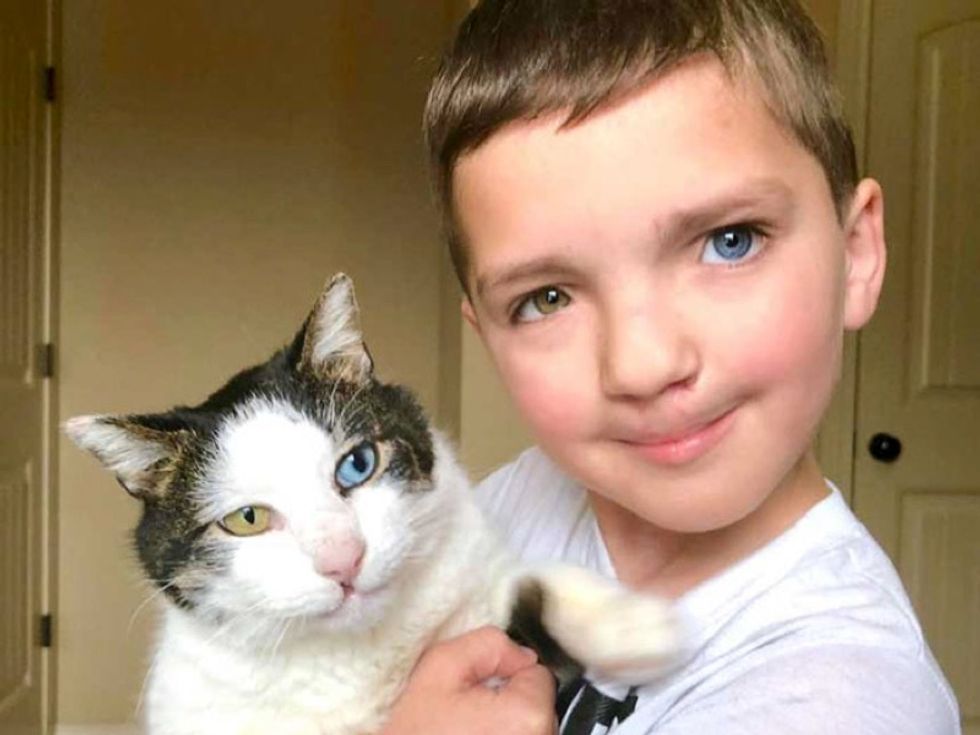 Madden was born with a rare condition called complete Heterochromia iridium, where the eyes are of completely different colors.

When Christina Humphreys, Madden's mother, learned about a cat named Valentine, who shares the same birth differences as her son, she immediately knew that he was the kitty for Madden. The beautiful 2-year-old cat was rescued by Mending Spirits Animal Rescue in Mankato, Minnesota. "He is as beautiful inside as he is out. He has a quiet little meow that sounds adorable and he will kindly mew at you when he is asking for your attention," the rescue said.

The family drove from Oklahoma to Minnesota last weekend to get their kitty. "We had quite a few incredibly generous friends and strangers help make the road trip possible, so that we could adopt this sweet fur baby and we are so thankful," Christina said via Facebook. 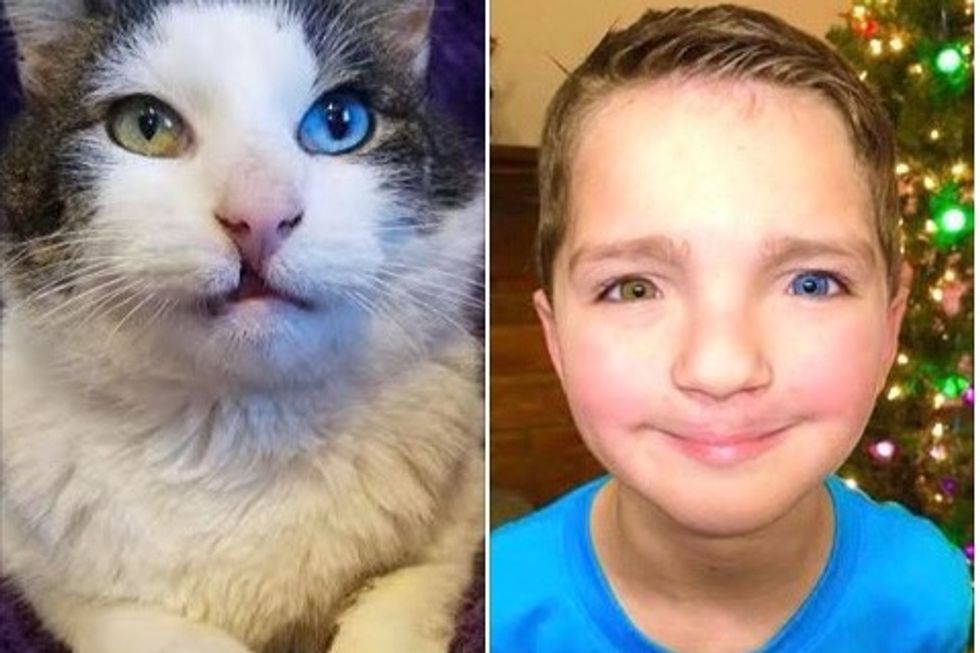 When the two boys met, Madden instantly connected with his new pal, and the kitty snuggled right up to him. 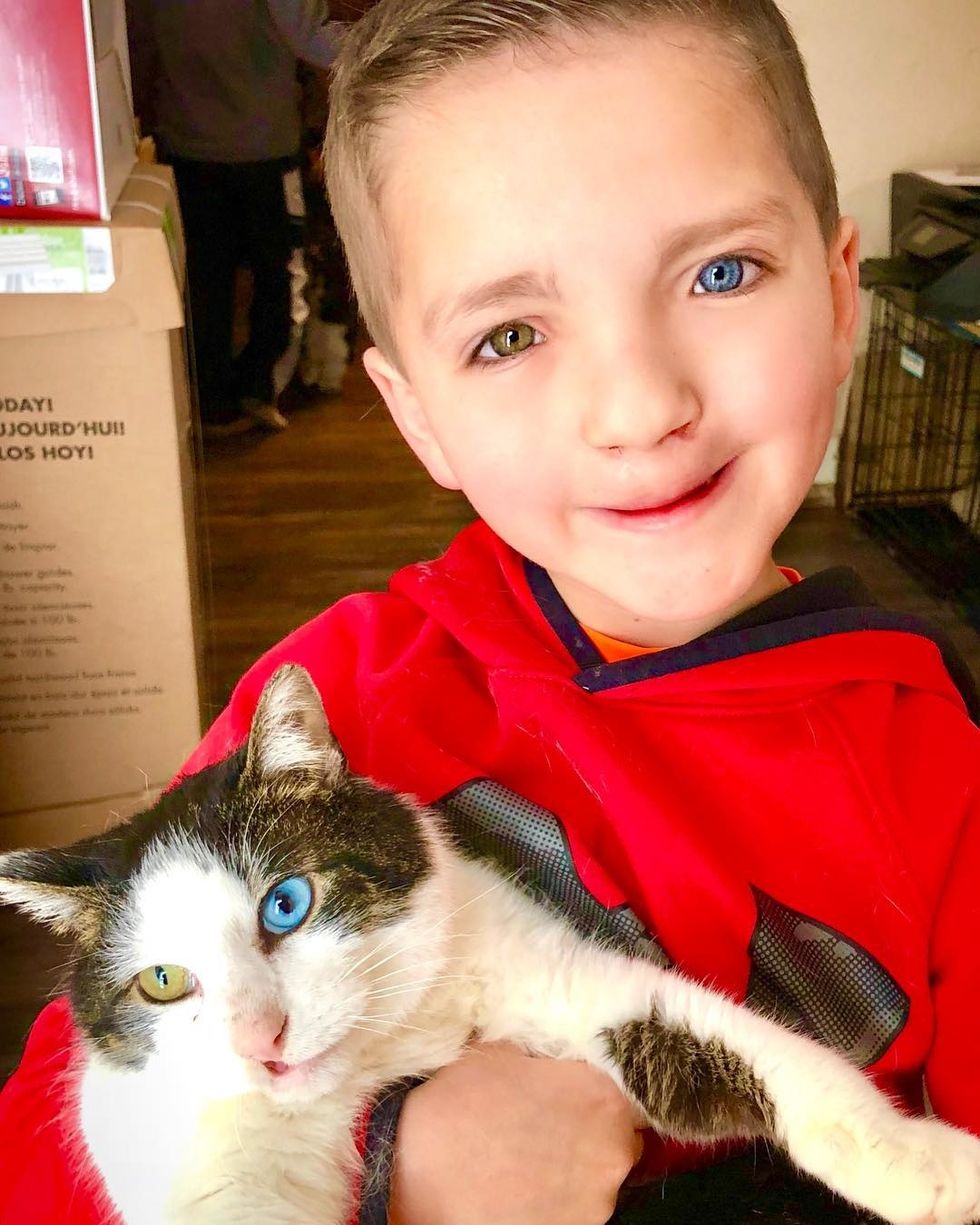 "These handsome boys were both born with cleft lips and complete heterochromia iridum (different colored eyes), and we knew they were destined to be best friends. Funny how a pet can make you feel less alone," Christina said.

Since Moon moved into his new abode, Madden has been there with his feline friend, giving him lots of love and pets. 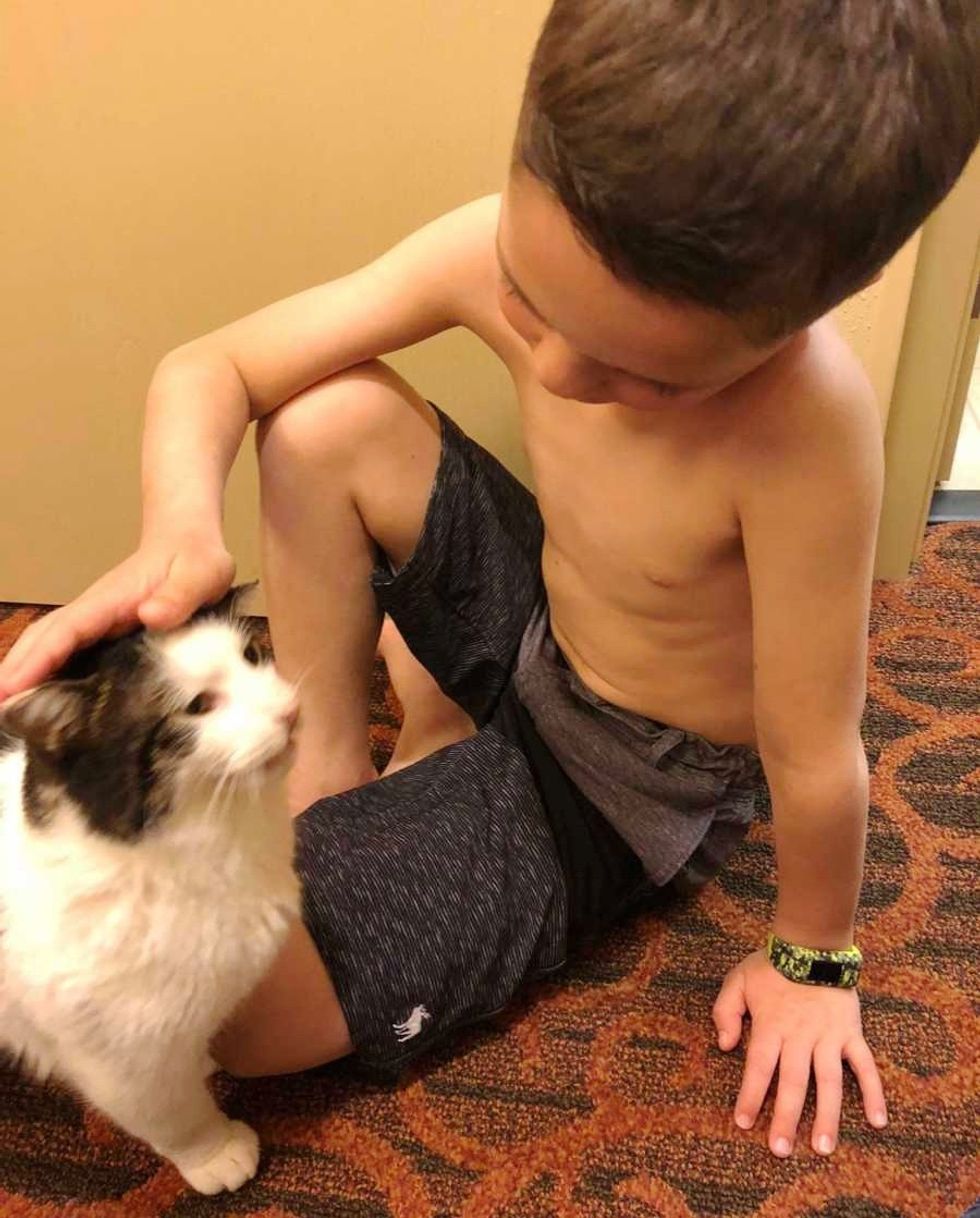 "We are eager for him to feel adjusted, so he'll come out and play more. He's super affectionate and lovable," Christina said.

As Madden said in a video, "Don't be mean to other people that are different. We already been through a lot of hard stuff. Show everybody kindness... If somebody's being mean to you, be nice to them. Because the most unlovable people need love the most." 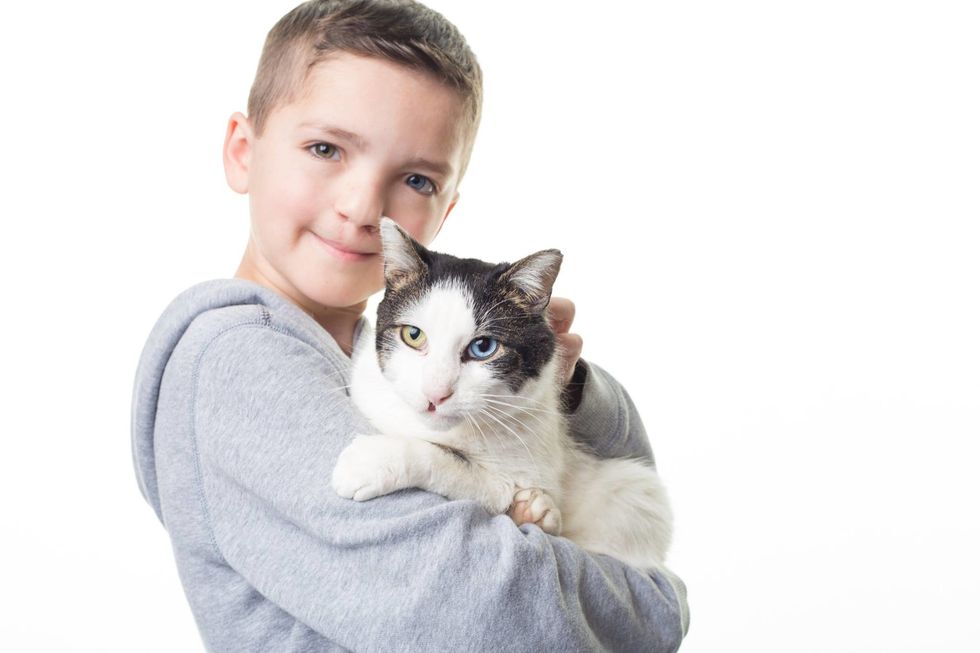 Madden gave Moon a loving home, and is showering him with love and kindness.

The kitty adores his forever human, too. "He'll come right up and snuggle in his lap."

@maddenandmoon on Instagram: “We had a mini photo shoot in our living room this morning. 😍 Moon is proving to be the sweetest kitty, ever. He’s a little nervous as he’s…”

Related story: Cat Saved Boy with Autism and Now He's Trying to Save the Kitty Back