A couple from Michigan planned to adopt a kitten but ended up rescuing a heavy cat who needed a lot of help and TLC.

Bronson, a 3-year-old cat, came to the Humane Society of West Michigan three months ago after his owner had passed away. The big fella weighed in at 33 pounds and needed a loving home to help him get down to a healthy weight to enjoy the rest of his life. 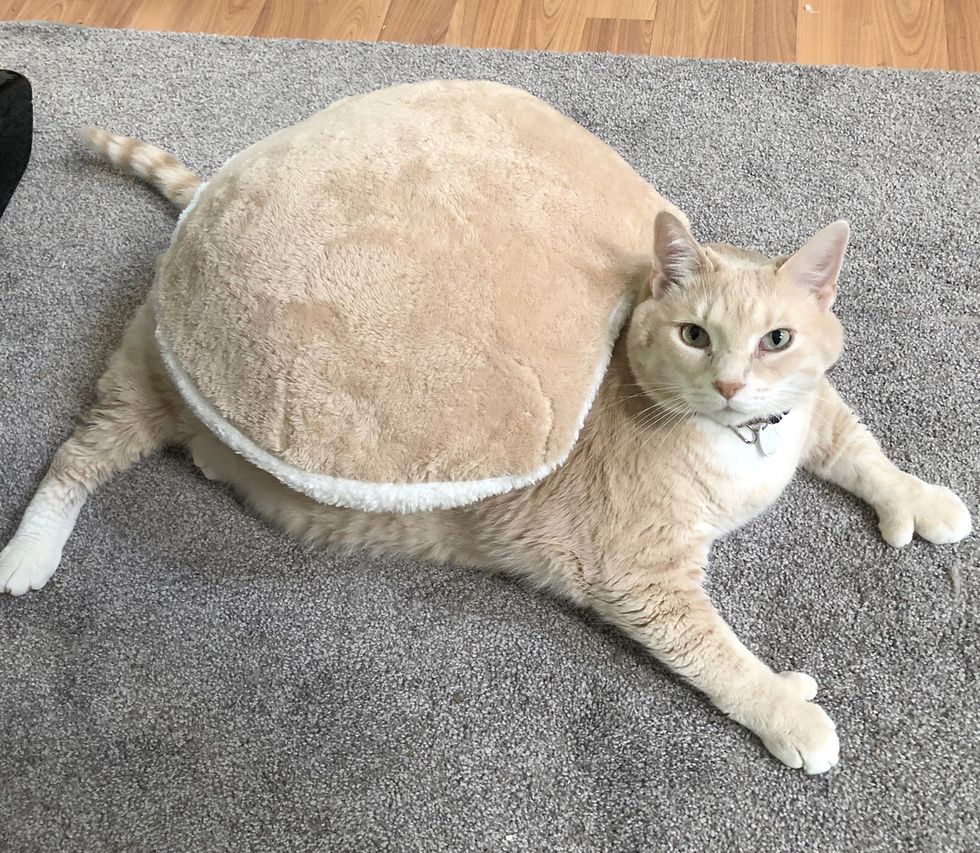 Mike Wilson and his girlfriend Megan stopped in the shelter in hopes of finding a new feline addition to their family. "We had been thinking about getting a kitten, but when we saw Bronson in a room in front of the place with another heavy cat, we started falling for him and changing our mind," Mike told Love Meow.

They came back the next day to meet Bronson where they were told about his special needs and care. "They wanted him going to a home with parents that were going to make sure that he got the exercise he needed and were going to take good care of him," Mike added.

The couple owned a wall-mounted cat furniture company that encourages cats to be active indoors. "We were laughing talking about how maybe he would be inspired to be active with them around climbing on the walls." 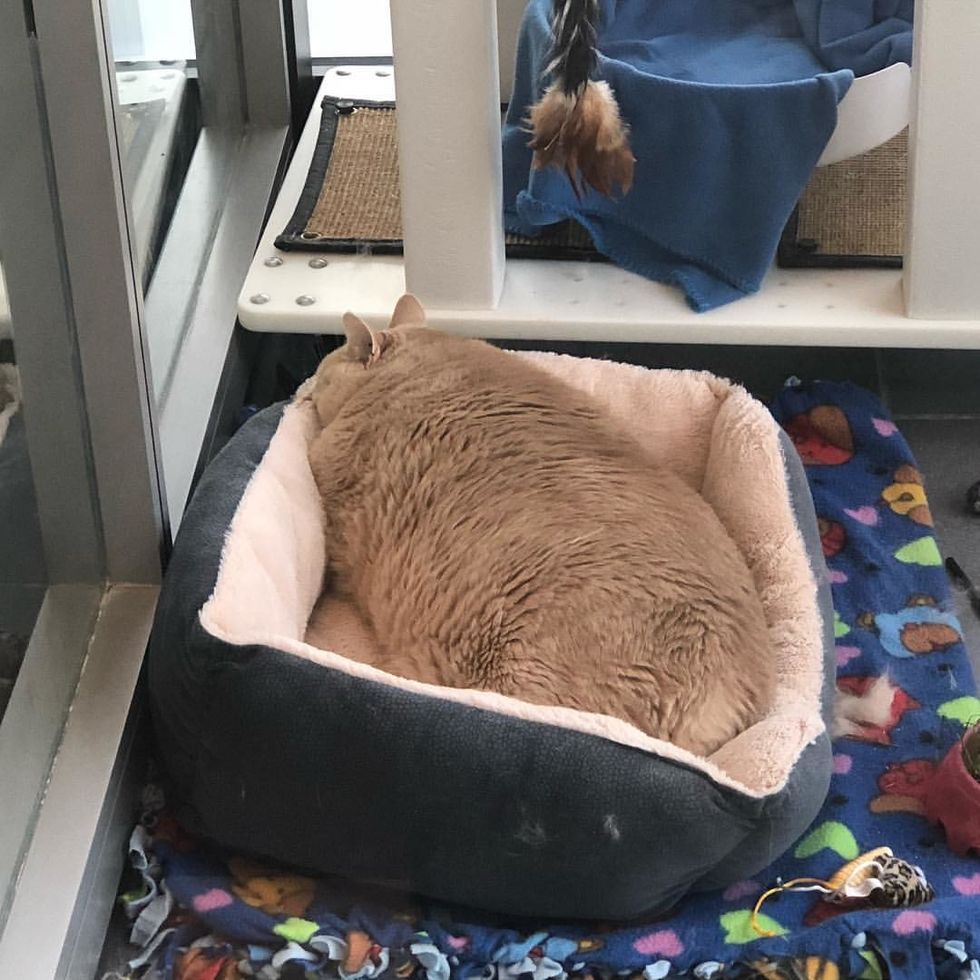 Shelter staff hadn't seen him walk since he was brought in, and they weren't sure if he was mobile. "He was laying in a plush cat bed, happily kneading away while we were petting him. Then we realized that he had thumbs. He was a special polydactyl cat with extra toes on his front feet," Mike told Love Meow.

"Bronson had very prominent thumbs, kind of shaped like our home state of Michigan." 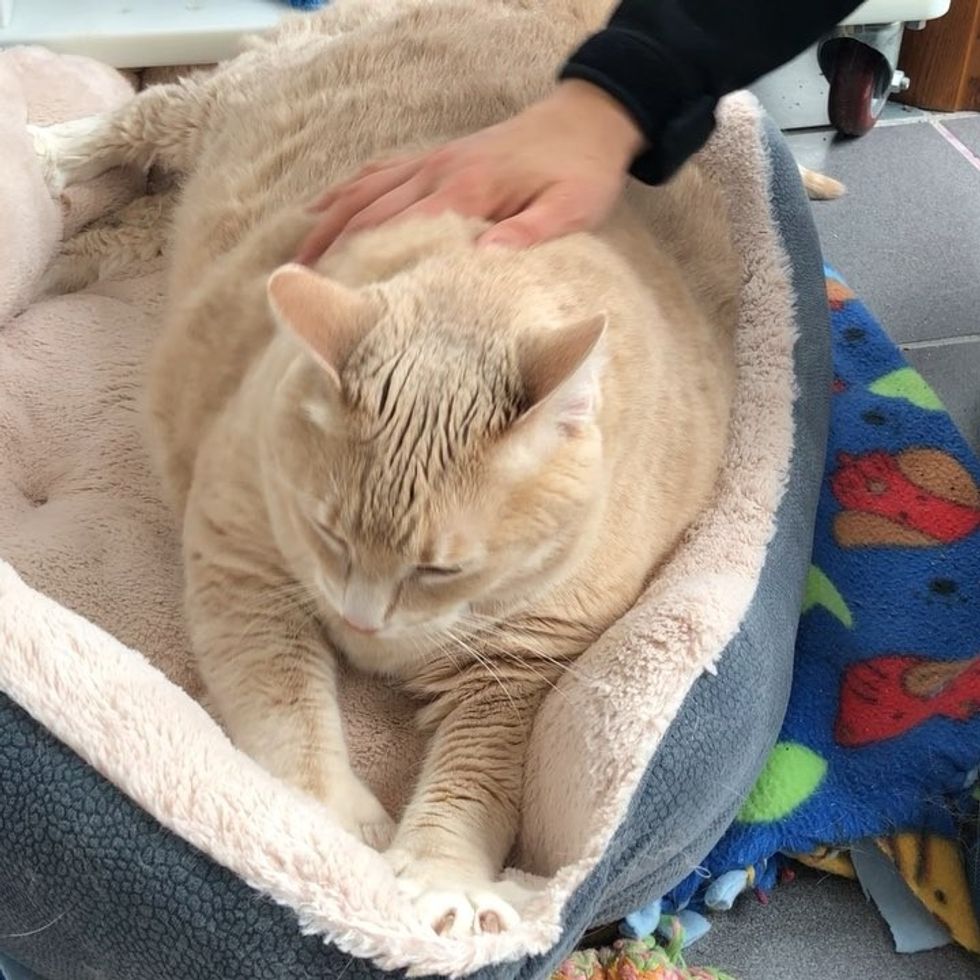 The ginger boy was purring up a storm as the couple was spending time with him. "He seemed super happy. The two of us kind of looked at each other and both seemed smitten with how cute he was being. This was the moment that we knew he was the one."

Bronson even got up and started walking with his human friends. The big fella was eager to be loved. "We took him home that day and we immediately knew that we had made the perfect decision." 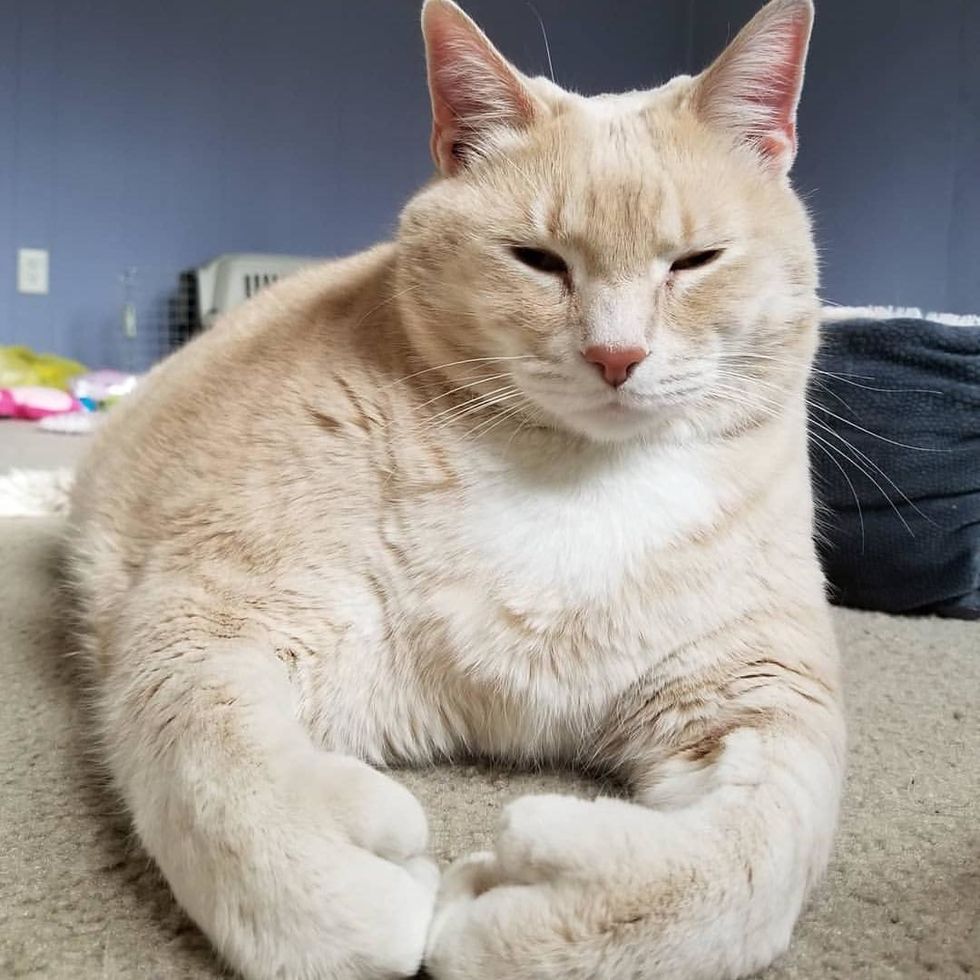 The next day, Bronson surprised the couple with him walking around and exploring the place. He was curious and liked to play with toys.

"We were surprised to find out Bronson wasn't really food motivated. He was prescribed a specific amount of calories by our vet and there were days when he didn't even finish his measured amount," Mike told Love Meow. 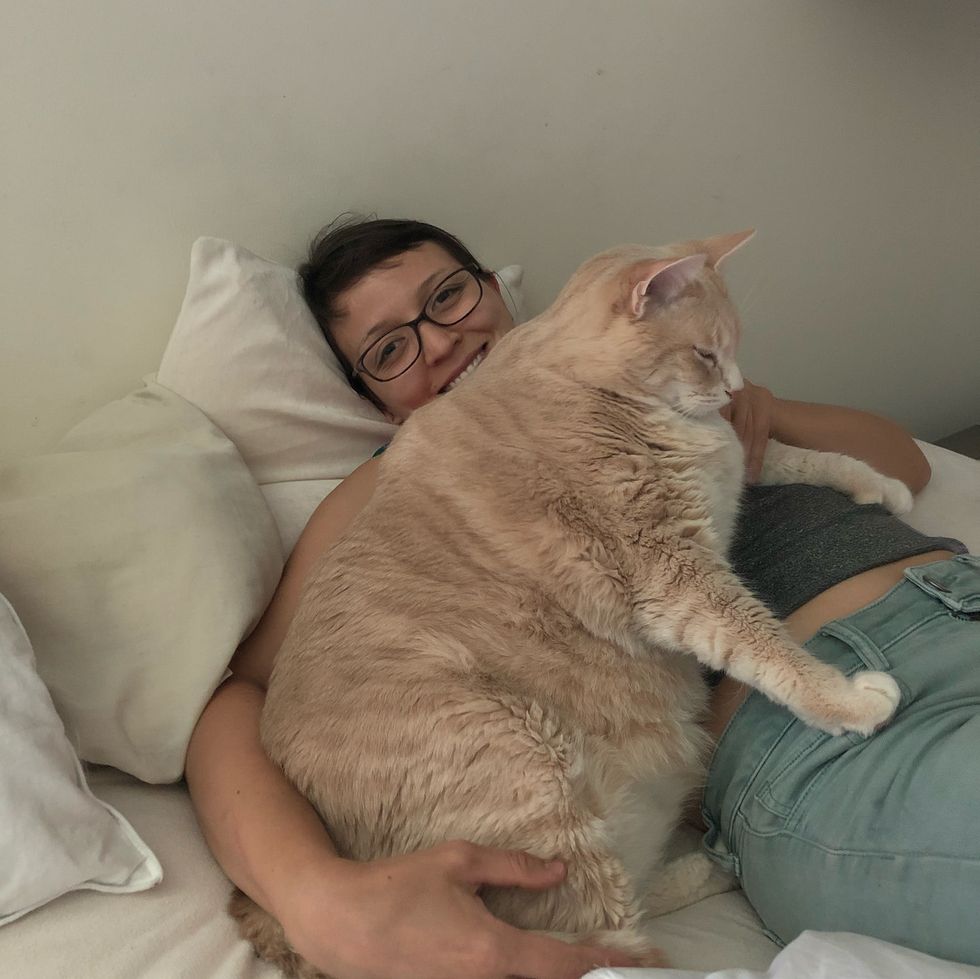 "We were worried that he would be losing weight too quickly, which can be very dangerous for some animals, like cats. Their livers can't handle quick weight loss like people can and they can get fatty liver disease. It turned out that he was still losing weight, but super slowly without finishing his prescribed amount of food."

"We have been working with our vet to work out the correct amount of food for him to lose weight through this process." 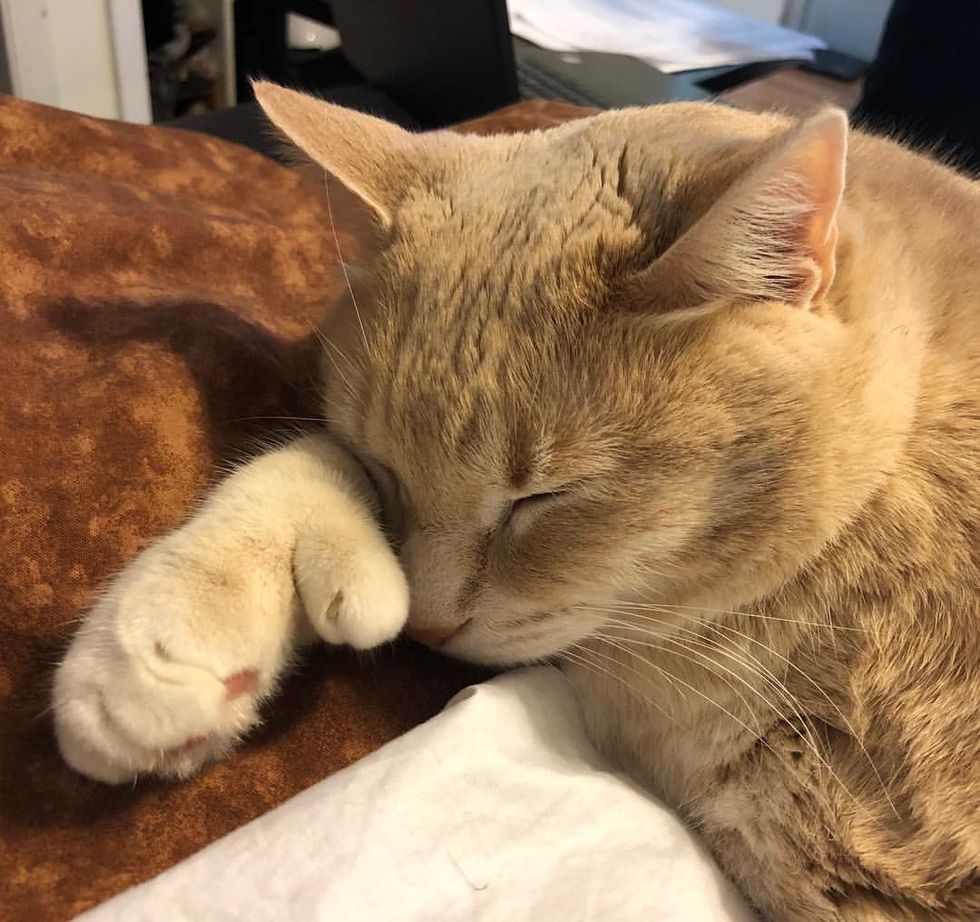 They began to document his whole journey on Instagram as they worked with him on becoming a more healthy Bronson.

"There have been weeks where he gains a little and we try to figure out why. One thing we found out via our home video cameras is that Bronson lives a very sedentary life and does not move around much during the day. So we have now prescribed him multiple playtime sessions each day to keep him moving." 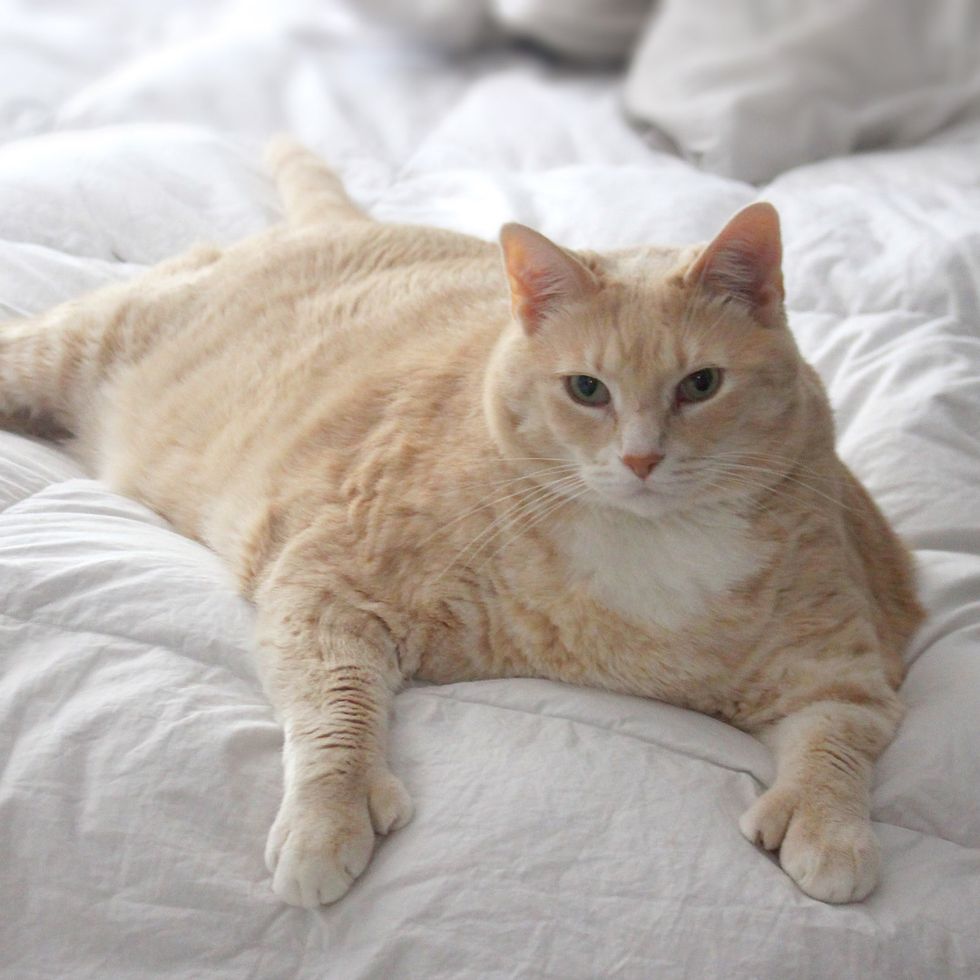 "He has a very loving personality and yearns for pets and scratches. He was a little shy with our two other boy cats, but now he is like one of the guys. He plays with our other cats and kind of follows them around the house throughout the day. He also waits by the door when we come home from work with the other cats and is active throughout the day, other than his midday nap, of course.

"We've been trying out different suggestions from fans from Instagram (after running them by our vet). Some of those have been raw food diet, food puzzles, different types of toys and ideas for exercise." 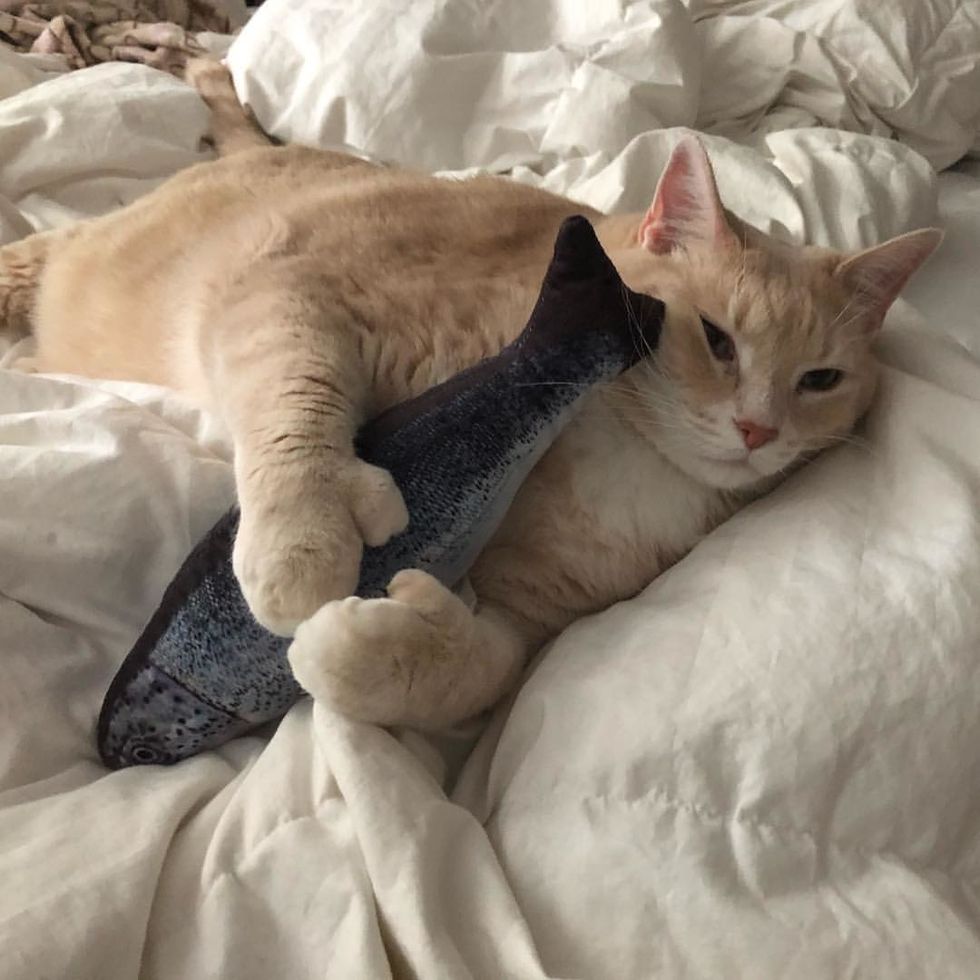 "It really feels like everybody wants him to succeed, which is so nice."

Today, sweet Bronson weighs at 31.3 lbs down from 33 pounds. He's on his way to a happy, healthy, purr-filled life. 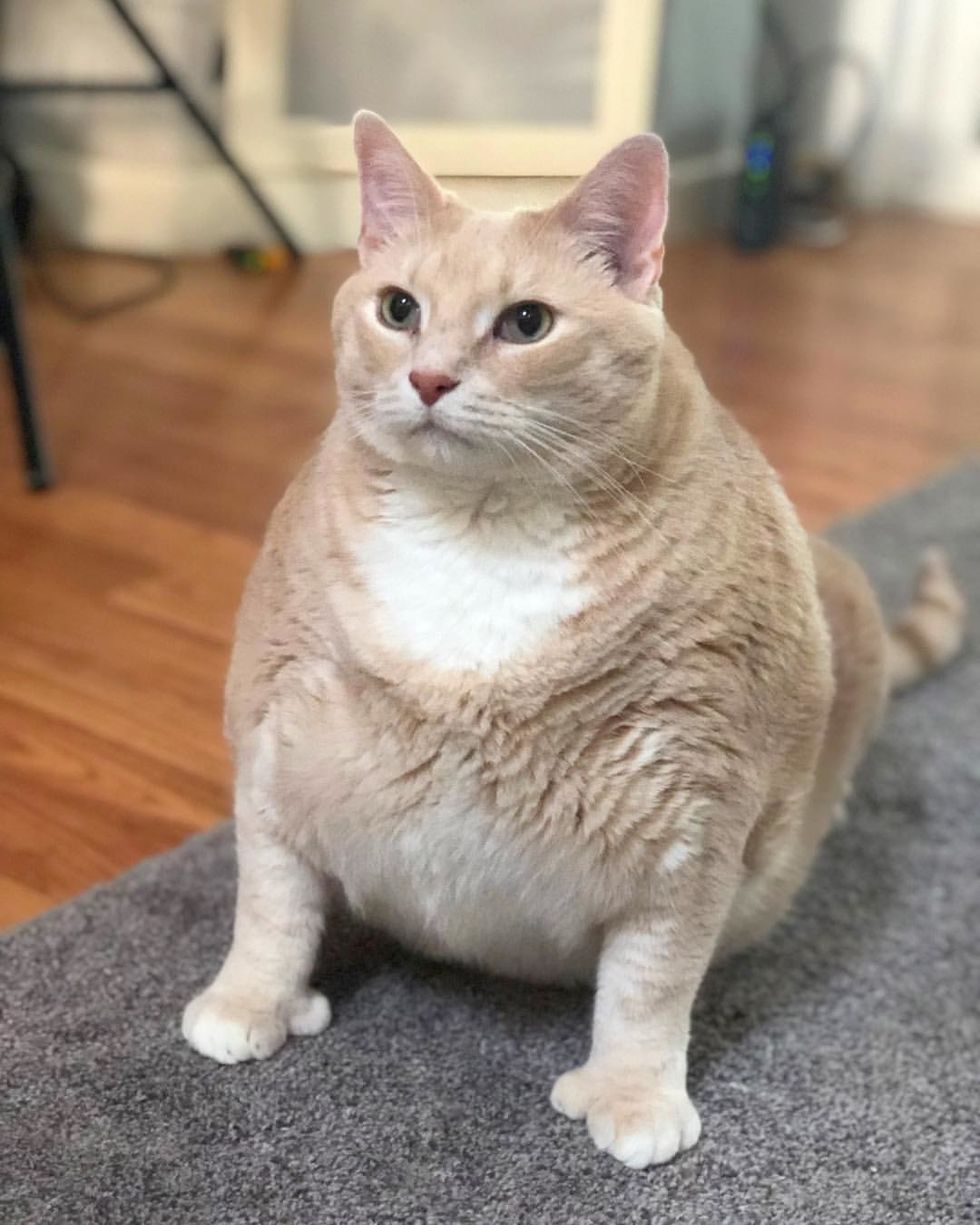