This ginger cat was born blind, but she has surprised her human dad with her amazing "supurrpower". She can do so much and even play fetch like a champ! 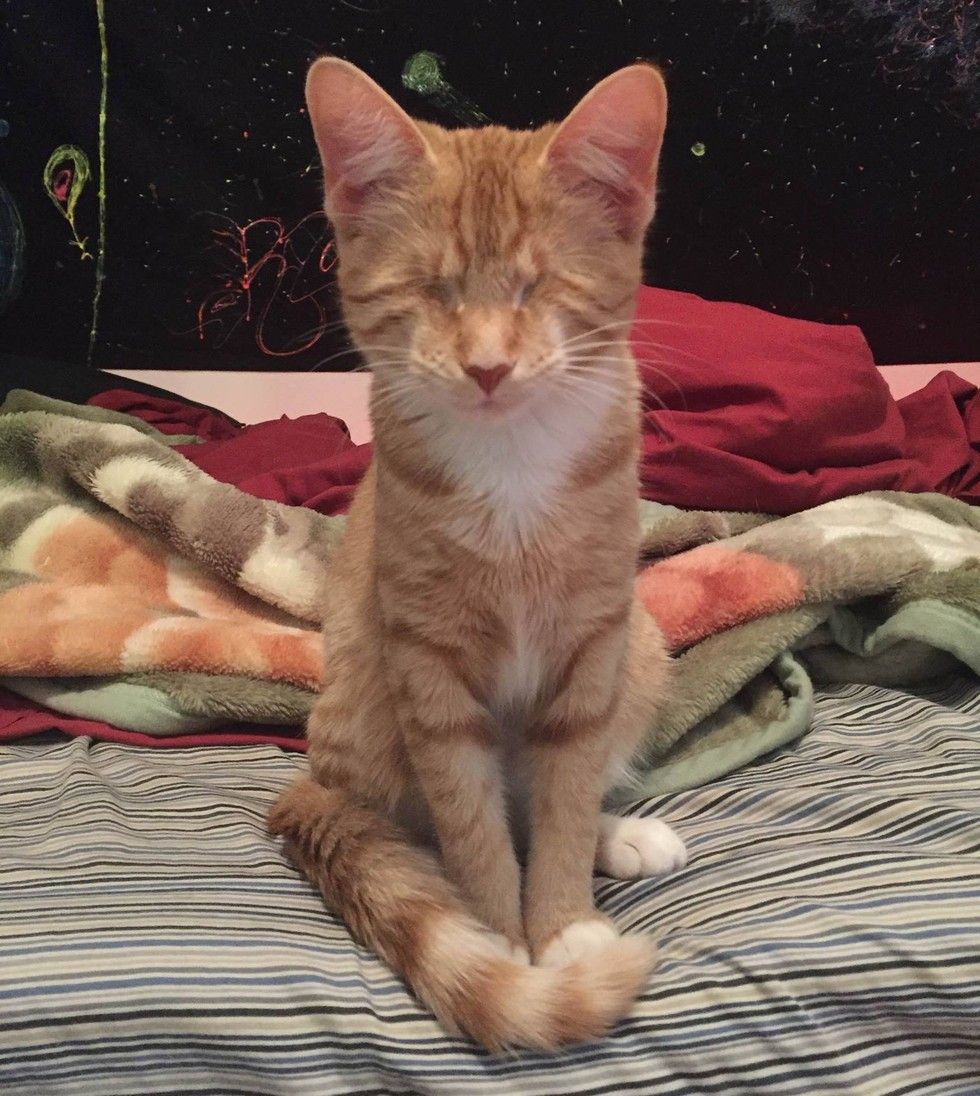 "Rey's first birthday will be May 30th of this year! I've had her and her sister (Leia) since November of last year. I adopted them from an agency in the suburbs," Alex, Rey's human dad, told Love Meow. "She was blind at birth, her charts say there was operation to close her eye sockets to prevent the possibility of future infections."

"I chose to adopt them almost on a whim, my girlfriend at the time sent me their pictures and I didn't think twice." 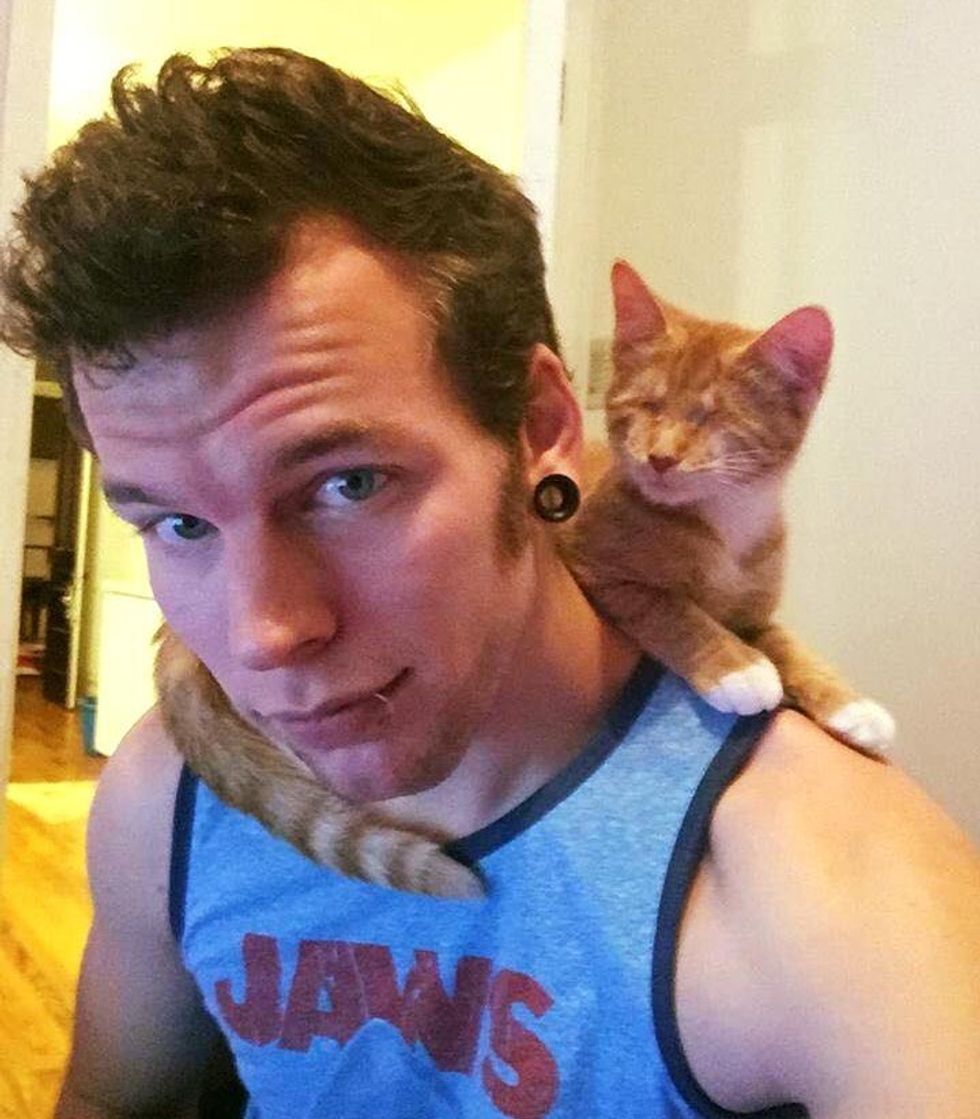 Alex, who has always been a cat lover, was planning to move into his own place at the time.

"I thought having some companions would be helpful for me. I was also very curious about how a blind cat would navigate and interact with the world. I love psychology and helping animals have great lives so I'd say those played big roles in my decision," Alex said.

"The way she navigates definitely surprises most people who watch her. She does seem pretty fearless!"

Rey cuddling with her sister Leia. 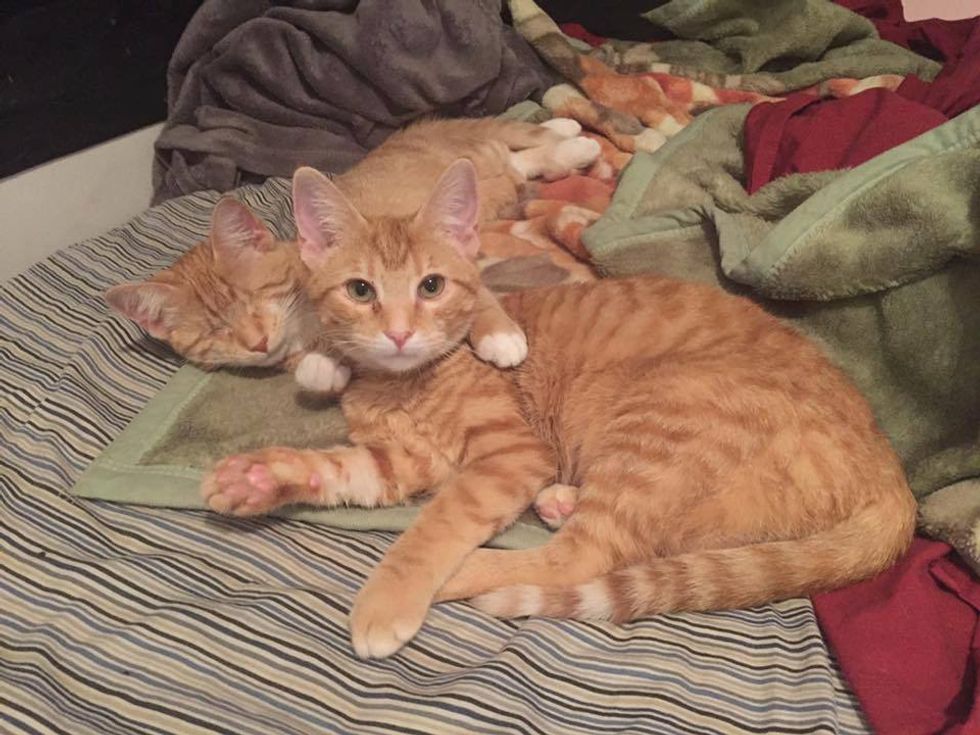 Rey doesn't have eyes, so she grew up training her other senses to help her "see".

"Her hearing must light up areas of her visual cortex to give her a sensation of sight I would imagine! The first time I realized she could fetch was when I was in bed and she brought a toy to me to play and I threw it and she brought it back. It was surprising and amazing," Alex told Love Meow.

This happy ginger girl doesn't think she's any different from other cats. Rey absolutely loves her life and nothing can slow her down. 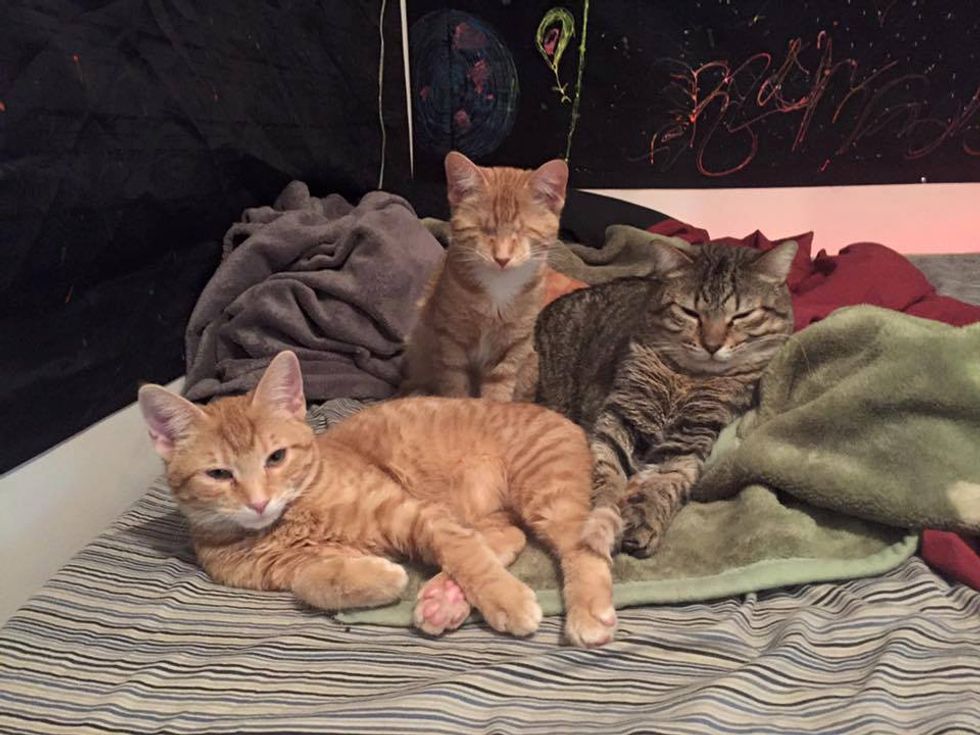 Rey has never ceased to surprise her human with her amazing ability to discover things. She's always the first to know what's going on around her.

"You can't hide your pizza from my nose!" 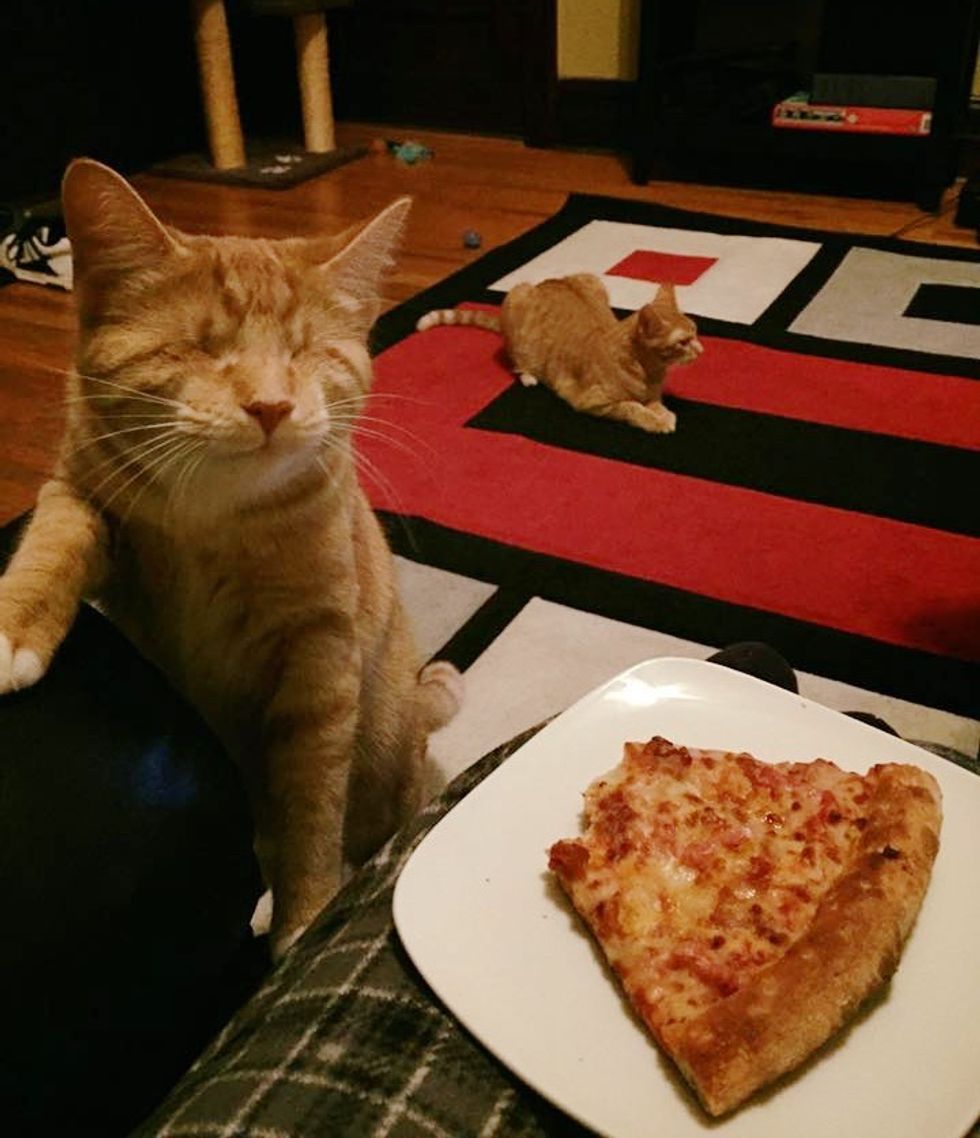 "I'd say her achievements that you can't see in photos is what's inside her head! When she discovers something new she has to memorize where it is, how tall it is...etc." 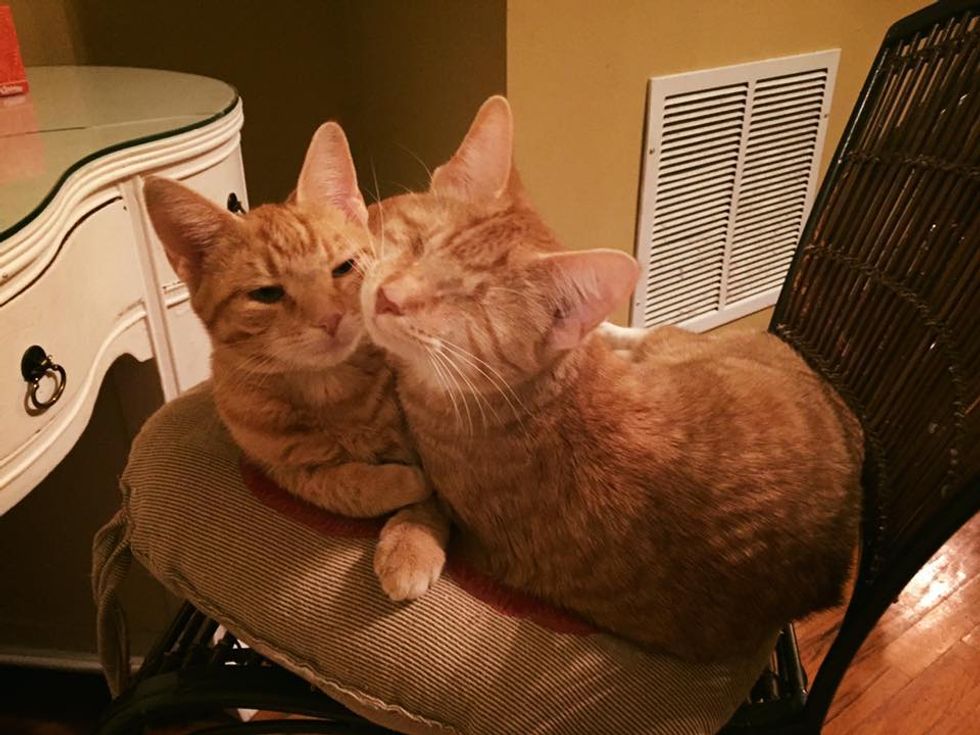 "She must have a complete map of my apartment in her head along with dimensions of most of the furniture we have here. She jumps up and down from most objects in the house," Alex added.

This is Rey's favorite chair in the house. 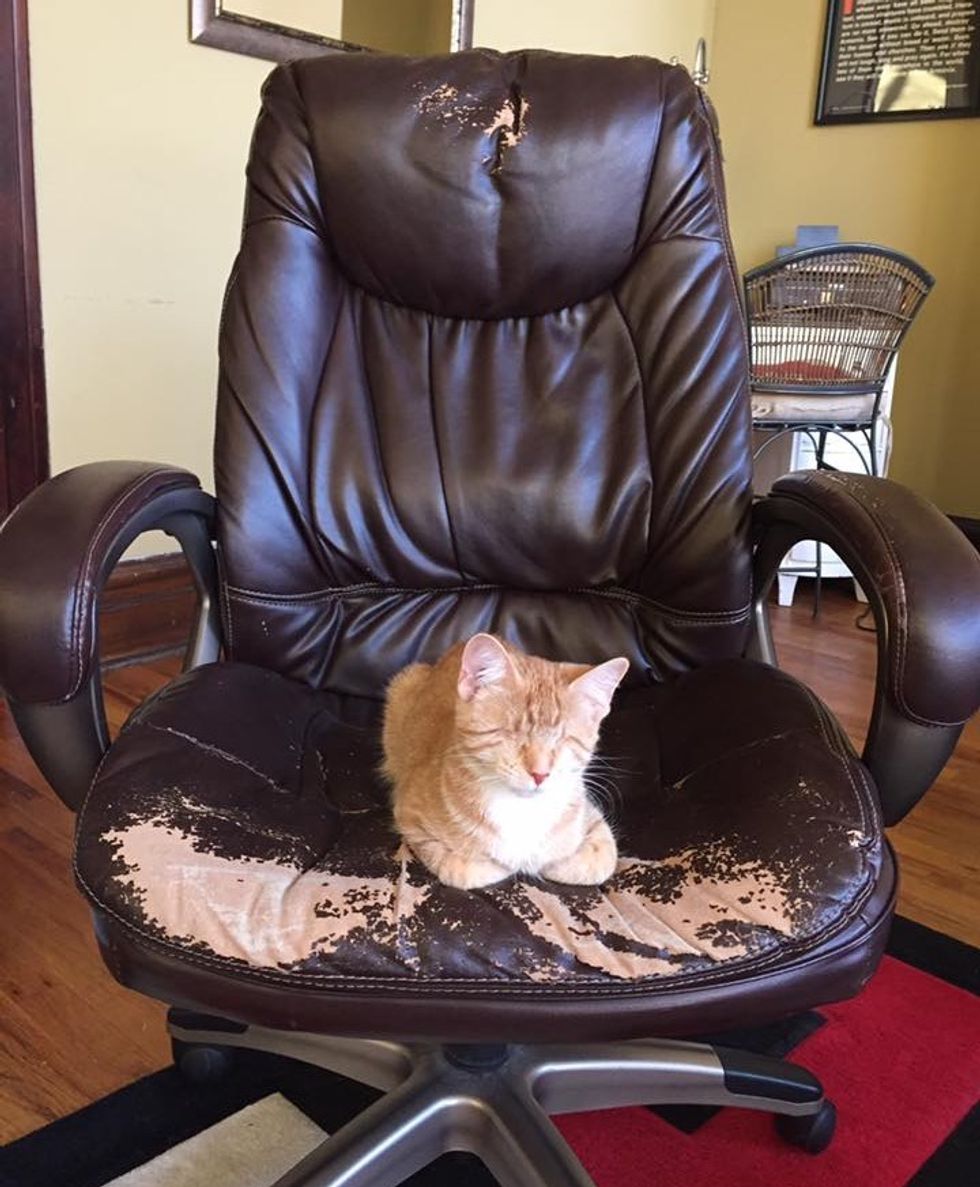 Rey figured out how to climb on her own.

"I have had nothing but positive experiences ever since I picked them up and I hope more attention to adopting these great animals reaches the surface."

Rey the super cat lives a great life and has no limits to what she can do. She doesn't have a pair of eyes, but what she has is the ability to amaze! 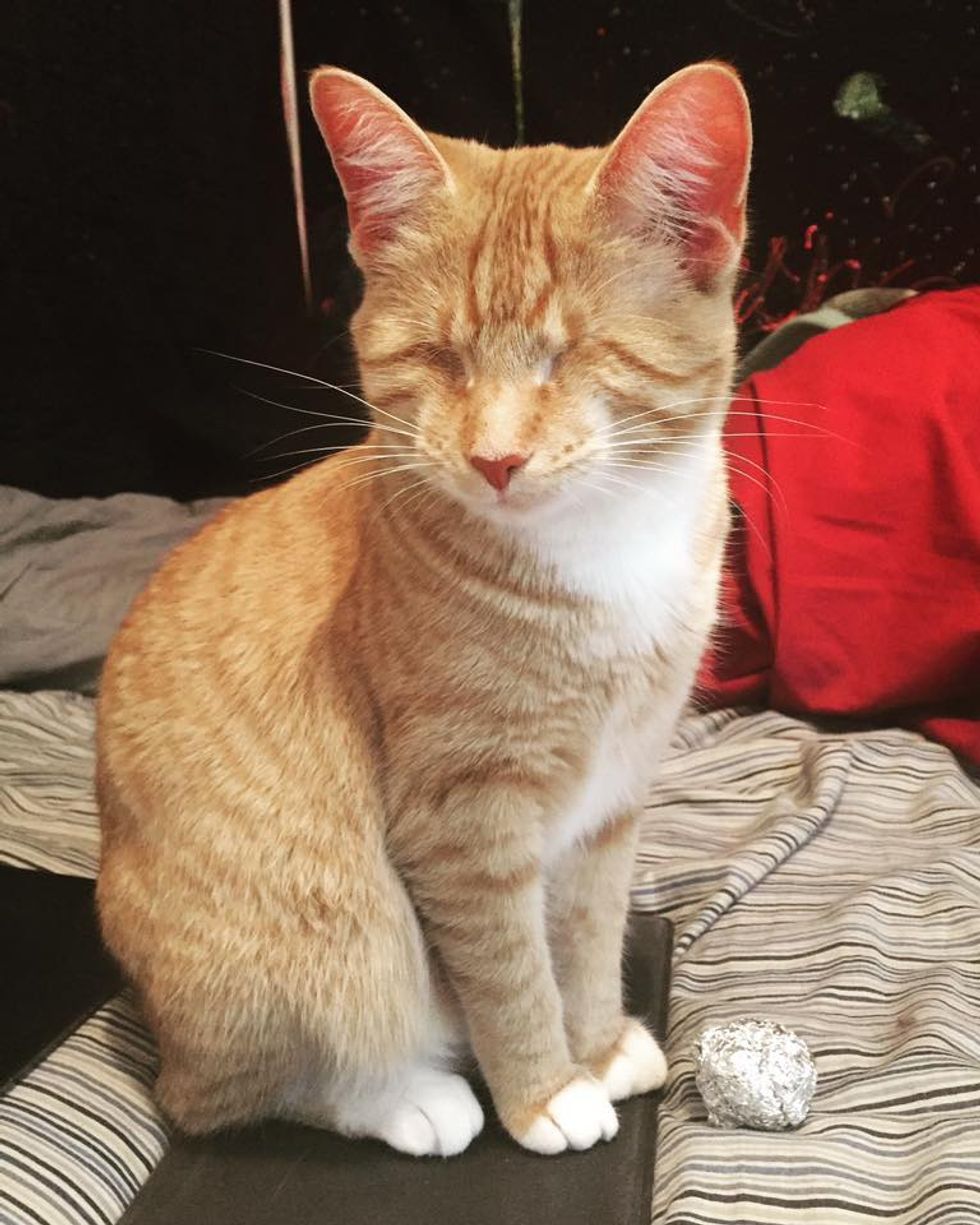