A stray cat gave birth to a litter of kittens on the streets of Las Vegas. One of them was determined to stand out. 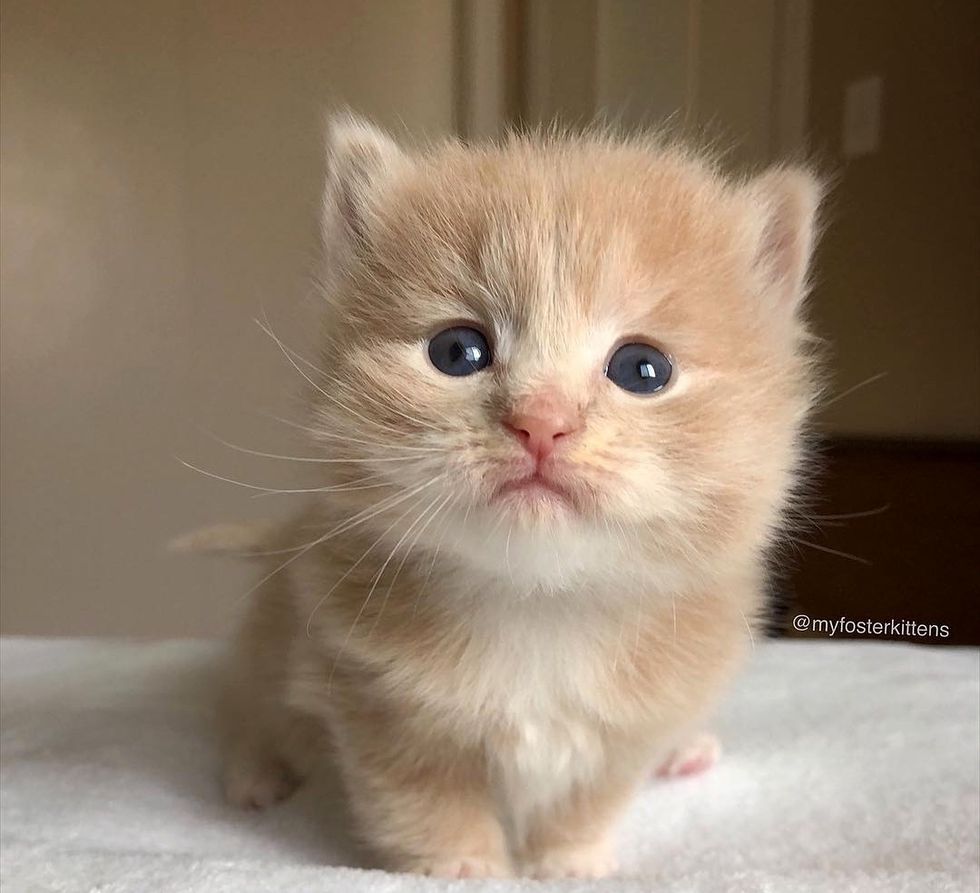 Nikki Martinez, a rescuer and foster based in Las Vegas, took in a stray momma and her kittens after they were rescued during a TNR (trap-neuter-returned) job. "Mama was living on the streets and delivered her babies outside. I took them in to foster," Nikki shared with Love Meow.

Two of the five kittens sadly didn't make it, but the rest of the family quickly settled in and began to thrive in a safe environment surrounded by comfort and love. They were named Mama Roc, Shebee, Pawlie and Relish.

Mama Roc came in with severe mats and knots, which made it difficult for the kittens to nurse. With help from a pet groomer, they were able to get all the tangles and mats shaved off her belly. 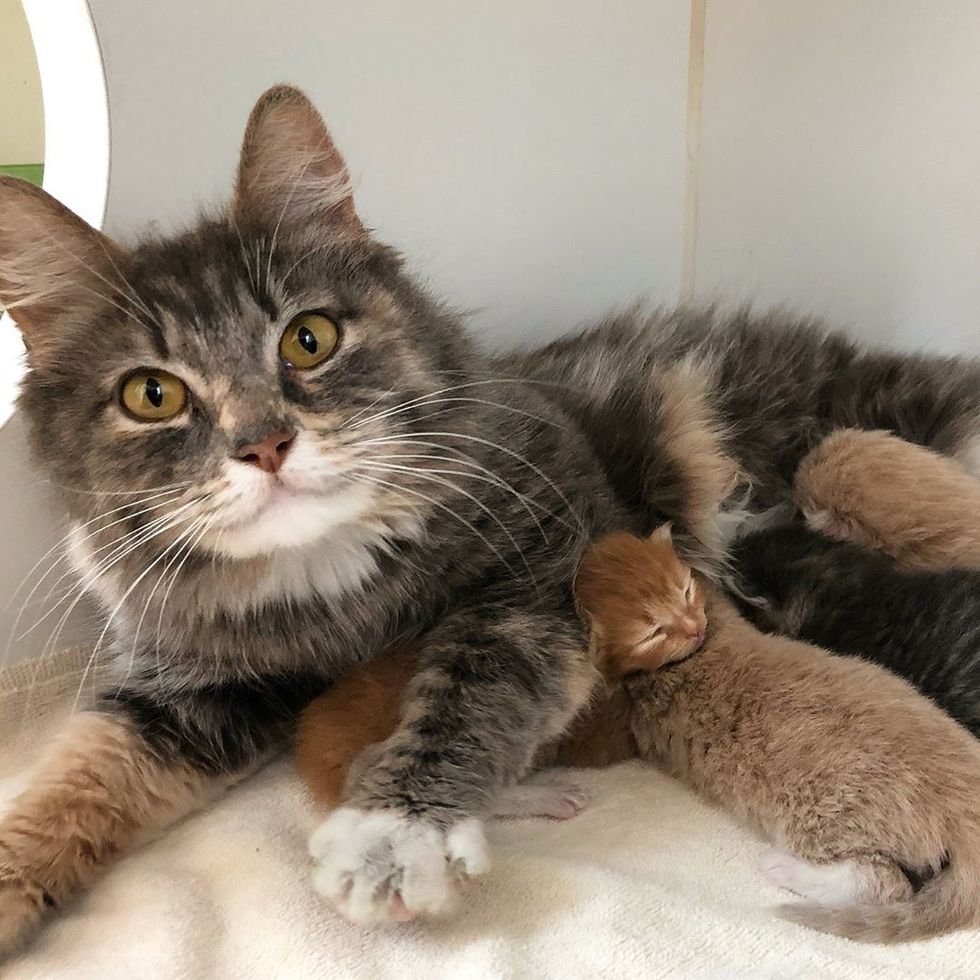 Mama Roc was so happy when she no longer had to endure pain caused by the matted fur and could finally nurse her kittens comfortably in her cozy nest.

"She was very friendly and definitely socialized by someone at some point, but she was never really cared for because she was not spayed and was filthy and living outside," Nikki told Love Meow. 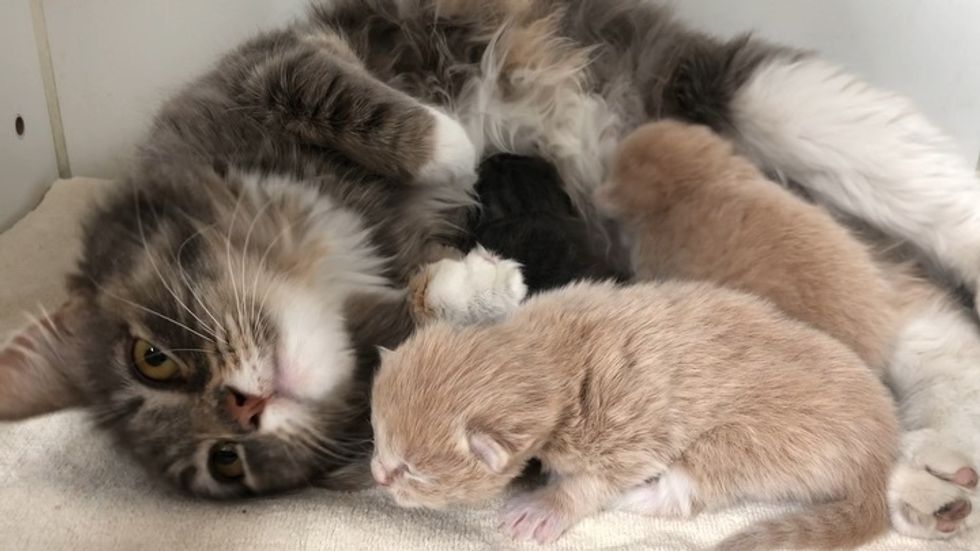 The kittens grew bigger and stronger every day. As their personalities began to shape, one of the kittens, Pawlie, was determined to stand out. 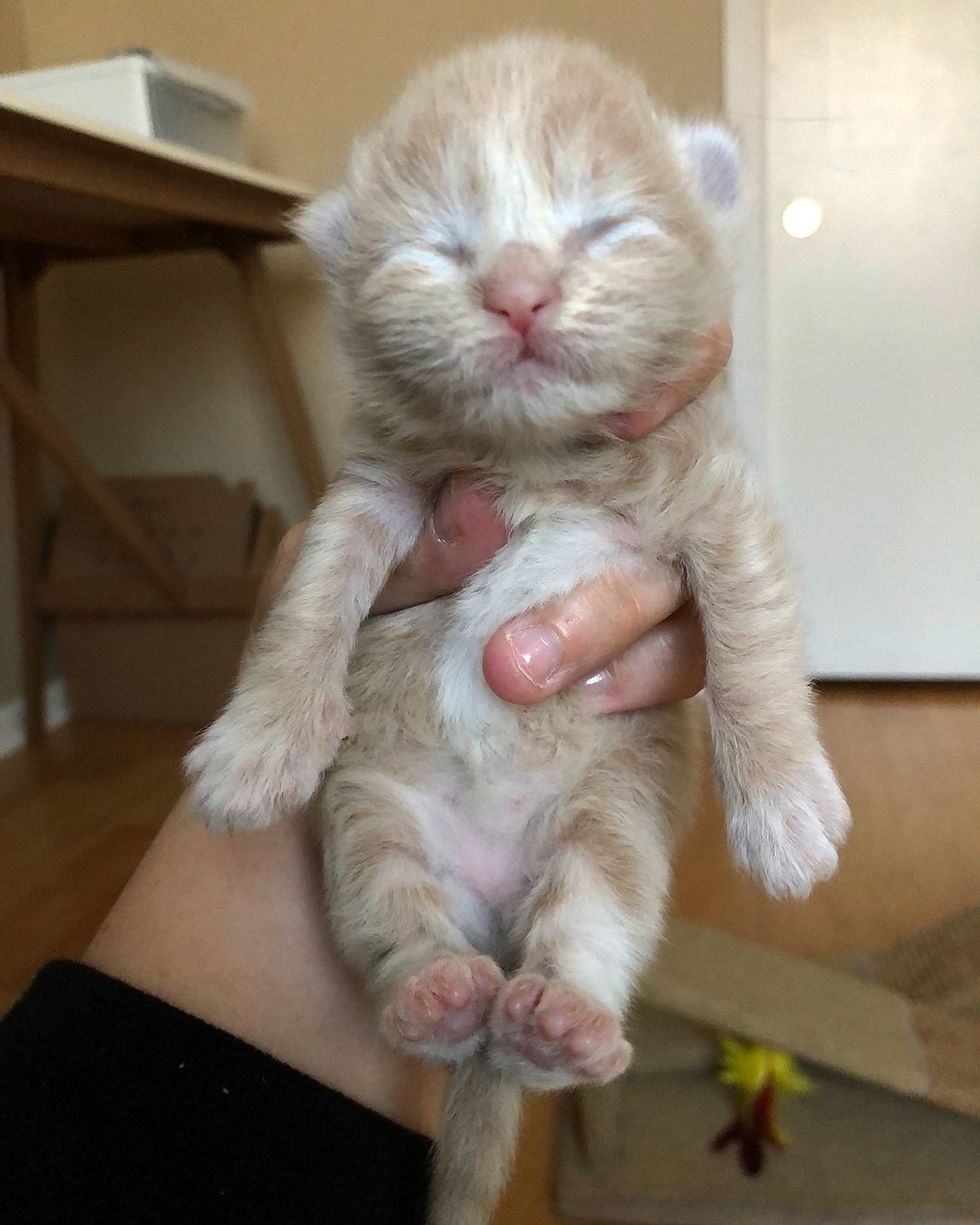 She's brave, confident and adventurous, and likes to show off her fancy footwork when she puffs up and hops around in front of people or other cats.

The mighty little kitty fears nothing and is quite the mischief-maker. 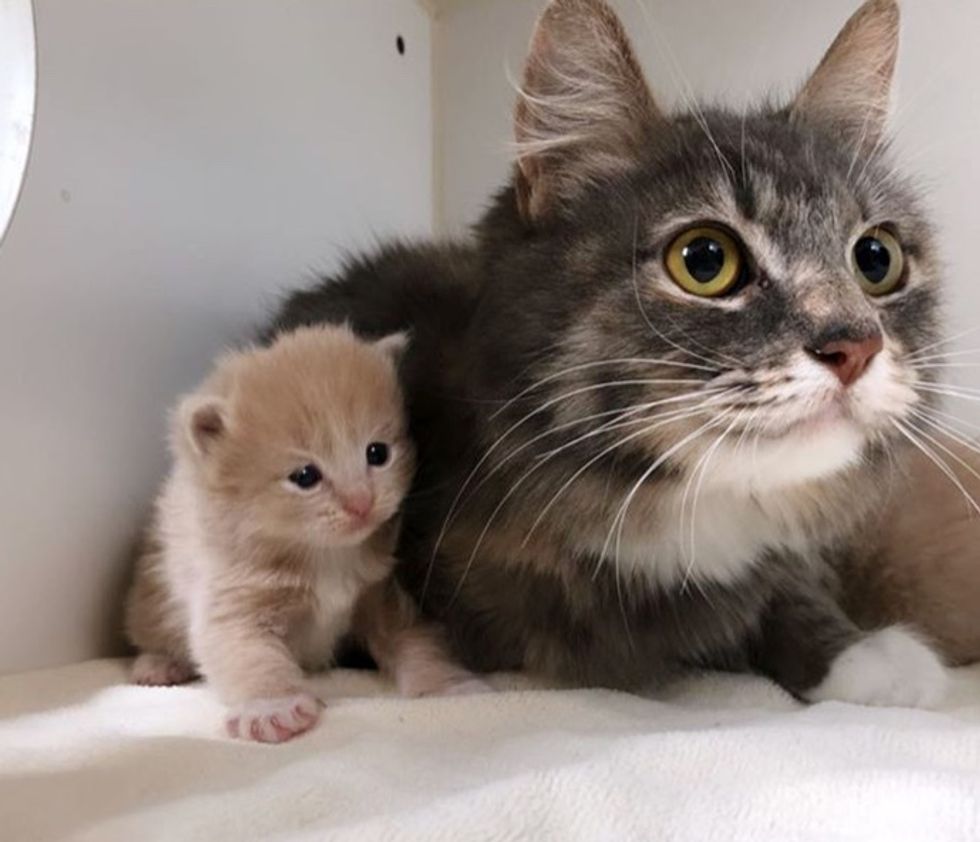 She will relax in your arms like a ragdoll when you cuddle with her but doesn't mind if she takes a tumble when she plays.

Pawlie has all sorts of tricks and antics up her paw. She's a little shining star in her family. 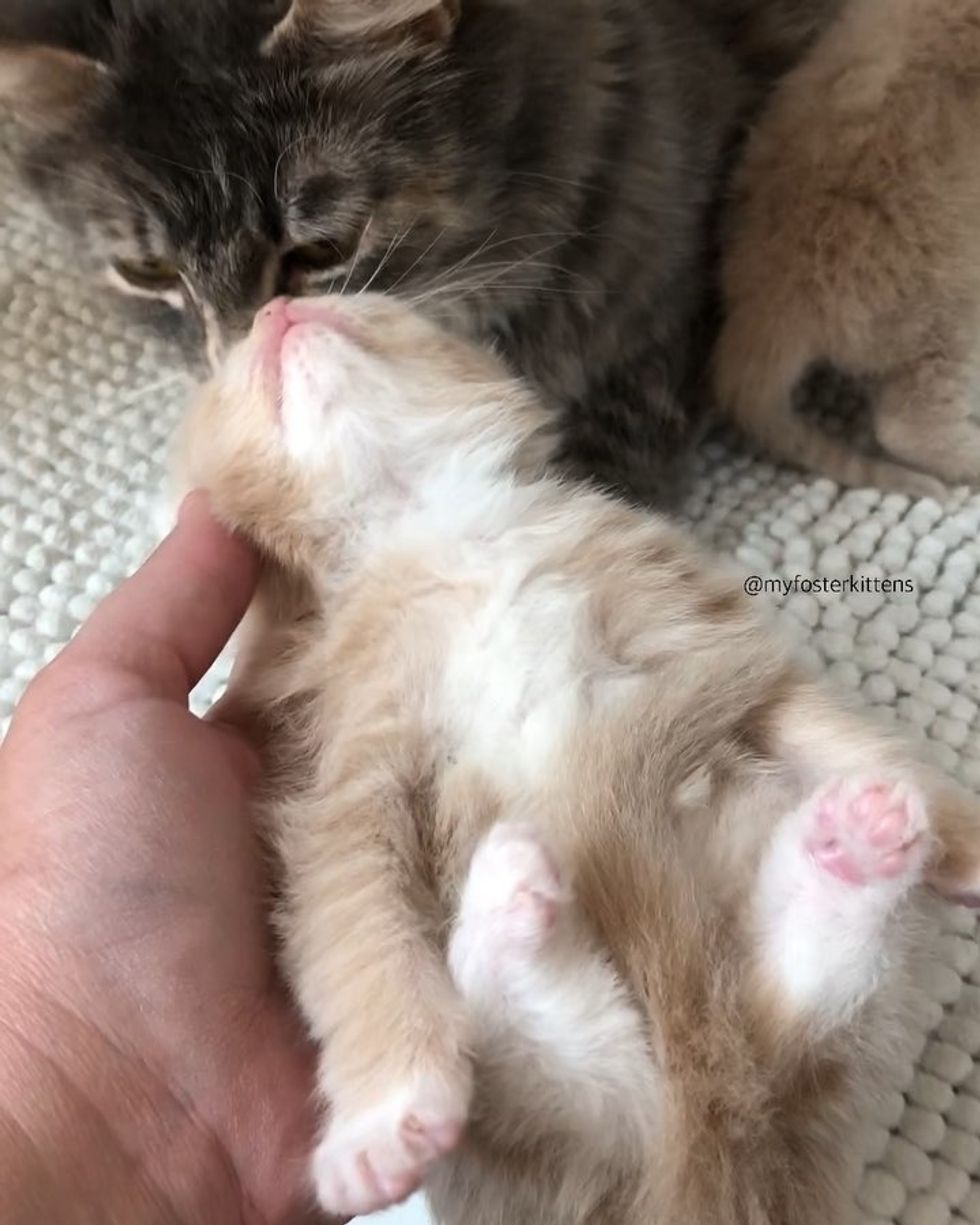 She's tiny but tries her utmost to look big and endearingly tough.

Watch Pawlie and their rescue journey in this cute video:

Cat and kittens rescued from streets - one of them is determined to stand out youtu.be

When she is not crab-walking across the kitty room, she's honing her chattering skills or climbing to the top of the cat tree to show off her strength. 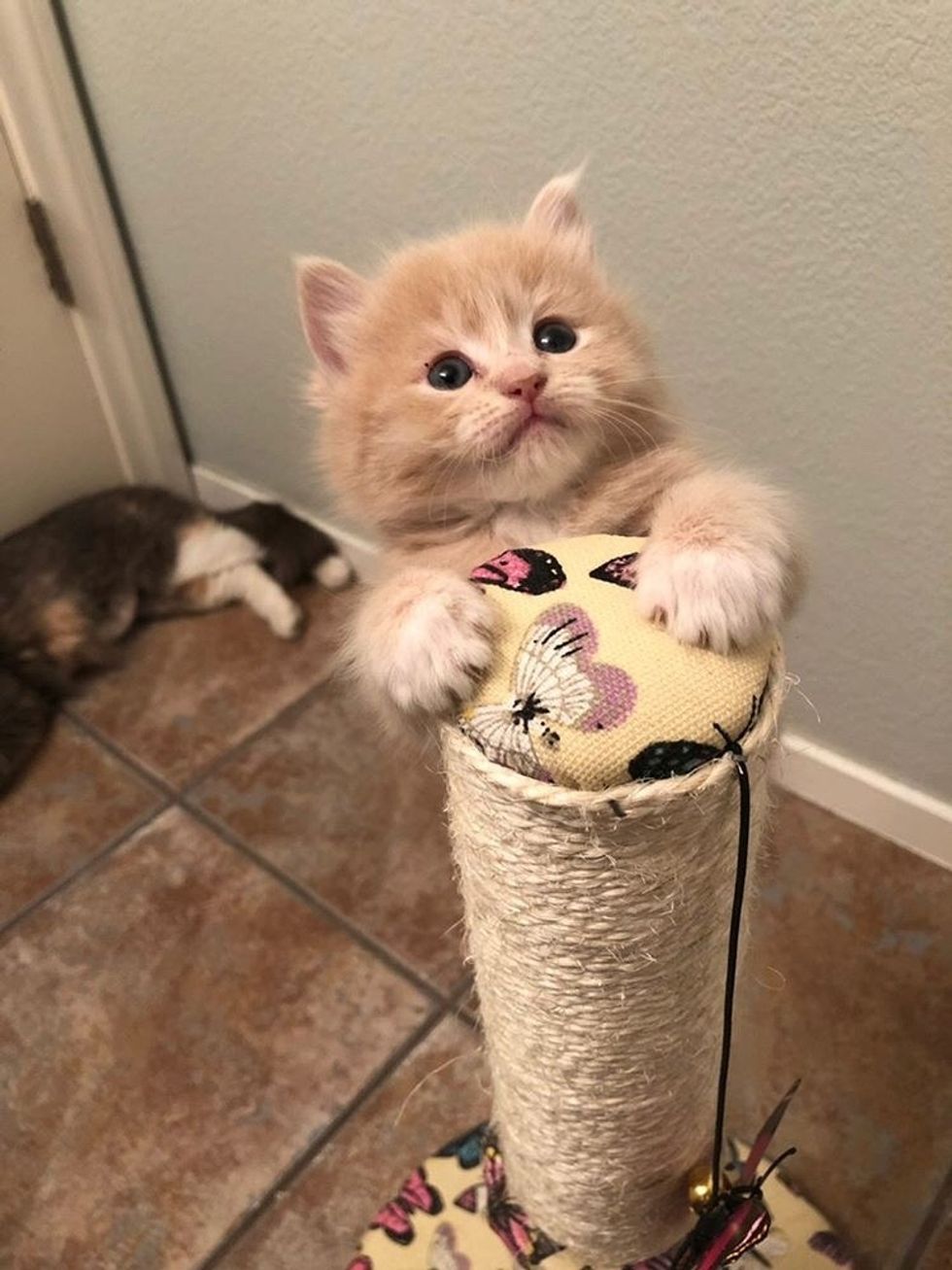 The kittens have grown by leaps and bounds and are now ready for their forever homes.

"Mama Roc (now renamed Maisie) is in her new home. Her milk is drying and she will be spayed next week. All the babies were spayed today including Pawlie. The cycle stops here," Nikki told Love Meow. 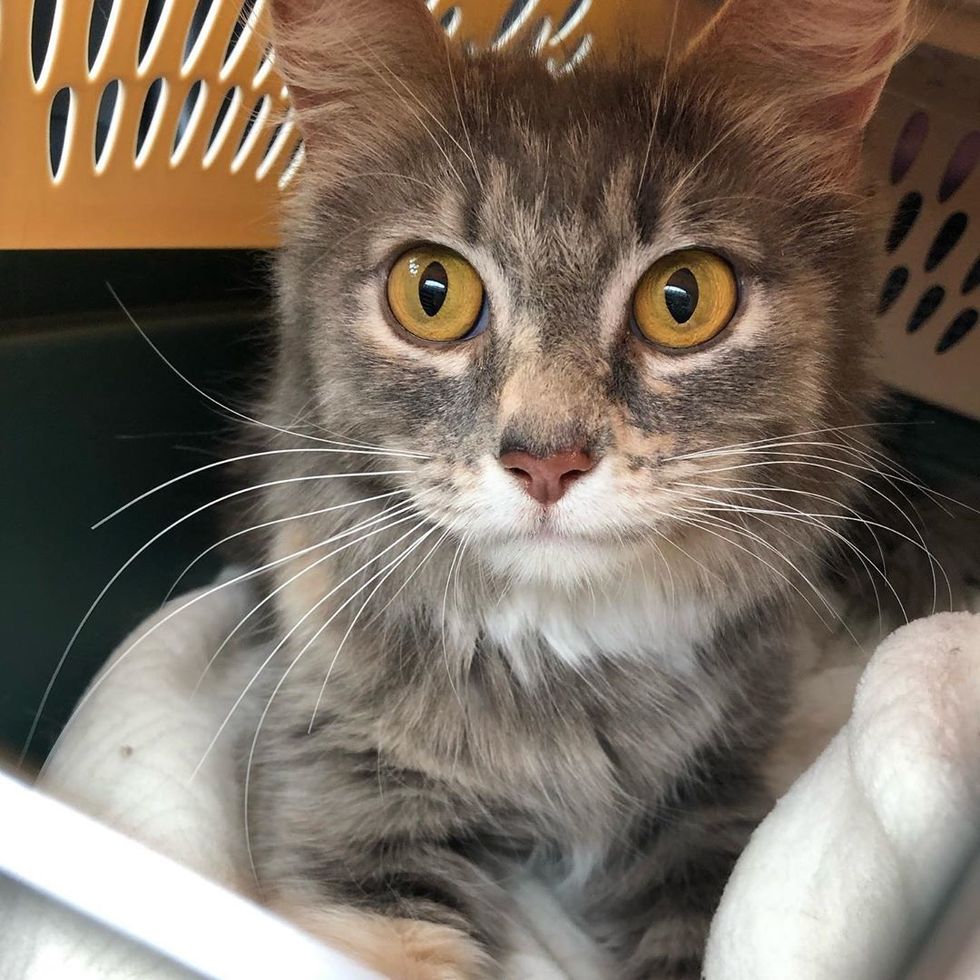 This sweet little family has come a long way. They no longer need to worry about food, shelter and the unknown elements of the outdoors.

They are the lucky ones among approximately 250,000 stray/feral cats living on the streets of Las Vegas. 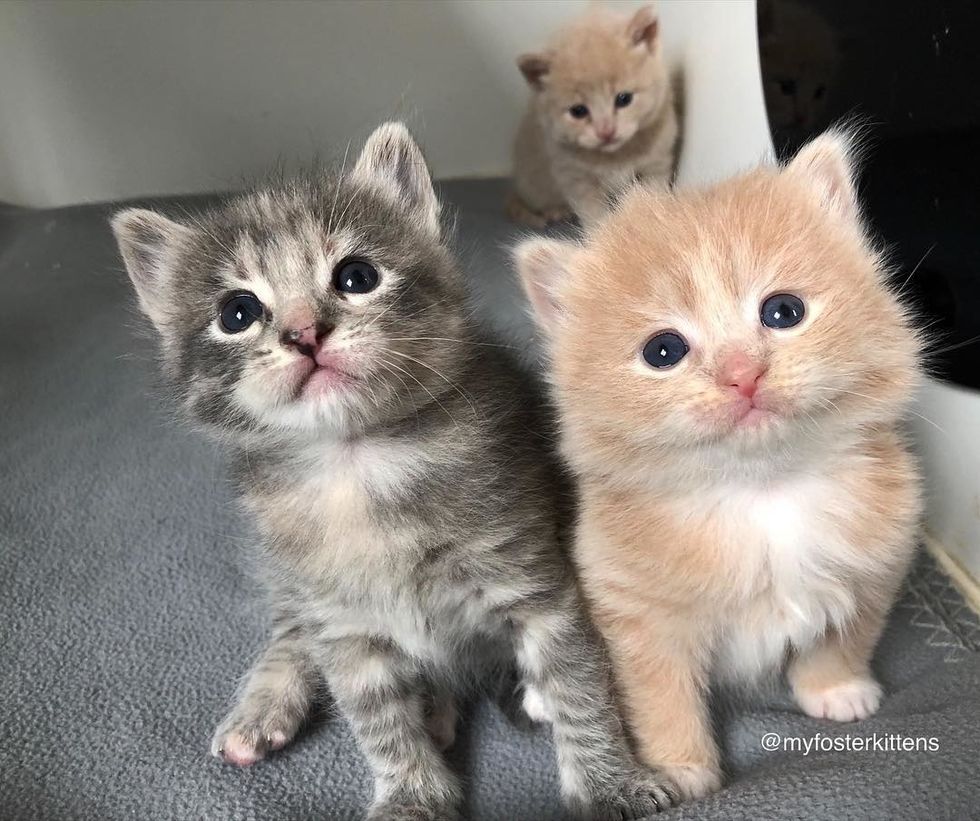 "While caring for a mama kitty and her babies is certainly adorable, the reality is that 2,300 cats/kittens just like these babies are euthanized in shelters every day because of overpopulation," Nikki said.

"'Fostering saves lives' isn't just a hashtag, it's true! If you want to experience young kittens, call your local shelter or cat rescue and let them know you would like to foster." 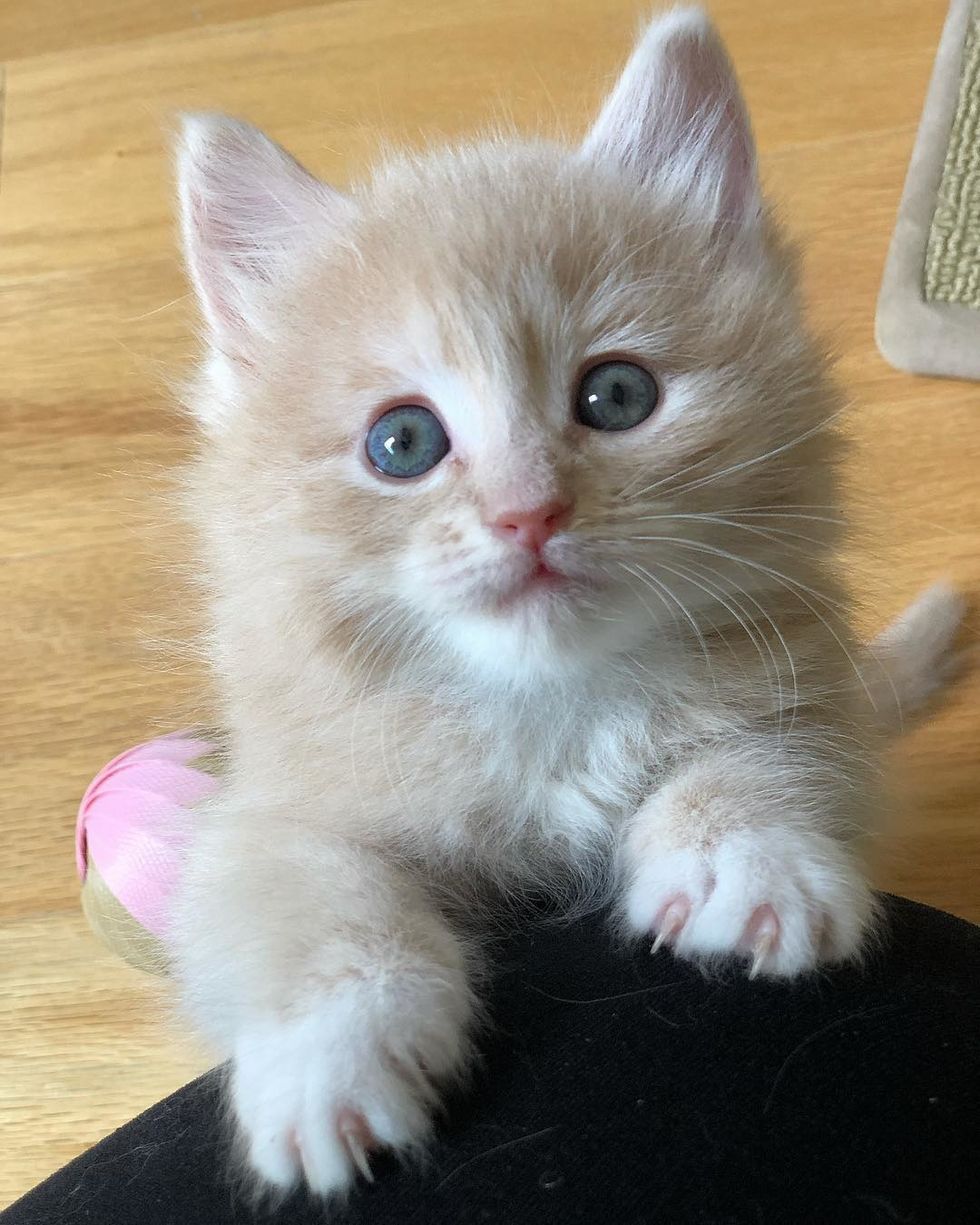 Little Relish will be joining Mama Roc (Maisie) this weekend at their forever home. Shebee is going to a new home with two feline siblings.

"Pawlie will be the little sister to one of my former fosters soon and I can't wait to see them together," Nikki said. 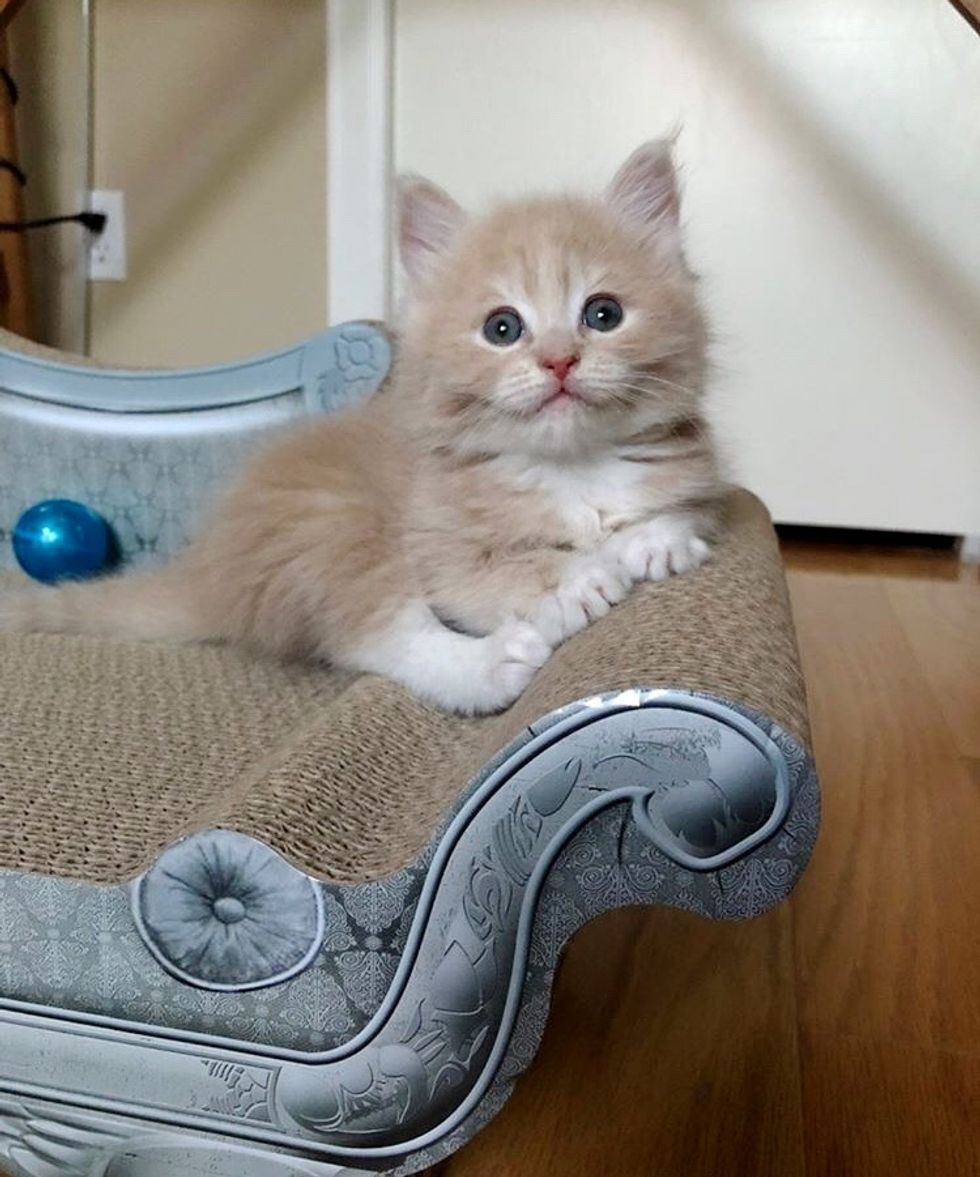 Related story: Kitten Gets Her Smile Back After Rescuers Saved Her from the Street Hours After Birth