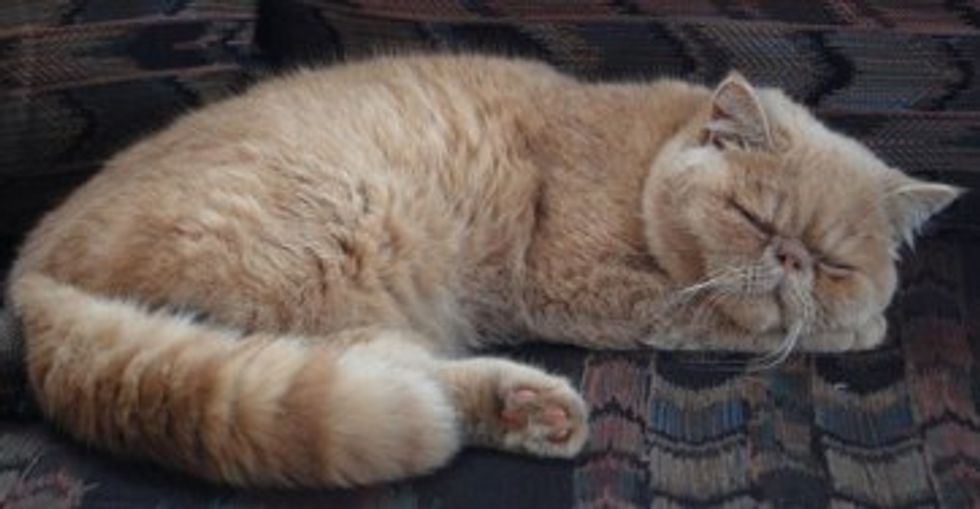 Cat Men is On the Rise

The number of men, especially heterosexual men, that own one or multiple cats,  is on the rise. The concept that dogs are men's best friends is an old dinosaur. Today men with cats are perceived as more secure, stable, and less showy about their masculinity.

There are photographs, videos and websites made to demonstrate the close bond men share with their feline companions nowadays. They are even twittering and sharing anecdotes about their cats on the web. menandcats.com is a website that believes that "Real Men Love Cats." There is even an Engineering Guide to Cats on Youtube created by a professional engineer and his engineering assistant.

Clea Simon, who wrote “The Feline Mystique: On the Mysterious Connection Between Women and Cats,” said: “I do think it has become more acceptable for men to own cats — partly for practical reasons, like the growing realization that they’re better city pets, and partly the whole acceptance of our cross-gender traits that men crave intimacy, too.” - Sorry, Fido, It’s Just a Guy Thing

84 percent of readers from PetPlace.com think that real men do own cats. One reader particularly pointed out that the cat loving men are the intelligent, caring and aware ones. 790 people from the United Kingdom were surveyed back in 2005 to see how they felt about a guy who owns a cat. Majority responded that "it was cool for a guy to own cats."

Many women see guys with a cat as more grounded and secure because they do not try to showcase their masculinity like the way those do with a dog.

In fact, Mr. Scalzi thinks that dogs are for the weaker of spirit, since the dog is, in effect, “your wingman.”

“If you’re feeling insecure about your space in the world, you get a dog because he will always back you up,” he said. “He’s the insecure man’s best friend.”

A man with a cat, on the other hand, “is secure with himself,” he said. “He’s sharing his space with a predator.” - Sorry, Fido, It’s Just a Guy Thing

There are many practical reasons why more men are having cats as their pet. Cats are more independent than dogs and require far less attention and time. Their low maintenance personality suits many men who are busy with their career and may not be able to space out a lot of time to do things like those required with a dog. You do not need to walk a cat nor do you need to do much to maintain its hygiene or keep it happy. Cats often go mind their own business after you pet them. They groom themselves and will do just fine sometimes playing toys on their own or with other cats.

According to the Cats Protection study, they discovered that it is more likely for a male cat owner to sacrifice for their cats at the expense of their finance or recreational time than for a female cat owner. Also, there are as many single men as their counterpart single women who would choose their cat over a friendship or a partner.