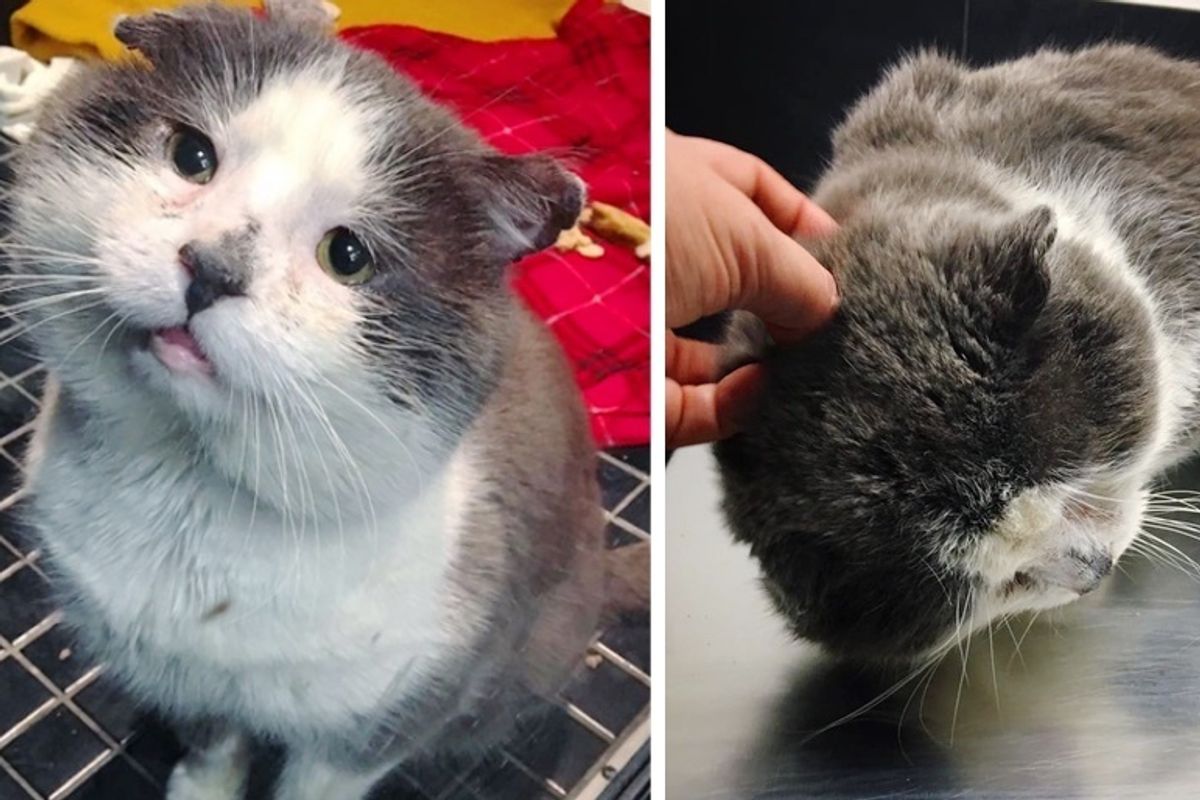 A cat who had lived on the streets most of his life, finally had his dream come true.

Barney the alley cat survived many treacherous winters and had used most of his nine lives. 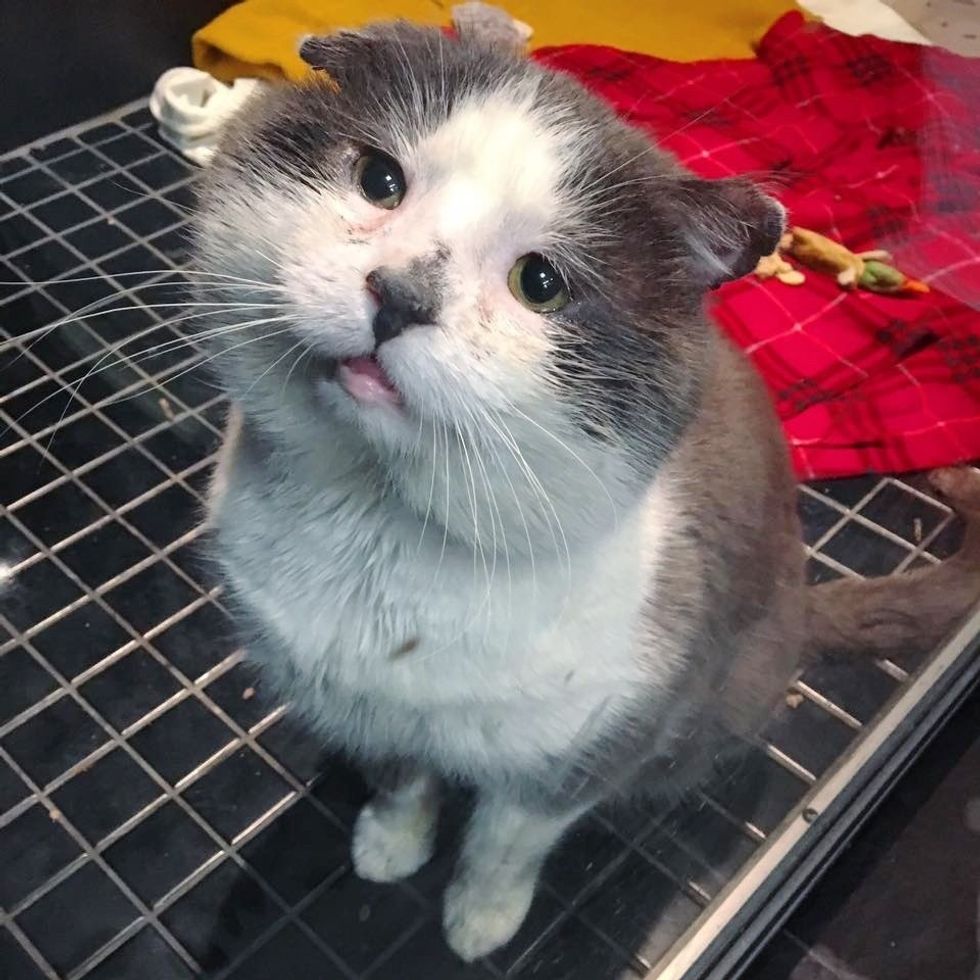 Five months ago, this 6-year-old tom cat was found gravely ill and brought to Chatons Orphelins Montréal as he needed immediate medical attention. "The kitty was living in a neighborhood (in Montreal, Canada). He survived the winter because he managed to fend for himself, even though one of his ears froze," Celine Crom of the rescue shared with Love Meow.

"People in the neighborhood fed him but no one was taking care of him. He was a big alley cat that everyone was used to seeing."

Despite having food to eat, he fell ill when years of street life had finally taken a toll on him. They took him to the vet where they discovered that he was un-neutered, covered in battle scars and tested positive for FIV (feline immunodeficiency virus). His coat reeked of urine, and his eyes were very runny. 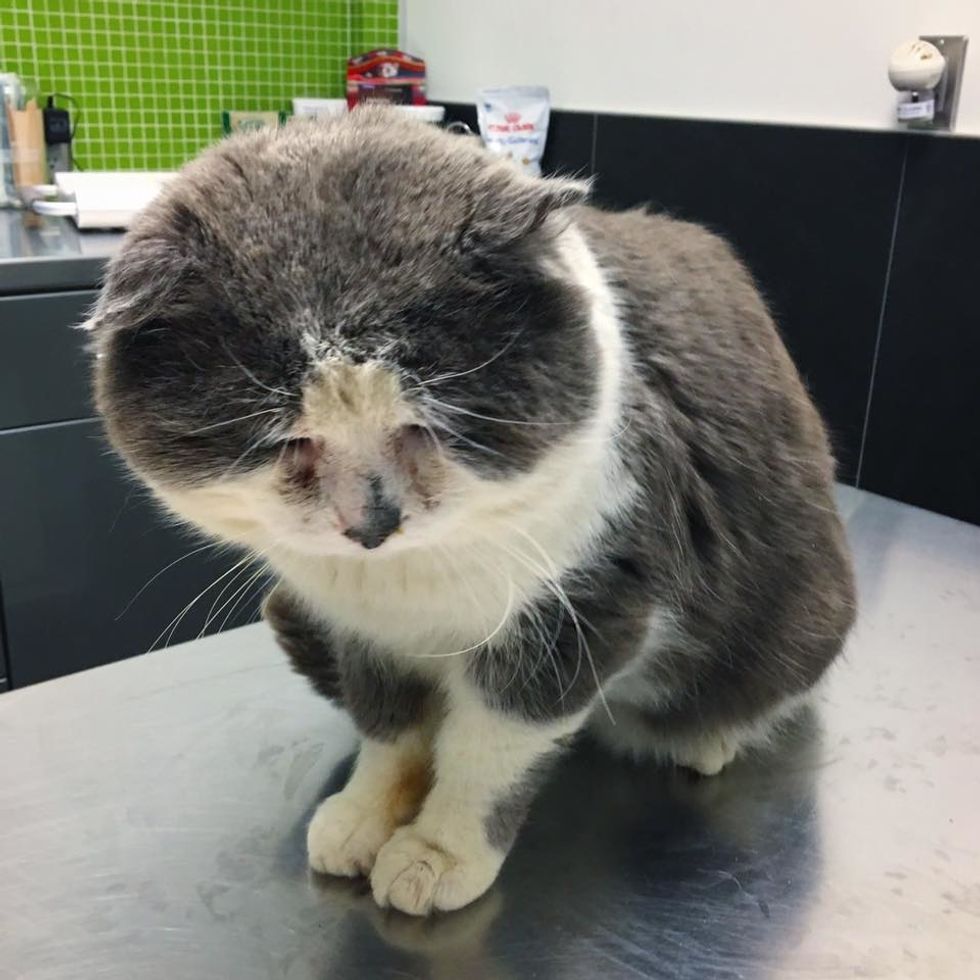 Barney had trouble breathing because his nose was completely clogged. One of his ears withered due to frostbite and he would need dental treatment and treatments for parasites and ear mites.

Despite having an array of health issues, all he wanted was some snuggles and ear scratches. 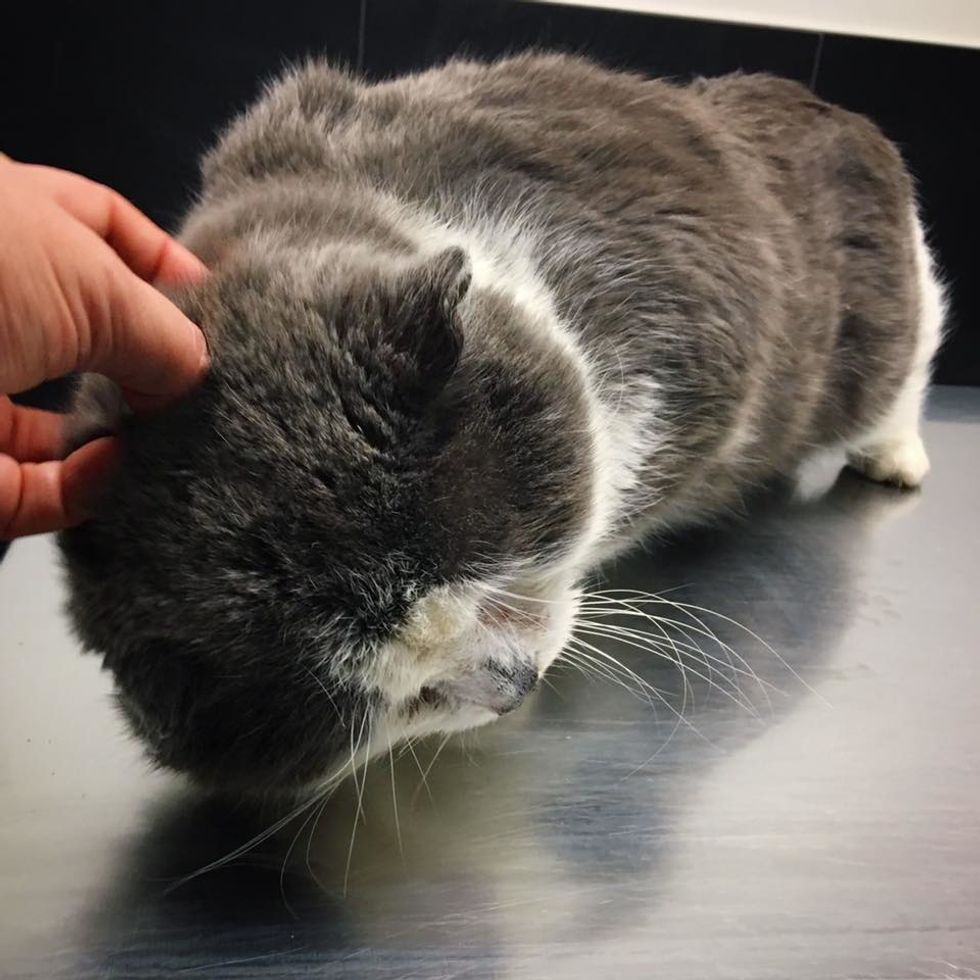 "This big teddy bear came straight to us for some affection. He had very big cheeks, strong muscles. He had to be the king of his neighborhood," the rescue added.

Barney was put on medication to help him fight his illnesses. After two months of recovery, he was finally healed and ready to have his neuter surgery. 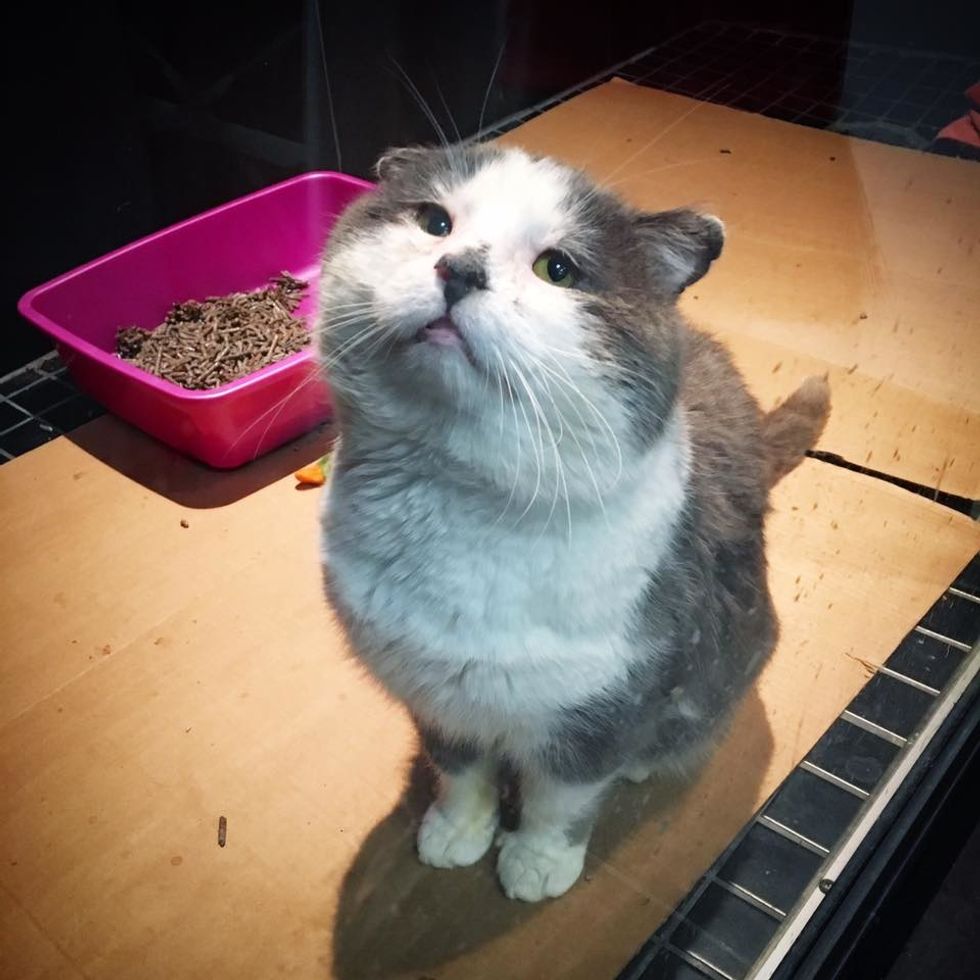 "He had a lot of damage when he came in after spending the winter outside. He was lucky that we found him in time to treat him. Now Barney snores a bit when he's asleep. One of his eyes remains a bit runny because of the wound he had on his eyelid.

"He's going to stay like this - those are the tracks of his past on the streets. But we love him and he's unique." 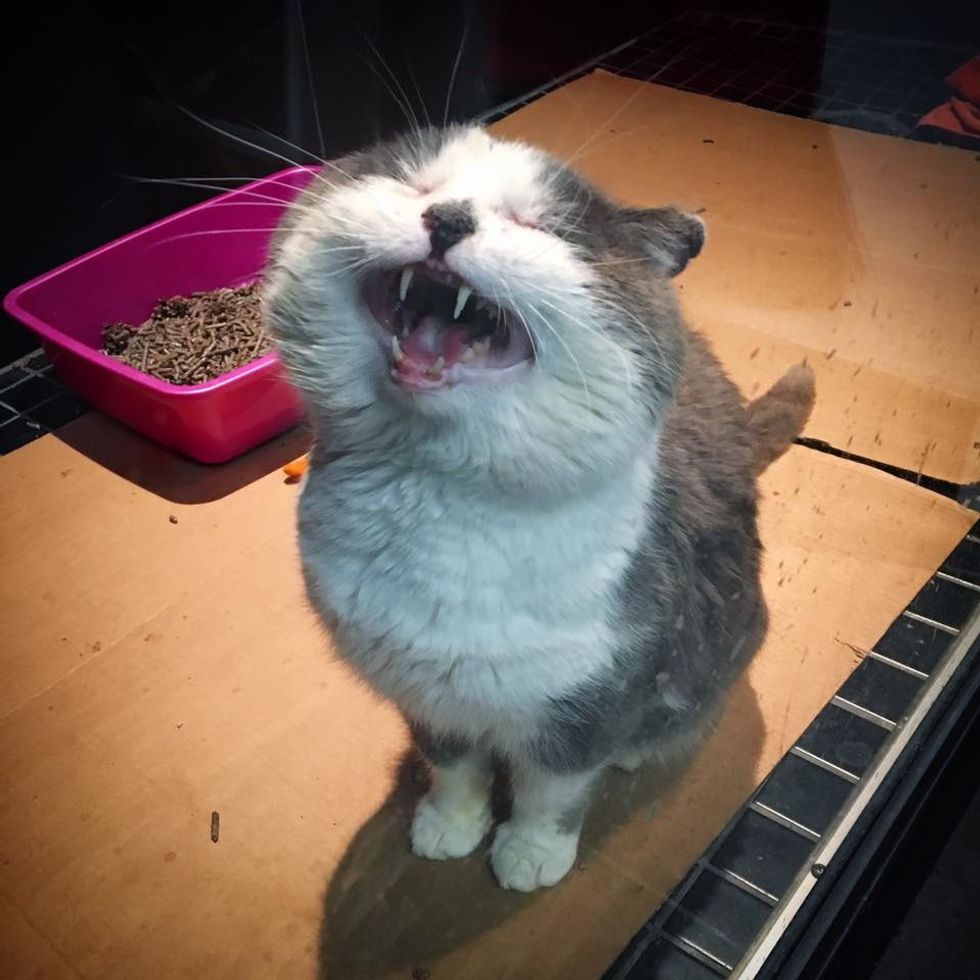 Mathilde and Patricia fostered Barney throughout his rescue journey.

At the beginning, he was shy and constantly looking to hide from people or noises, but things began to change when he experienced love and kindness in foster care. 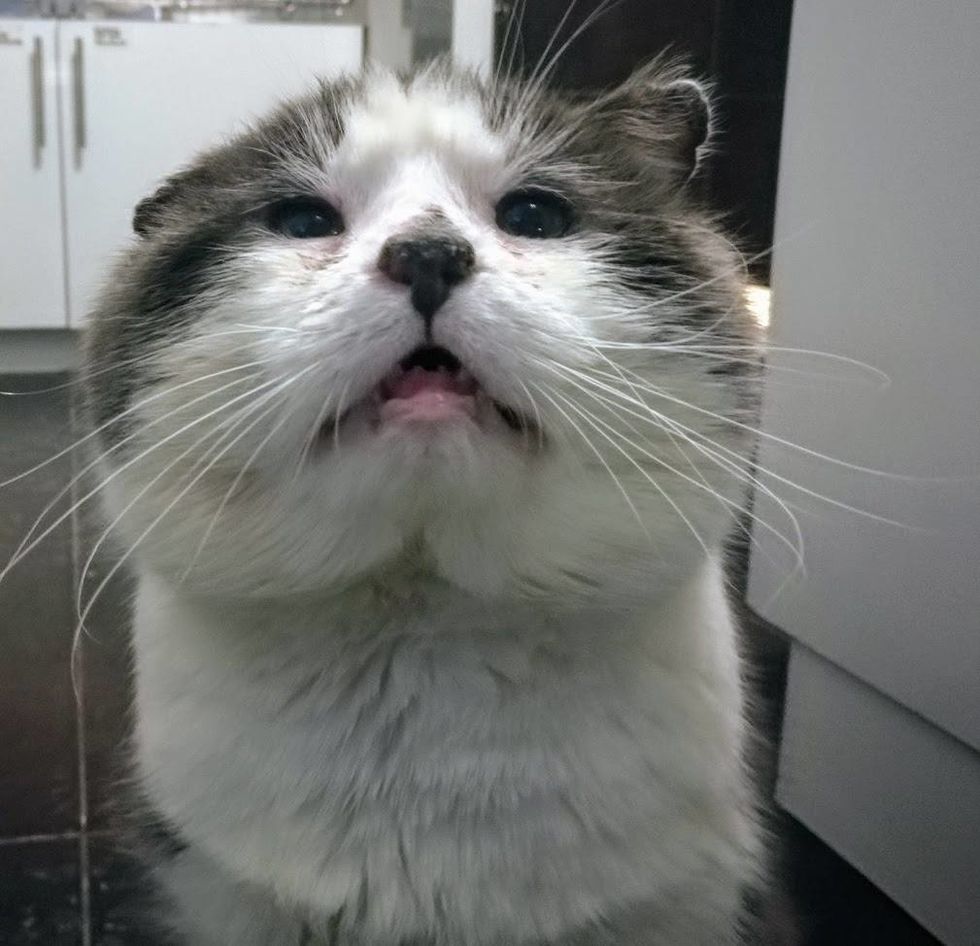 "He adapted very fast and changed so much in just a few weeks," the rescue said.

Barney is no longer afraid. He's happy and trusting. "He likes to get attention and asks for hugs every day. The frightened little guy has become a real teddy bear who likes to wait at the door when someone arrives." 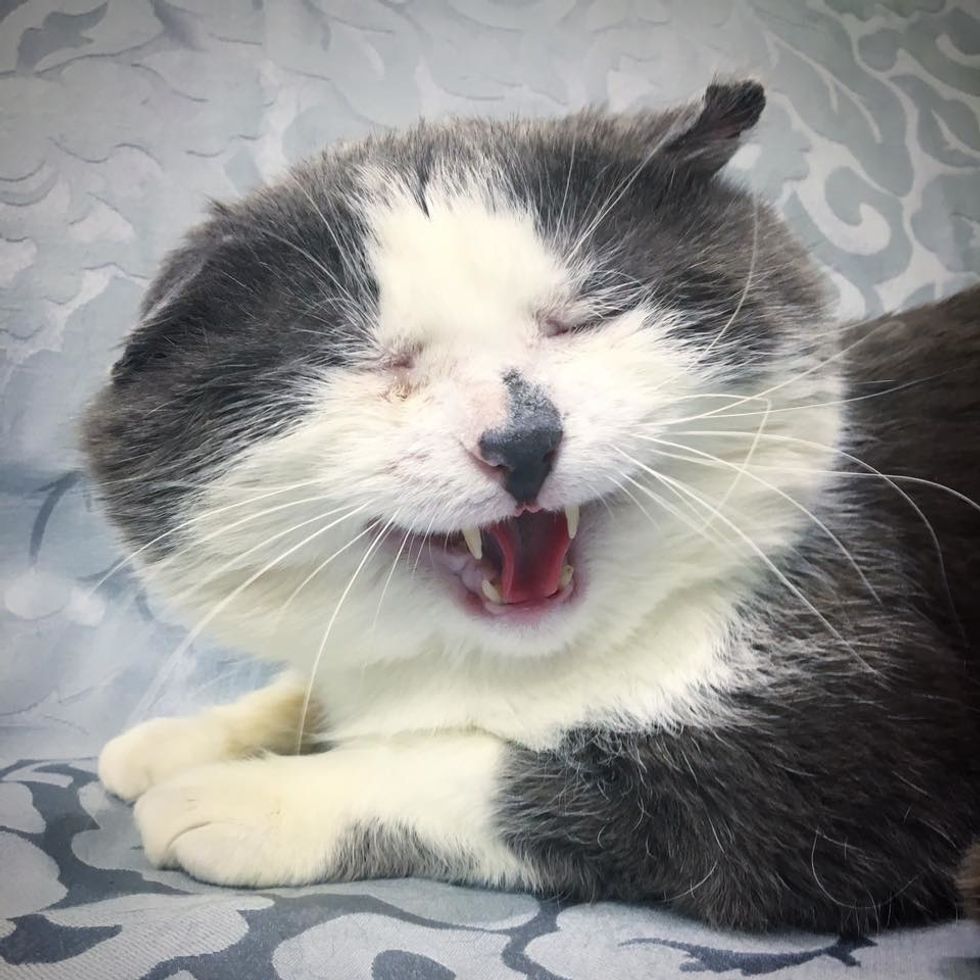 "When we went to visit him, he recognized us. He pushed his head on our hand for some cuddles," the rescue shared. 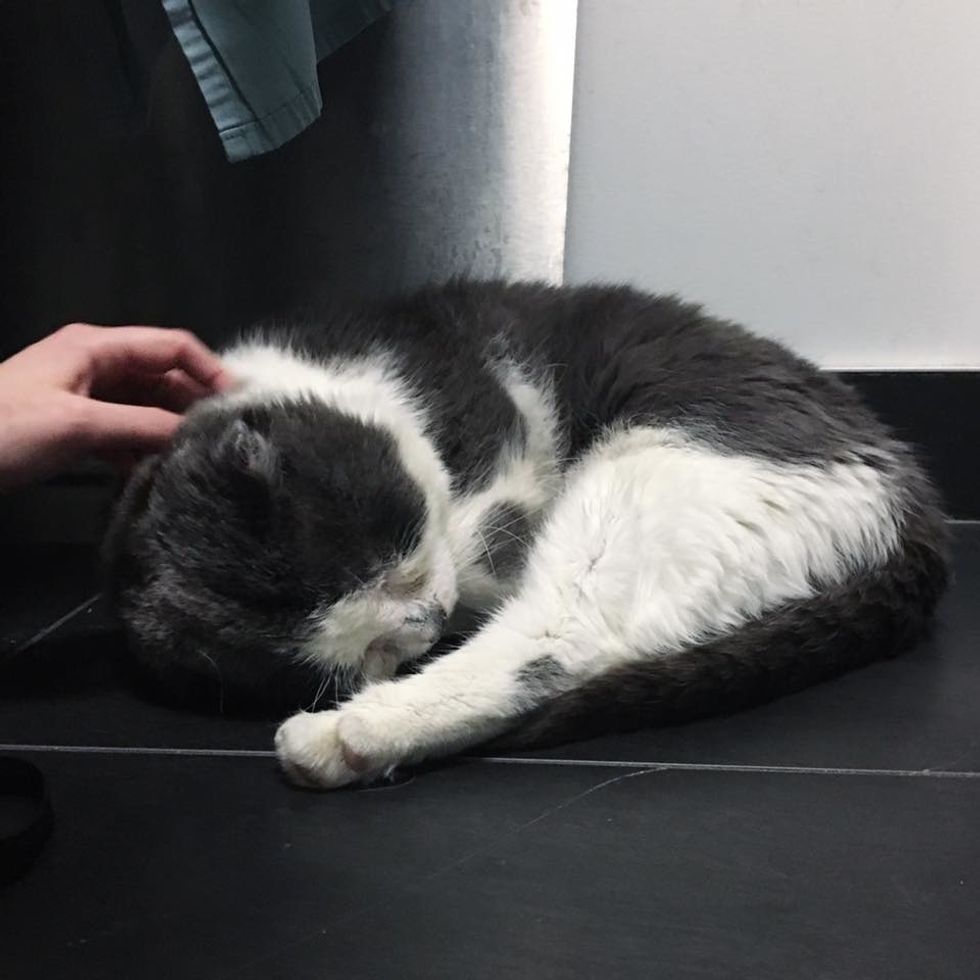 "Barney had a tough life where he had to learn to survive outside alone. But now he's safe, loved, and pampered."

The sweet boy rolled on his back, asking for some belly rubs. 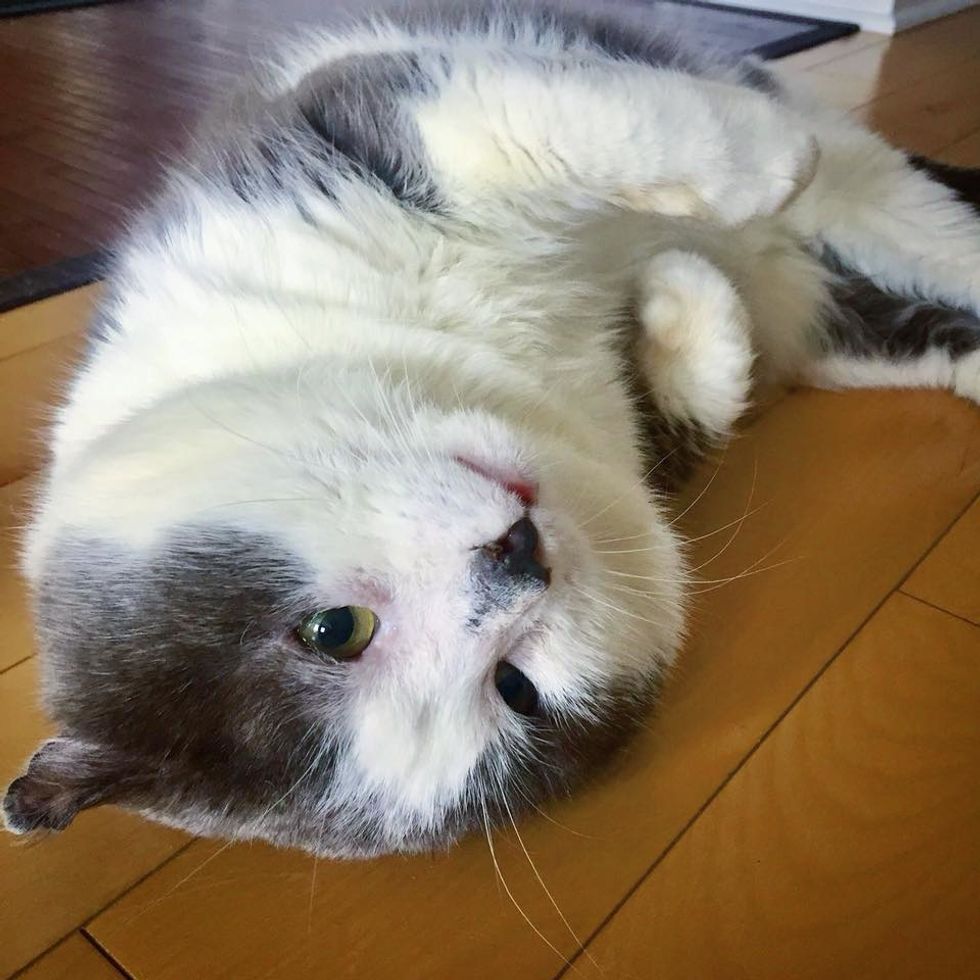 "He found his perfect match, responsible humans with love and compassion for his life and history," the rescue said. 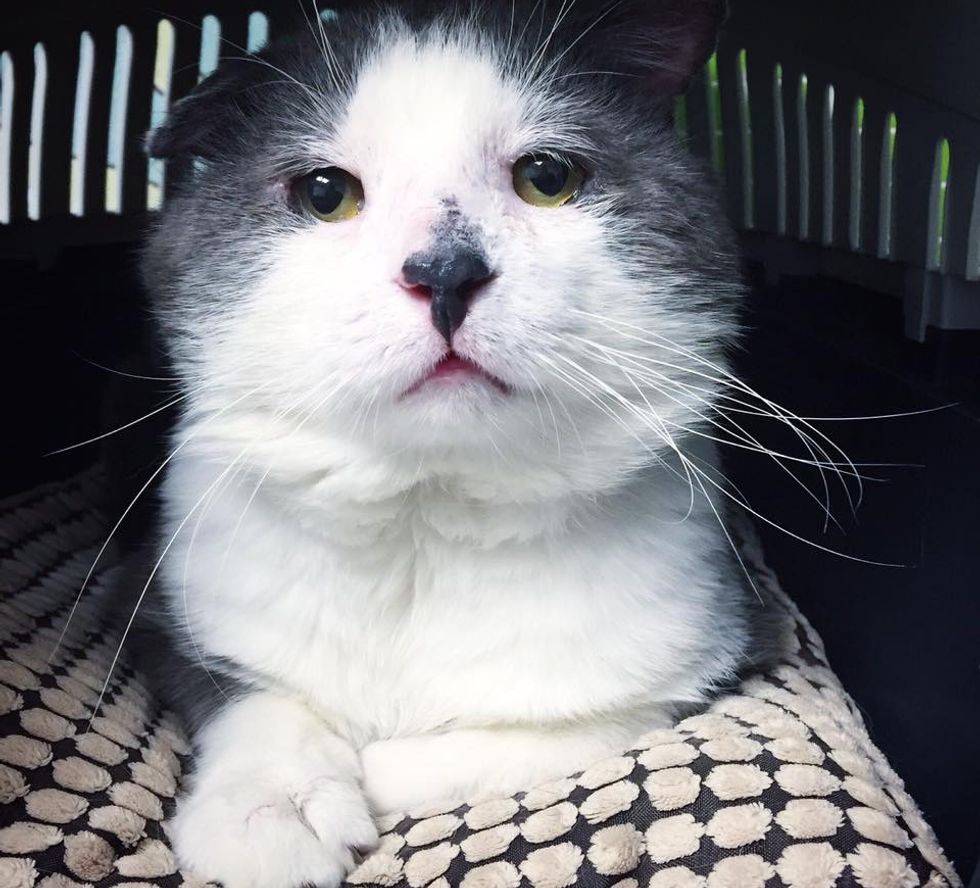 "He talks a lot and follows his humans everywhere to get attention."

After years of wandering on the streets, Barney has finally found a place to call his own. 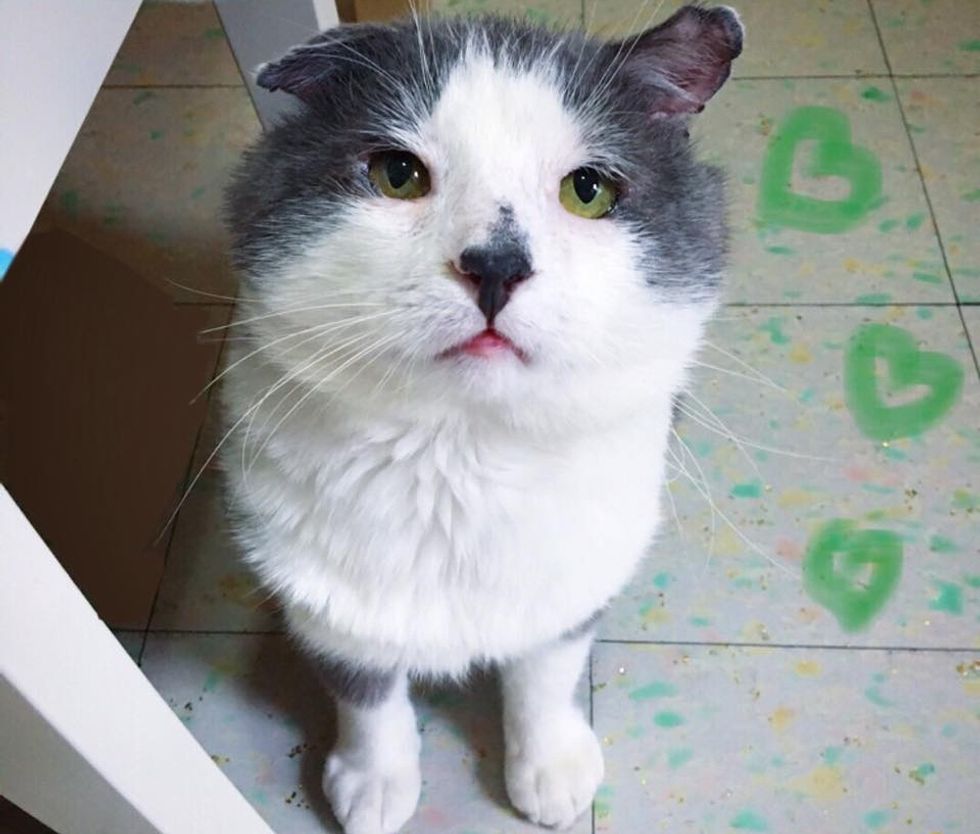