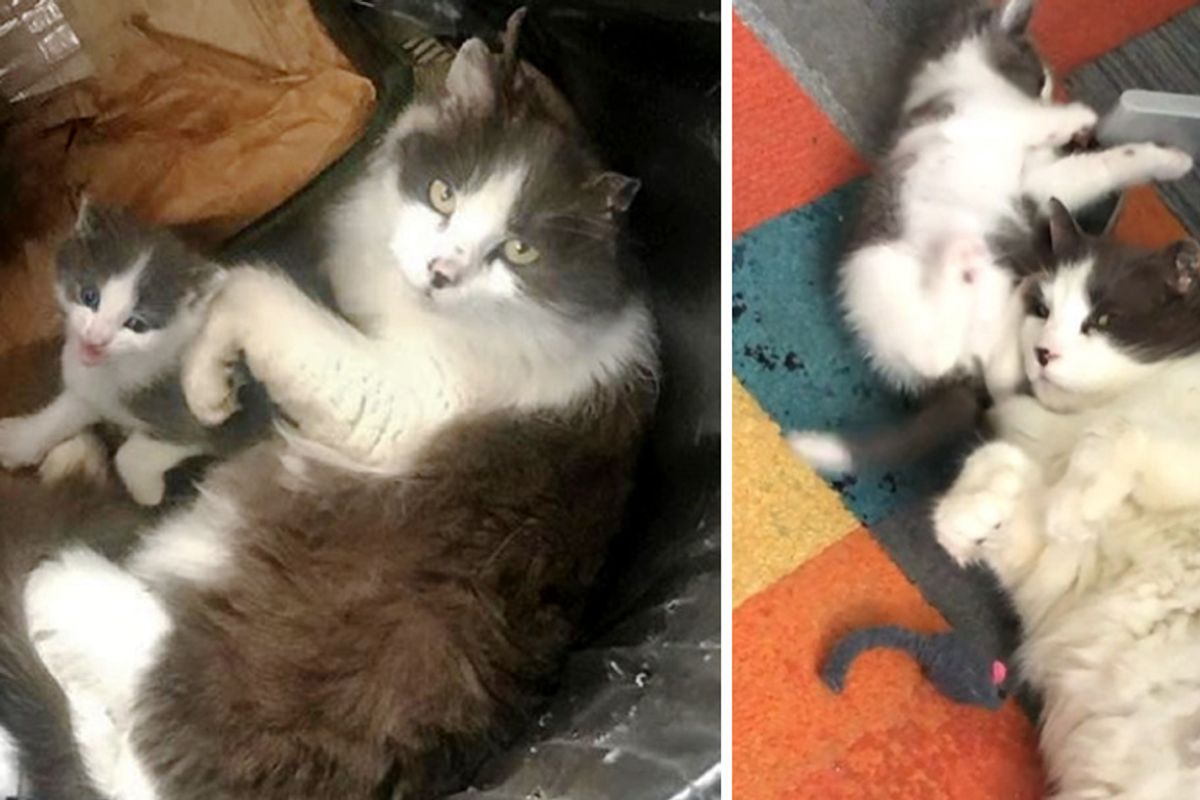 A stray cat and her single kitten were found living in a trash can. The protective mom kept her baby safe until rescue arrived. 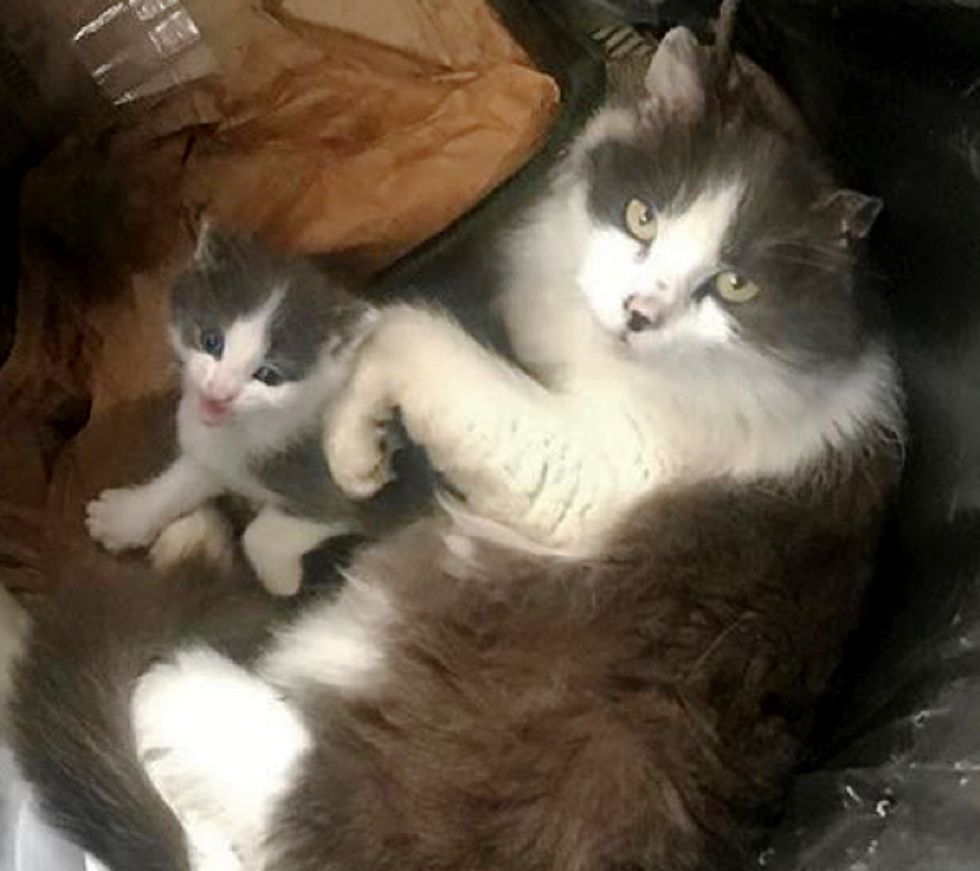 Last month, Bideawee, a no-kill animal rescue in New York, was contacted about a stray cat and her kitten who were in need of help. They were spotted living in a trash can outside a housing complex in Brooklyn.

"Someone alerted us to the fact that they were there, and we sent a rescuer that we work regularly with to rescue them and bring them back to Bideawee," Melissa Treuman, Director of Brand Communications of Bideawee, told Love Meow.

The mother and daughter duo finally left their street life behind and embarked on an exciting chapter where a foster home was awaiting them.

They were named Audrey (mom) and Eden (daughter). 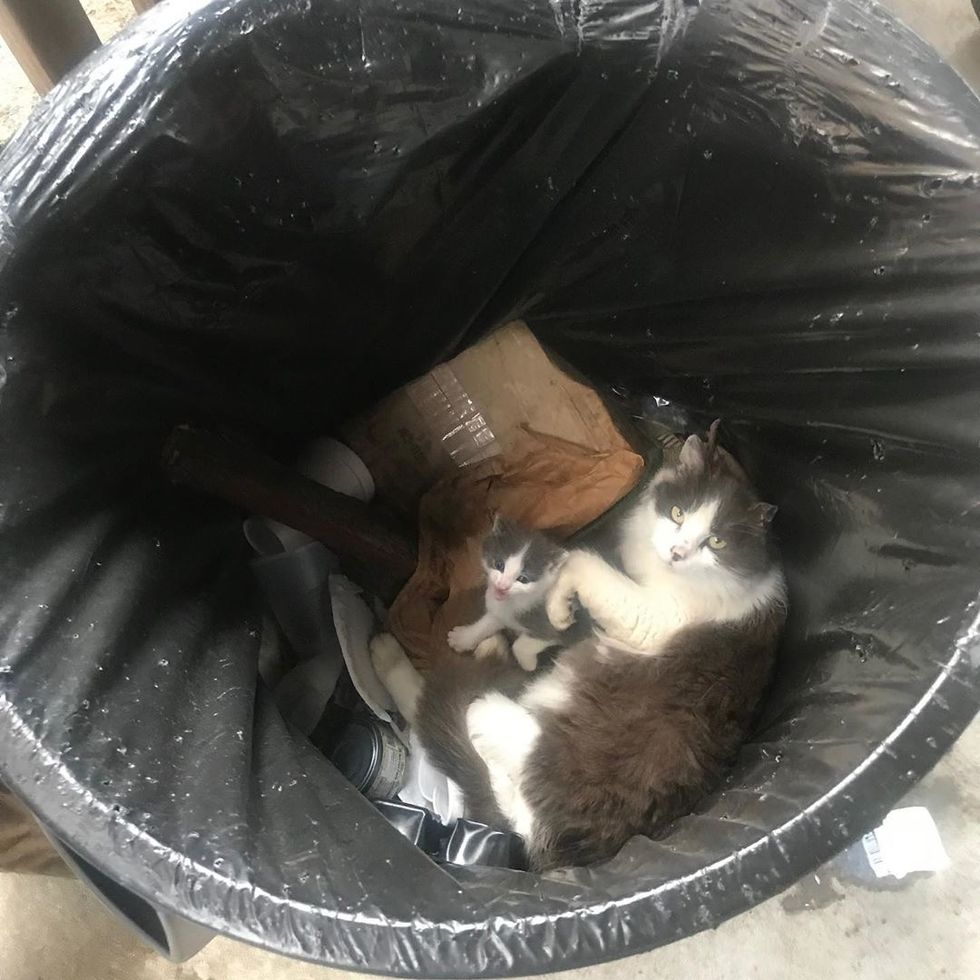 "We noticed Audrey was very matronly right away, but it wasn't until my mom was alone that she noticed just how protective Audrey was over Eden," Sarah Natochenny, voice actress and founder of Voices for Fosters, told Love Meow.

Sarah and her mother continued to be amazed by Audrey's protectiveness and persistence to direct how her daughter should behave. 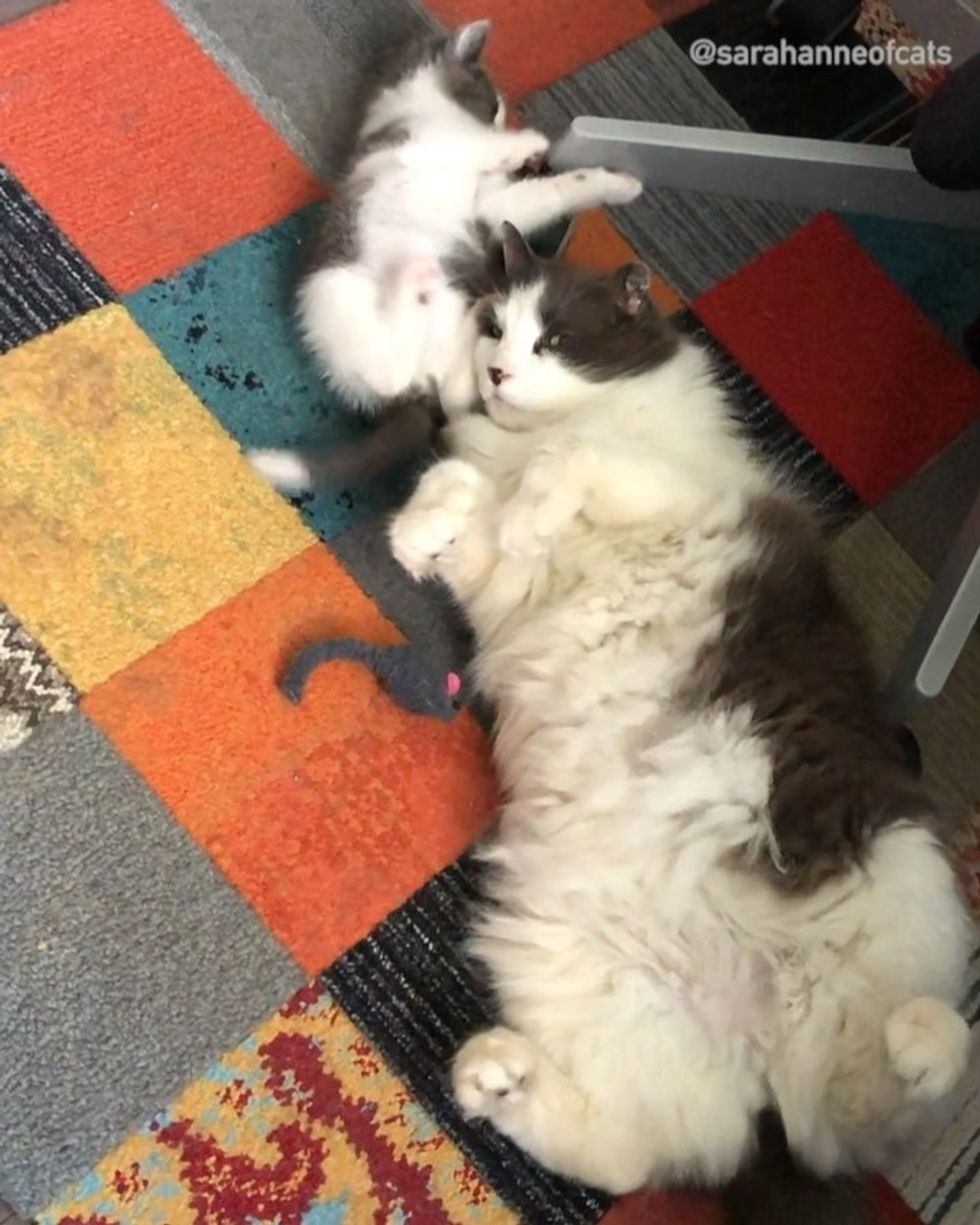 "They have a very clear mother-daughter relationship, and Audrey is a very good mama. When Eden is off on her own for too long she starts meowing and chirping for her to return," Sarah added.

At the beginning of their foster journey, Audrey kept a close eye on her daughter, making sure she was within eyeshot. When mom thought playtime was over, she called for Eden and wouldn't take no for an answer. 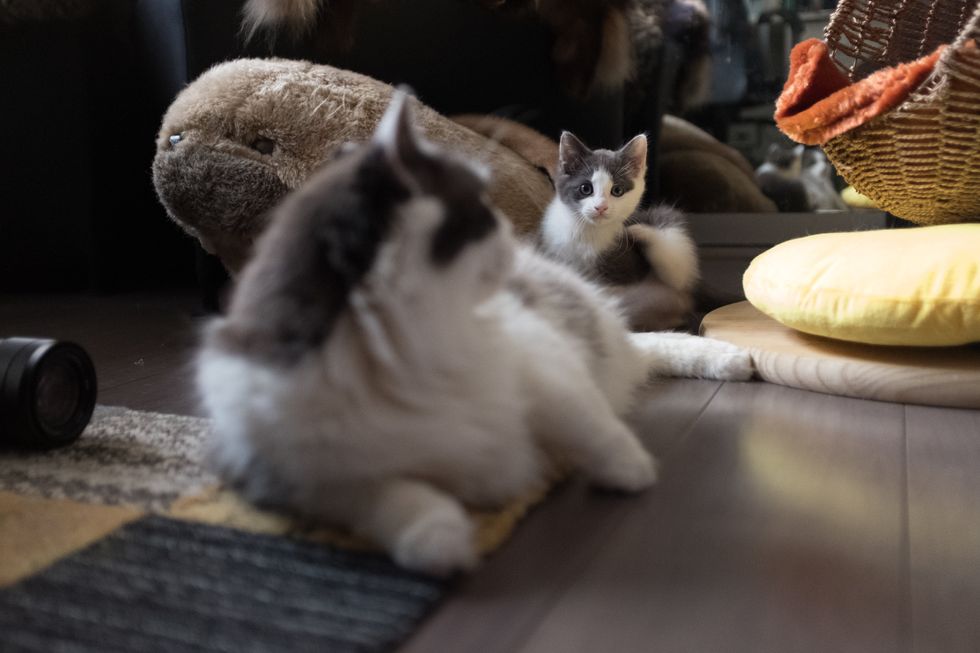 As Eden grew bigger and more rambunctious, she became more rebellious. Audrey found herself looking for her everywhere and dragging her back to their nest.

Though the kitten quickly adjusted to living indoors, Mama Audrey continued to protect her the same way she did when they were living outside. Over the next few weeks, the comfort of a home environment gradually put her at ease.

"Audrey likes to sit on our laps. Eden is squirmier, which makes it even more hilarious when Audrey pins her down in what I can only describe as a disciplinarian act," Sarah told Love Meow. 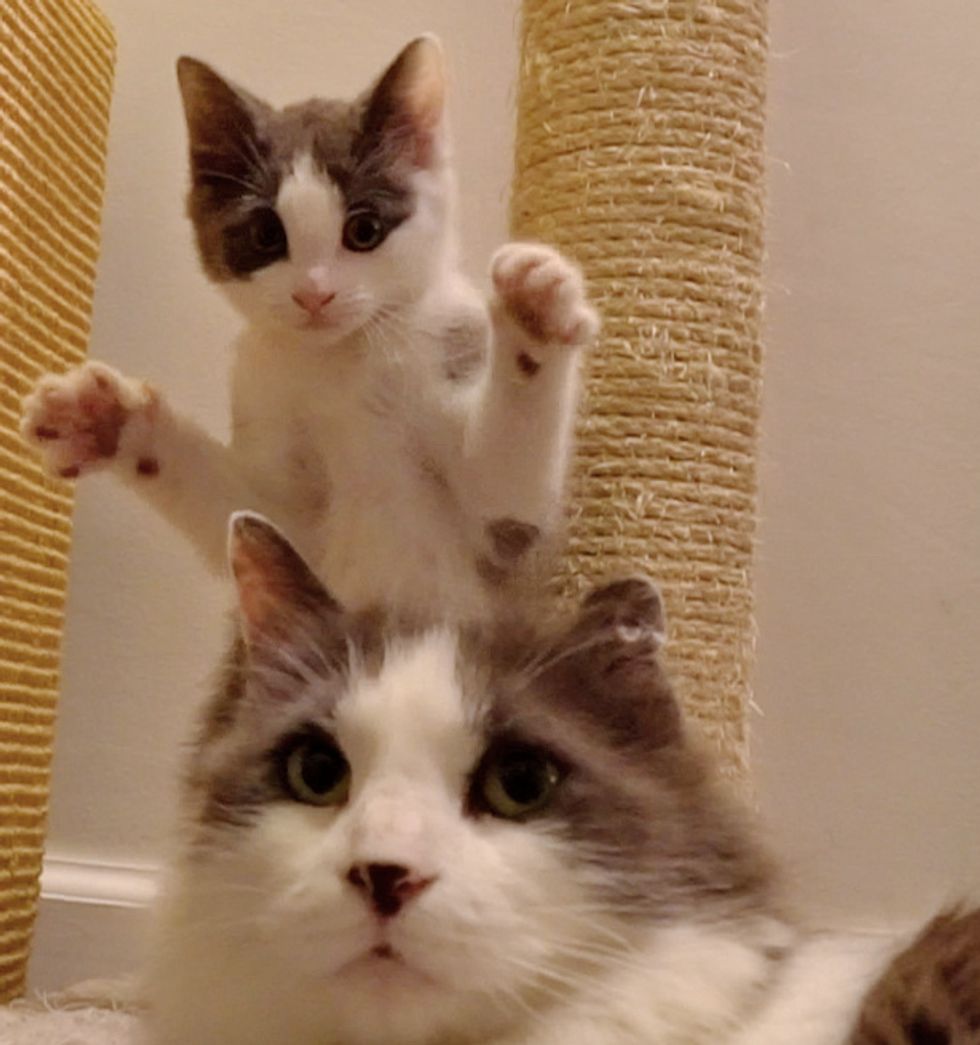 "We often hear their conversations. She was very patient with Eden and always let her latch as long as she wanted to. It was so beautiful."

Watch Audrey and Eden in this cute video:

Audrey taught her daughter how to groom by keeping her clean from head to tail. She put up with Eden's many antics and rough playing. She showed her how to eat like a big kitty and showered her with love and cuddles.

As time went by, the cat mama realized she no longer needed to worry. She began to loosen control over Eden and give her more time to be on her own as if she knew it was time to let her fly. 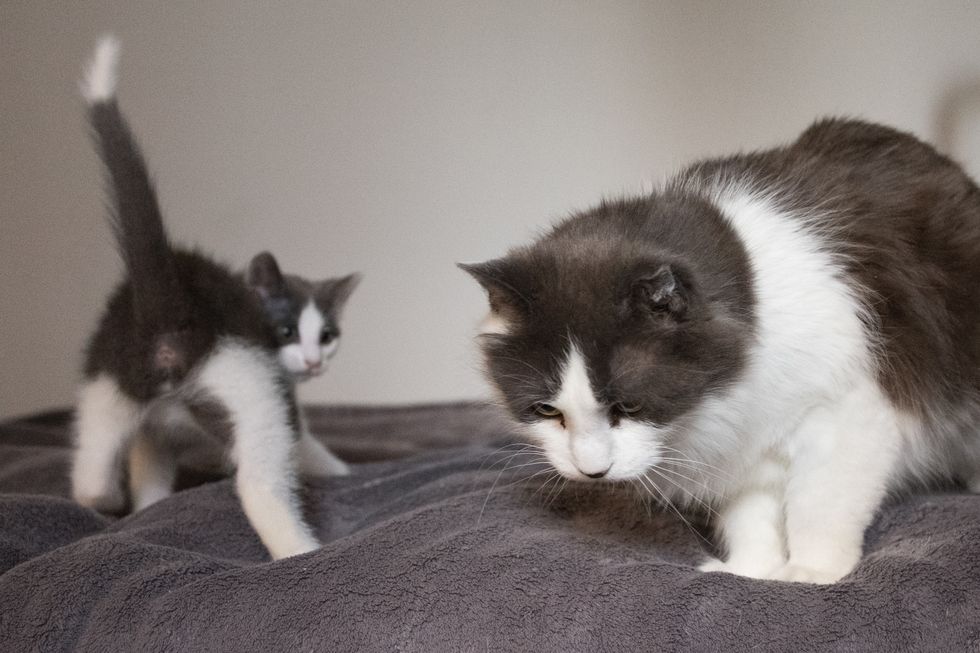 Eden is now an independent, playful kitty who spends her waking hours scampering around the house like she owns it. Audrey, the proud mother, is having a lot of me-time with people to make up for lost cuddles with human friends.

"Fostering definitely saves lives and is so, so important, especially this time of year. It's kitten season from late March through November. We are inundated with pregnant cats, mamas and their babies, and orphan kittens, and need as much help as we can get," Melissa told Love Meow. 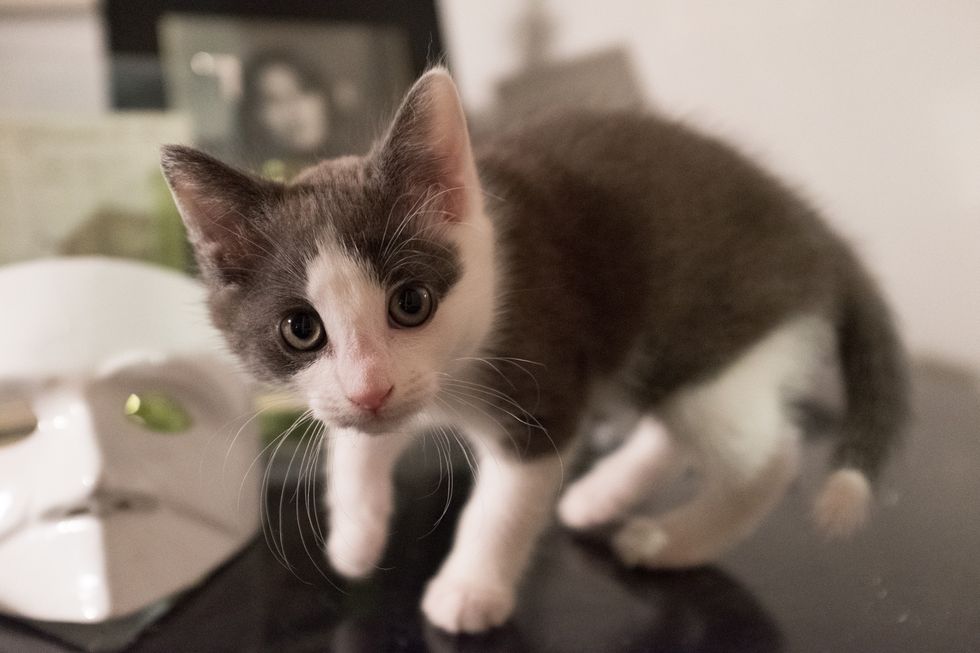 The mother and daughter are doing wonderfully and are on their way to a great life with their very own forever humans.

Audrey, who was once an over-protective mama, has really blossomed in foster care. "She's loving, very sweet, and wants nothing more than to cuddle and get some TLC." 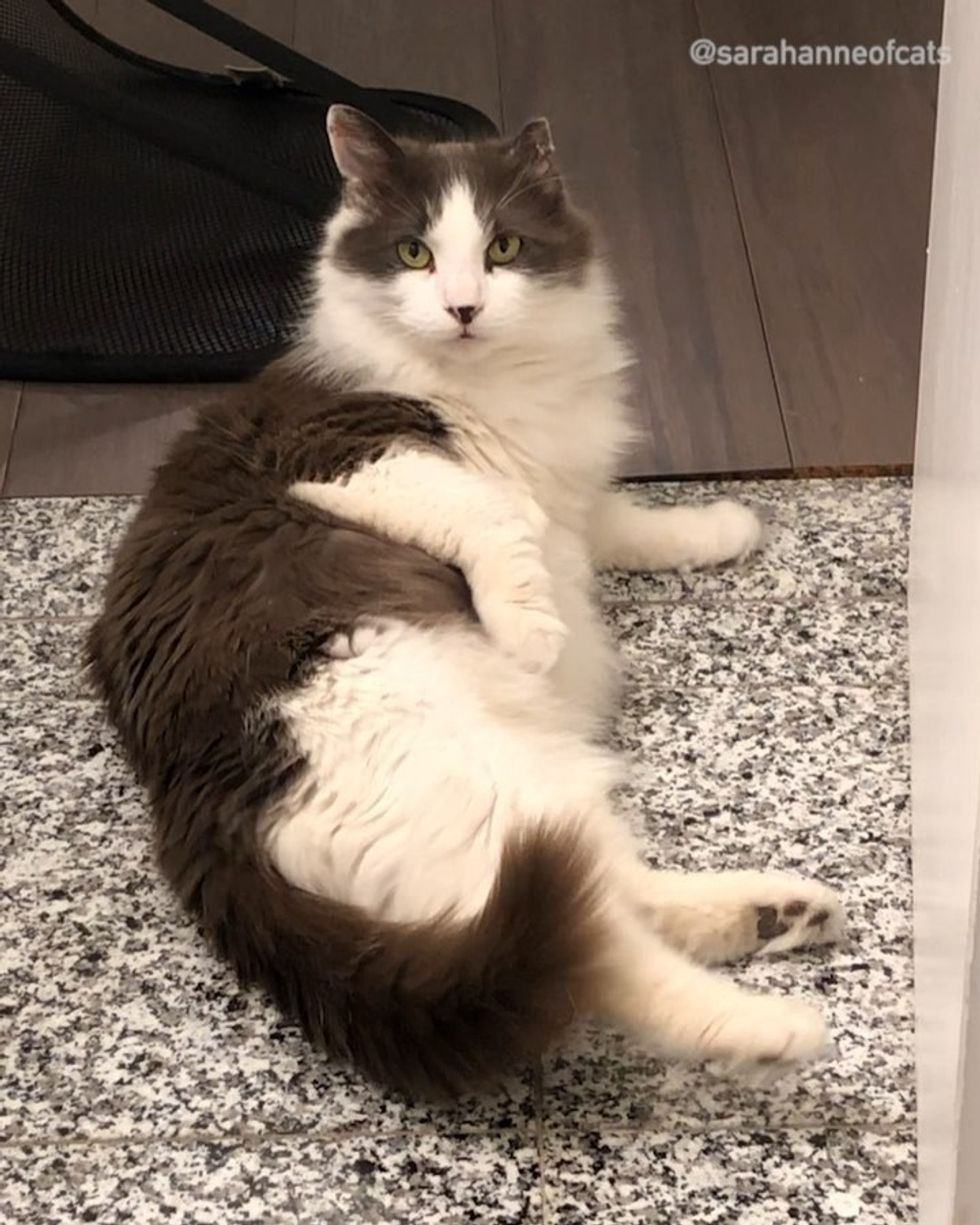