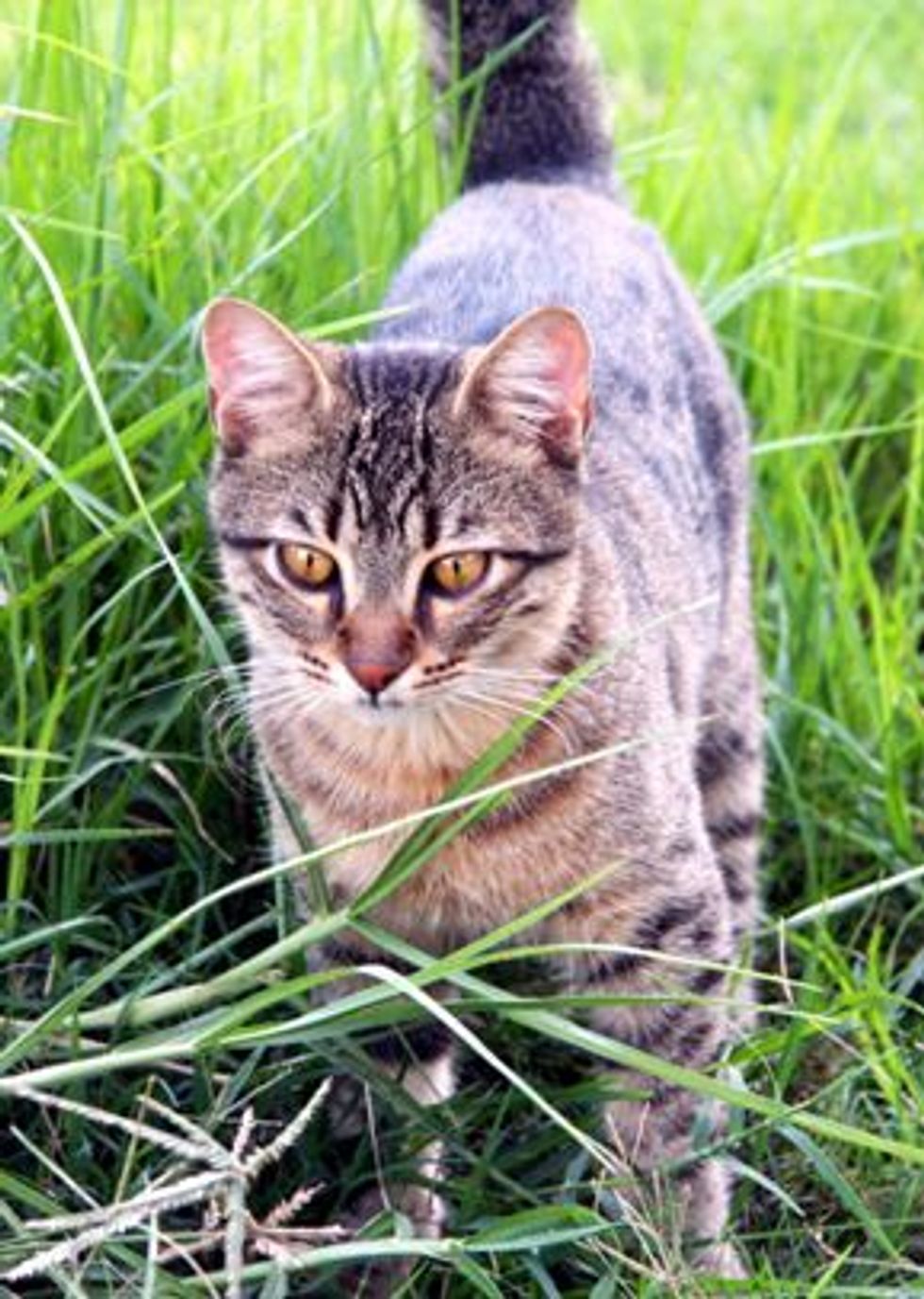 If you have a multi-cat house, you probably have observed behavior displayed by your cats when they interact with one another. Posturing and showing body or vocal cues are a frequently used tactic for cats to communicate or convey their feelings or emotions to each other.

Each part of a cat's muscle or movement can be interpreted into a message of happiness, contentment, aggression or sadness. For instance, a cat walking on tiptoe with a lowered head usually indicates an offensive cat. Cat's whiskers, ears, and eyes are also excellent indicators of their feelings.

In fact, it is only accurate to construe a cat's behavior, if we consider all the elements, including their ears, eyes, whiskers, body posture, vocalization and environmental circumstances at the same time.

An offensive and aggressive cat approaching another cat, may walk on tiptoe with a lowered head, whiskers forward, ears erect and rotated sideways, claws out, pupils constricted. On the other hand, the opponent cat may start applying defensive mechanism by crouching down or fleeing the scene.

When two rival cats approach each other, it is very likely that they will give each other a good, long, slow-motion-like stare. The aggressor may walk slightly pass the subordinate, but only to turn around and pounce on the defender shortly after that. The defensive cat in turn may quickly roll over on the ground where its belly is completely exposed. This position allows the defensive cat to engage everything it's got to defend itself.

Below is a brief summary of some of the cats' behavior in offensive or defensive state. Notice that, in order to correctly translate a cat's behavior, it is important to take into account all the other elements (ears, eyes, whiskers, etc) at the same time.

Cat vs. Cat - by Pam Johnson-Bennett