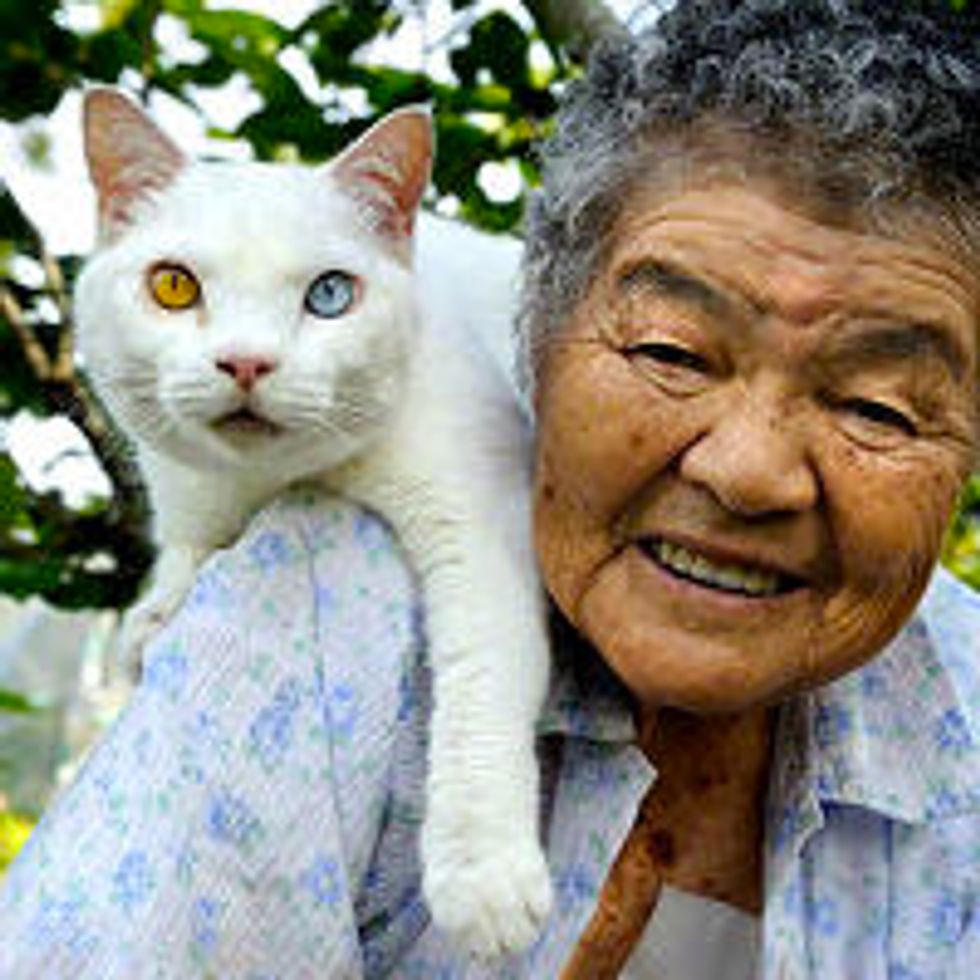 Chronicle of 87-Year-Old Grandmother and Her Beloved Cat

This is an enchanting story of a 87-year-old grandmother and her beloved cat. Get the tissues ready.

Misao Ihara, a 87-year-old resident of Chiba Prefecture in Japan, found a tiny odd-eyed kitten in the shed about 9 years ago. He was born to a stray cat from the farm. Many odd-eyed white cats are deaf, and this kitty didn't escape that fate. When Misao found him, she named him Fukumaru "in hope that 'God of fuku' (good fortune) comes and everything will be smoothed like a 'maru' (circle)." (Asian Offbeat)

Fast forward to today, Misao and Fukumaru have lived together for about 9 years. Due to old age, Misao is losing hearing and her best furry companion has never been able to hear, but they seem to understand each other just by looking into their eyes.

Despite being in her late 80s, Misao continues to work in the fields, planting and weeding under the open sky, and Fukumaru never leaves her sight. The two are inseparable. There is a strong bond and mutual love that connect them. They don't have to say much and they are both hard of hearing, but they get each other right away as if they can read each others mind.

“We’ll never be apart!”, says Misao to Fukumaru. (Asian Offbeat) "Both of them live in a tiny world, with dignity, with mutual love. Still today, under the blue sky, Misao and Fukumaru work in the fields and in these natural surroundings, where they shine like the stars.”