Couple Takes a Chance on Kitten that Others Didn't Believe Would Survive, 3 Days After Rescue..

A couple took a chance on a sick kitten that was barely breathing. What a difference love can make in just a few days! 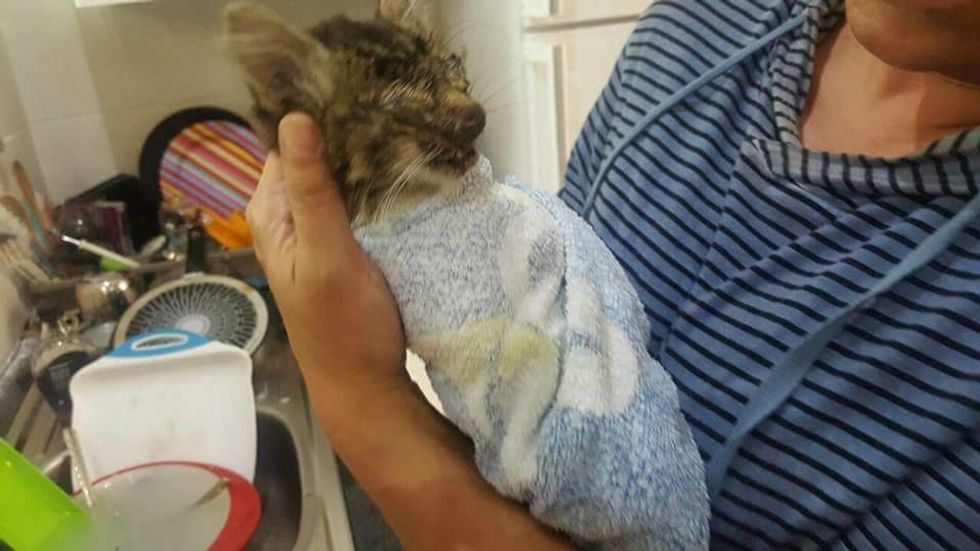 A couple from South Africa spotted a tiny kitten on the streets barely moving. When they scooped her up, they realized the terrible condition she was in.

"Several days ago, my parents found this little stray laying on the ground on their way out of a shopping mall," imgur user Kerrbare said. "(It was) a miracle she was still alive."

The kitten couldn't open her eyes and her nose was completely clogged due to infections. She was having a very difficult time breathing but the tiny kitty was not giving up.

The couple took her home and immediately started cleaning up her face so she could breathe better. They saw the incredible fight in her and knew that she would come around. All she needed was a second chance. 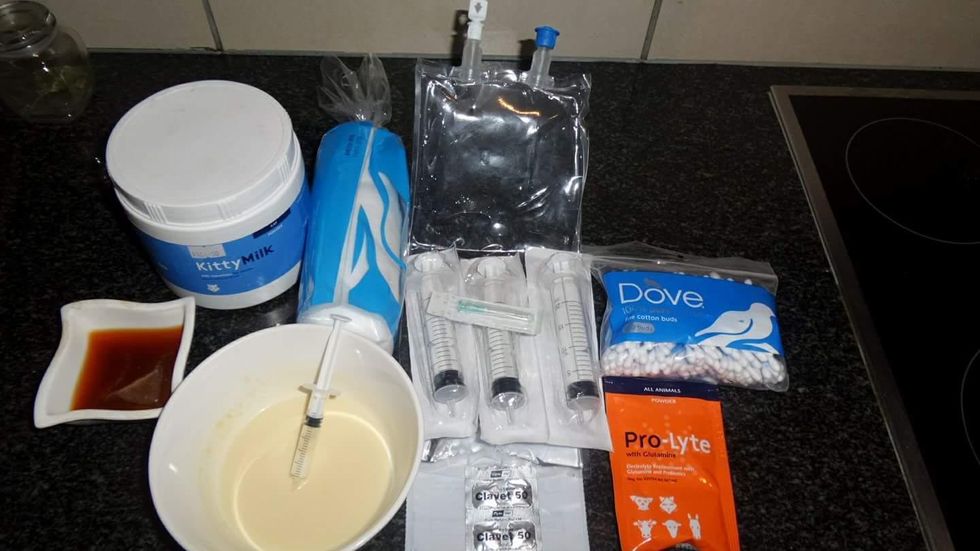 "My step dad was a Veterinarian before he became an Orthopedic surgeon. They were able to get emergency supplies from a friend so he could start the kitten on a recovery treatment."

They tried to clean the residue that was built up around her infected eyes. Edee was a trooper through all of this.

After cleaning and feeding through a syringe, they wrapped her up in a towel, and the sweet tabby fell asleep in it. "A makeshift hospital bed for the little bug. She was already looking so much better!"

Within the first two days, Edee couldn't eat on her own, so they syringe fed her around the clock. 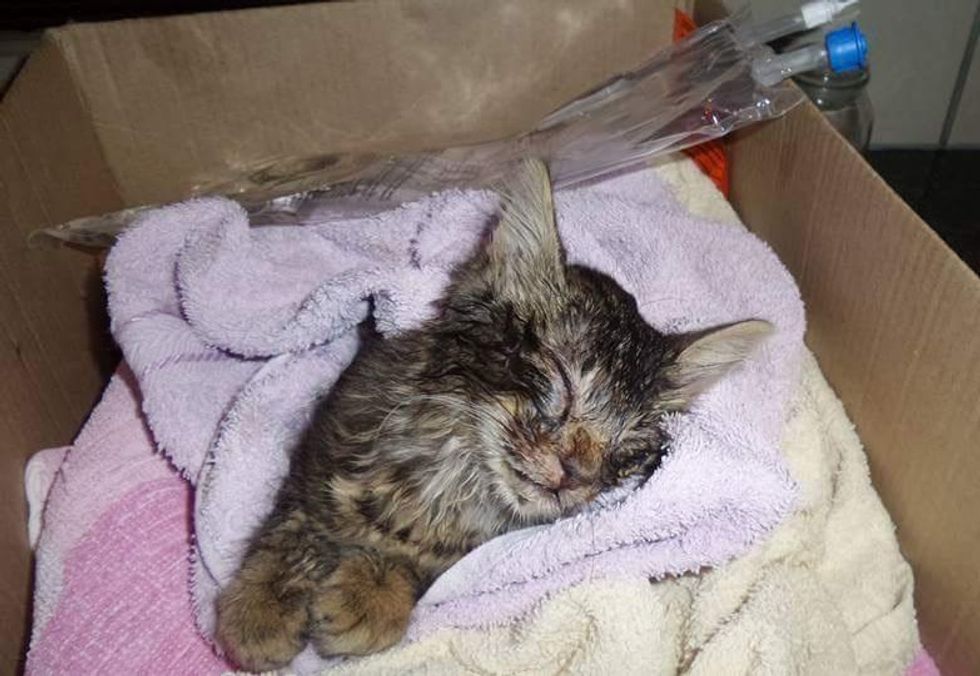 The next day after the rescue, she opened her eyes for the first time.

"She was slowly gaining some strength by day two. Eyes were staying open for a little longer!" 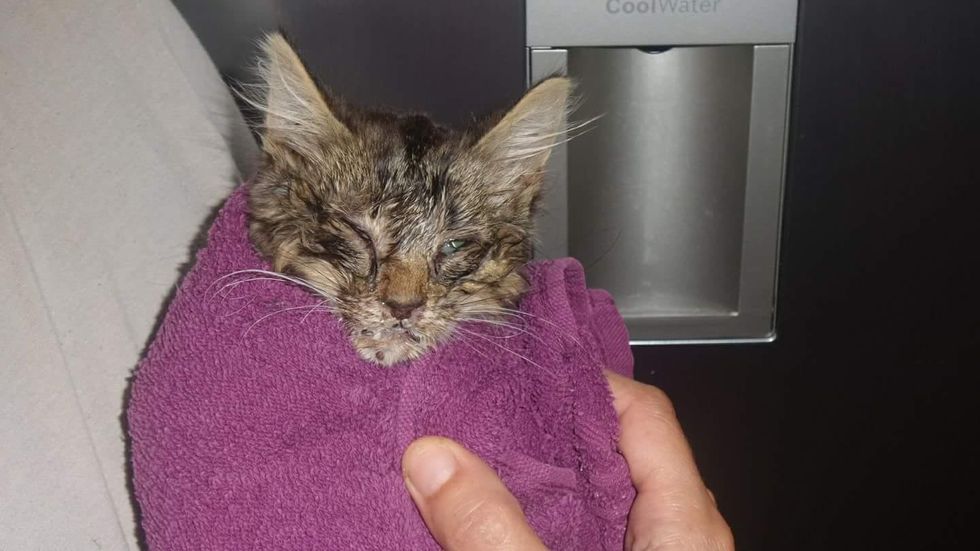 Edee got a ton of sleep to help her heal. "There was a lot of rest involved during her treatment. My parents described this experience like they had a newborn baby to take care of in the house... They weren't far from the truth!"

"After a couple of days, she was able to digest the food given to her normally. There were even normal poops! They kept her hydrated via IV on a regular basis, and closely monitored her progress every day/night." 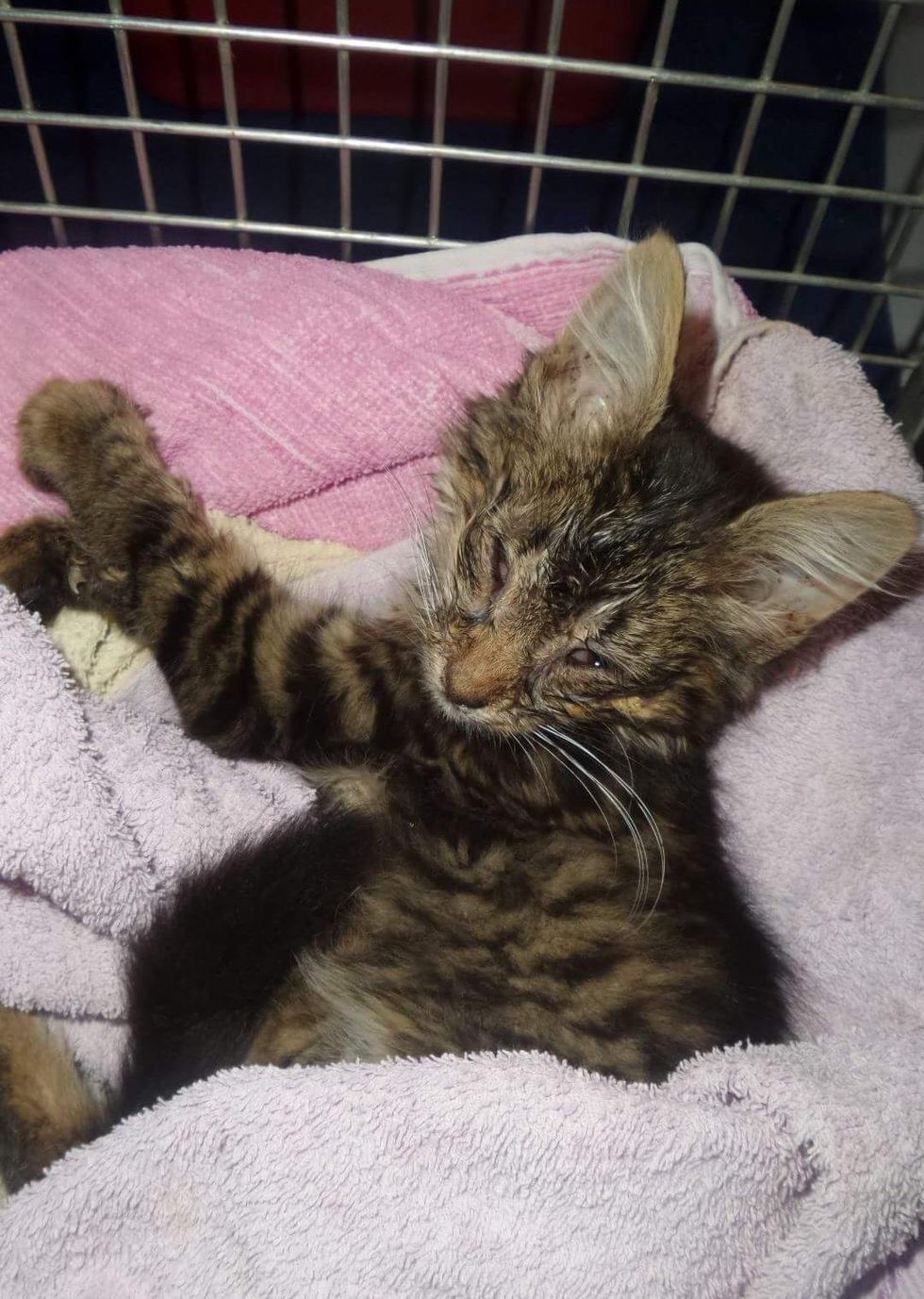 The couple stayed by her side all night, every night.

"After just three days of close monitoring, constant hydration and food, Edee has been doing so much better! 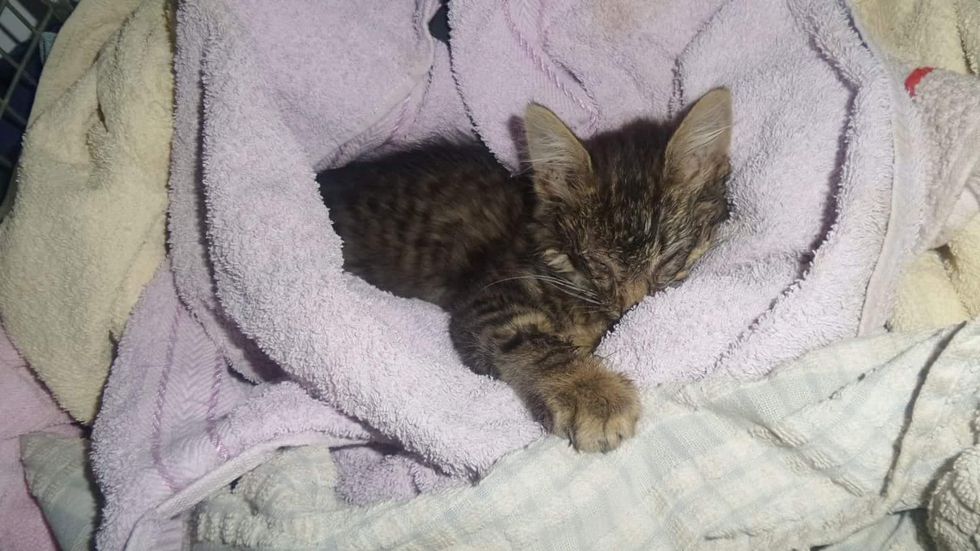 "She already started playing with toys, and started to eat and drink on her own.

"She also was finally able to withstand taking a proper bath (she was just too weak before). There were some fleas, but they're being taken care of surprisingly easily." 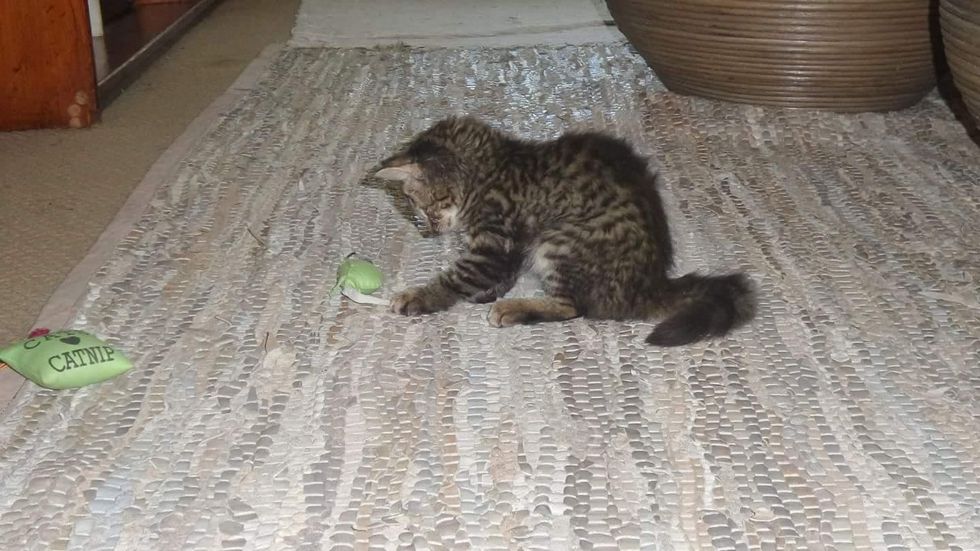 By day four, the little one was strong enough to explore her surroundings!

"The friend who provided emergency supplies is also willing to adopt her once she's back to full health." The couple can't keep Edee due to the rules of their association. "My mom's having a really hard time giving her up. She's been such a sweet heart and trooper during this whole experience." 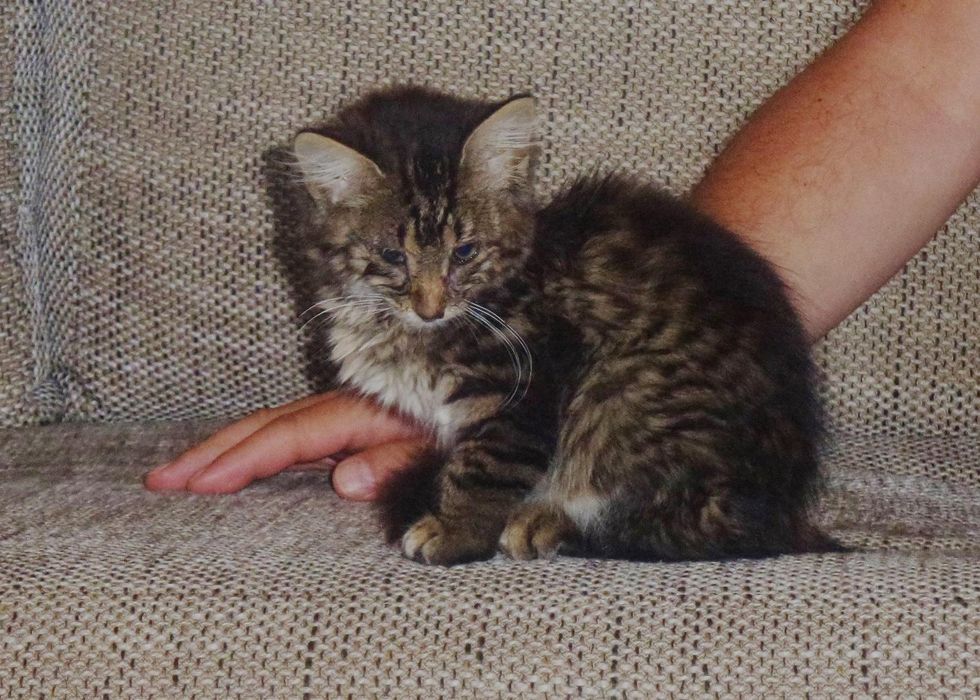 The couple gave a very sick kitten a second chance at life, and now she's thriving and loving her new life. 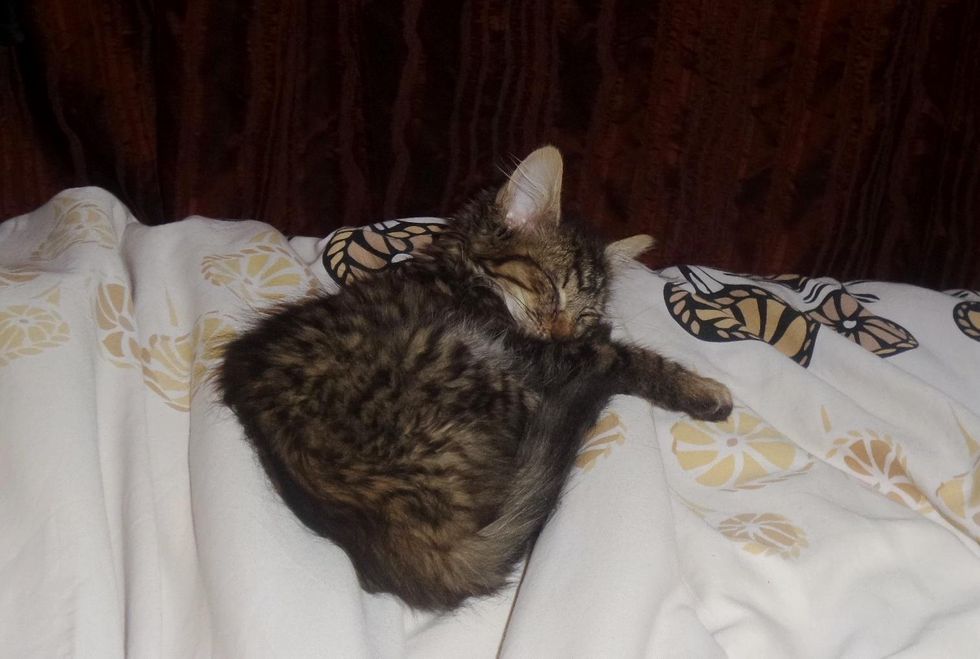 Related story: Stray Cat Looks for Help But Gets Ignored Until Man Saves Him and Turns His Life Around