A stray cat was wandering on the streets looking for help but many walked away from him until he came across a kind-hearted man who scooped him up and turned his life around... 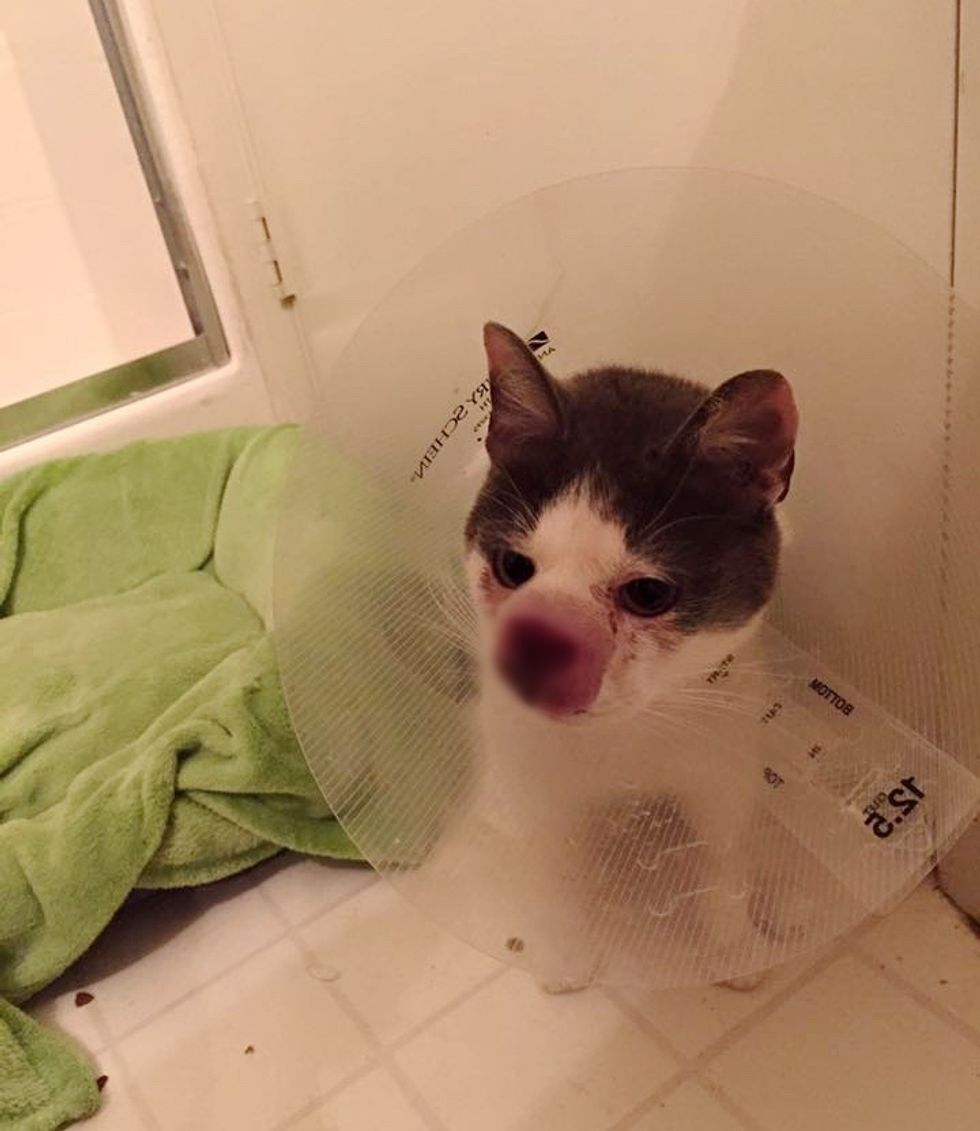 The 6-year old stray cat was found on the streets of Los Angeles, searching for a second chance, but many just walked away from this helpless soul.

"He was found wandering the streets going up to people asking for help, everyone ignored him but one kind man couldn't leave him on the streets in the condition he was in," Michelle of Milo's Sanctuary told Love Meow.

He took the kitty to the vet, and once Skimble was safe and getting medical care, he reached out on social media and found Milo's Sanctuary, a rescue in Burbank, California.

"We don't know how long Skimble wandered the streets like this and we couldn't turn him away when we were asked to take him." 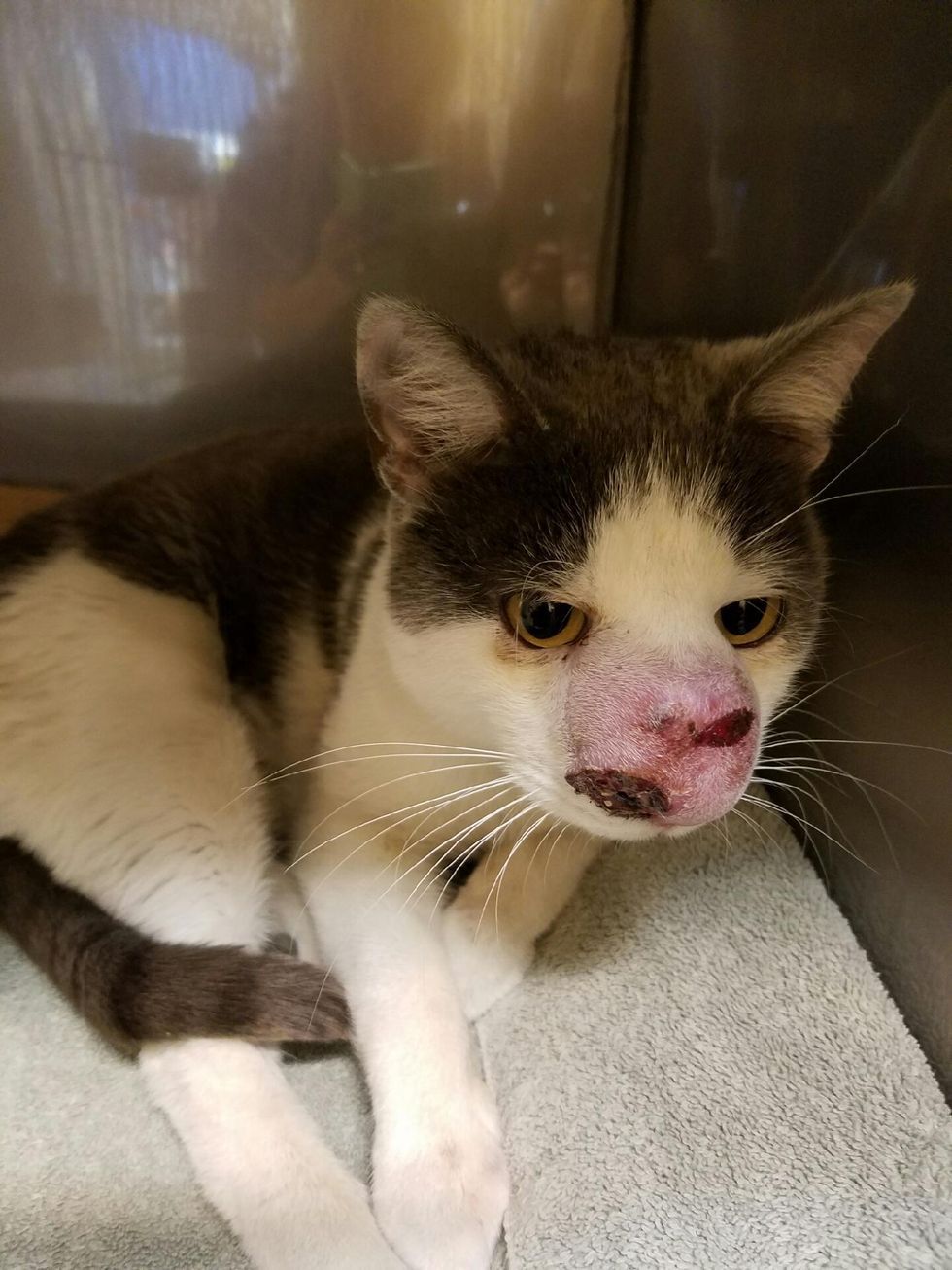 Their vets confirmed that Skimble had cryptococcis, a very severe case of fungal infection that caused his nose to become inflamed. They started treatment immediately.

"This little guy is amazing he takes everything in stride - he never fusses or gets upset," Milo's Sanctuary said. 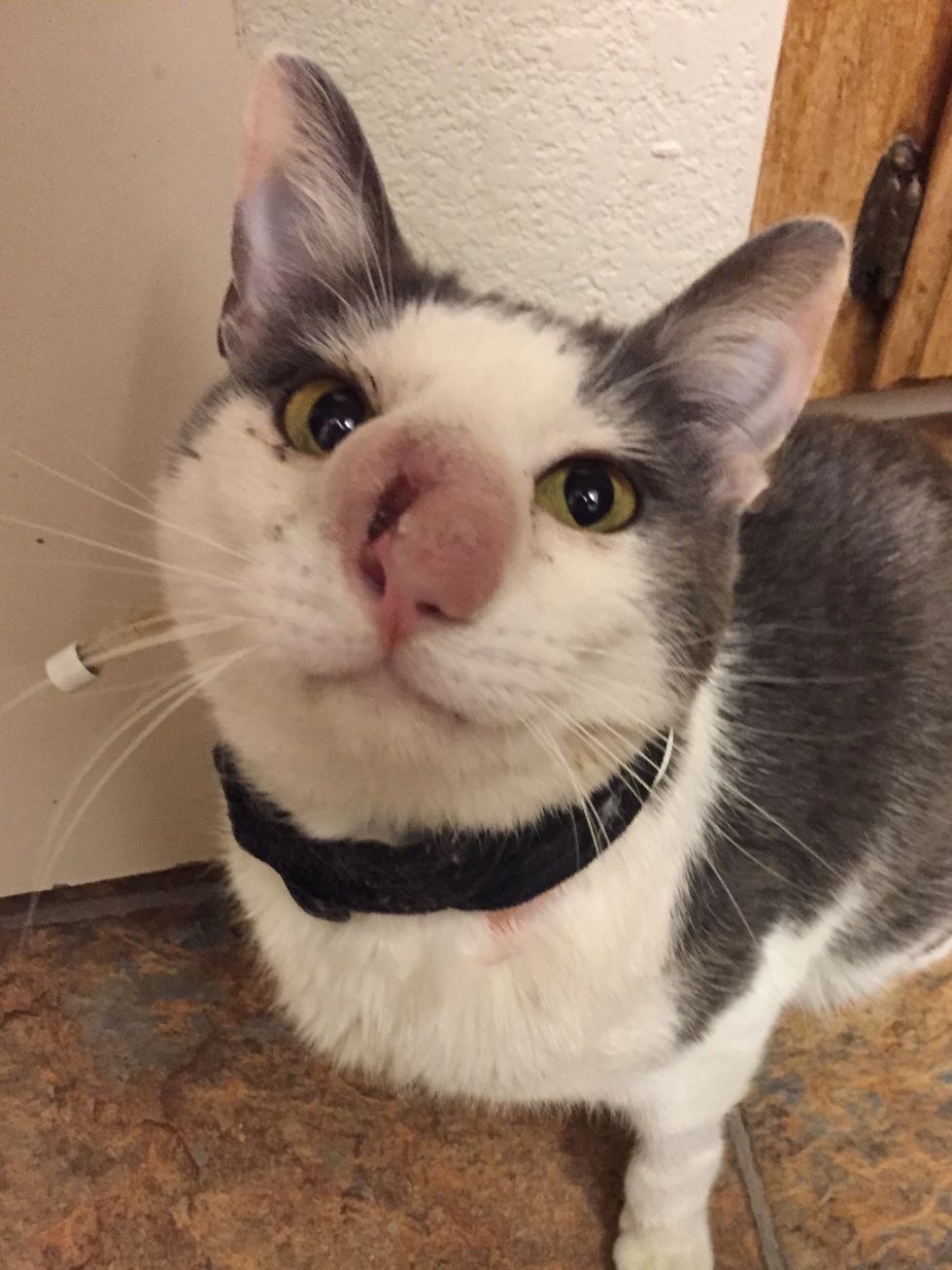 Because of the nose being in such bad shape, he had to be put in a feeding tube.

"When it's tube feeding time he climbs happily into his caretakers' lap and purrs and makes biscuits the entire time." 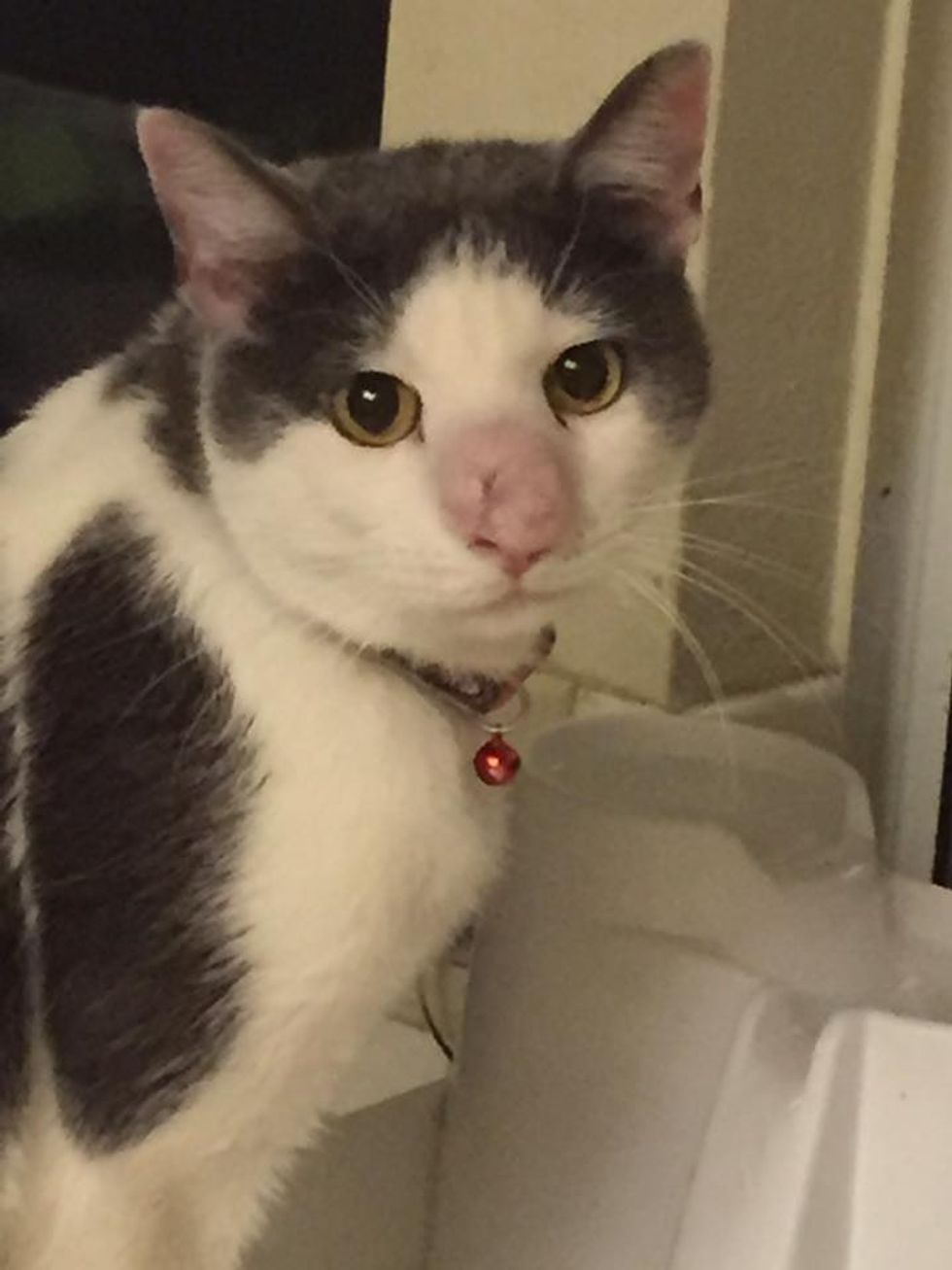 It can take years until he's completely healed from the infection. "Even if he tests negative it can come back as it's never truly out of his system," Michelle told Love Meow.

But the brave little boy is happy for every milestone he reaches. After months of treatment, he has come a long way! 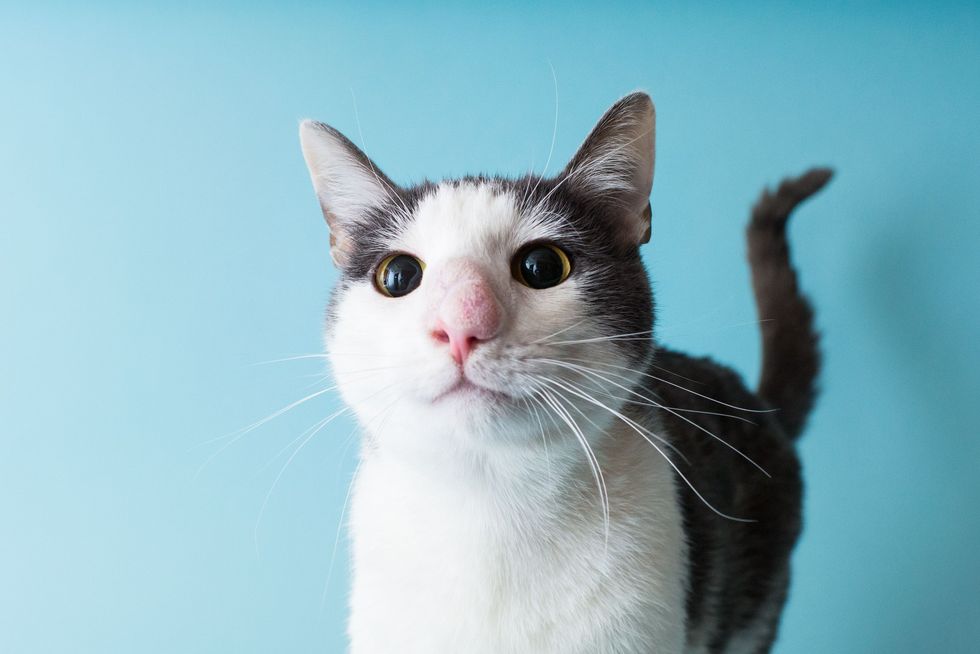 "His condition will be life-long and we hope that he recovers and spends a long and healthy life with us in our Lifetime Care Program."

Everyone at Milo's Sanctuary is determined to give this sweet affectionate kitty a wonderful life he so deserves despite the heavy medical expenses. "He's worth every penny." 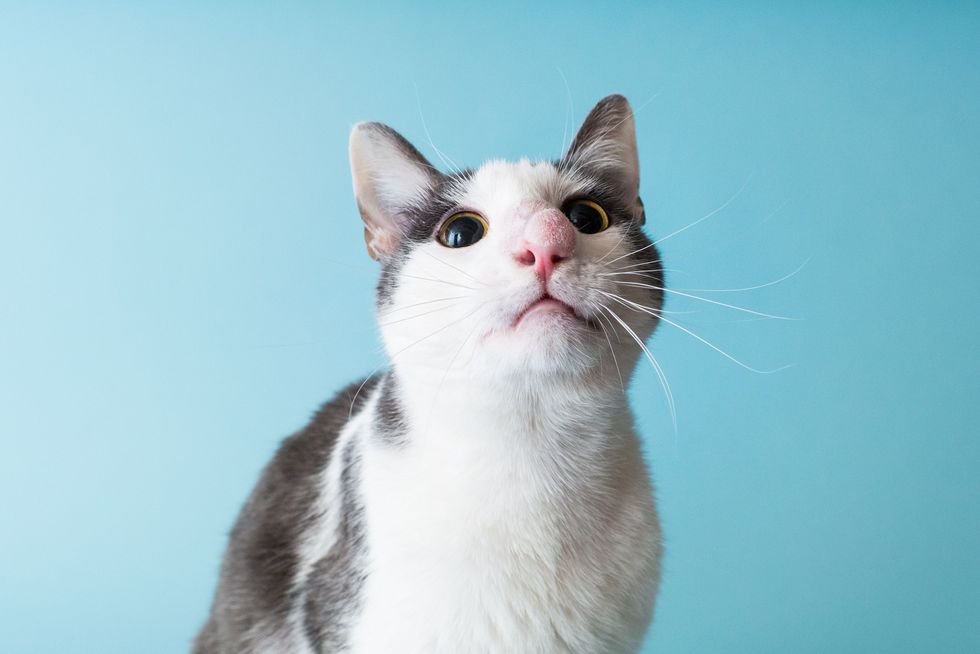 Look at him now! What a difference love can do! 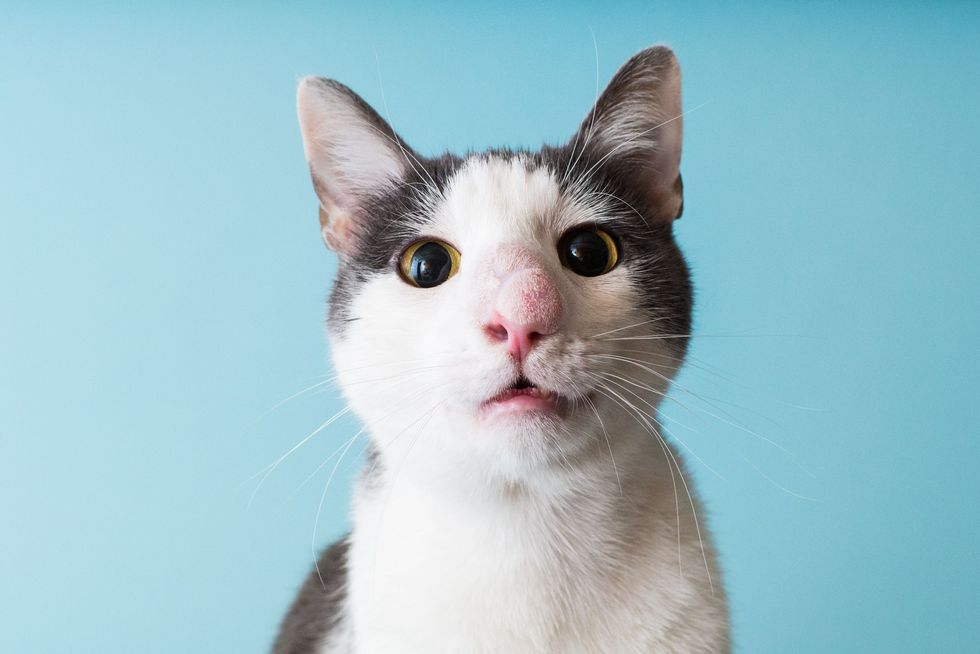 Mr. Skimble is doing well under the care of Milo's Sanctuary. He receives treatment every day to help him thrive and live a happy and normal life. 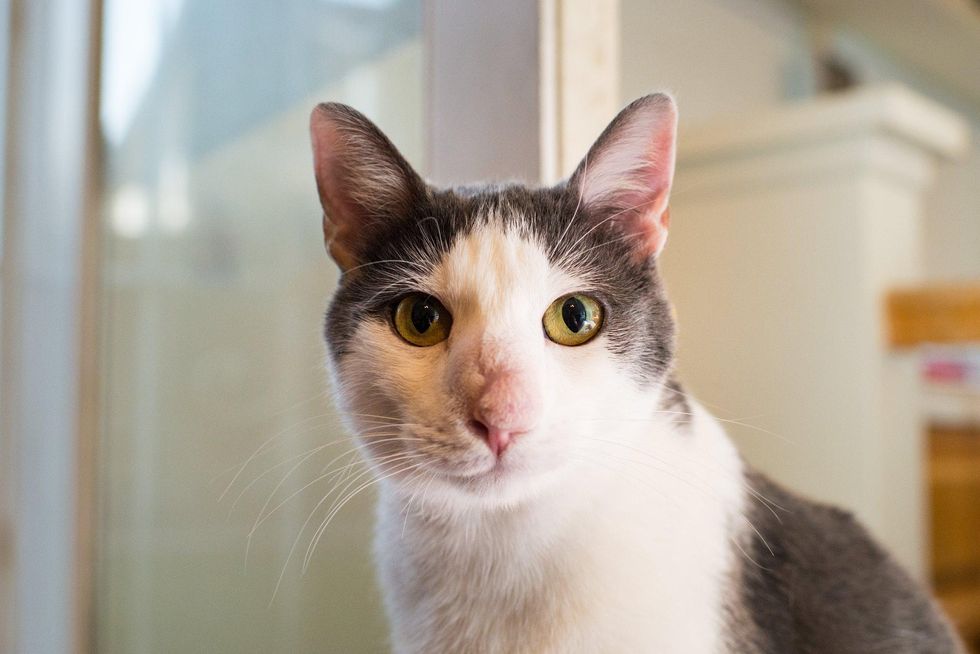 Skimble is incredibly sweet and gentle and is fighting very hard to survive this infection. 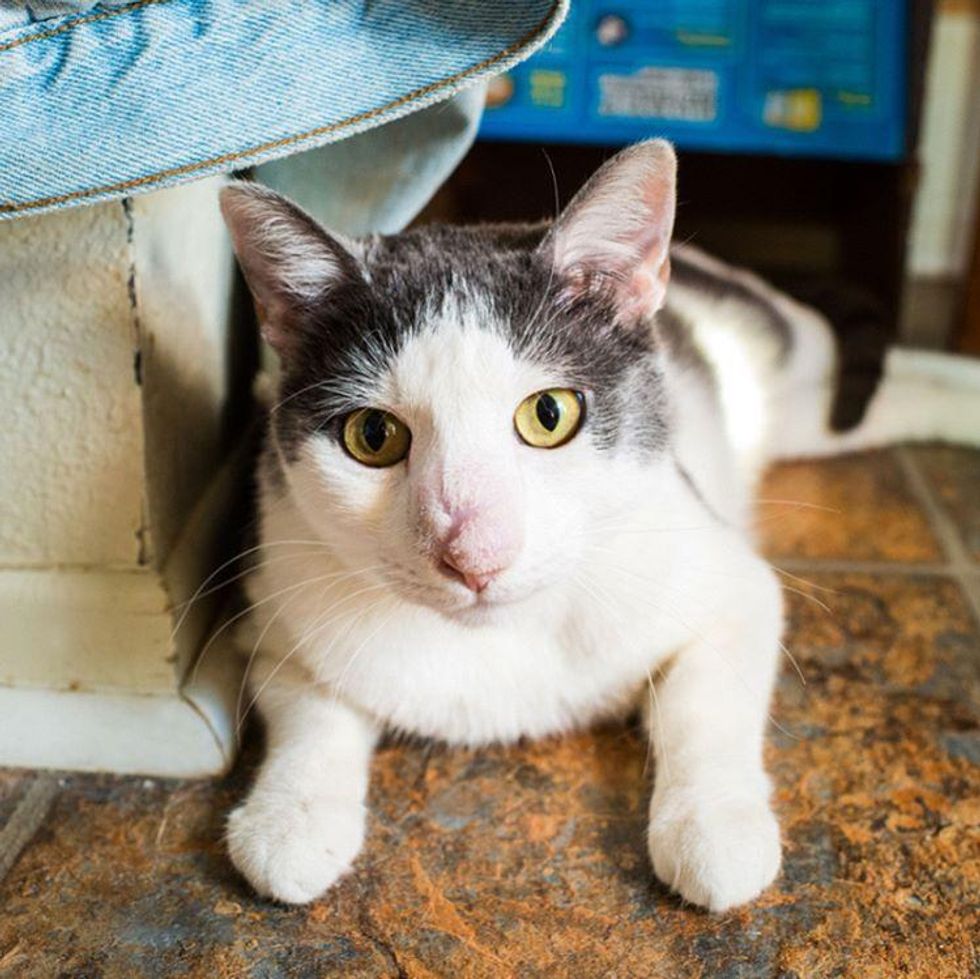