Ginger Cat Comes to Woman for Food One Day But Returns Unrecognizable, $6,000 Later...

A woman began to care for a ginger stray cat who came to her work place one day, looking for food. She and her co-workers happily obliged to his request. Then the cat disappeared for five days, only to return looking like something out of a horror movie...

They scooped him up. "6k later, he's the best indoor baby I could ask for," Melissa said. 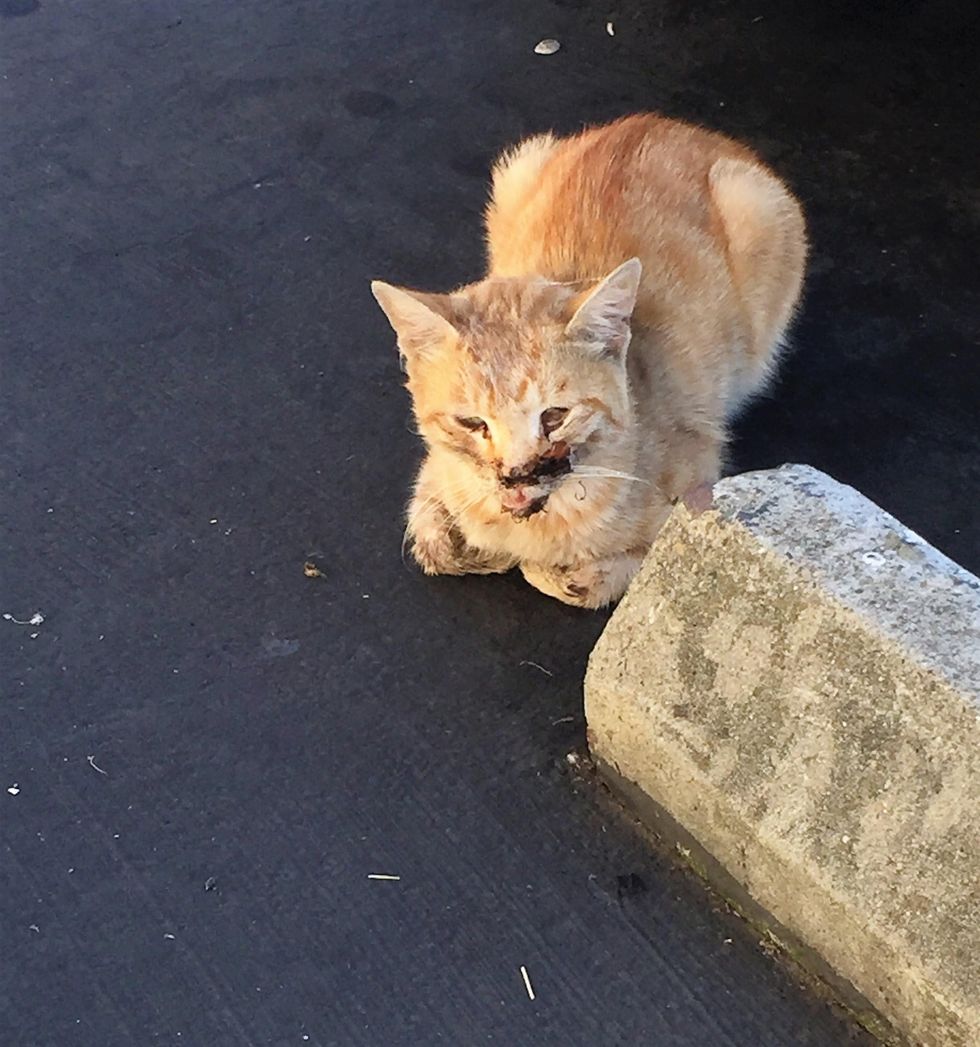 The kitty's name is Mister Pickle.

"This little man was a stray coming around my work for food and of course we obliged his needs being a pet (supply) store…," Melissa said. "Missing for five days he showed up looking like this. I took myself and a dedicated friend/coworker and an on call vet to track and net trap him."

Once Pickle was successfully trapped and brought to the vet, they realized what a critical condition he was in. He had a huge body abscess that needed to be drained through tubes.

Pickle gives his rescuer headbutts while purring up a storm. 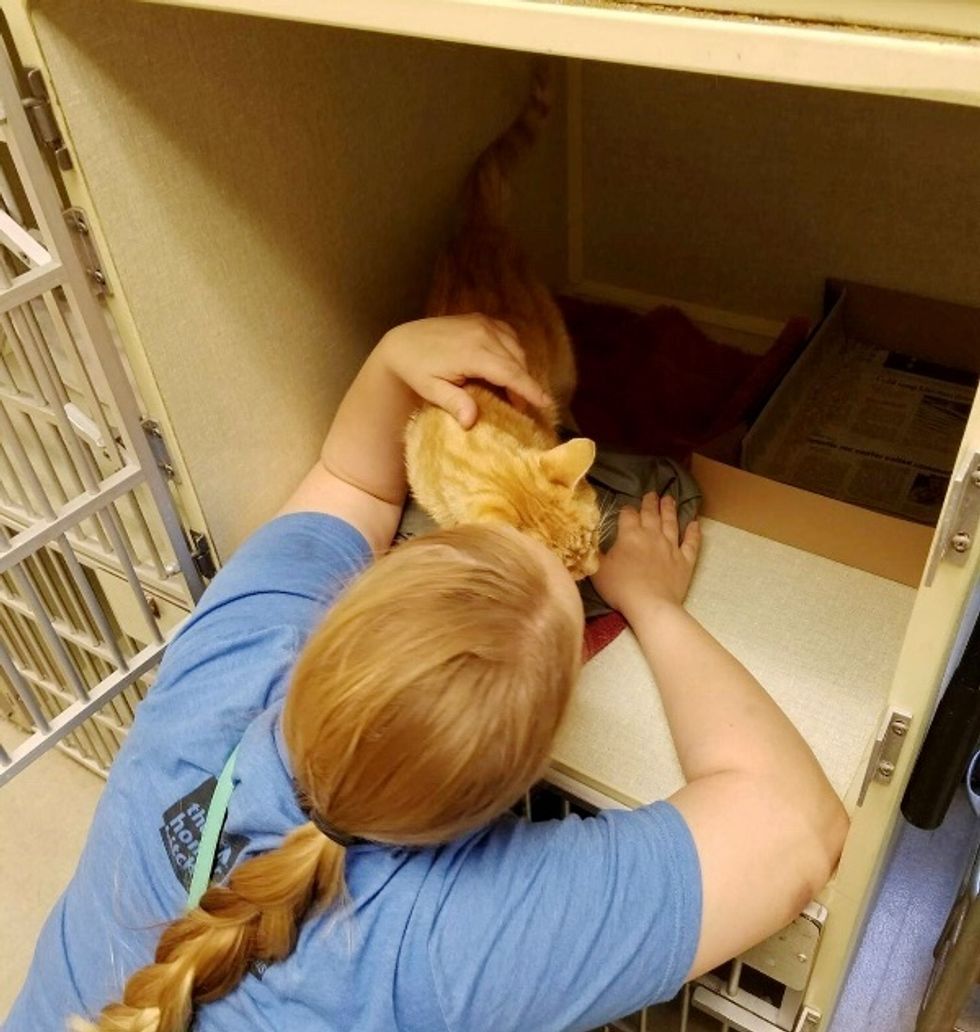 Pickle also suffered from a broken jaw that was later repaired.

The ginger boy was so brave and purred when he realized that the humans were helping him through the ordeal. 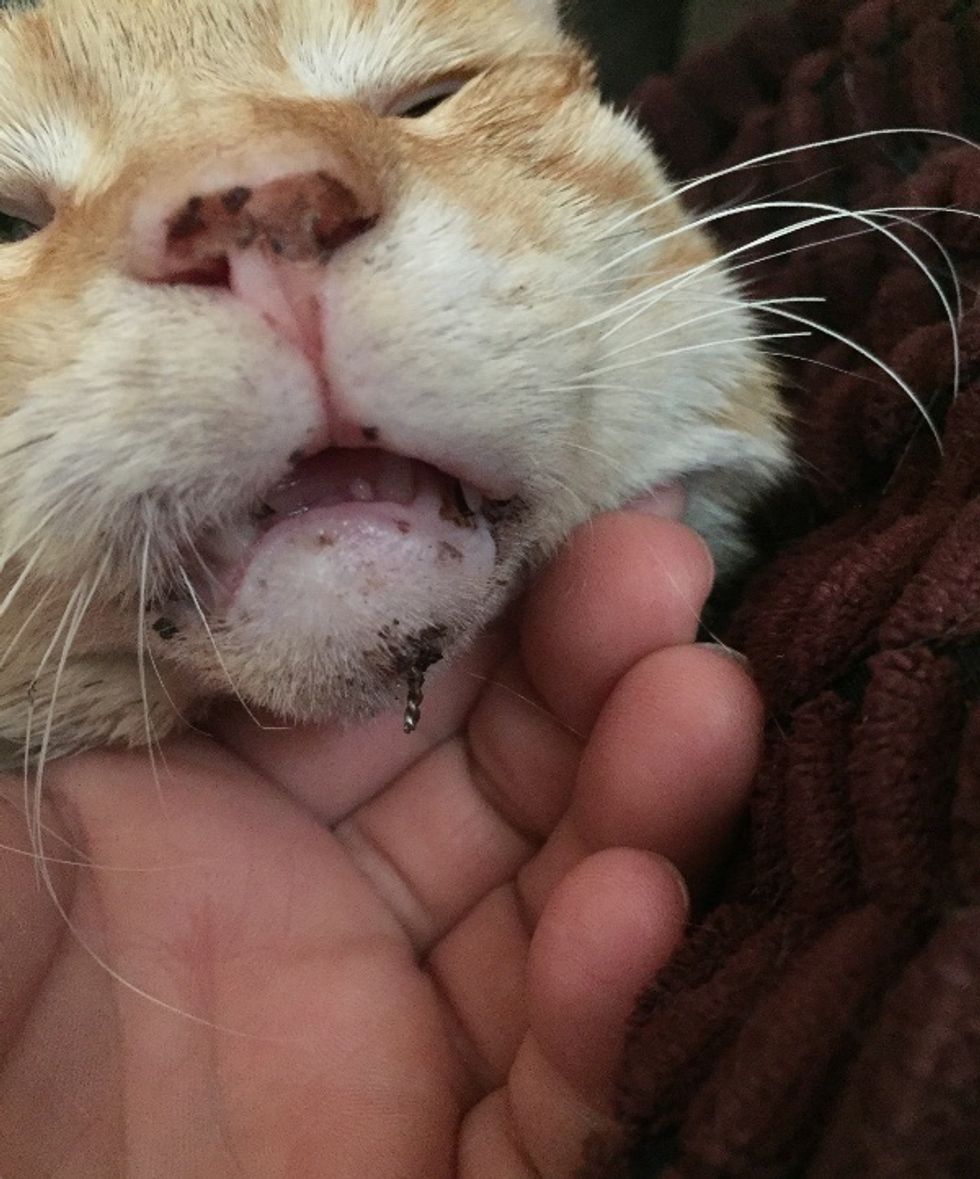 He couldn't stop thanking his rescuer.

After a total of 45 days in the hospital and facial reconstruction surgery, he was in good spirits and happy. 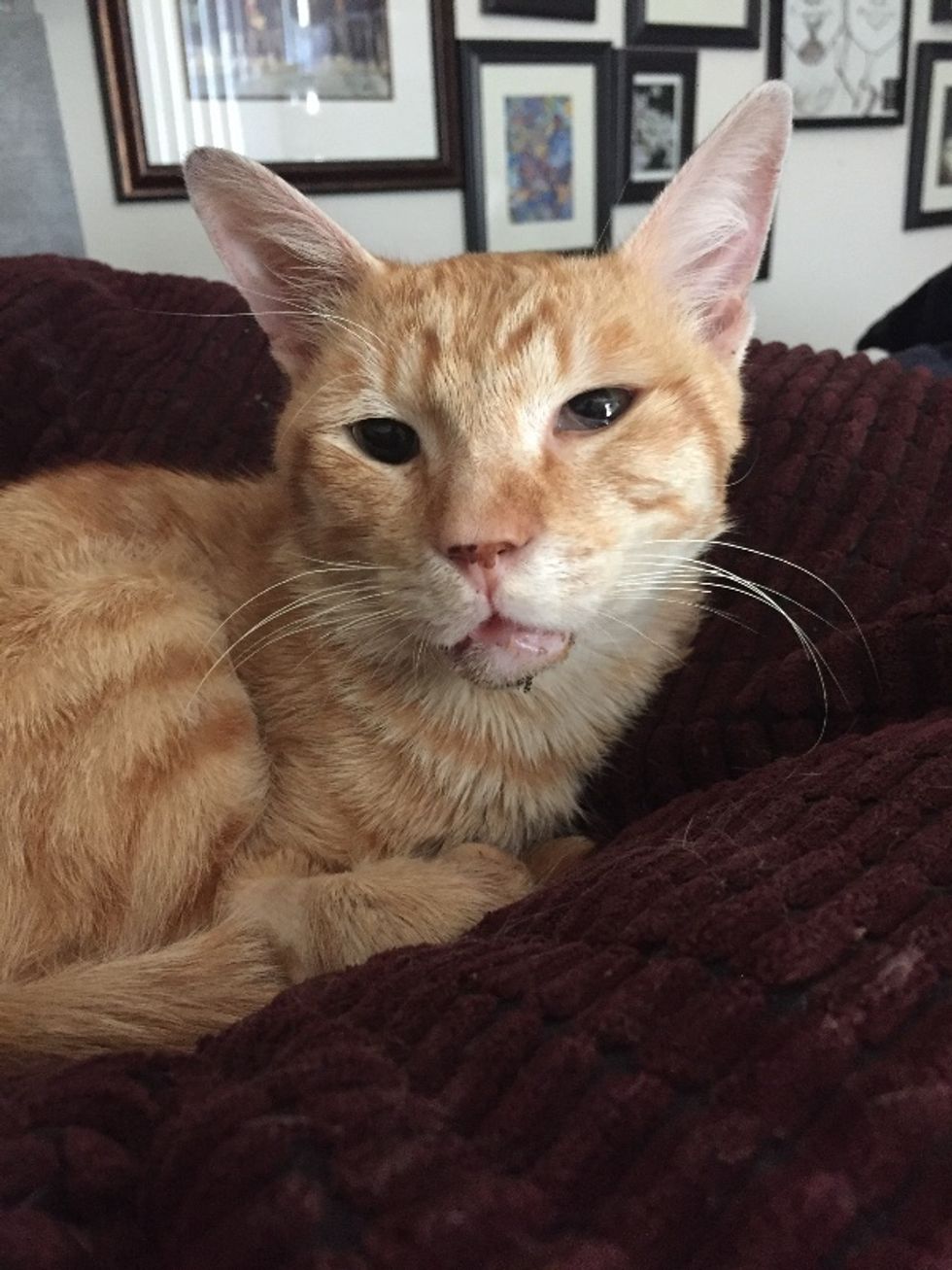 They put him in a little shirt for extra protection while he was healing.

"He looked oh so cute in his t-shirts." 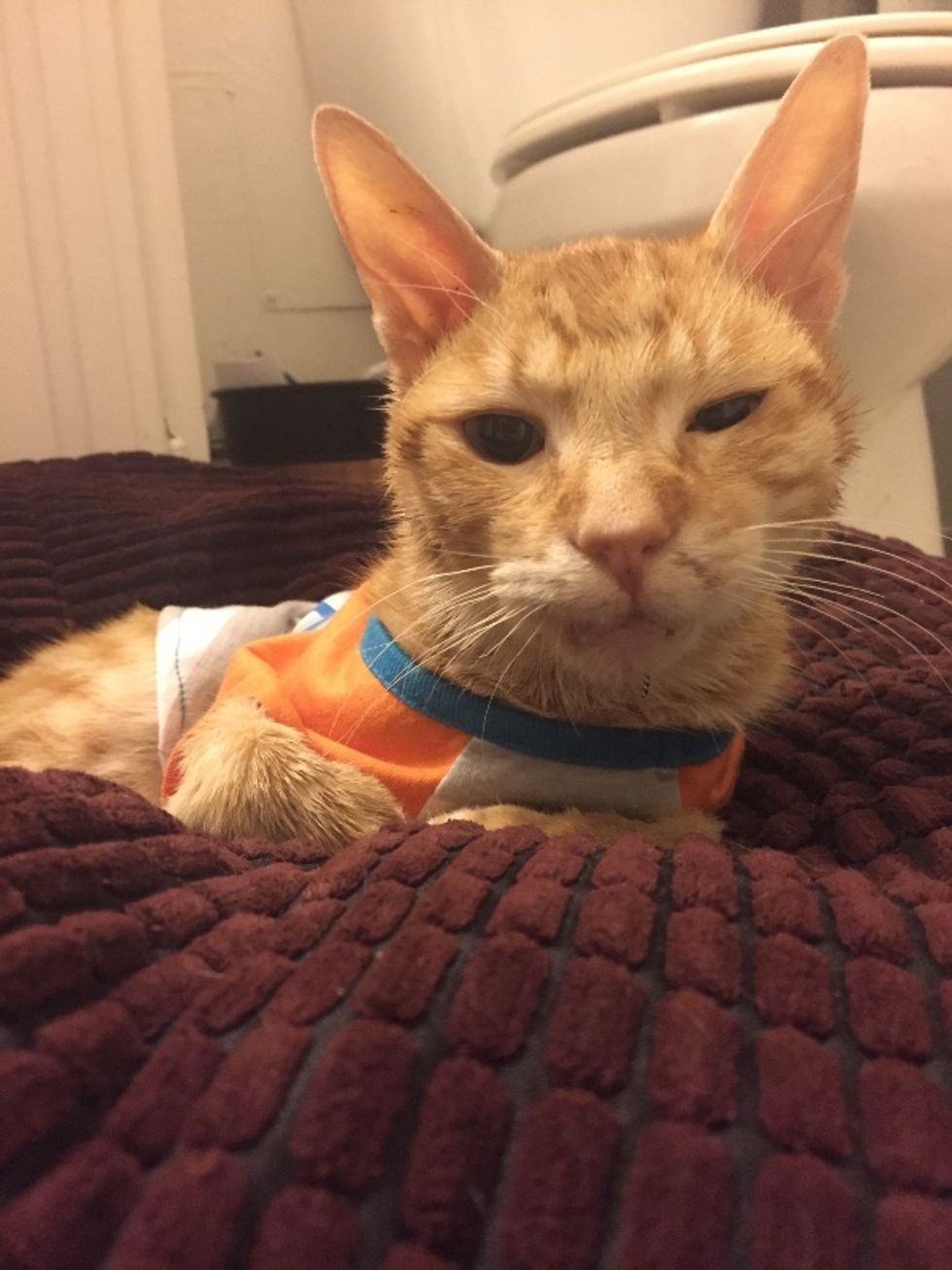 "The day the wire came out of his jaw so he could go sans t-shirts and put his bald body on display." 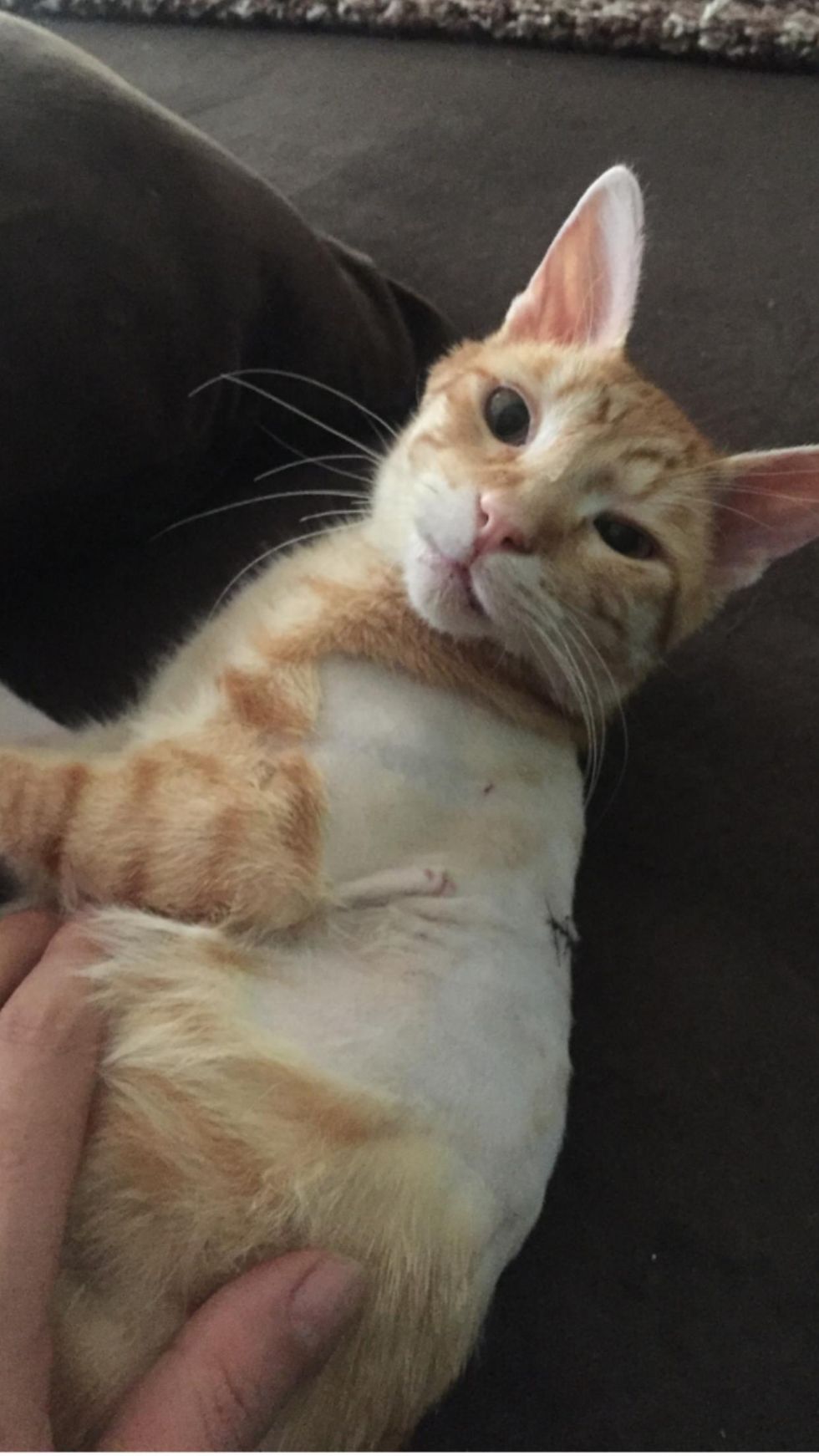 Pickle settled in his forever home wonderfully and bonded with Ted the brown tabby who took him under his wing. 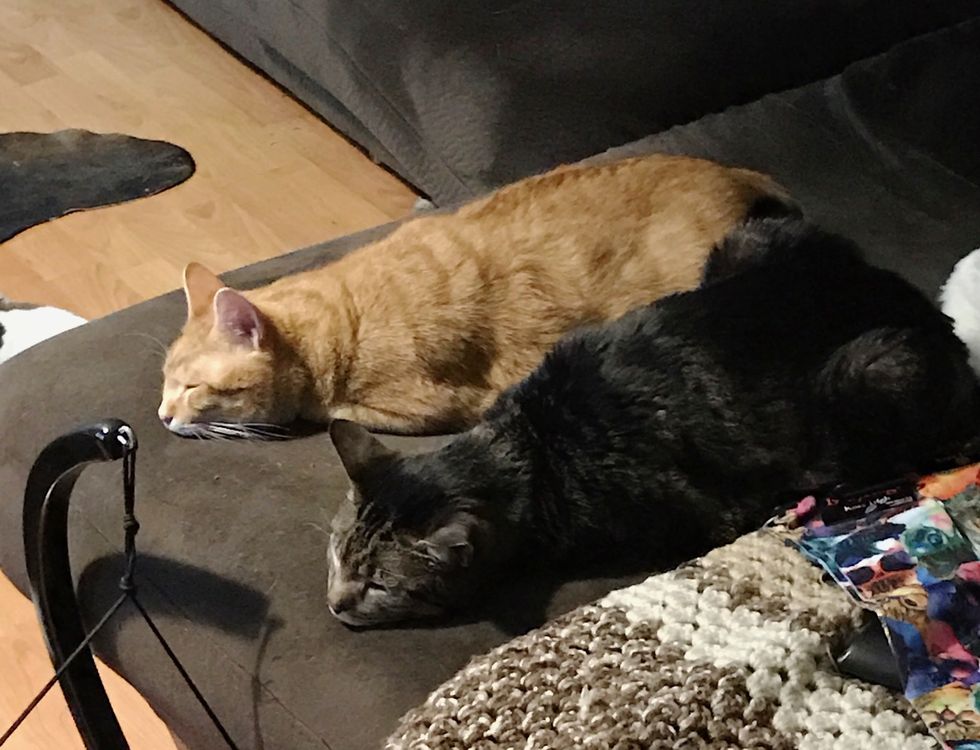 Best friend and brother from another cat mother. 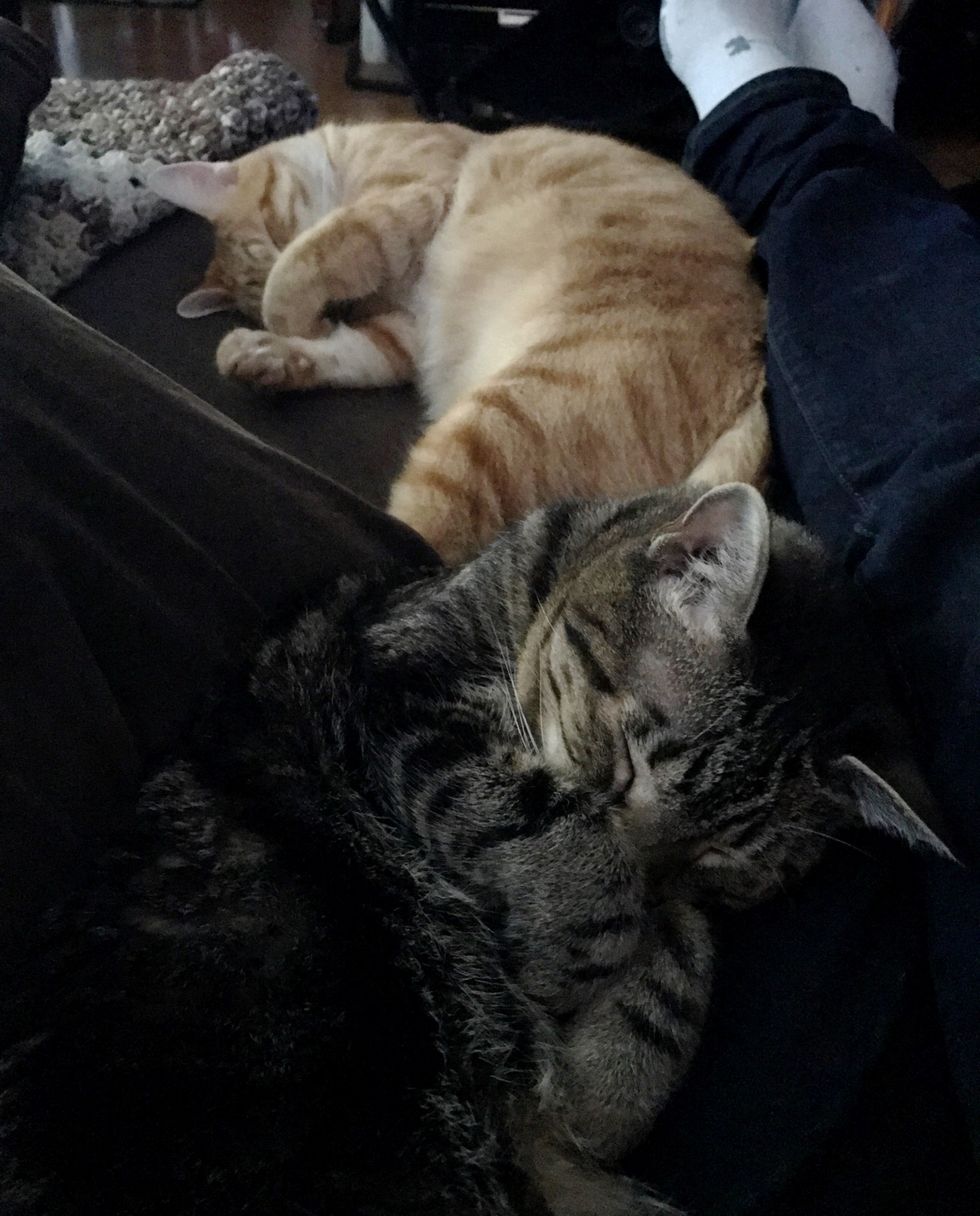 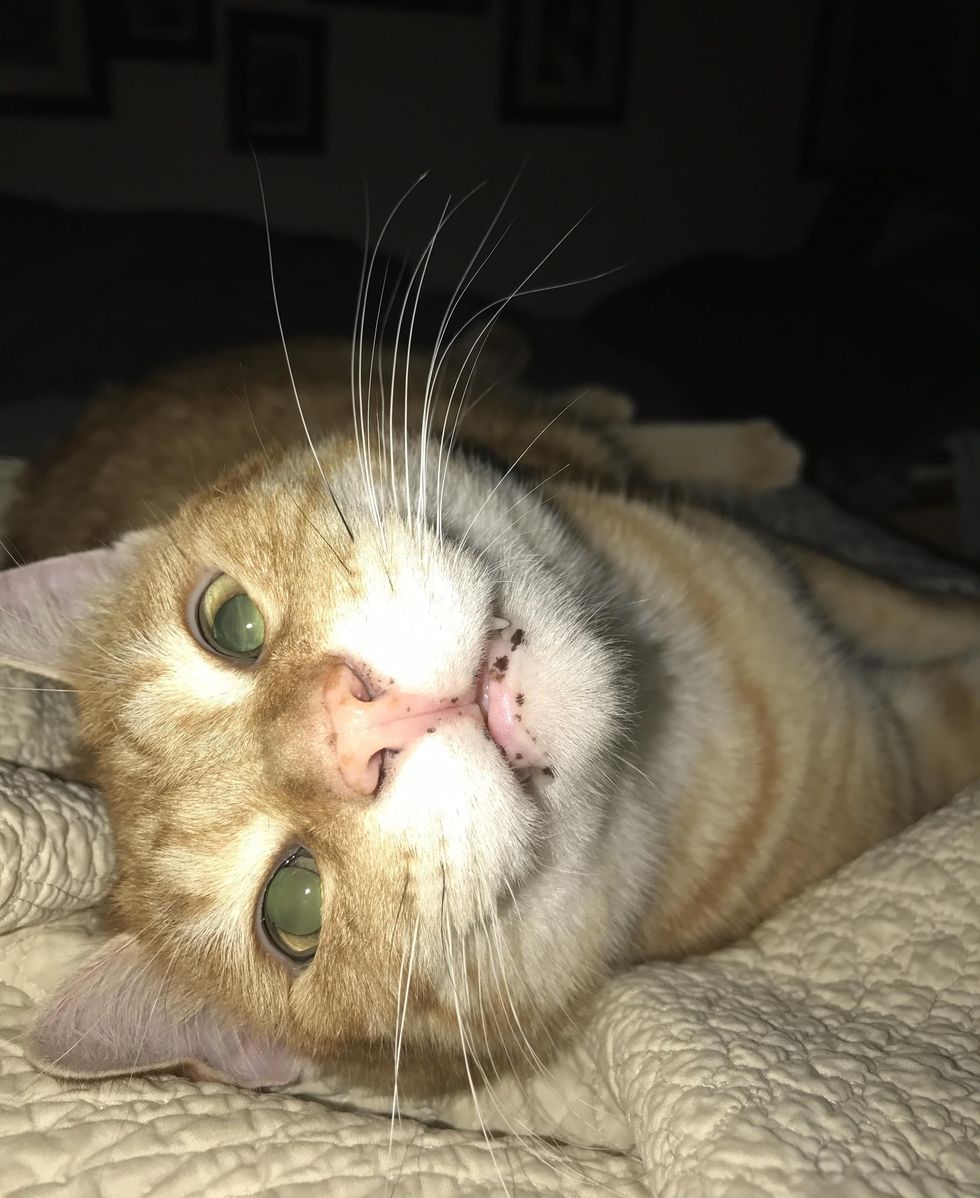 It took about $6,000 and a lot of hard work, but it was worth every penny. Pickle has fully recovered and is as handsome as he can be.

He purrs and snuggles up to his human, telling her how happy he is every day! 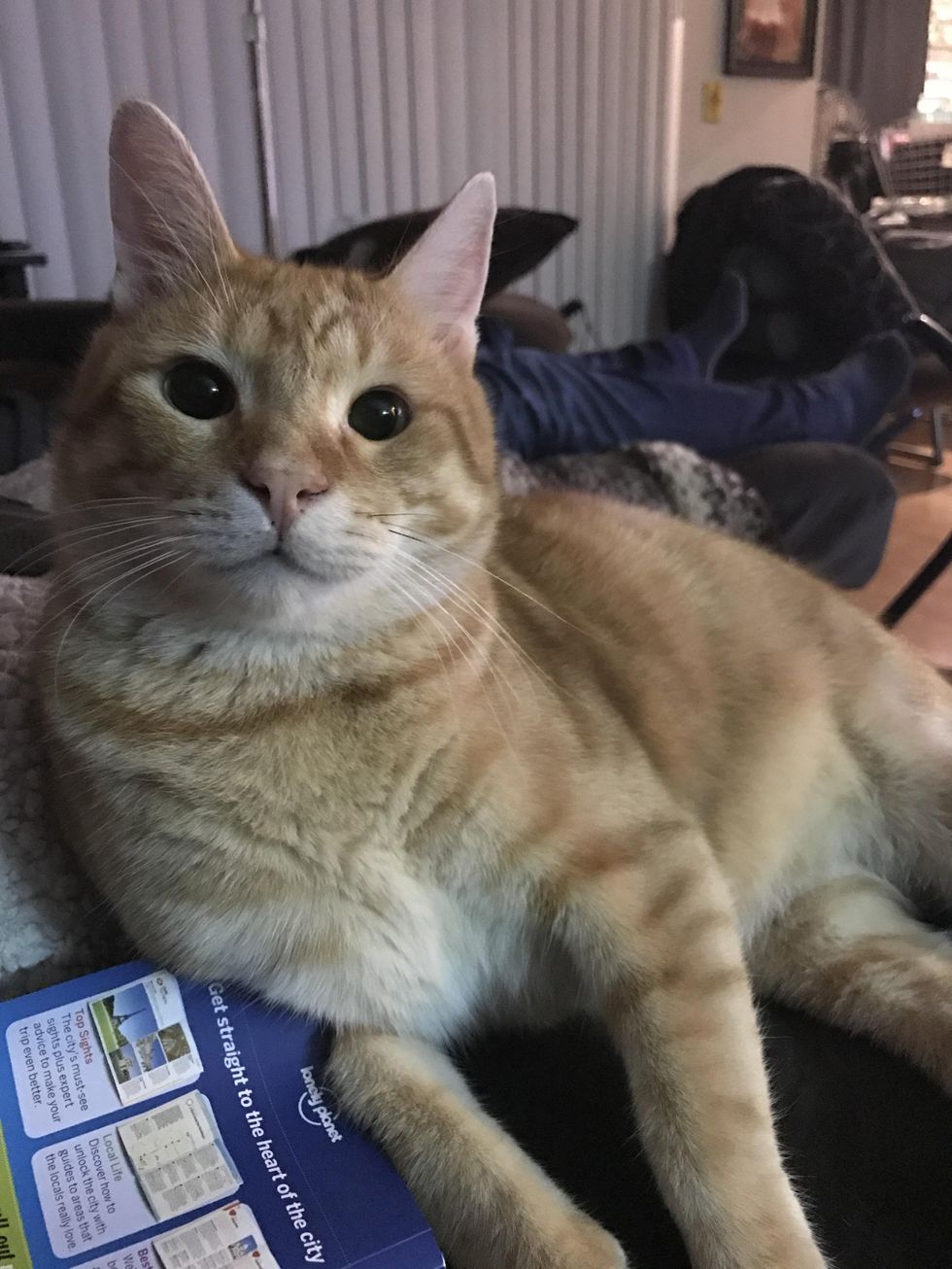 Share this story with your friends. More info at imgur. (h/t: boredpanda)