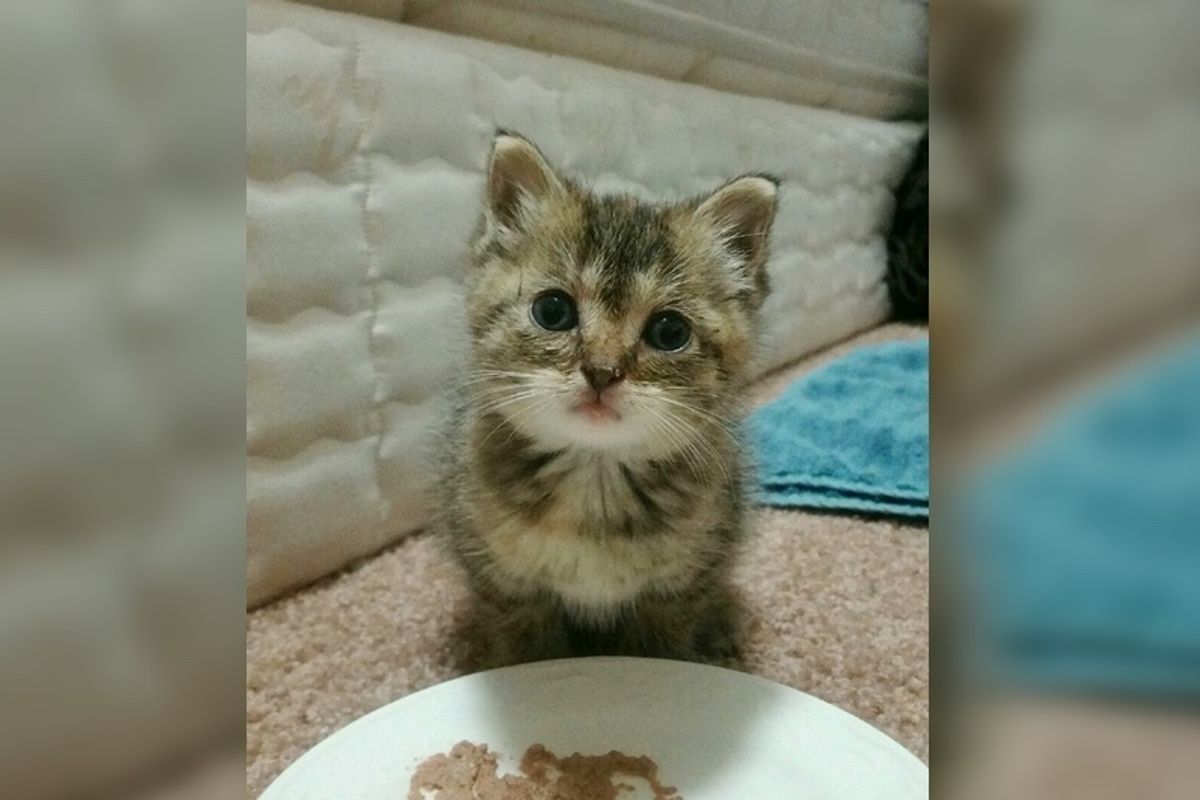 Couple Woke Up to Loudest Meows from a Teeny Stray Kitten Asking for Help, Now a Few Months Later...

A couple woke up to the loudest meows from outside their house. They found a tiny stray kitten begging for help.

One morning Mike and his girlfriend heard the loudest meows coming from outside their house. Upon investigation, they found the tiniest little tabby kitten with the loudest set of lungs.

The kitten was alone and just kept meowing as loudly as she possibly could. "They put her in the guest bedroom to separate her from their two cats, since she was a stray. They had her for a week to make sure her mom didn't return before they tried to find her a home," Stevensdn, friend of the couple, told Love Meow.

At the time Stevensdn was in the process of taking a shelter kitten home. "Mike knew I was looking to adopt a kitten and kept trying to get me to take her."

When he saw the picture of little Athena, he simply couldn't say no. "Now I have two awesome cats who love each other, it worked out perfectly."

"See that glint in her eye? It's all the mischief running through her mind.

"Athena climbs anything she can sink her claws into, knocks books off the bookshelf, hides all my hair clips, plays in her litter box, and wakes me up at 3am sharp every single morning for mandatory head scratches."

When Athena came to her forever home, she was a bit lethargic since she had fleas, round worm and an upper respiratory infection, but her forever humans nursed her back to health.

"It was super nice to see her turn into a happy, mischievous kitten."

Soon Athena met her new brother from another mother, Apollo!

"Athena was a bit little grumpy when Apollo joined the gang! She'd hiss at him and hide but he eventually wore her down," Stevensdn told Love Meow.

"They bring a lot of joy to the apartment and it's really nice to know that they have company when my sister and I aren't home."

Little Athena has grown into a gorgeous lady cat!

"She has a pigeon-like coo in her purr, so maybe she is part bird! She's a little mischief maker but a total lovebug."

Related story: Stray Kitten Walks Up to Man, Takes Over His Skateboard and Heart, Now a Year Later..