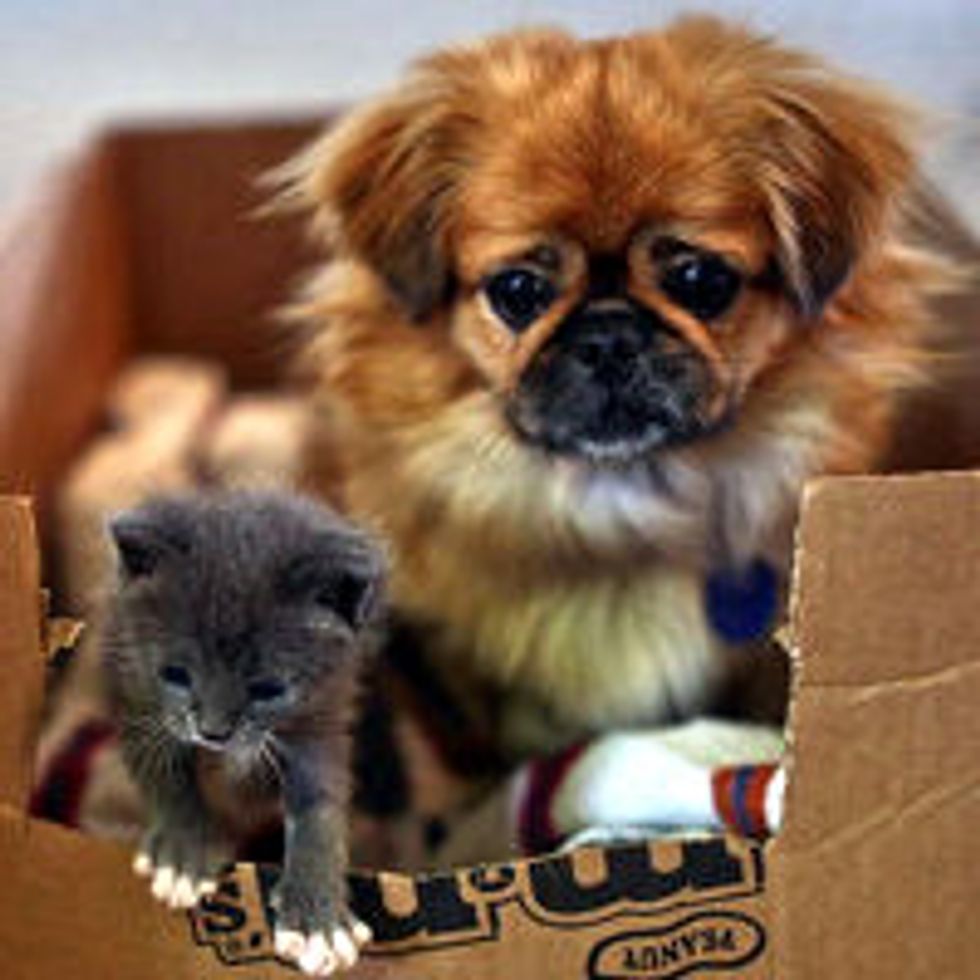 A small kitten was found in a pole barn in Jordan, MN by Pat Weber's grandson. The kitten was only a couple days old still with her eyes shut. She, as tiny as a furball, was all by herself where the cat mother was nowhere to be seen.

"As Weber put the kitten on the carpeted floor to call a veterinarian, Mittens approached, nuzzled the kitten and let her suckle, even though the dog wasn't pregnant or nursing a litter of her own. She had given birth to puppies, but that was two years ago."

Mittens even started producing milk 3 days after they were introduced. According to Weber via Start Tribune, Mittens decided that the little orphan kitten needed a mother, and she felt she fit right into that role.

They named the kitten Bootsie, who has become a happy, healthy little kitty thanks to the care of the Weber household, particular the motherly love from Mittens.

"The miracle was that after three days my dog had milk to feed the kitten with, and I didn't have to get up every two hours to feed her formula out of bottle," said Weber via Start Tribune.